A British scientist and wingsuit champion has died in a base jumping accident in Saudi Arabia.

Astronautical engineer Dr Angelo Grubisic, 38, lost his life while taking part in a planned jump in the Middle Eastern country on Tuesday.

Just weeks before Dr Grubisic, who had led a wingsuit design team at the University of Southampton where he lectured in astronautics and advanced propulsion, was crowned British wingsuit champion.

The ‘phenomenally talented’ scientist had previously worked on spacecraft propulsion for the European Space Agency and NASA – and in 2015 he set up the ‘Icarus Project’ which sought to design a world-record breaking wingsuit while improving safety. 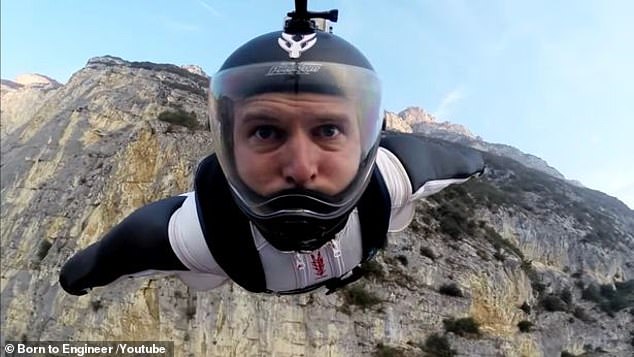 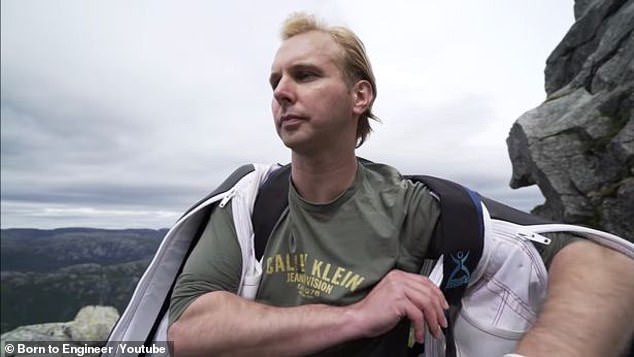 In a statement to the BBC, his family said: ‘Angelo lost his life doing what he loved the most, wingsuit base jumping, and we want to ensure his achievements and ambitions are known to the world and to celebrate the mark he made on all of our lives.

‘Angelo captivated the hearts and minds of every single person who was privileged to meet and work with him.

”’The candle that burns twice as bright burns half as long” has never rang more true to the family and friends Angelo had across the world.’

One former student, Nathan Vosper, paid tribute to Dr Grubisic, saying: ‘Incredibly sad news that one of my favourite lecturers when I studied at @unisouthampton, @AngeloGrubisic has passed away.

‘A fantastic lecturer & inspiration for us all. A real life rocketman. Fly easy up there.

Dr Grubisic was a specialist in selective laser melting as applied to additive manufacturing.

He joined the Astronautics group at the University of Southampton in 2013 after working as a consultant AIT and Systems Engineer for QinetiQ.

In January this year he had given evidence into the death of fellow wing suit jumper Rob Haggarty, from Andover, Hampshire, who died from multiple head and chest injuries after he failed to clear a cliff ledge on a 8,000 ft high Italian mountain.