London: Britain and Europe have struck a trading deal just a week out from Brexit, ending four years of bitter break-up talks since the UK voted to leave the single market in the 2016 referendum.

The Christmas Eve breakthrough came after Britain and the EU made big concessions on key sticking points, including fishing rights, how the trade deal will be enforced and fair competition for companies. 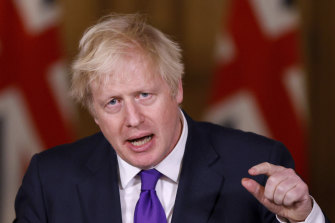 "Everything that the British public was promised during the 2016 referendum and in the general election last year is delivered by this deal," the statement said.

EU Commission chief Ursula von der Leyen confirmed the deal had been made.

"It was worth fighting for this deal," she tweeted.

"We now have a fair & balanced agreement with the UK.

"It will protect our EU interests, ensure fair competition & provide predictability for our fishing communities.

"Europe is now moving on.

"Today is a day of relief," the EU's chief negotiator Michel Barnier said in a news conference.