Britain will leave the European Union at 23:00 GMT on March 29, 2019, severing the ties that helped define its national identity, its laws, and its international stature over 46 years of integration with European neighbours.

The world’s sixth-largest economy caused a major global shock in 2016 by narrowly voting to withdraw from the EU after a fevered referendum campaign that sharpened regional divisions and exposed deep distrust between voters and the political establishment.

In the 21 months since the referendum vote, Theresa May, who became prime minister in the resulting political chaos, has struggled to unite the country behind a single vision of Brexit.

Polls show voters’ disparate views on leaving are entrenched, and few have any certainty about Britain’s long-term future.

May has 12 months to plot a successful course through difficult political and economic terrain; she is touring the country on Thursday and is expected to promise bright prospects outside the EU.

But not everyone agrees. Will Dry was studying Politics, Philosophy and Economics at Oxford University when Britain voted to leave the EU.

He himself opted for Brexit but now regrets that decision. He has taken a year out of his studies to work full-time with the campaign group he cofounded, Our Future Our Choice, which is working to stop Brexit by mobilising young people.

Al Jazeera: Is it late to stop Brexit?

Will Dry: No, absolutely not, the woman who occupies Downing Street at the moment does not have a majority in parliament which means she can’t actually force through the deal which she comes back with from Brussels … that leads to a constitutional crisis that can only be answered by a public vote on the deal.

Al Jazeera: Can Brexit be overturned legitimately through a second referendum?

Dry: Parliament is sovereign. Parliament should exert complete control over this process, but ultimately I do believe that the fairest and best way to prevent Brexit from going ahead is through a public vote on the deal that Theresa May comes back with.

Al Jazeera: There are a lot of people who may be Brexit sceptics but nonetheless just want the government to get on with it.

Dry: Yes, we are heading towards Brexit, but there are significant contradictions which the government has yet to explain how to overcome them.

As those contradictions become clear, as the cost and consequences of Brexit become more clear, people are perfectly entitled, like myself, to change their mind and say:

Will Dry, cofounder of Our Future Our Choice 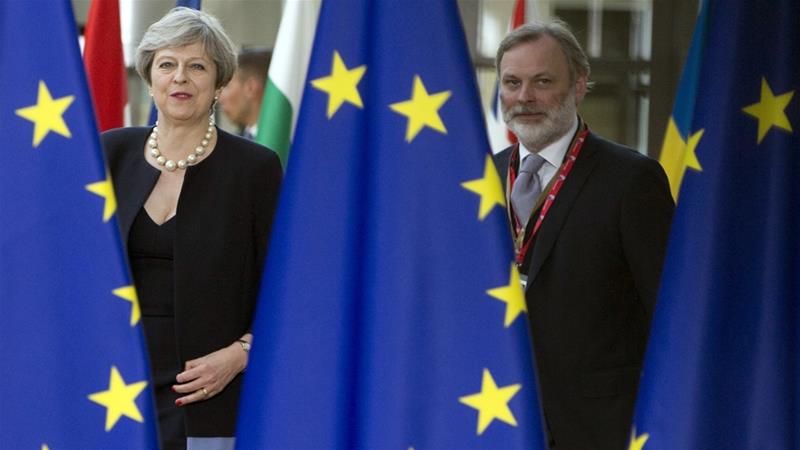 Brexit: One year on