‘The First Lady’s husband contracted COVID’: Biden has to be corrected after gaffe suggesting HE has tested positive – when he meant to say Kamala’s husband Doug Emhoff

Joe Biden made a major gaffe Tuesday by saying he contracted COVID-19, when meaning to say that second gentleman Doug Emhoff had tested positive for the virus that day.

Someone off to the side quickly corrected Biden, pointing out that his statement would mean he was the one with COVID.

‘That’s right,’ he said to laughter from the room.

‘She’s fine. Second lady – the first gentleman, how about that?’ he said with a smile as he continued his gaffe regarding the relations of who had coronavirus.

Texas Republican Senator Ted Cruz, who is an active critic of Democrats on Twitter, posted a clip of the comment with: ‘The First Lady’s husband has no idea what he’s saying….’

Emhoff, 57, tested positive after spending the afternoon with AmeriCorps at an environmental community service project in an urban garden in Northeast Washington, D.C.

The statement said that Vice President Kamala Harris tested negative for COVID-19 on Tuesday, but will continue to test now that her husband contracted the virus.

‘Out of an abundance of caution, the Vice President will not participate in tonight’s event,’ it added, referencing the Women’s History Month event at the White House. 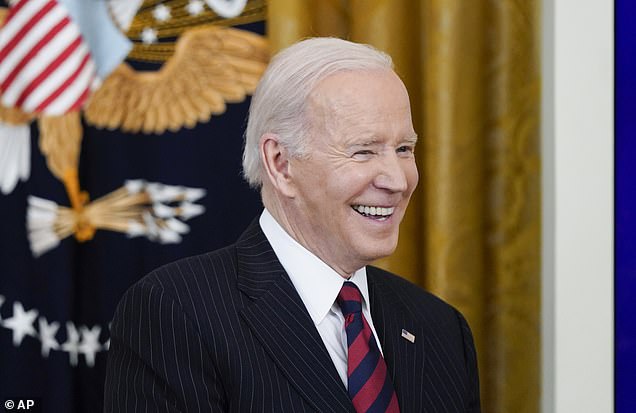 President Joe Biden made a major gaffe at the White House Tuesday by saying he tested positive for coronavirus rather than second gentleman Doug Emhoff. ‘The first lady’s husband contacted COVID,’ Biden said, before someone pointed out that statement would mean he was the one with the virus 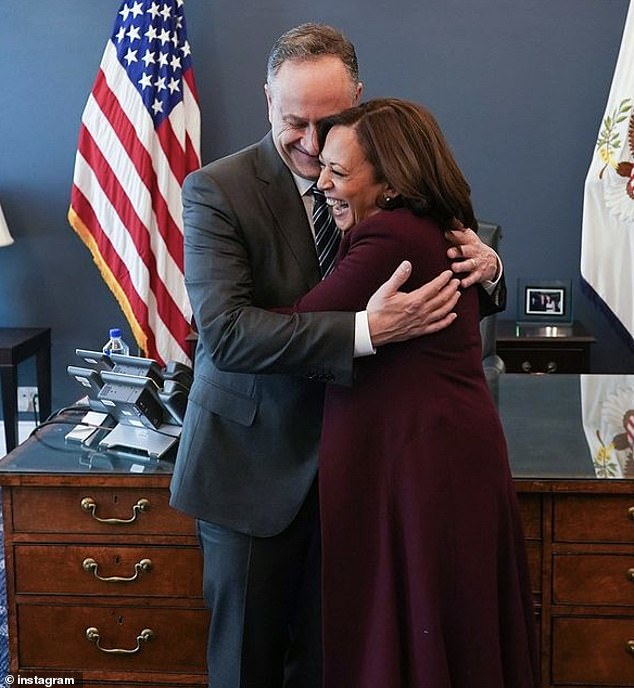 Emhoff (left) tested positive for COVID-19 on Tuesday, causing wife Vice President Kamala Harris (right) to skip out on a Women’s History Month event at the White House ‘out of an abundance of caution’ despite testing negative

The event still went on as planned Tuesday evening, but Biden made his major faux pas by accidentally claiming he was the one who got COVID.

Biden told the crowd to send ‘our love’ to Harris, the first woman to serve as vice president, since she could no longer attend the event celebrating women in the workforce and promoting equal pay between men and women as part of Women’s History Month.

It also came after a group of seven House Democrats reported testing positive after attending a party retreat in Philadelphia over the weekend.

Biden attended and spoke at the event on Friday, but White House Press Secretary Jen Psaki said Tuesday that he tested negative on Sunday.

Another pair of lawmakers who didn’t go to the retreat also reported testing positive Friday and Monday.

The slew of positive results comes after the House finally lifted its mask mandate after two years of restrictions and lawmakers resumed the practice of gathering in close quarters in the chamber without masks. 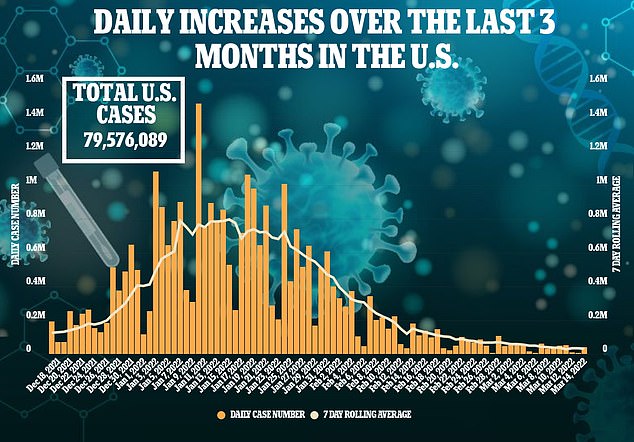 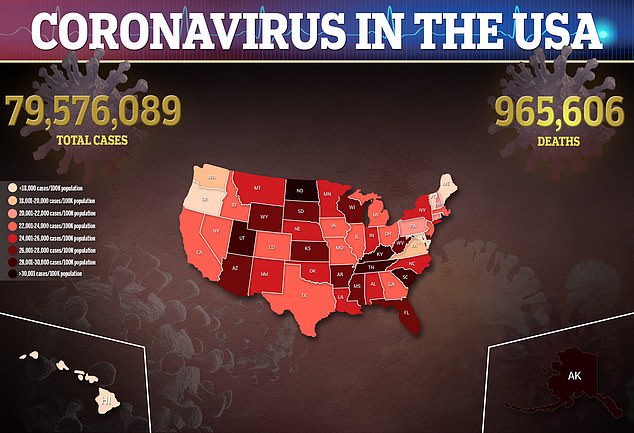 The U.S. is closing in on the 1 million mark for deaths from COVID-19

Among those reporting positive cases were senior members of the Democratic caucus, including powerful House Appropriations Committee Chairwoman Representative Rosa DeLauro from Connecticut, 79 and impeachment managers Representatives Zoe Lofgren of California, 74, and Madeleine Dean of Pennsylvania, 62.

Masks were optional at the retreat, which came during a time of lessening COVID restrictions.

‘I took a step away from my career to support our first woman vice president, who happens to be my wife, Kamala Harris,’ he told reporters during his trip to an urban garden in D.C. Tuesday afternoon.

‘So it was something that was a no brainer to do, but I love practicing law. I loved every minute of it, but this is so rewarding,’ he added.

‘While I do miss what I was doing,’ the country’s first second gentleman said, ‘if I was if I was going to step away from it, this is such an incredible honor to be able to do this and also, again, to support my wife.’

‘So I’m hoping to set a good example by what I’ve done,’ he concluded in reference to giving up his career as a lawyer to move to Number One Observatory Circle with Harris. 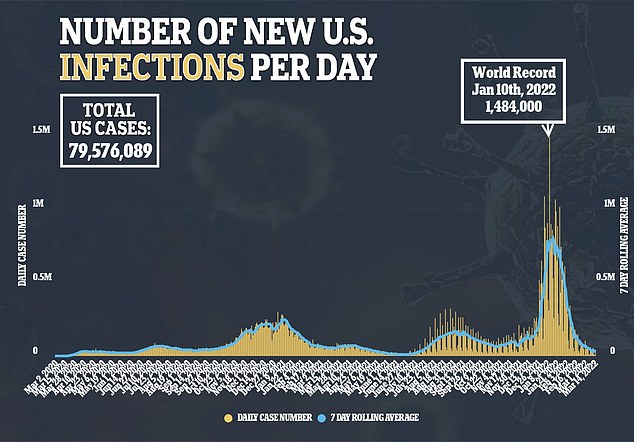 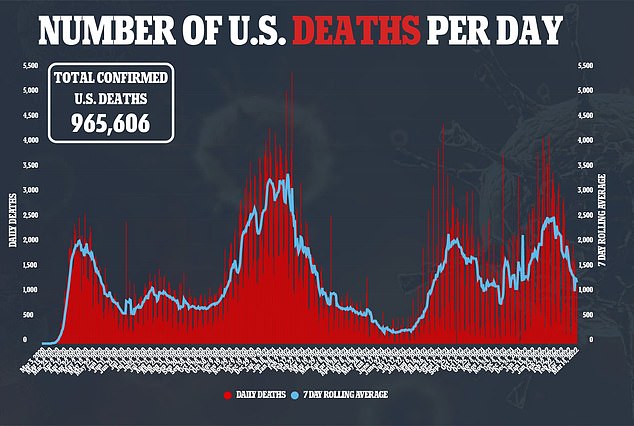