BRASILIA (Reuters) – Right-wing nationalist Jair Bolsonaro was sworn in as Brazil’s president on Tuesday, and immediately called on Congress to combat endemic corruption and promised to “work tirelessly so that Brazil reaches its destiny.” 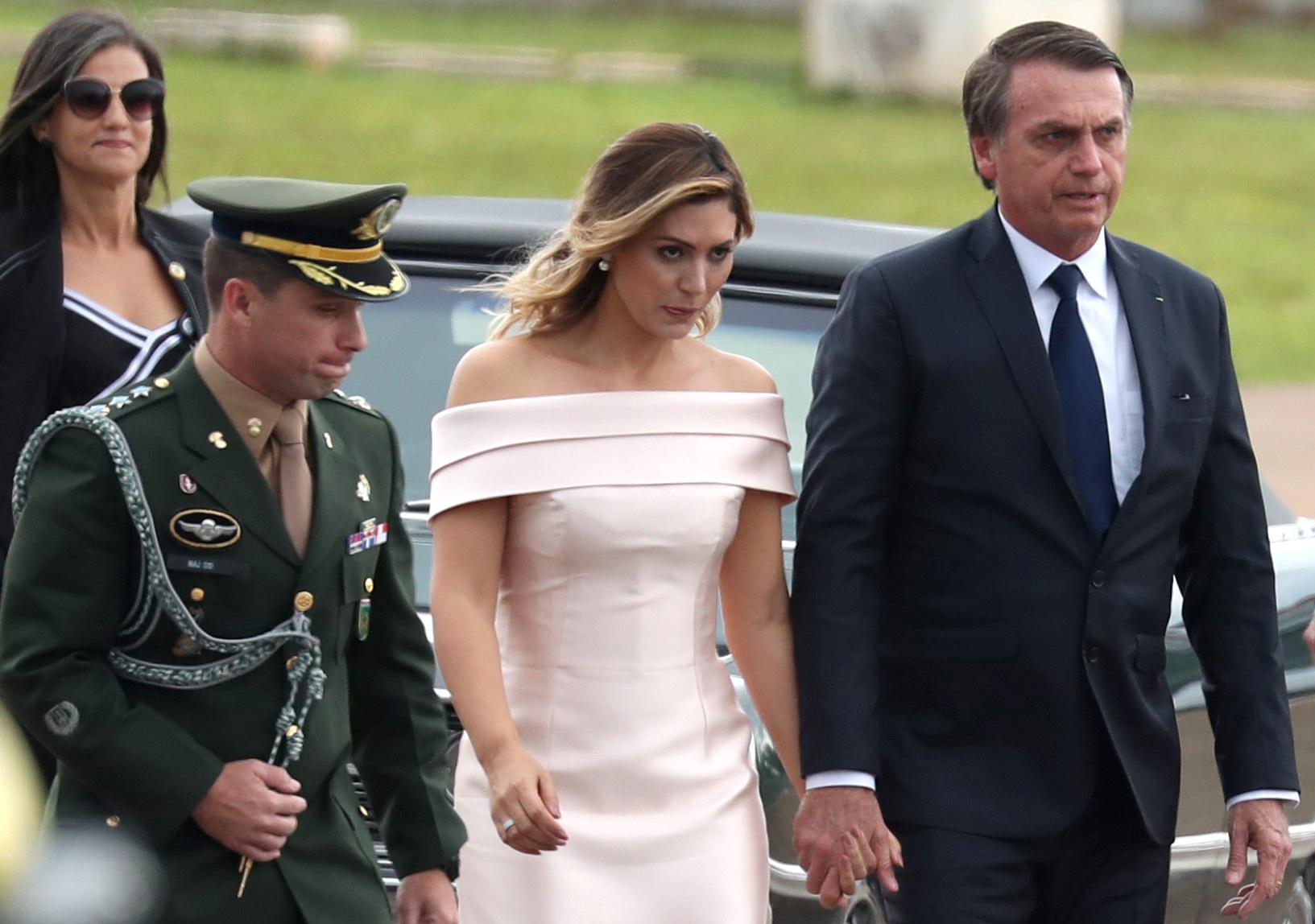 Addressing a joint session of Congress minutes after taking the oath of office, Bolsonaro, a former Army captain and admirer of the country’s 1964-1985 military dictatorship, vowed to adhere to democratic norms.

He said his government would be guided by the promises he made to Brazilian voters fed up with graft, high levels of violent crime and a still-sputtering economy.

“I will work tirelessly so that Brazil reaches its destiny,” Bolsonaro said after being sworn in. “My vow is to strengthen Brazil’s democracy.”

On the economic front, the new leader promised to “create a new virtuous cycle to open markets” and “carry out important structural reforms” to shore up a yawning public deficit.

Bolsonaro, 63, was a seven-term fringe congressman who rode a wave of anti-establishment anger to became Brazil’s first far-right president since a military dictatorship gave way to civilian rule three decades ago.

Bolsonaro plans to realign Brazil internationally, moving away from developing nation allies and closer to the policies of Western leaders, particularly U.S. President Donald Trump, who sent Secretary of State Mike Pompeo to his inauguration.

As a clear sign of that diplomatic shift, Bolsonaro plans to move the Brazilian embassy in Israel from Tel Aviv to Jerusalem, breaking with Brazil’s traditional support for a two-state solution to the Palestinian issue.

Crowds of supporters, many with the Brazilian flag draped around their shoulders and with faces painted yellow and green, the national colors, gathered before the Planalto palace, where later Tuesday the presidential sash will be draped on Bolsonaro.

Backed massively by conservative sectors of Brazil, including Christian evangelical churches, Bolsonaro would block moves to legalize abortion beyond even the current limited exceptions and remove sex education from public schools, opposing what he calls “cultural Marxism” introduced by recent leftist governments.

Bolsonaro has faced charges of inciting rape and for hate crimes because of comments about women, gays and racial minorities. Yet his law-and-order rhetoric and plans to ease gun controls have resonated with many voters, especially in Brazil’s booming farm country.

In an interview with Record TV on the eve of his inauguration, Bolsonaro lashed out at Brazil’s notorious bureaucracy, which makes doing business in the country difficult and expensive. He vowed to strip away the so-called “Brazil Cost” that hamstrings private enterprise.

“The government machine is really heavy,” he said. “There are hundreds of bureaucratic governing bodies across Brazil, of regulators as well. … We have to untangle the mess.”

His vow to follow Trump’s example and pull Brazil out of the Paris Agreement on climate change has worried environmentalists. So have his plans to build hydroelectric dams in the Amazon and open up to mining the reservations of indigenous peoples who are seen as the last custodians of the world’s biggest forest.

Guedes plans to sell as many state companies as possible in a privatization drive that he forecasts could eventually bring in up to 1 trillion reais ($257 billion).

That would help restore order to government finances. The key measure, however, for reducing the deficit and stopping a dangerous rise of Brazil’s public debt will be the overhaul of the country’s costly social security pension system.

Pension reform will be Bolsonaro’s biggest challenge since he has yet to build a base in Congress, where he has eschewed the political horse-trading that has traditionally helped Brazilian presidents govern the nation of nearly 210 million people. 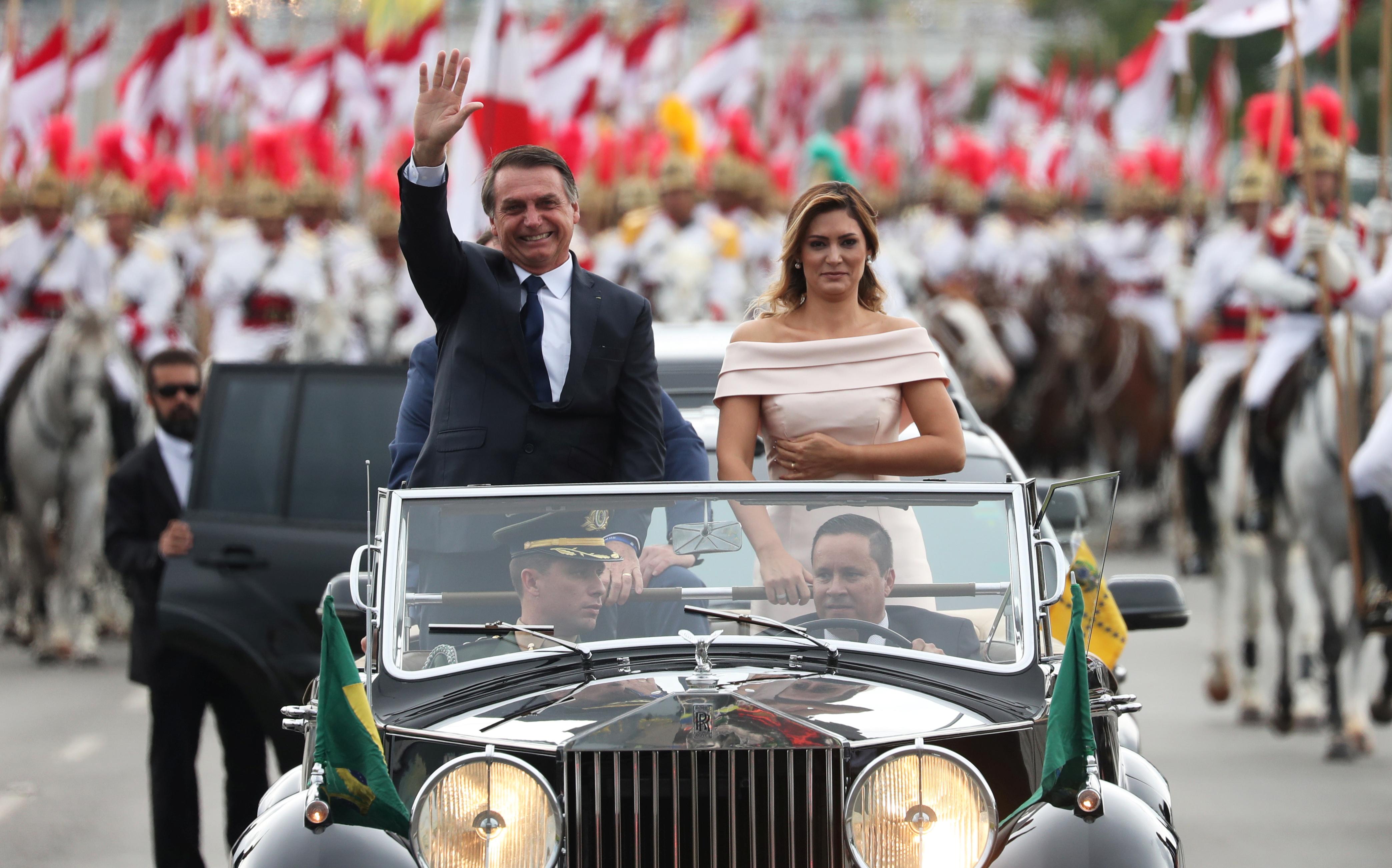 Bolsonaro may find that lax protection of the environment and human rights could have negative economic effects, more so than those faced by other far-right leaders, given the spotlight on Brazil’s Amazon jungle as a protection against global warming and because the country has more murders than any other nation.

“I think they will be good on the economy and they will probably be bad for human rights and the environment,” said Brian Winter, vice president for policy at the Americas Society and Council of the Americas in New York.

“The key question is whether those things can be separated. Most of Wall Street says ‘Yes.’ I have my doubts.”