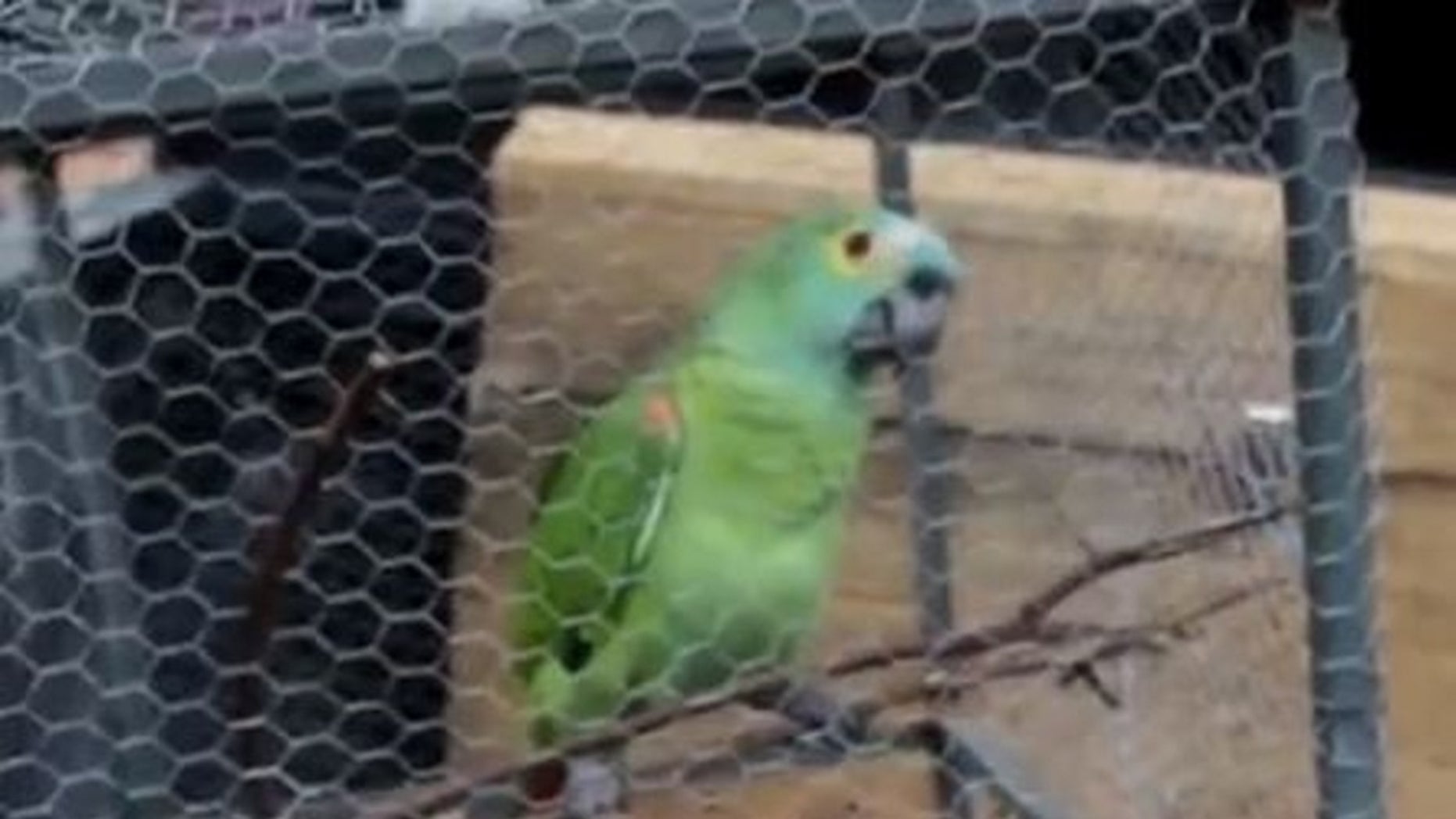 A parrot trained as a lookout for Brazilian drug dealers is keeping its beak shut after it was taken by police Monday following a raid on a local couple, according to reports.

The bird was taught to alert criminals to the presence of police in a low-income community in the Piaui state in northern Brazil, the Guardian reported. It reportedly shouted “Mum, the police!” whenever it spotted authorities in the area.

“He must have been trained for this,” one officer involved in the operation said, according to the paper. “As soon as the police got close he started shouting.”

A Brazilian journalist who came in contact with the bird described it as “super obedient” and has kept it beak shut in the presence of cops, the paper reported. A local veterinarian confirmed the bird is no stool pigeon, saying “lots of police officers have come by and he’s said nothing.”

The parrot was handed over to a local zoo where it will spend three months learning to fly before it is released.

See All The Best Looks From The Grammys 2020 Red Carpet

Bachelor fans sent into a tizzy as Peter and Victoria F. are serenaded by her ex Chase Rice during awkward date

January 28, 2020, Comments Off on Bachelor fans sent into a tizzy as Peter and Victoria F. are serenaded by her ex Chase Rice during awkward date

January 28, 2020, Comments Off on Primark is selling pink and grey Disney cushions and throws and they only cost £7

January 28, 2020, Comments Off on Epstein 'sex slave' lawyers threaten to subpoena Prince Andrew if he enters US
We and our partners use cookies on this site to improve our service, perform analytics, personalize advertising, measure advertising performance, and remember website preferences.Ok