Parking Del Boy would be proud of! Brazen motorist leaves three-wheeler Robin Reliant in a bay for motorbikes – but warden fails to see the funny side and slaps it with a ticket

A brazen motorist risked leaving their three-wheeler car in a bay for motorbikes but a traffic warden didn’t see the funny side and put a ticket on the Robin Reliant.

The vehicle, which was spotted on Temple Row in Birmingham, was left poking its bonnet out over a box marked ‘Solo Motorcycles Only.’

Although Only Fools And Horses’s Del Boy may have approved of the ingenious solution it clearly didn’t go down well and was slapped with a ticket this week.

The driver had squeezed in beautifully between two motorbikes in the space which is supposed to house six motorcyles. 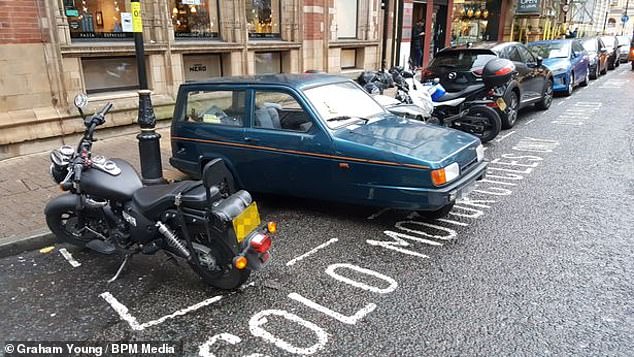 It also had a ‘Think Bike’ sticker in the back window – so even if the driver knew he had a car, he was still thinking about bikes.

More than three hours after the ticket was issued the car was still there in the two hour limited space at 6pm, reports BirminghamLive.

At the same time a larger motorcycle bay round the corner was said to be empty of motorcycles so the three wheeler wasn’t taking space from bikers.

The council’s on-street parking section online details the prices for bays – but makes no reference to three-wheel vehicles.

In total, the council provides 22 motorcycle parking bays across the whole of central Birmingham with more than 200 spaces between them. 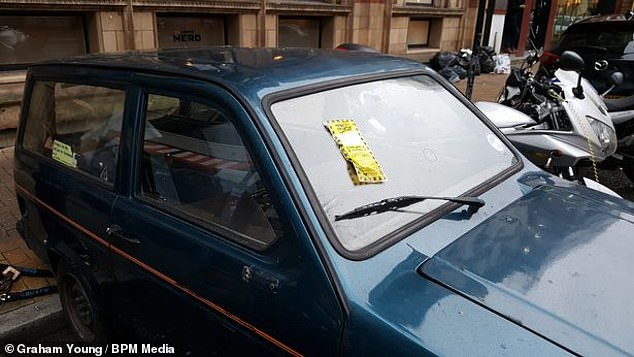 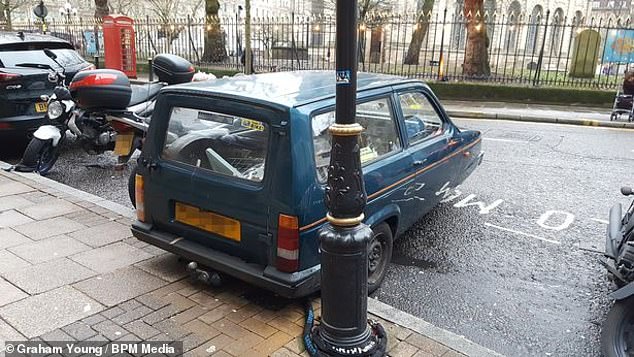 The car’s boot rested on the pavement behind the space. Birmingham City Council has more than 200 city centre spaces for motorbikes with the majority being free to park in

A £1 charge applies at Dudley Street and at Snow Hill – but everywhere else appears to be free.

Drivers of conventional cars have to pay £5.50 for up to two hours or £3 for up to one hour when parking in Birmingham city centre.

BirminghamLive contacted both the police and Birmingham City Council about the parking ticket.

West Midlands Police replied immediately to say it was a council matter, but 24 hours later the city council had yet to comment at the time of publication.