A gang of young thugs on fixie bikes punched a shopper and wrestled with an elderly woman in Asda during a day on the rampage in Brighton.

The youths stormed through the supermarket on two wheels – and at times on one as they popped wheelies – while spilling produce, frightening customers, making children cry and cycling threateningly towards staff.

Elsewhere in the town they raced past police and cut across pedestrians, as shown on a video uploaded by one of the yobs titled ‘Maddest day ever in Brighton’ in which the cameraman even asked viewers to like and subscribe to his channel.

The smirking youths performed wheelies and tricks through the fresh food aisles as shoppers tried to block them with trolleys. 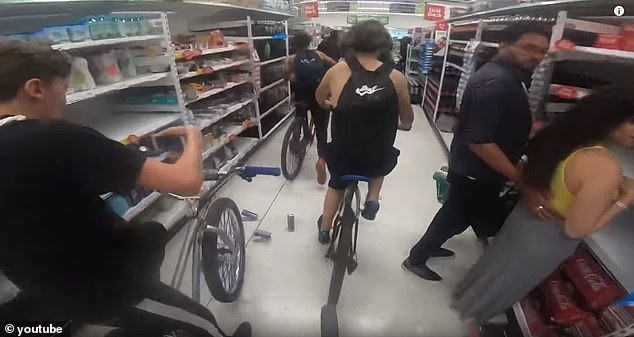 Customers were clearly upset by the gang and children can be heard crying in the video as they weave through the supermarket inches away from running over shoppers.

As he laughs, the gang member filming the rampage turns the camera to selfie mode and shouts: ‘Yo we’re riding through Asda right now!’

As his pals narrowly miss skidding into shoppers, he can be heard shouting ‘Uh oh’.

But one furious shopper shouts: ‘They don’t even care’, prompting another youth to laugh as he cycles standing on the pedals to get more speed.

They continue to laugh, cutting corners through aisles until one young boy is seen wrestling with an elderly woman. 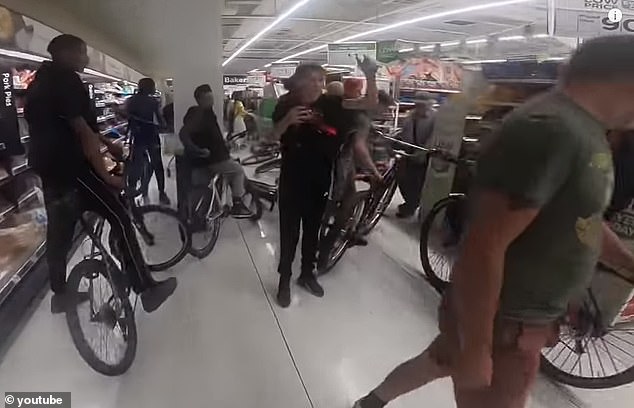 A shopper, in green, went to remonstrate with the gang after being punched by one of them, but was turned away by a group of half a dozen aggressive young yobs 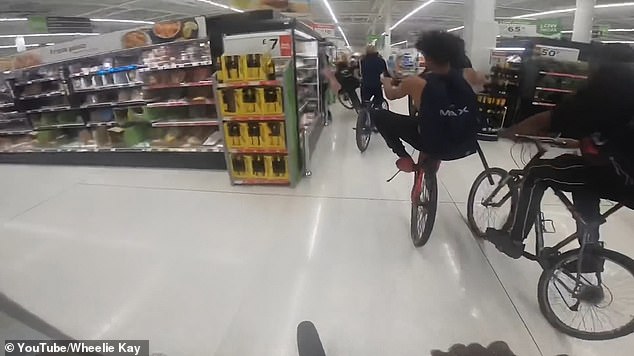 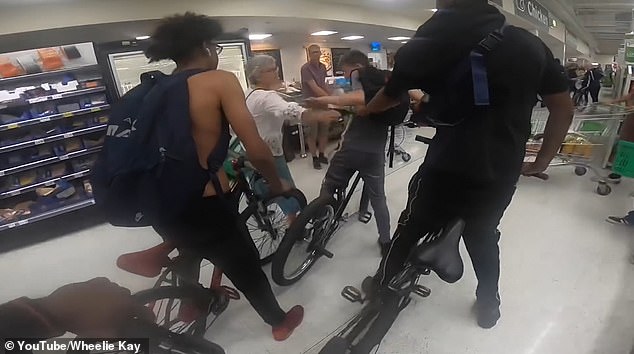 She seems to have hold of the rucksack of one of the boys as she calls for security and other shoppers.

But other yobs shout ‘get off him, get off him’, as a number of shoppers try to block them with their trolleys.

The boy suddenly leaves the OAP and turns to a man in front of him, to punch him in the chest.

A shopper shouts with fear: ‘Security please to the fresh aisle!’

As more people in the store tried to block them, the group tried to speed out of the store, while stealing biscuits and cans of Red Bull as they left.

Once their out, the youth filming shouts to the camera, ‘Crazy! In and out of Asda real quick. That was actually sick. 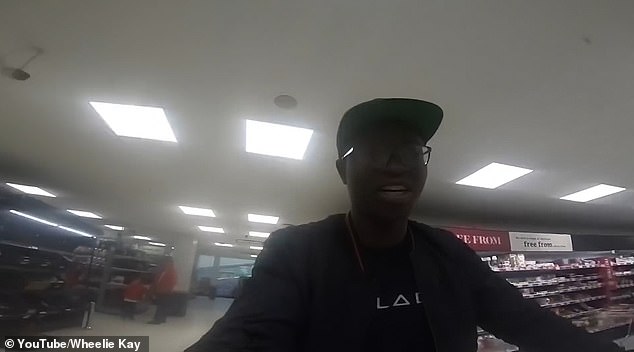 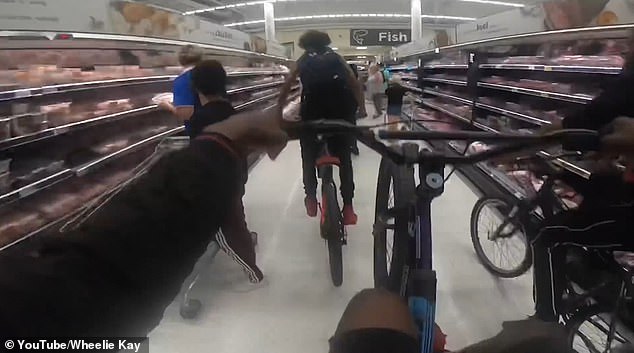 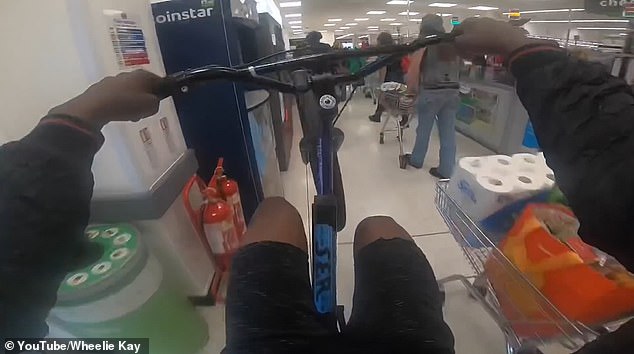 The loutish behaviour in Asda was just two minutes of the 24-minute video posted on YouTube with the title ‘The Maddest Day Ever In Brighton’.

At one point, they weaved in and out of cars in a busy road, and even cycling madly past a police squad car parked with its door open next to Brighton Pavilion.

But a youth replies: ‘You’re calling us chavvy? You live in Brighton.’

Their YouTube channel has 84,000 subscribers and the video has now been watched more than 20,000 times.

An Asda spokesman said: ‘The incident at our Brighton Marina store in June was totally unacceptable and whilst we were relieved that none of our customers were injured, we will not tolerate this kind of behaviour in our shops. 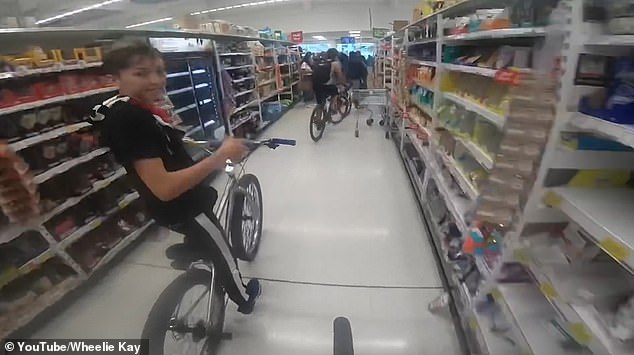 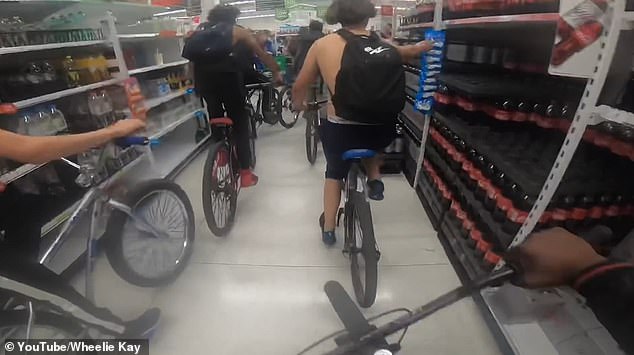 ‘Our colleagues acted quickly to remove the trespassers from the store within a matter of minutes to ensure our customers were not disrupted for too long.

‘However we would again like to apologise for the inconvenience caused and reassure customers that there have been no further incidents of this nature and we have reported this matter to the police.’