This file photo released April 19, 2013 by the Federal Bureau of Investigation shows Boston Marathon bombing suspect Dzhokhar Tsarnaev, convicted of 30 federal charges in the 2013 bombing at the marathon finish line that killed three people and injured more than 260.
(FBI )

Boston Marathon bomber Dzhokhar Tsarnaev's convictions or death sentence should be tossed because it was impossible for him to get a fair trial in the same city the attack occurred, his lawyers told a federal appeals court Thursday.

Tsarnaev's legal team outlined other problems with his 2015 trial, during which the defense admitted from the outset that he and his older brother, Tamerlan, carried out the bombings that left three people dead and more than 260 wounded, a 500-page page court filing in the U.S. District Court of Appeals stated. His appellate lawyers also pointed out alleged issues with jurors, certain testimony from surviving victims and the defense’s inability to tell jurors about links between Tsarnaev’s brother and an unsolved triple killing in 2011.

"This case should not have been tried in Boston," the attorneys wrote.

Tsarnaev, 25, is currently behind bars at the supermax prison in Florence, Colo. He was sentenced to death just over two years after he and his brother set off bombs near the Boston Marathon’s finish line on April 15, 2013. He was convicted of all 30 charges against him, including conspiracy and use of a weapon of mass destruction. His brother, Tamerlan Tsarnaev, died in a gunbattle with police a few days after the bombing in 2013 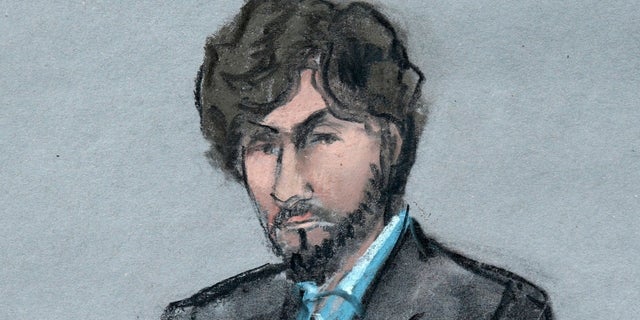 During his sentencing, Tsarnaev admitted that he committed the attack – saying: "If there's any lingering doubt about that, let there be no more" — and apologized to victims and their loved ones.

His lawyers pushed several times to move the trial, arguing the intense media scrutiny and number of people touched by the bombings in Boston would taint the jury pool. But U.S. District Judge George O'Toole refused, saying he believed a fair and impartial jury in the city could be found. A three-judge panel of the 1st Circuit agreed and noted that other high-profile terrorism cases took place in the cities where the attacks occurred.

BOSTON MARATHON BOMBER DZHOKHAR TSARNAEV IN NOTES TO LAW ENFORCEMENT: ‘I DID WHAT IS NECESSARY’

Among the dozens of issues Tsarnaev’s lawyers have raised, they said two jurors should have been dismissed for lying to the court about their comments and discussion about the case before the trial.

Tsarnaev's lawyers are also challenging the judge's refusal to allow the defense to tell the jury about evidence tying Tamerlan to the killings of three people in the Boston suburb of Waltham in 2011. The defense sought to use the killings to underscore their argument that Tamerlan was the mastermind and coerced his brother into participating in the attacks.

Tsarnaev's lawyers described him as a “kind and respectful young man” whose older brother planned the attack and “brought his brutal influence to bear on his younger brother, enlisting [Dzhokhar] in his destructive plot.”