‘If the ball comes loose in the scrum anything could happen’: Boris Johnson’s ex-chief of staff hints at shock comeback for PM after Tory MPs ‘overreacted’ by forcing him out

Boris Johnson’s former chief of staff today hinted at a shock comeback for the PM saying people should ‘never write him off’.

Lord Udny-Lister quoted Mr Johnson’s old quip about being ready to take charge if the ‘ball comes loose at the back of the scrum’.

The trusted aide complained that MPs had ‘overreacted’ and paid too much attention to Twitter when they ousted the premier.

Mr Johnson is due to leave Downing Street on Tuesday, with the new Tory leader – most likely Liz Truss – taking over.

Lord Udny-Lister, who worked with him when he was Mayor of London as well as in No10, told Sky News he would ‘never say never on anything with Boris Johnson’. 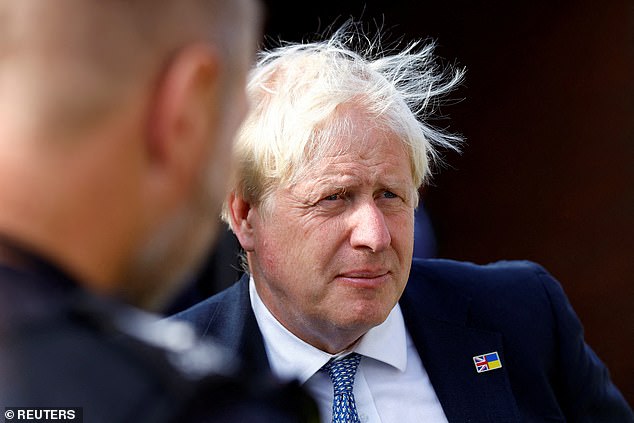 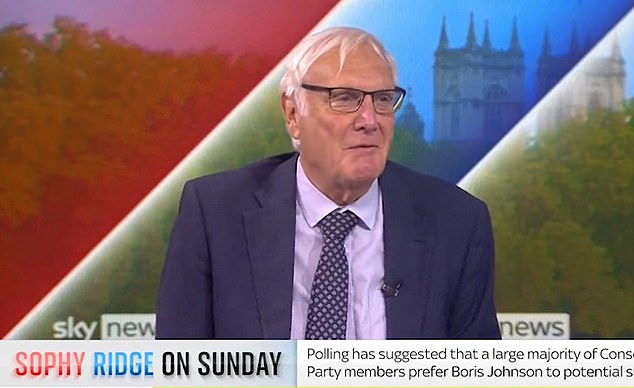 ‘He is going to be watching all this and if something happens in the future, as you said, if the ball comes loose in the scrum, then anything could happen. I am not going to predict – all I am saying is I would never write him off.’

Lord Udny-Lister said the Conservative MPs had done the ‘wrong thing’ by forcing Mr Johnson out of power.

‘I think they overreacted and I think they got too much into their Twitter accounts and stopped thinking straight and I don’t think it was a good move,’ he said.

Lord Udny-Lister also argued that Mr Johnson should not have been fined over Partygate.

‘I always thought that was deeply unfair actually because he didn’t set out to have a surprise birthday cake….

‘Most of the incidents or parties were not parties as you or I know them, they were people, some of the younger staff, having a drink at the end of a Friday when they had been all week.’

Lord Udny-Lister told Times Radio in a separate interview that the PM was very sad at the manner of his departure.

The adviser said that Mr Johnson was ‘very shocked at what’s taken place, and the speed of it’.

Asked if Mr Johnson was angry about being removed from office like former US President Donald Trump who refused to concede the election, the Conservative peer replied: ‘He’s not a Donald Trump, and yes, of course he’s cross about it, but he also recognises that he has to move on.’

Lord Udny-Lister said the next PM should appoint an ethics adviser, after allegations of Tory sleaze contributed to Mr Johnson’s downfall.

A Survation poll for The Mail on Sunday revealed that more than half of all 2019 Tory voters think the next PM should offer Mr Johnson a role in government.

Of those who backed the Prime Minister three years ago, 53 per cent wanted him to be offered a job, with 34 per cent opposing it.

However, asked if Mr Johnson would make a good future candidate for PM, 2019 voters were split, with slightly more against (49 per cent) than for (42 per cent).

Voters were more likely to vote for Mr Johnson than they were in July, and his net favourability has increased by 12 points. However, it lags behind other candidates for Prime Minister at -28, compared with -25 for Liz Truss and +2 for Sir Keir Starmer.