Boris Johnson is ordered to apologise to the Commons for his ‘over-casual attitude’ to the rules that meant he failed to declare almost £53,000 in outside earnings on time 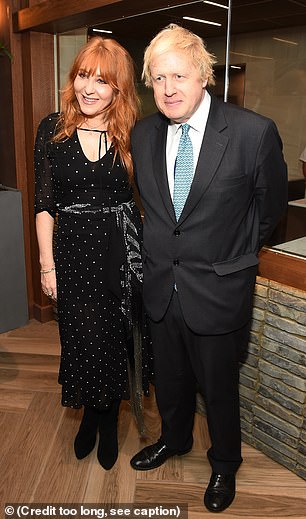 Boris Johnson has been ordered to apologise to the Commons for failing to declare more than £52,000 in outside earnings on time.

Most of the payments are for royalties on Mr Johnson’s books – the most prominent of which is a biography of Winston Churchill.

One was for the first payment he received from the Daily Telegraph for his £275,000 a year column. The inquiry was triggered by a complaint about this payment after he resigned as Foreign Secretary in July.

Mr Johnson insisted to an inquiry the breaches of the rules were ‘inadvertent’ but the Standards Committee said he took an ‘over-casual attitude’ and ordered him to apologise.

The punishment was agreed after the Parliamentary Commissioner for Standards Kathryn Stone said the number of breaches ‘suggest a lack of attention to or regard for’ Commons rules.

Ms Stone concluded four late declarations for nine payments meant the breach was neither ‘minor’ or ‘inadvertent’ and passed it to the Standards Committee to decide the punishment.

Why has Boris Johnson been ordered to say sorry to MPs?

MPs who make money outside of Parliament are required to declare it on the Register of Members’ Interests within 28 days.

Boris Johnson failed to do this with four declarations – covering nine payments – totalling £52,772.80.

One of the payments was his first month’s pay as a Telegraph columnist, totalling £22,916.66.

The rest were an assortment of royalty payments from Hodder and Stoughton and Harper Collins for his books – the most famous of which is a biography of Winston Churchill (pictured above).

Despite his insistence the late registrations were ‘inadvertent’ because bank statements were late, both the Parliamentary Commissioner for Standards and the Standards Committee said he had badly broken the rules.

The Committee said he must make a point of order in the Commons to apologise.

The committee – made up of MPs and lay members – agreed Mr Johnson’s mistakes were ‘not completely inadvertent’ and ruled he must make a humiliating apology in the Commons chamber as punishment.

Sources close to Mr Johnson said he apologised to Ms Stone for the accidental breach in the rules and has put in place ‘effective measures’ to track the ‘unpredictable’ royalty payments from his books in future.

Mr Johnson has long harboured ambitions to be Tory leader and Prime Minister – and has been the main focus of rumours Brexiteers could oust and replace Theresa May.

But his ambitions have long been hampered by years of criticism about things he has written or said.

And many Tories have been irritated by his colourful personal life – which hit the headlines again in the autumn when it emerged he had been having an affair with a former party staffer.

Today’s report is a further blow to Mr Johnson’s hopes.

The criticisms of his ‘over-casual attitude’ and disorganised office echo those of Environment Secretary Michael Gove, who abandoned support for Mr Johnson’s leadership bid in 2016 warnings he was too disorganised to be PM.

Following the investigation, the Standards Committee said: ‘We agree with the Commissioner that this suggests that the breaches were not completely inadvertent but rather arose from an over-casual attitude towards obeying the rules of the House and a lack of effective organisation within Mr Johnson’s office.’ 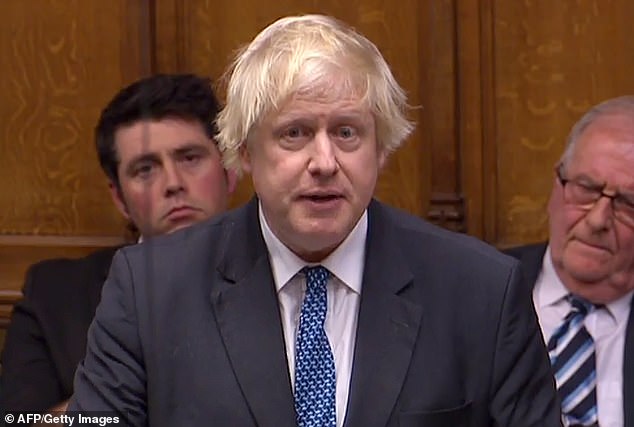 The committee said Mr Johnson had been an MP through four parliaments and served as a senior minister – meaning he ‘could be expected to understand the rules’.

It concluded: ‘Mr Johnson breached the rules of the House by failing to register remuneration within the required timetable on nine occasions.

‘We recommend that Mr Johnson should make an apology to the House, on a point of order, for this breach of the rules.

‘We recommend that in that apology he should address the specific comments we make in this Report, and that he should undertake to ensure that his future registrations of remuneration are made in a timely way.

‘We further recommend that the relevant payments be italicised in the Register to indicate that they are late entries.’

It also has seven ‘lay members’ who are not politicians to help draw up reports into MPs’ behaviour.

The committee is responsible for taking investigations by the Parliamentary Commissioner for Standards Kathryn Stone and producing reports for Parliament.

The Commissioner investigates alleged breaches of the MPs code of conduct. This can include failing to register interests and harassment cases.