Boris Johnson is scrambling for cost-of-living crisis cures today after a brainstorming session with top ministers.

The PM is mulling proposals to loosen childcare rules and make MoTs two-yearly as he faces huge pressure from Tory MPs and Labour for more action.

Downing Street said he urged senior ministers including Rishi Sunak and Michael Gove to ‘go faster’ and be ‘as creative as possible’ in devising measures to ease the squeeze.

No10 said Mr Johnson would be saying more on the issue ‘in the coming days’ – but it is far from clear that any major intervention is imminent after the Chancellor ruled out an emergency Budget.

The Department for Education is believed to have reservations about lowering the ratio of adults to children in nurseries to lower costs, although Nadhim Zahhawi is seriously exploring the move.

Transport Secretary Grant Shapps was not present for the discussion on the MoTs, as he is on an official visit to the US.

Meanwhile, senior Tories have been ramping up the pressure on Mr Johnson for a more dramatic response.

Former minister David Davis said the government should be cutting taxes now. ‘Fix the problem now, not after people have suffered for six months,’ he told Sky News. 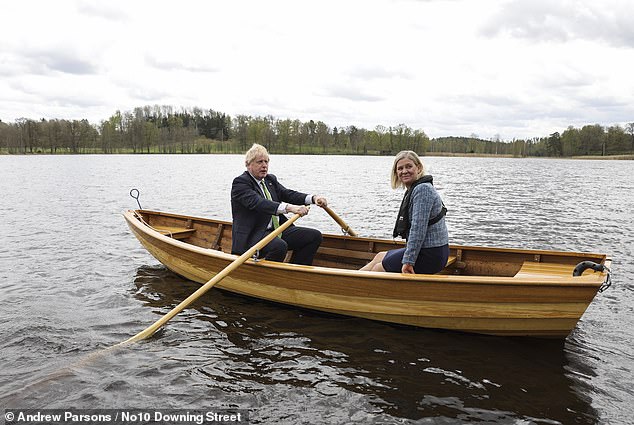 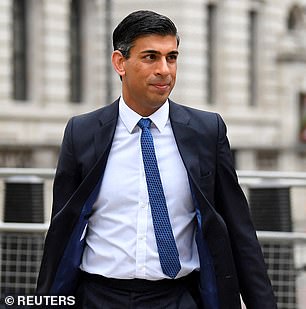 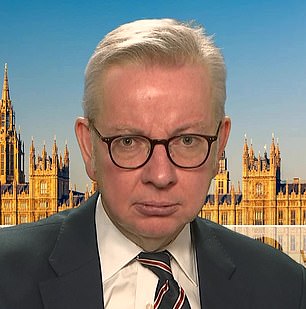 Downing Street said Mr Johnson held a meeting of senior ministers including Rishi Sunak (left) and Michael Gove (right) last night, urging them to ‘go faster’ and be ‘as creative as possible’ in devising measures to ease the squeeze

Mr Johnson set hares running in the Queen’s Speech debate yesterday by suggesting he and Mr Sunak would announce more cost-of-living help ‘in the days to come’.

The Treasury quickly shot down the idea, while aides stressed the PM had been referring to the childcare and MoT ideas – which would not involve the government spending more money.

But Mr Johnson is said to have told Tory MPs at a No10 garden party last night that cutting taxes is the best way to offset the strain of soaring inflation.

Confirming the Government’s new cost of living committee met for the first time following the Queen’s Speech, the PM’s spokesman said: ‘You can expect there to be more work done off the back of that discussion. The Prime Minister urged ministers to go faster and be as creative as possible in ensuring the Government is doing everything on this important issue.

‘You can expect the committee to meet fairly regularly to progress the work as soon as possible.

Mr Johnson will take his Cabinet on an away-day tomorrow, whether they will thrash over the issues again.

In a round of interviews this morning, Michael Gove said claims of a split between Mr Sunak and the PM were ‘overinflated’.

Mr Gove told Sky News: ‘There won’t be an emergency budget. It is sometimes the case that the words from a prime minister or minister are overinterpreted.

‘The Prime Minister is right. We will be saying more and doing more in order to help people with the cost-of-living challenge we face at the moment, but that doesn’t amount to an emergency budget. It is part of the work of government.

‘Last night the Prime Minister convened a group of ministers – we have all done work on some of the things we could do to help. Those policy initiatives will be announced by individual departments in due course as they are worked up.’

Government sources played down how much progress had been made at the meeting last night.

One swiped that the measures on the table hardly amounted to ‘wholesale deregulation’.

Another told MailOnline there was no forward movement on the childcare policy, while asked whether the proposals would ever come to fruition a third said: ‘God only knows.’ 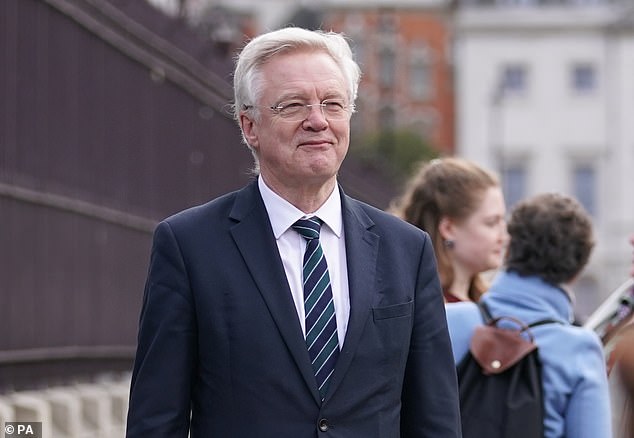 Former minister David Davis said the government should be cutting taxes now. ‘Fix the problem now, not after people have suffered for six months,’ he told Sky News.

Mr Davis told Sky News: ‘I don’t care what you call it, what I want to see is either a significant reduction in taxes – or preferably a reversal of the increase in national insurance.

‘And I would add to that, frankly, and the abolition of VAT on fuel.’

Asked what timeframe he would put on it, Mr Davis replied: ‘It should be done before the summer, I think. As soon as we possibly can, in truth.’

Households are facing soaring energy bills, inflation is forecast to hit 10% and welfare payments and wages are falling far behind the increase in prices.

The Child Poverty Action Group said there was ‘no short-term comfort for parents struggling to feed their kids in the face of rocketing prices’.

Torsten Bell, the chief executive of the Resolution Foundation think tank, said ministers had announced ‘nothing material today on the short-term nightmare of cost of living’.

Liberal Democrat leader Sir Ed Davey said the Queen’s Speech ‘does nothing to help the millions of families and pensioners facing soaring bills and eye-watering inflation’.