Tottering on dangerously high heels, or donning loud jumpers decorated with Santas and elves, they stumbled out of bars and – in some instances – into the arms of cops patrolling city streets.

Our pictures show a cuddly couple sharing a cheeky snog in a Liverpool shop doorway and a man in Swansea trying to soak up the booze with a huge takeaway meal.

Ignoring the chilly weather, many workers bared their legs in mini-skirts, including one woman who teamed hers with Christmas-themed red and green striped boots.

There was, of course, the odd altercation, as shown by blokes pictured in pushing matches, glaring at each other in the street.

But as these photos show, it was all about having loads of fun, and not worrying too much about suffering an inevitable giant hangover this morning. 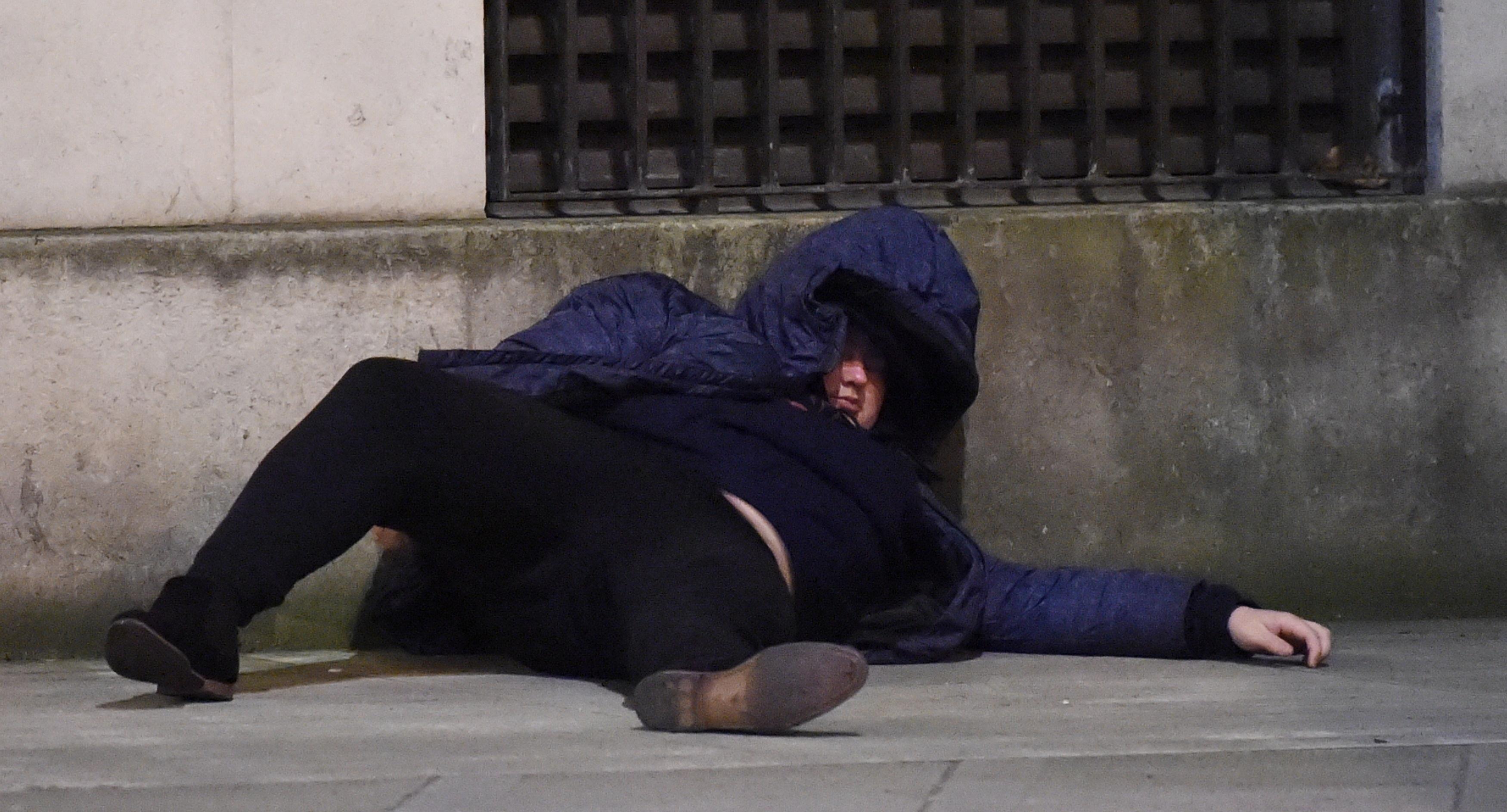 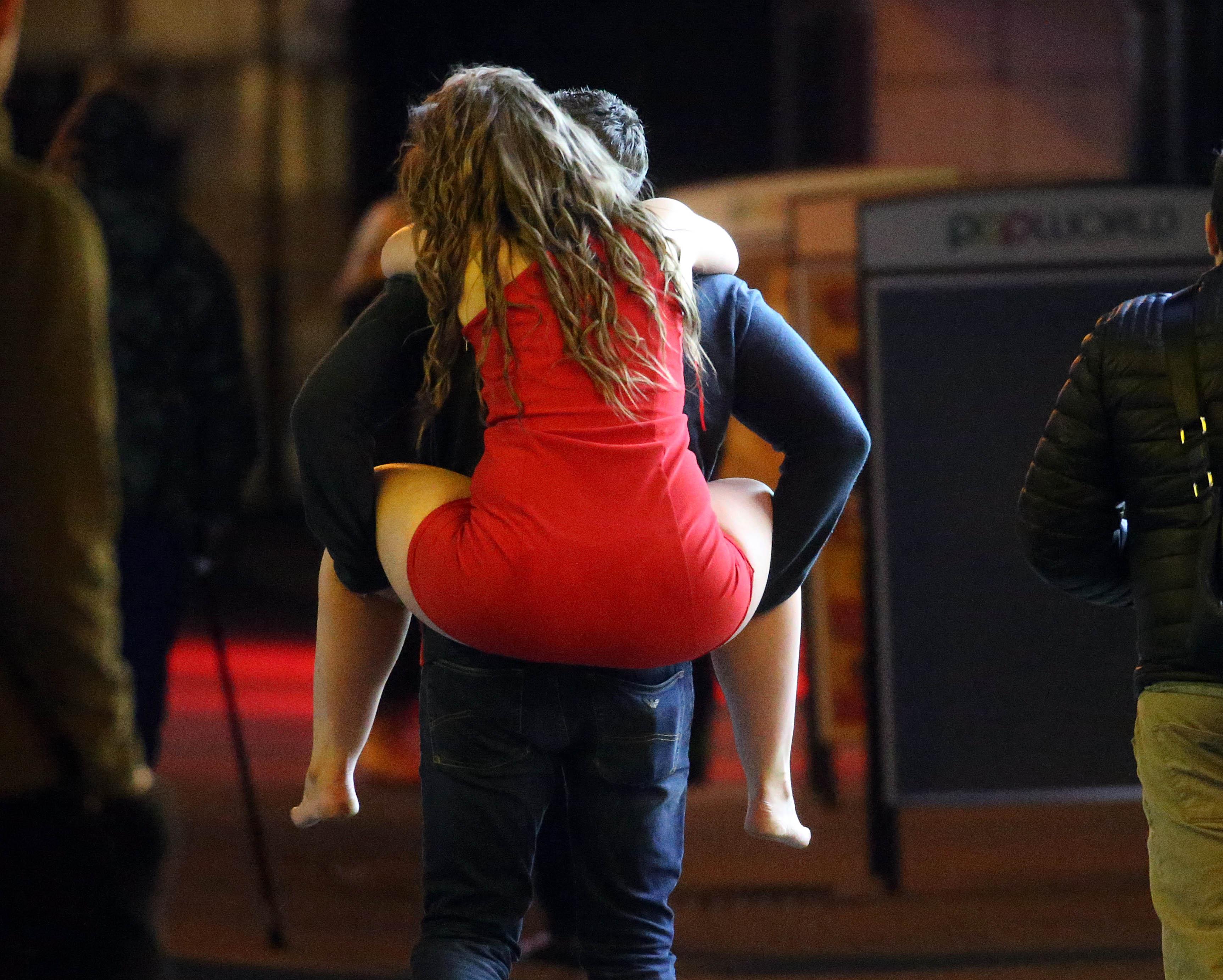 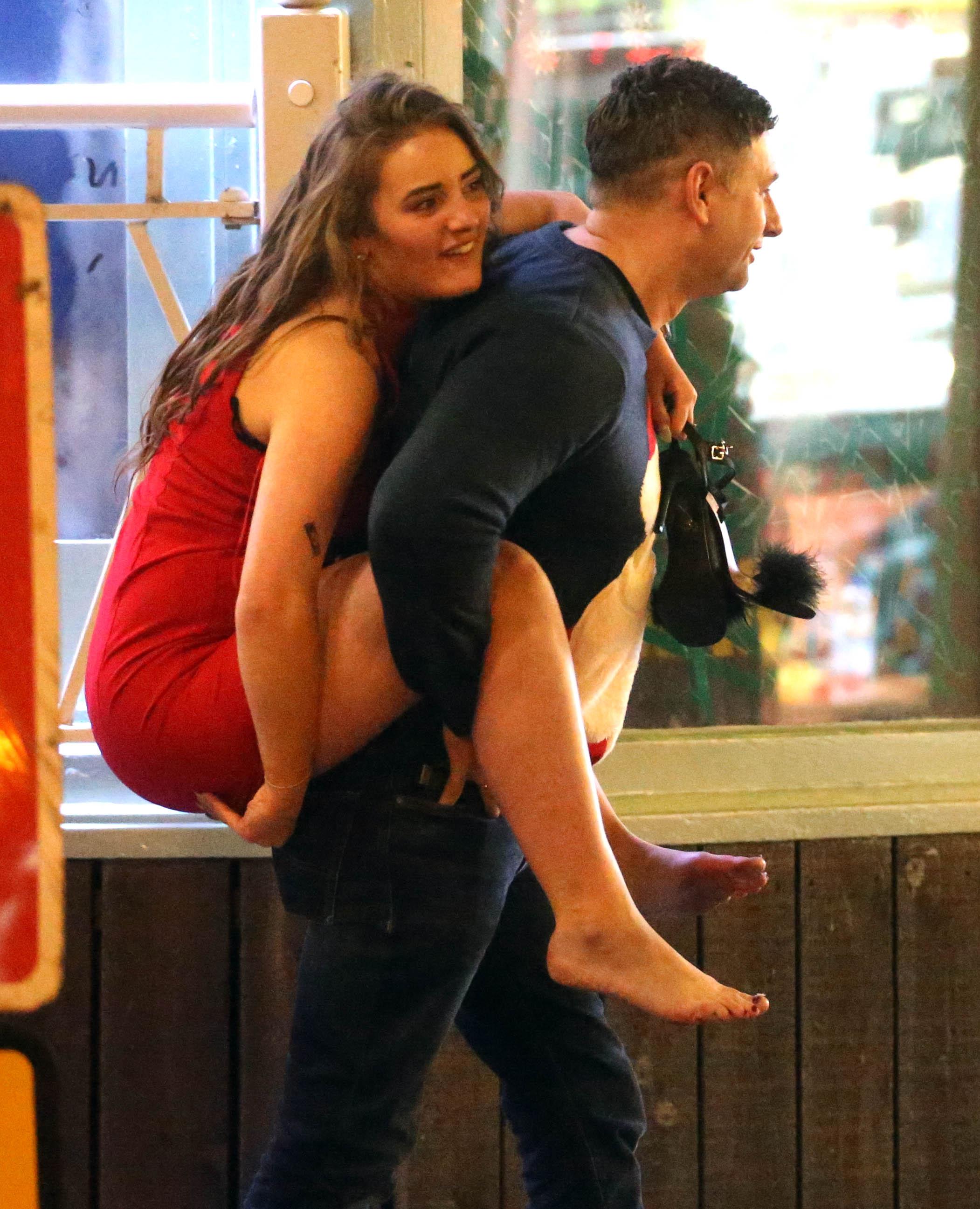 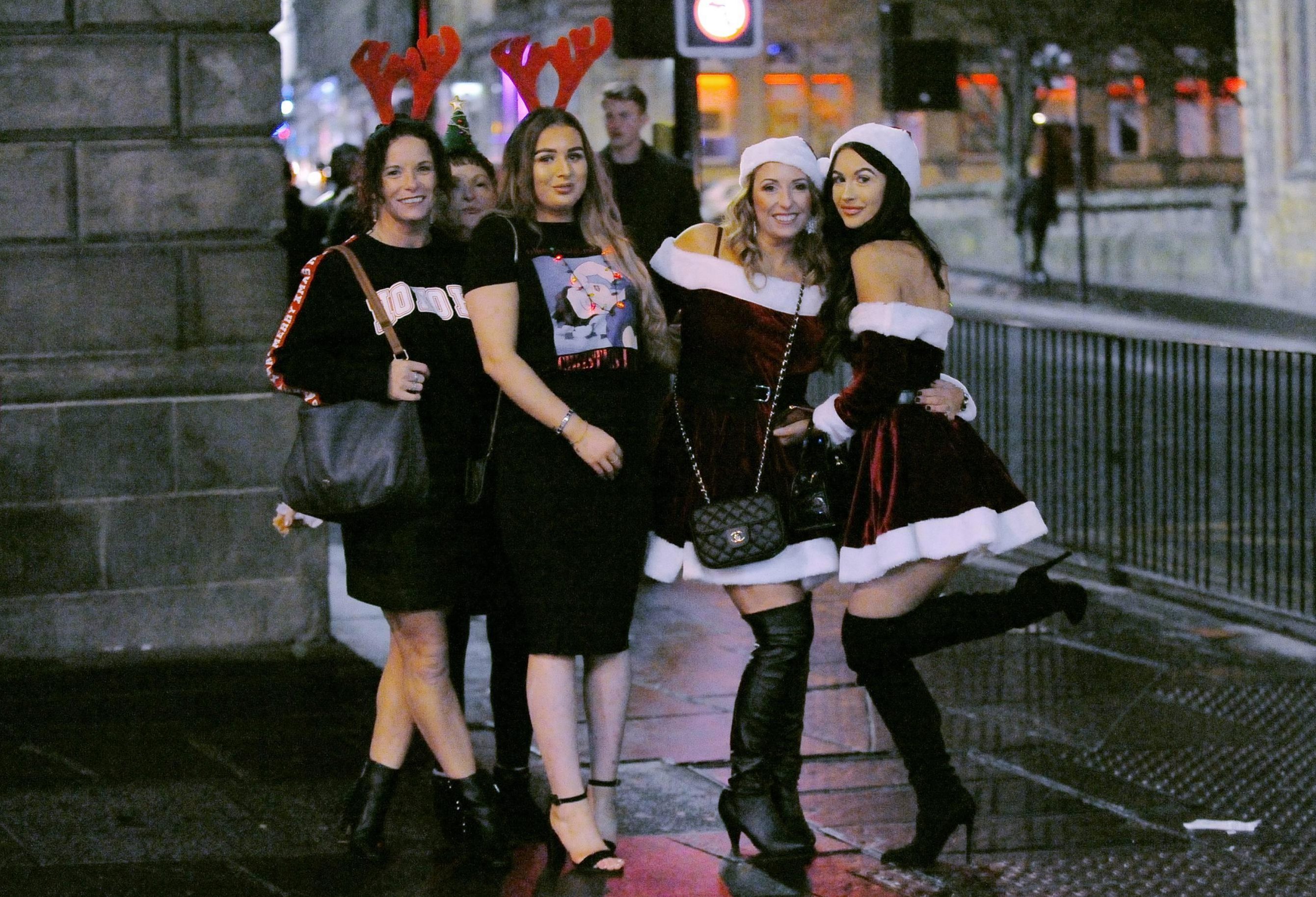 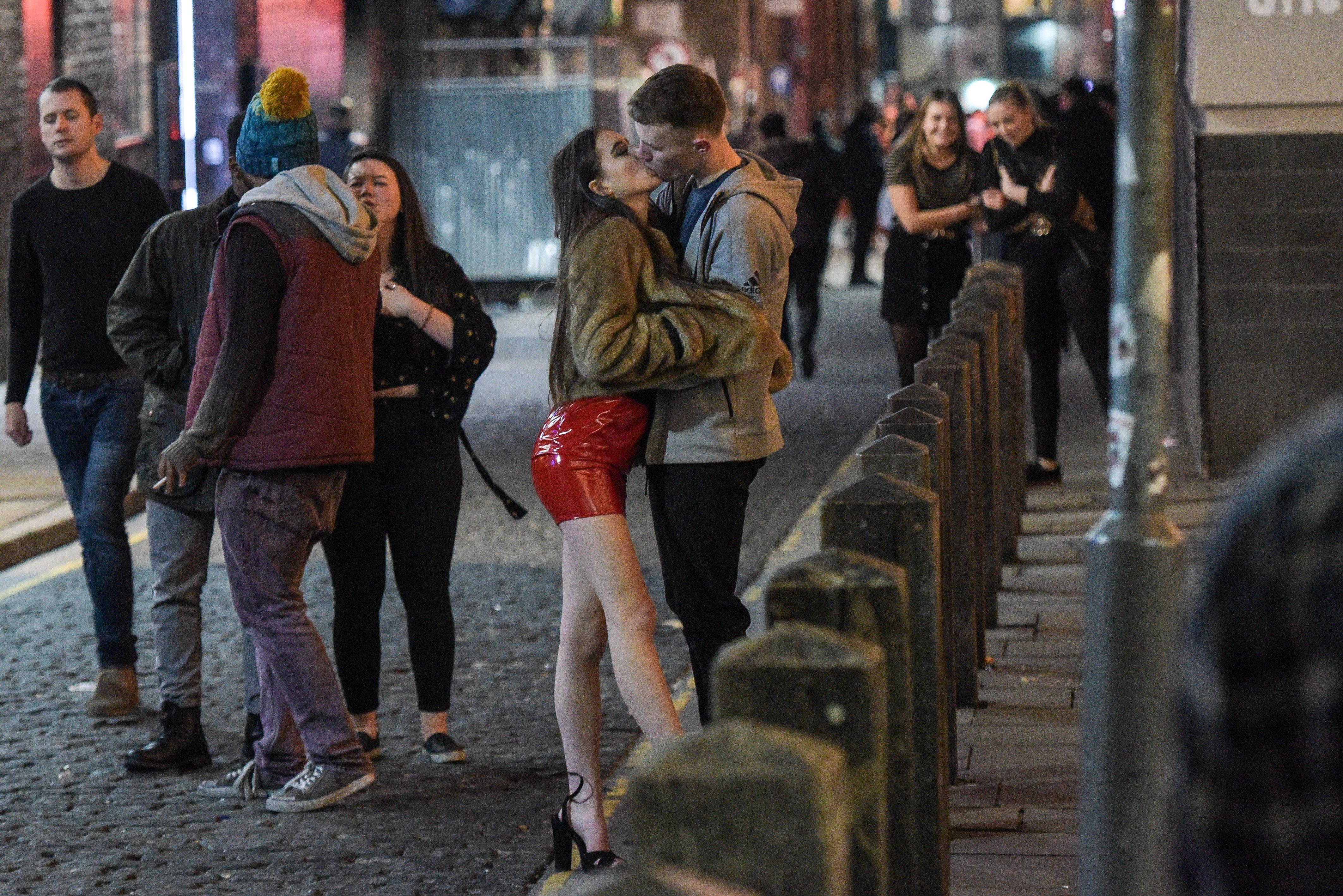 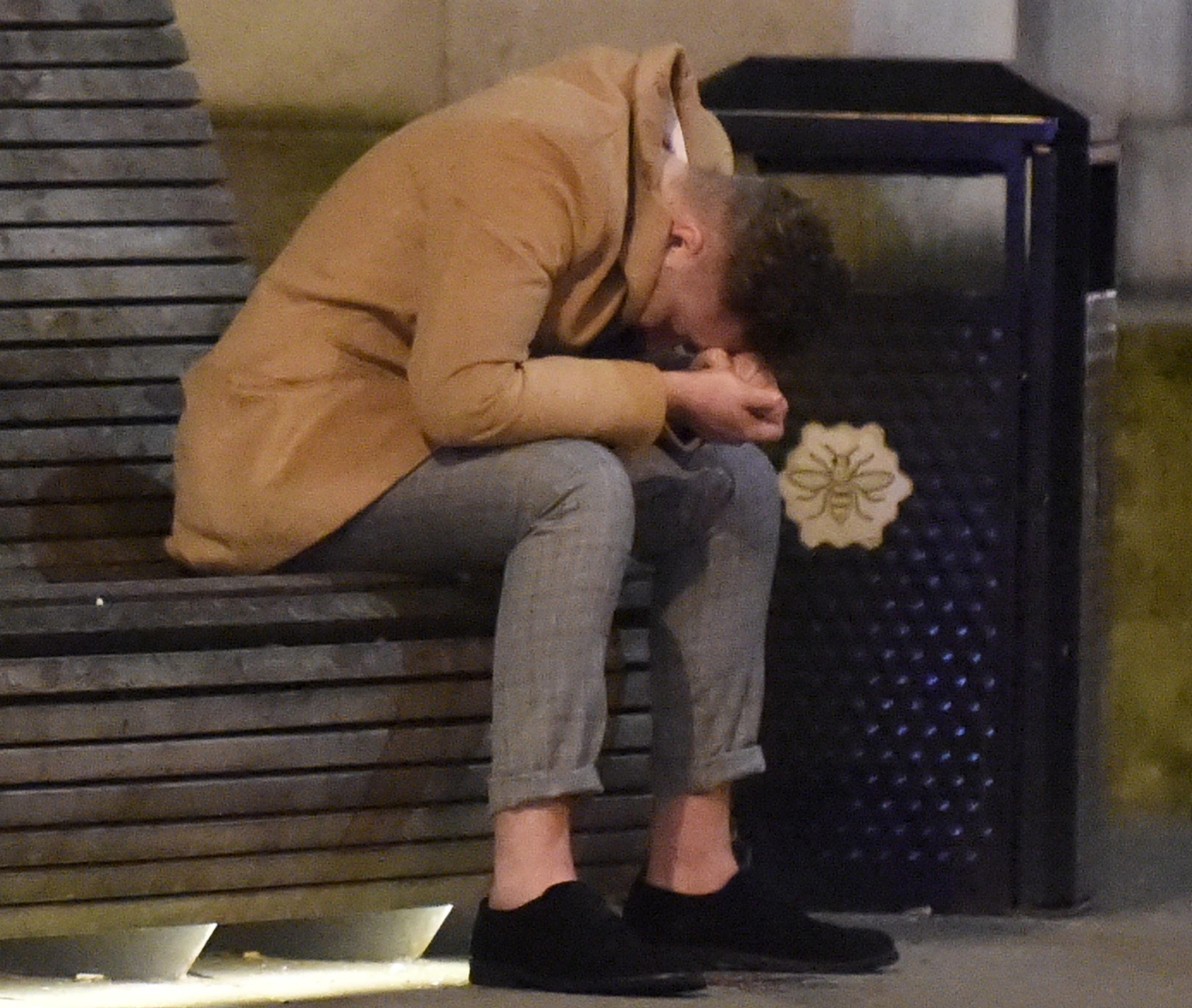 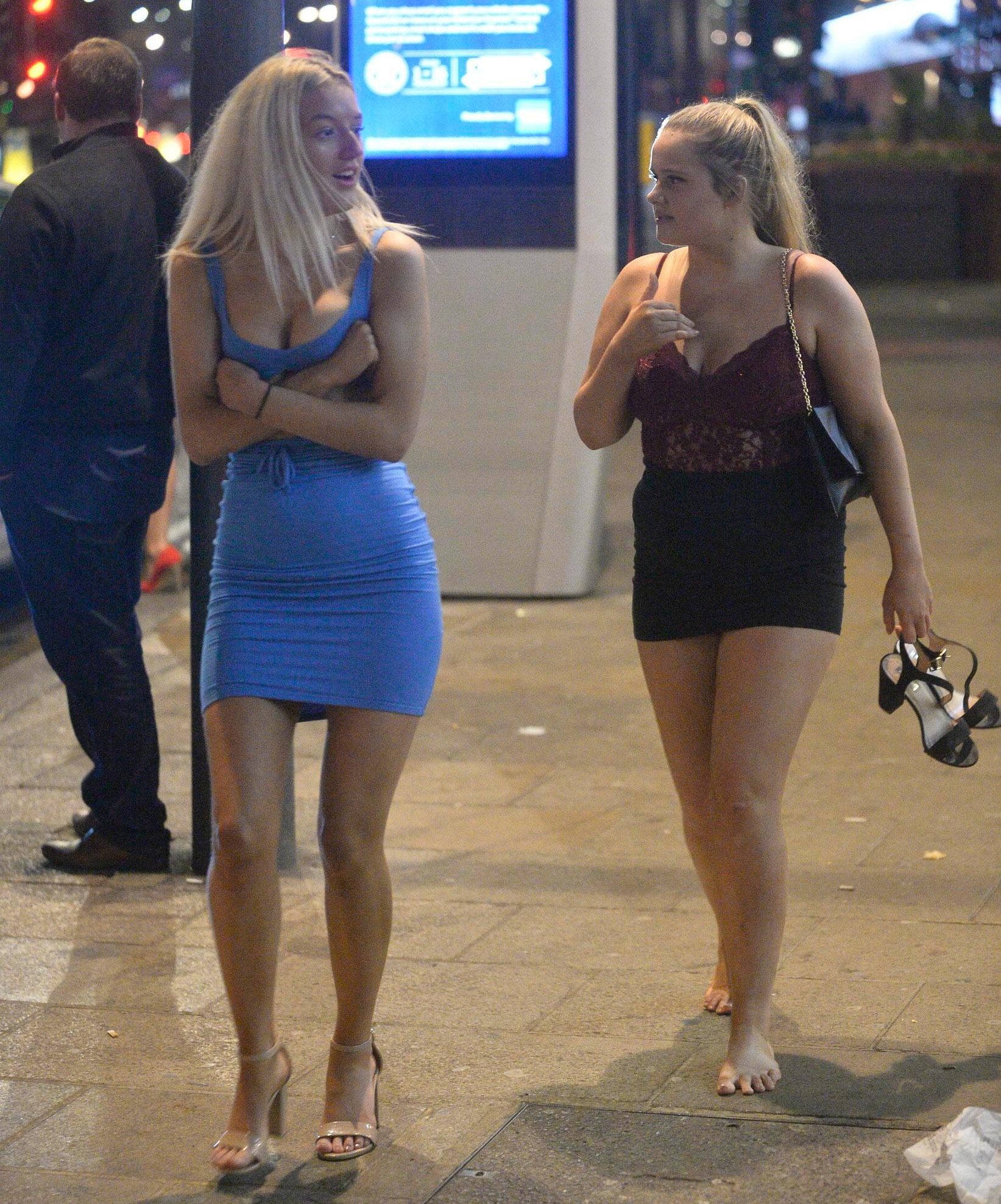 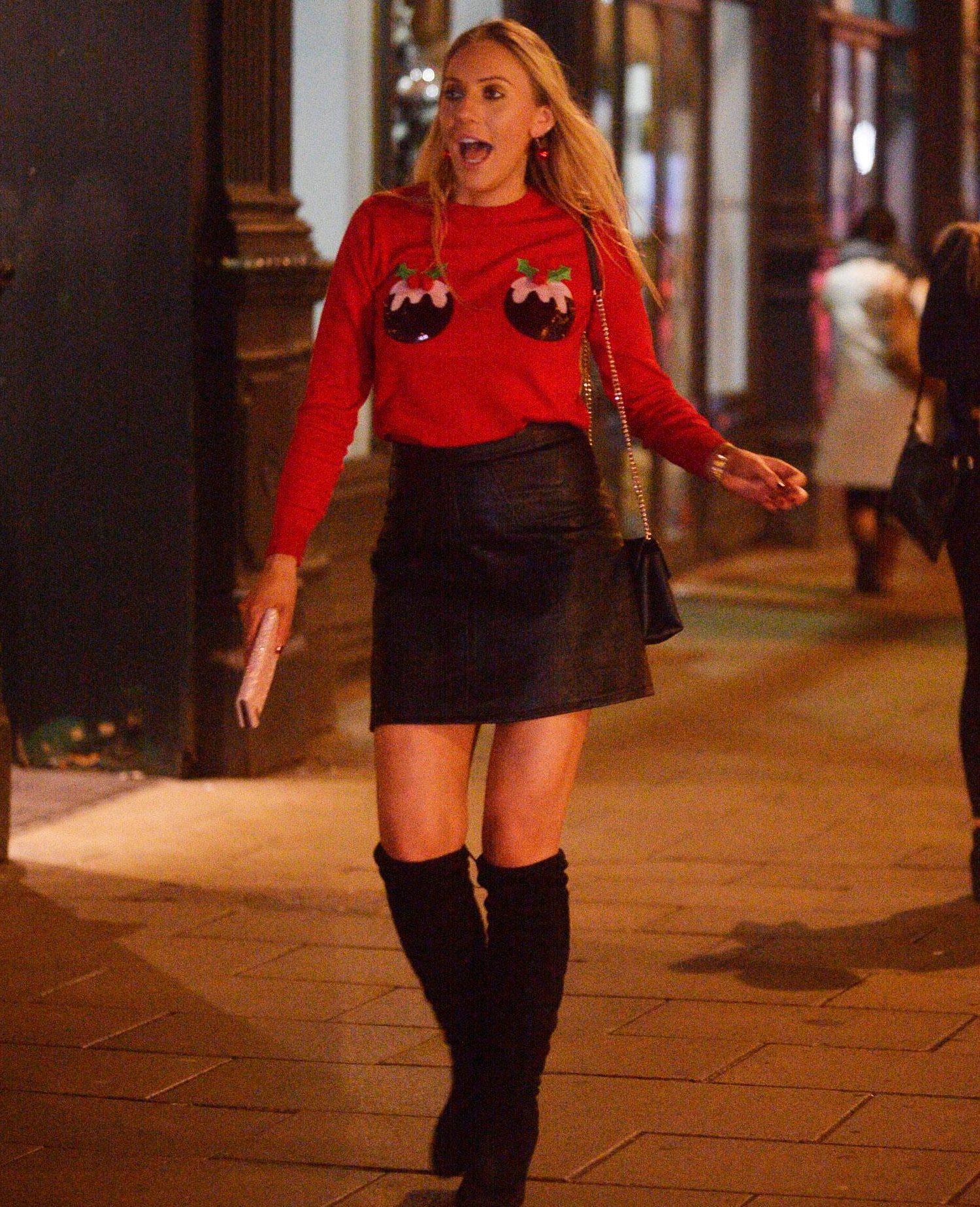 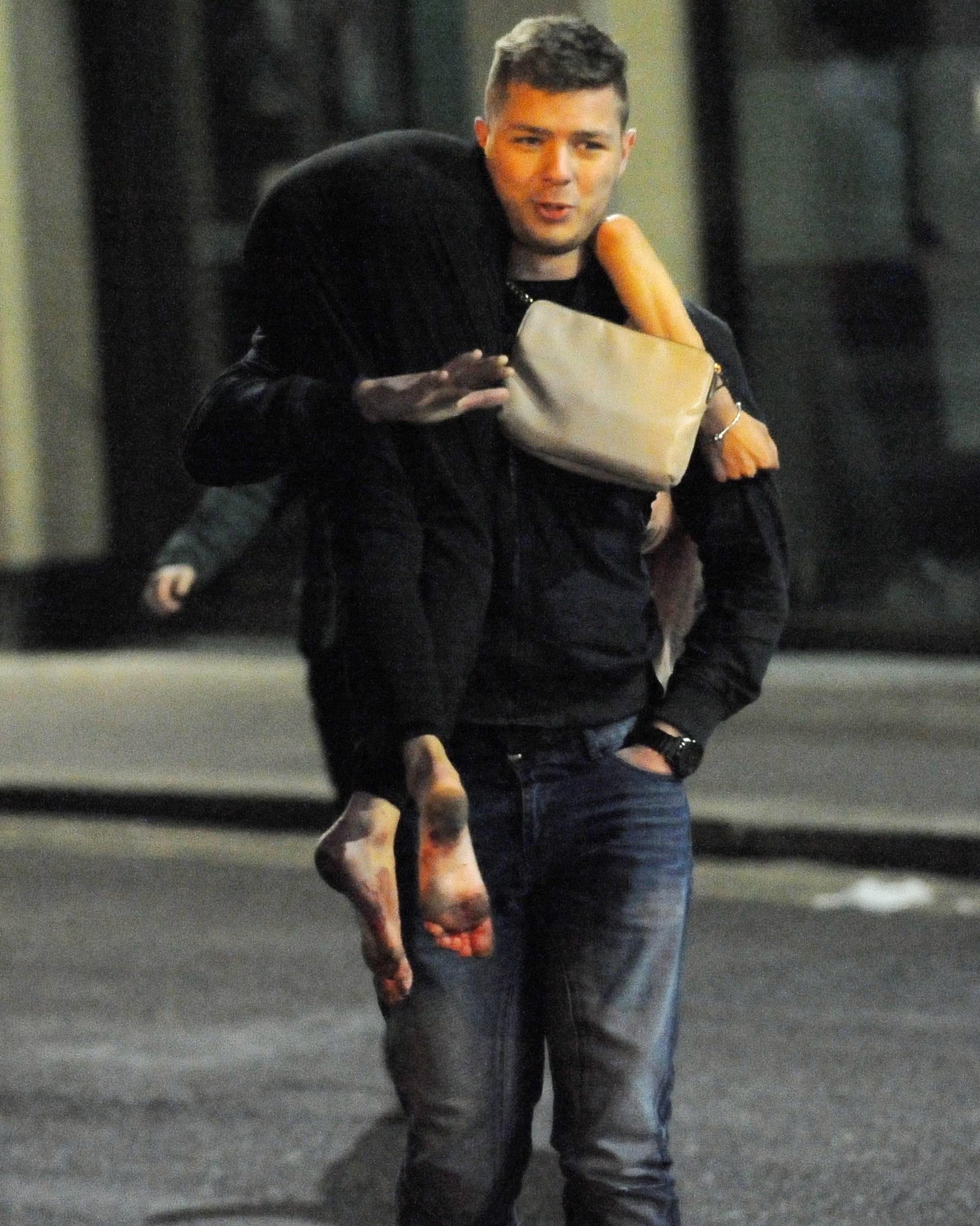 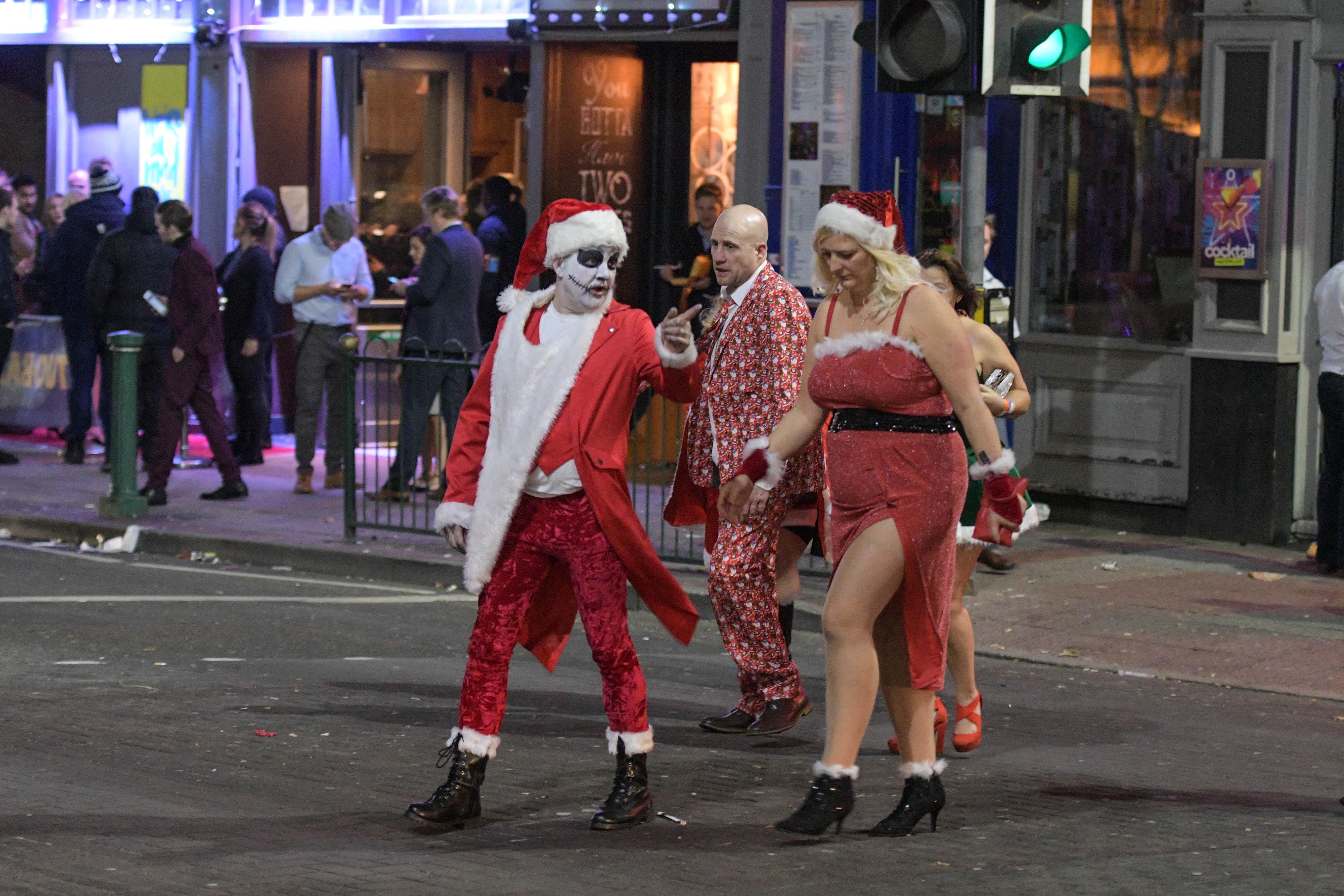 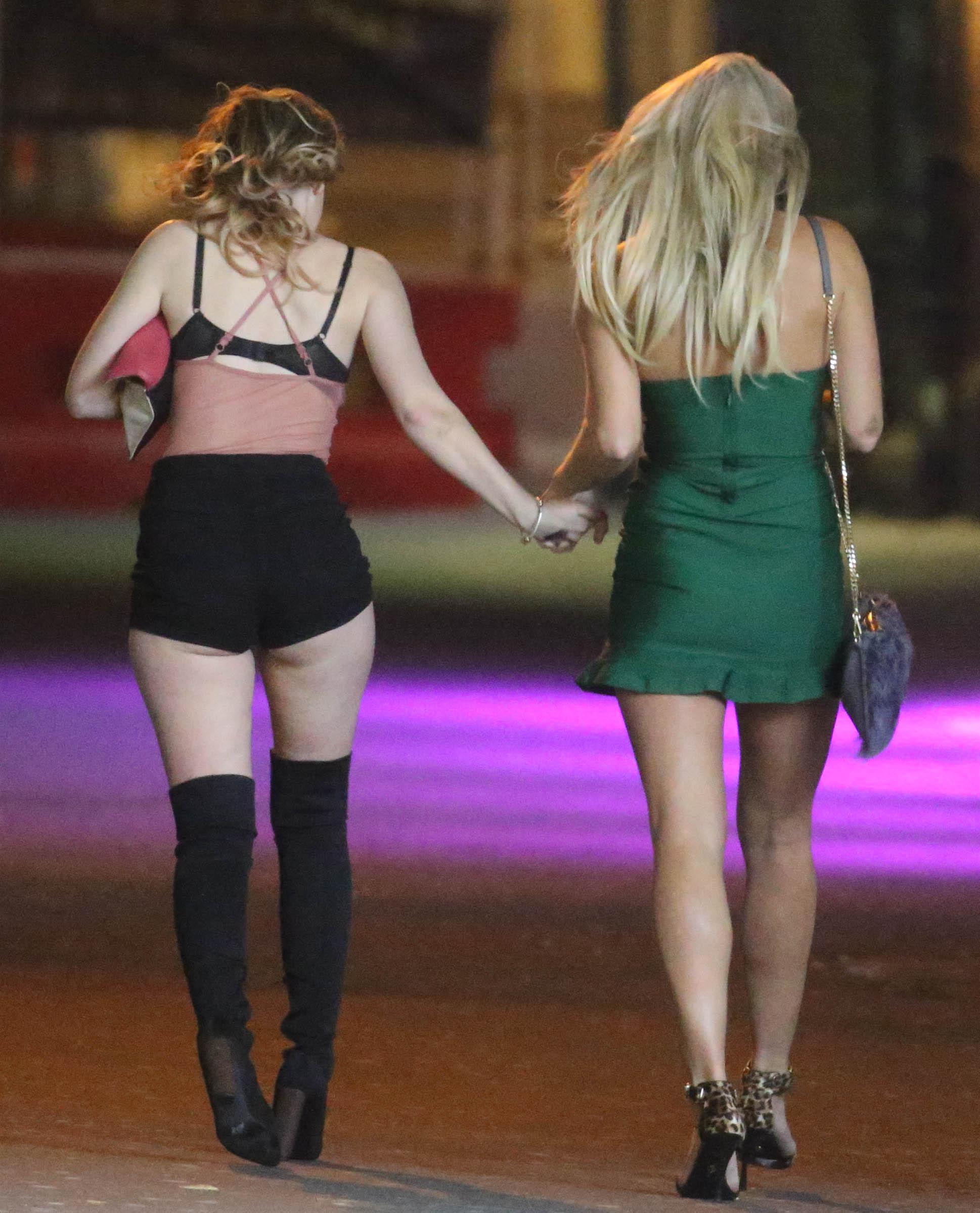 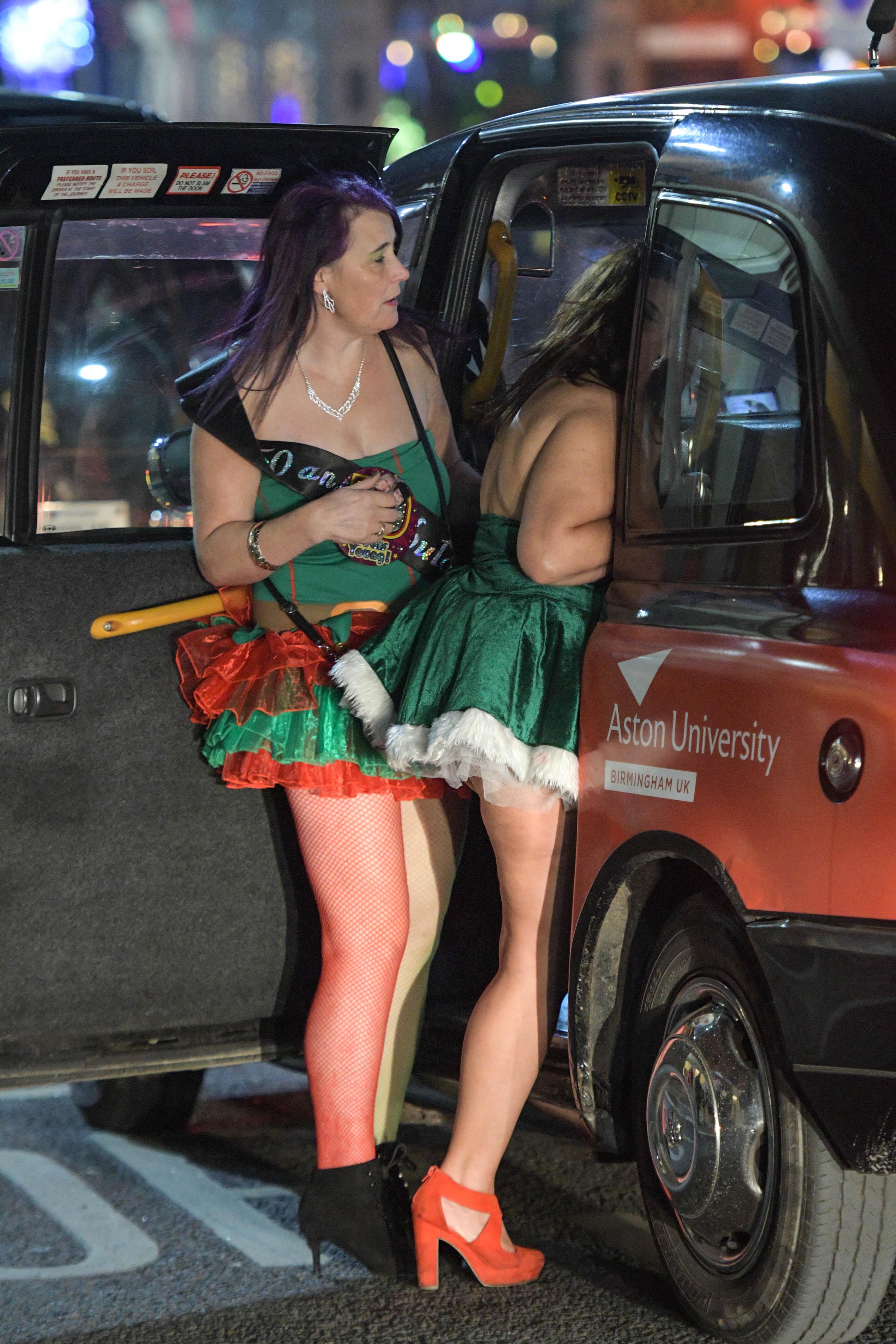 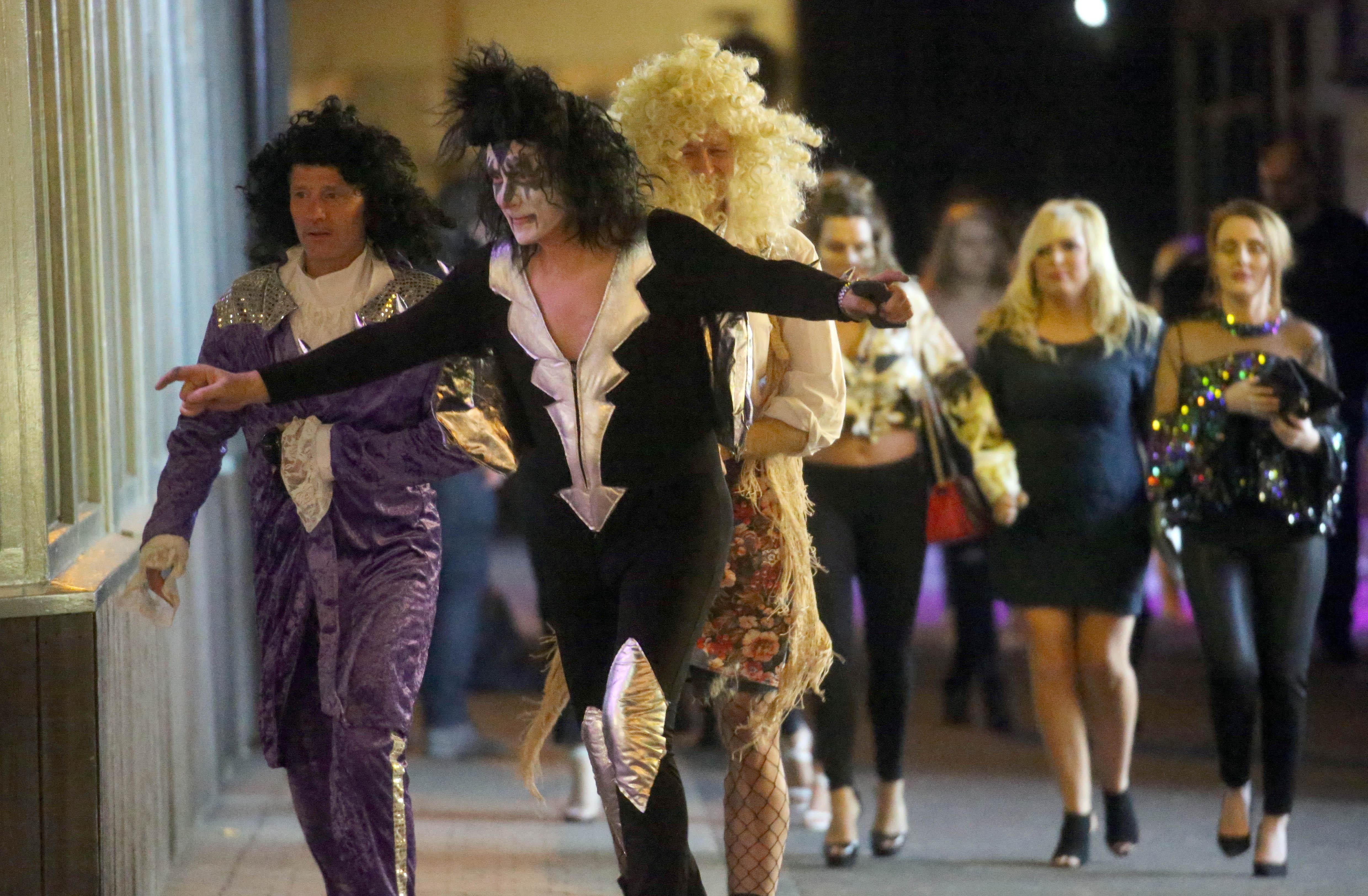 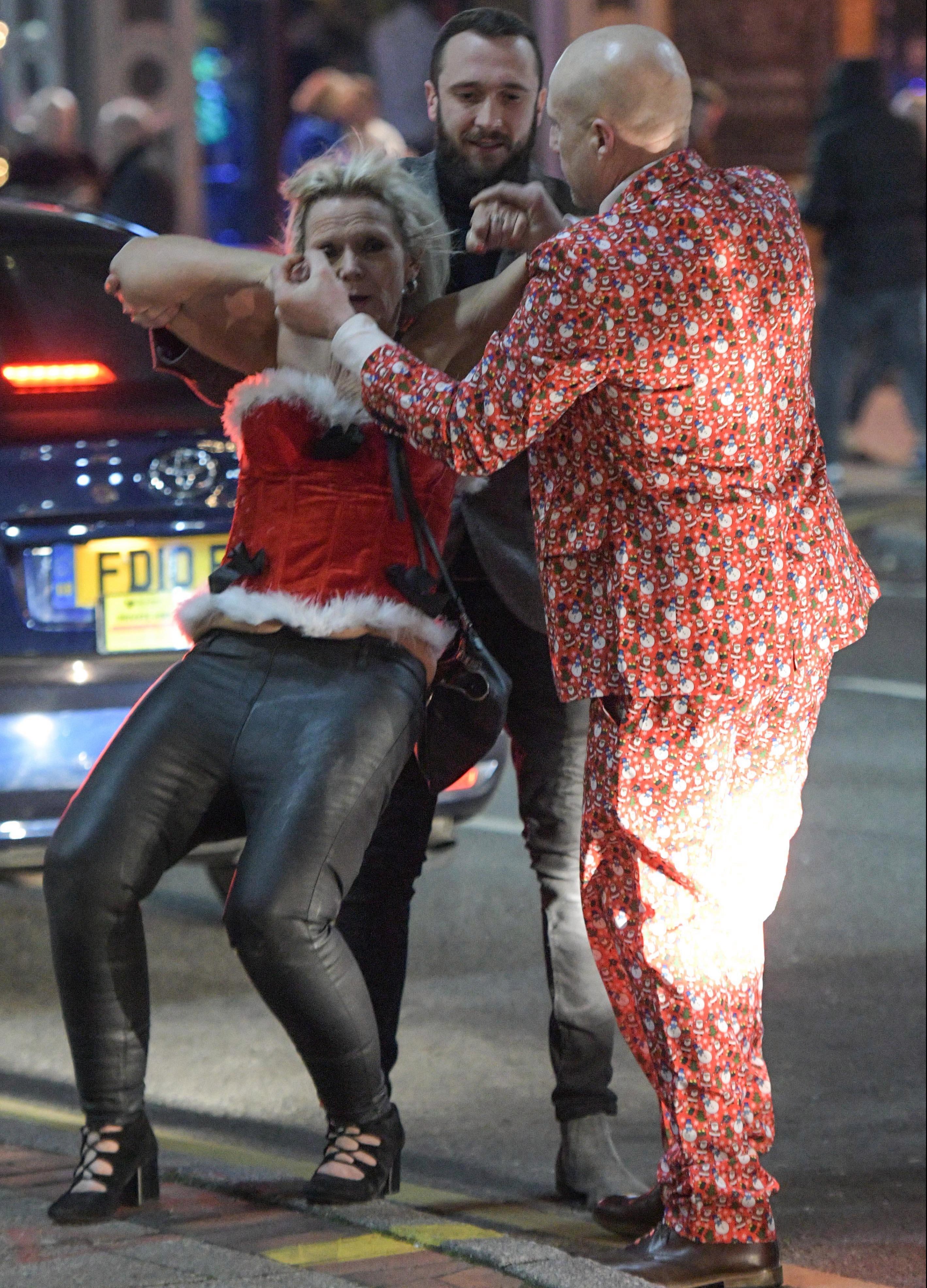 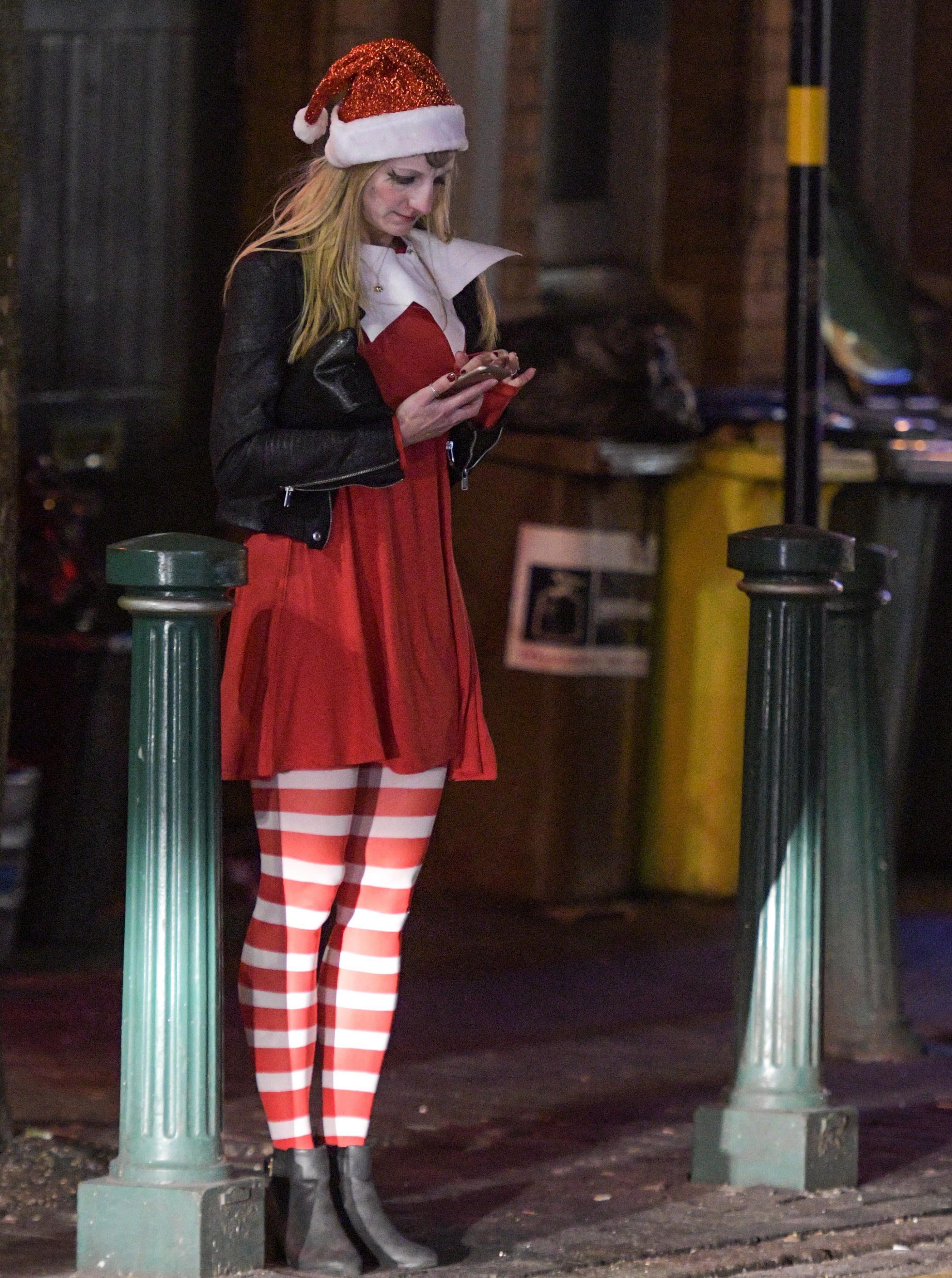 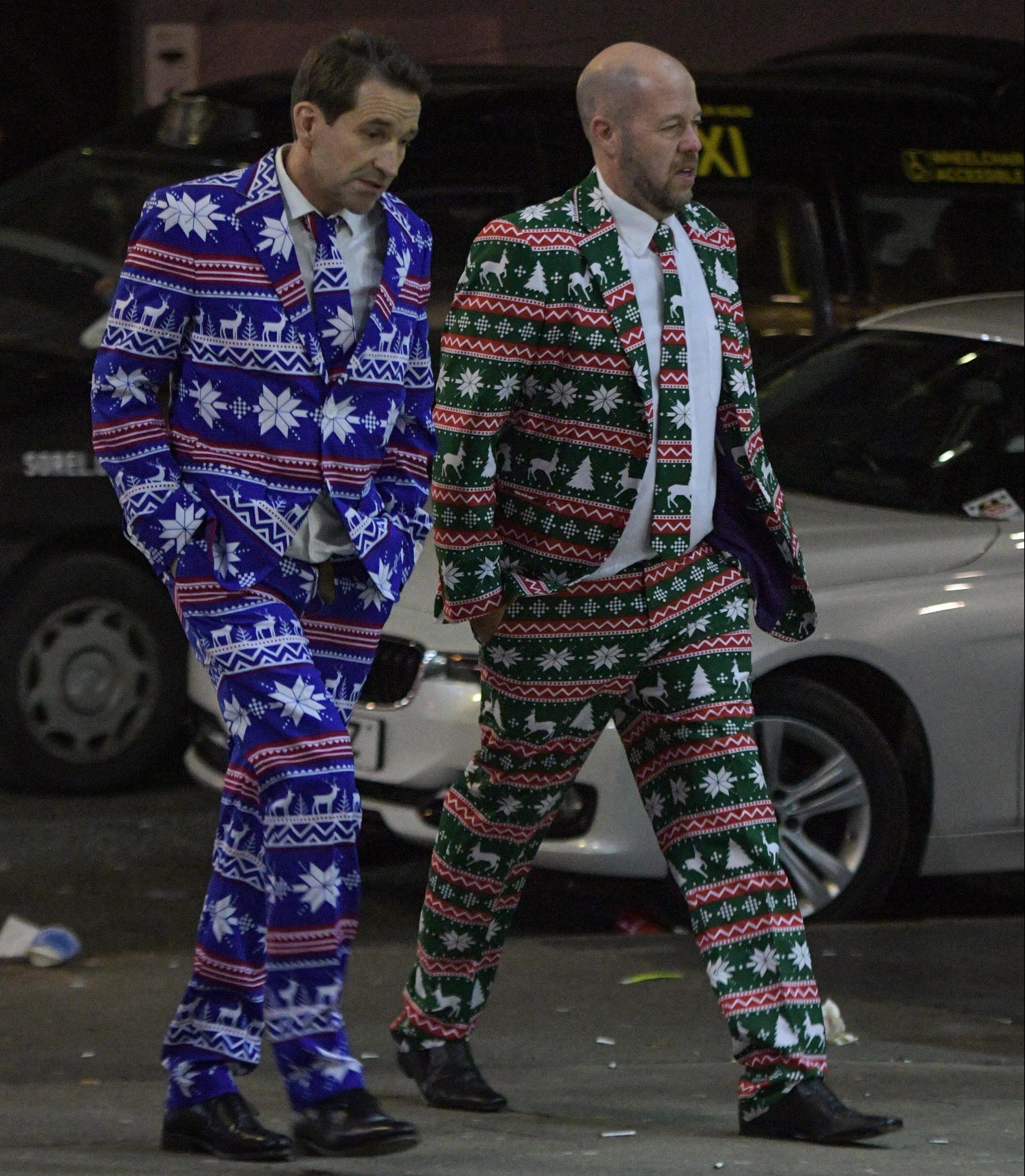 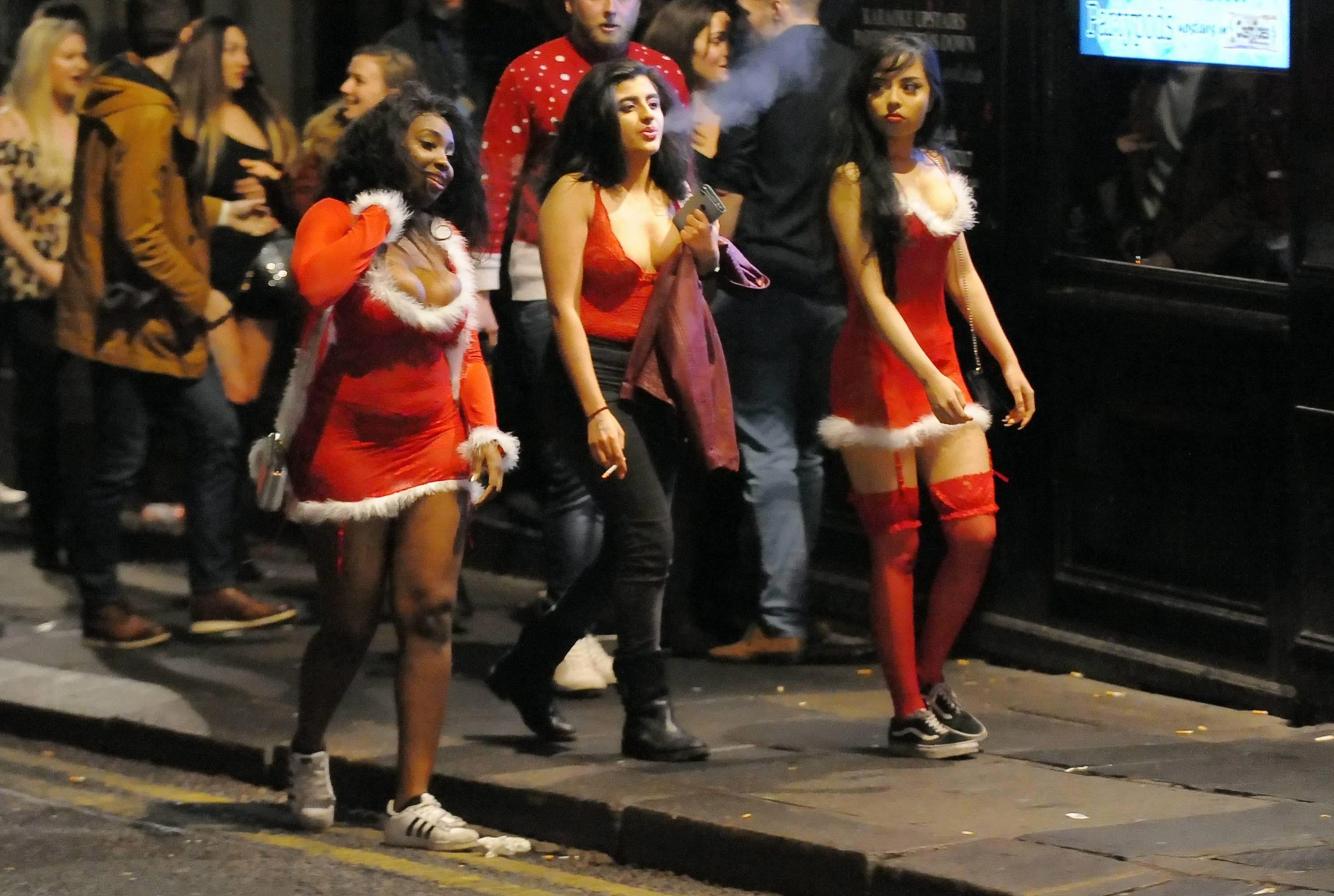 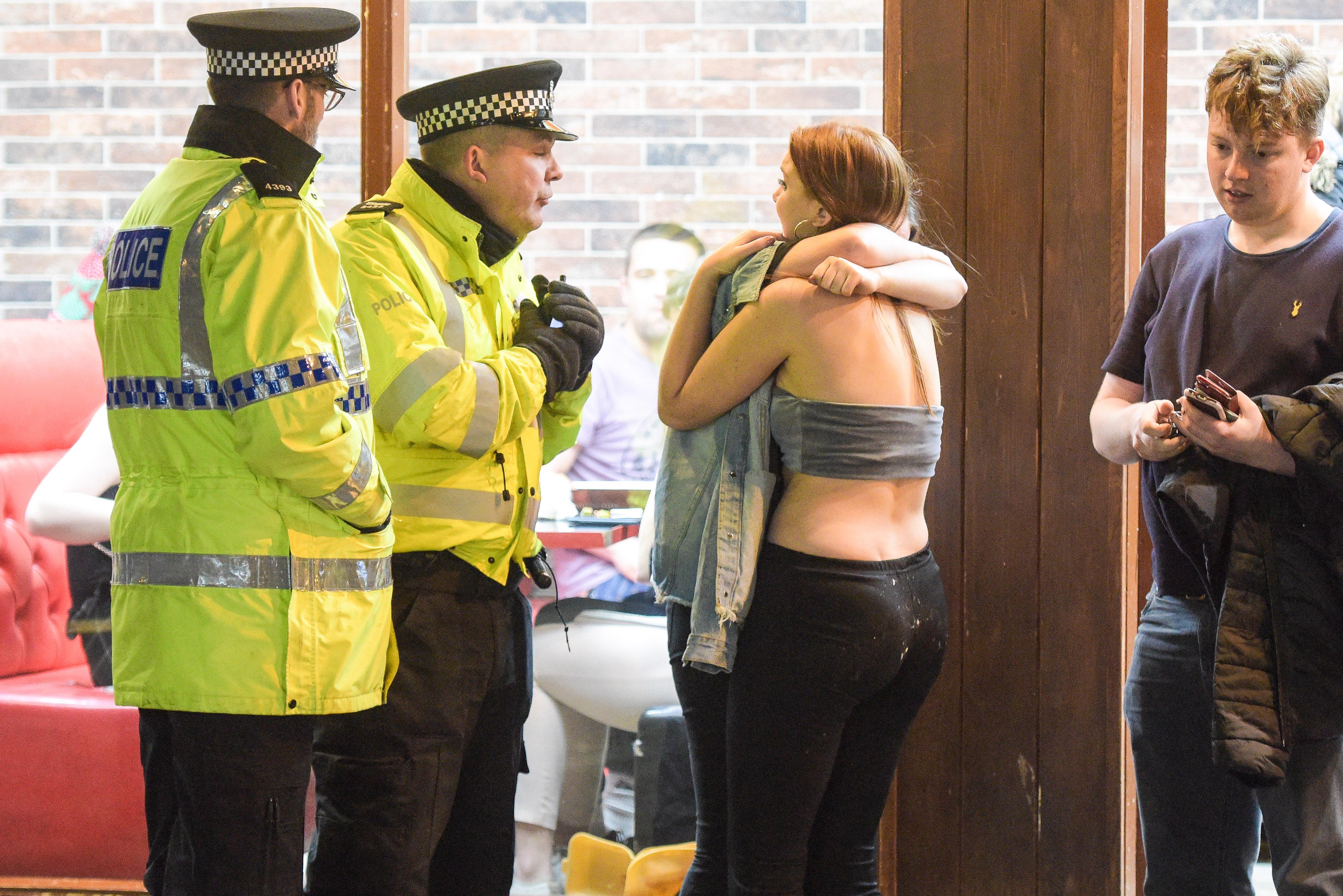 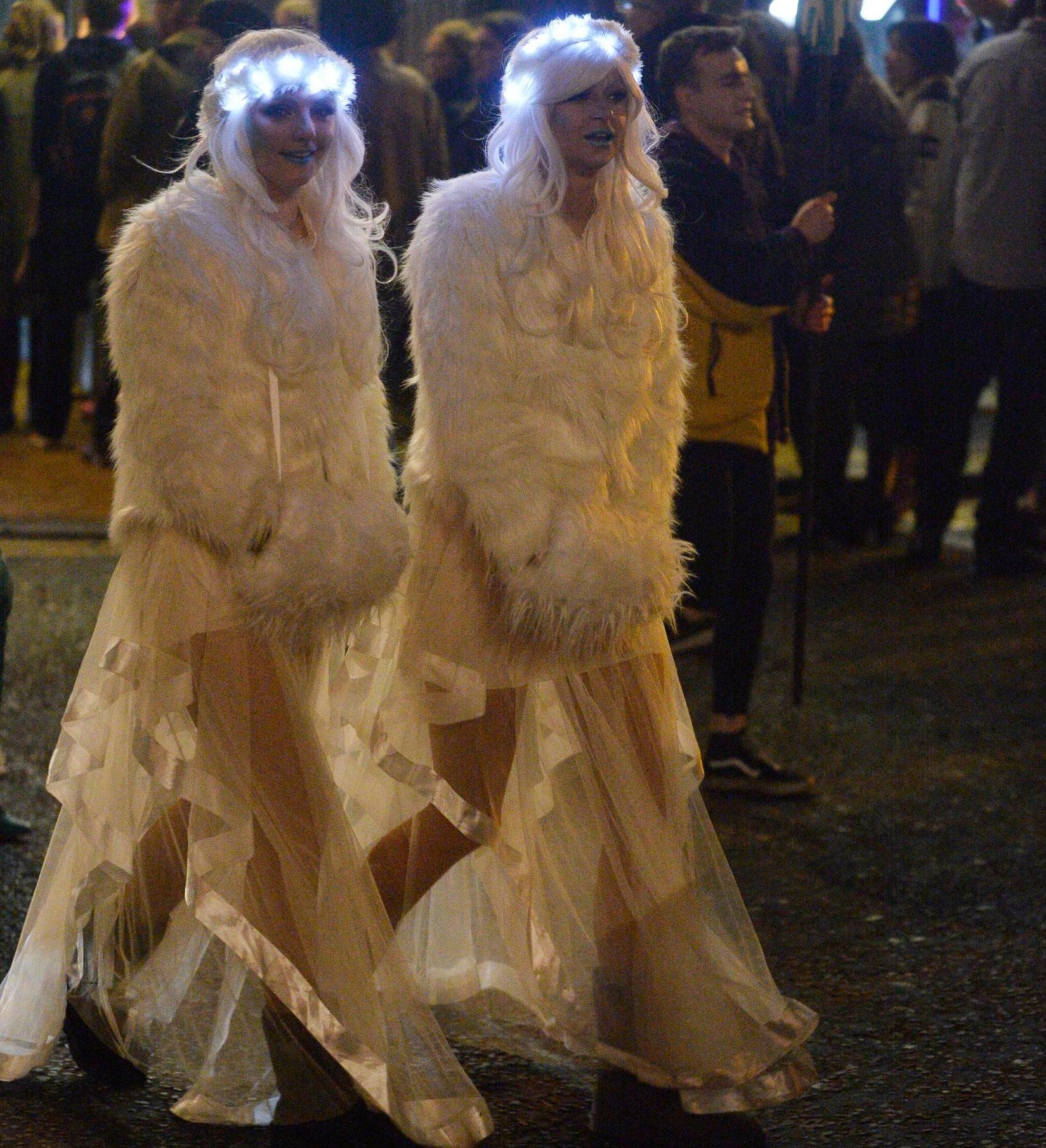 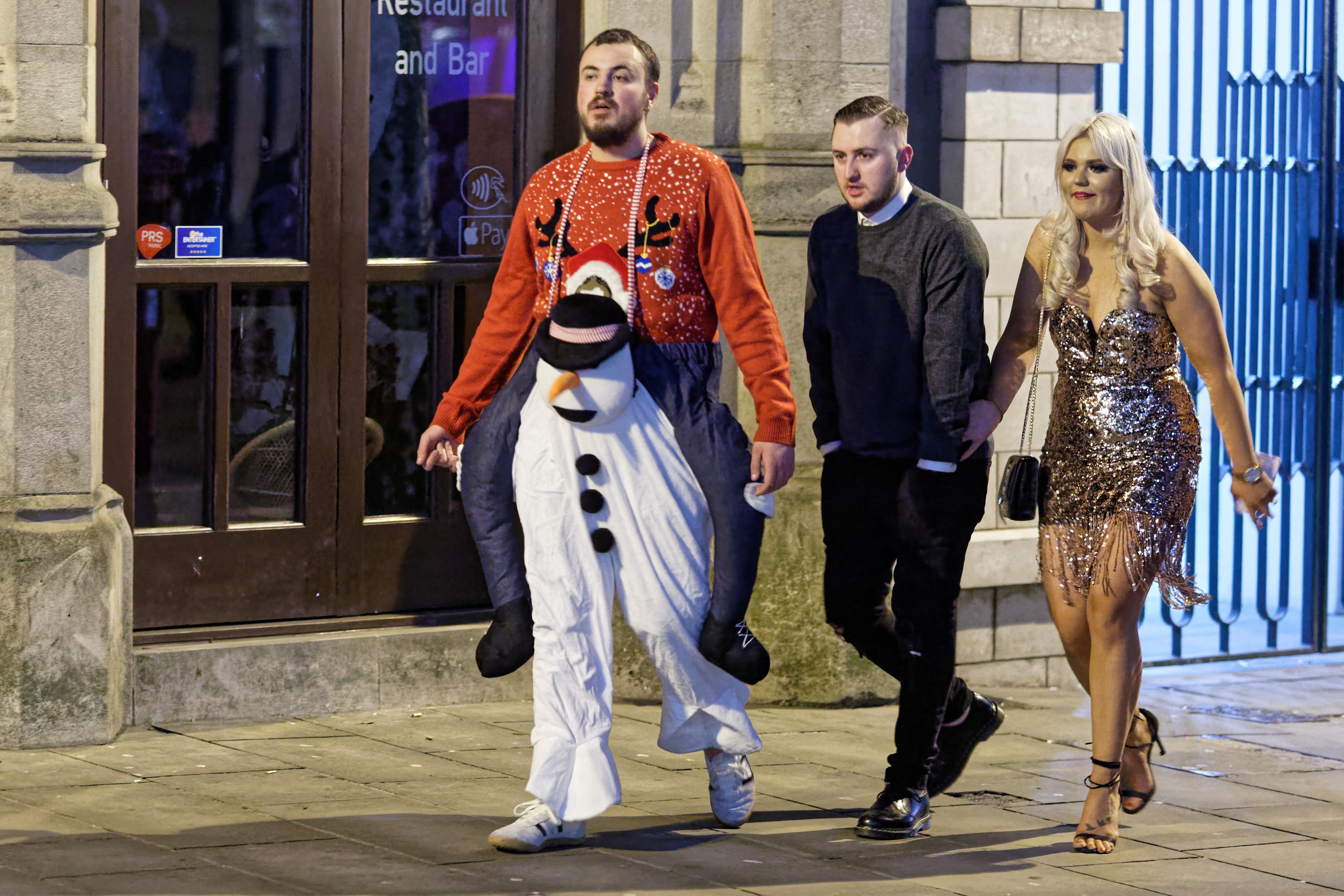 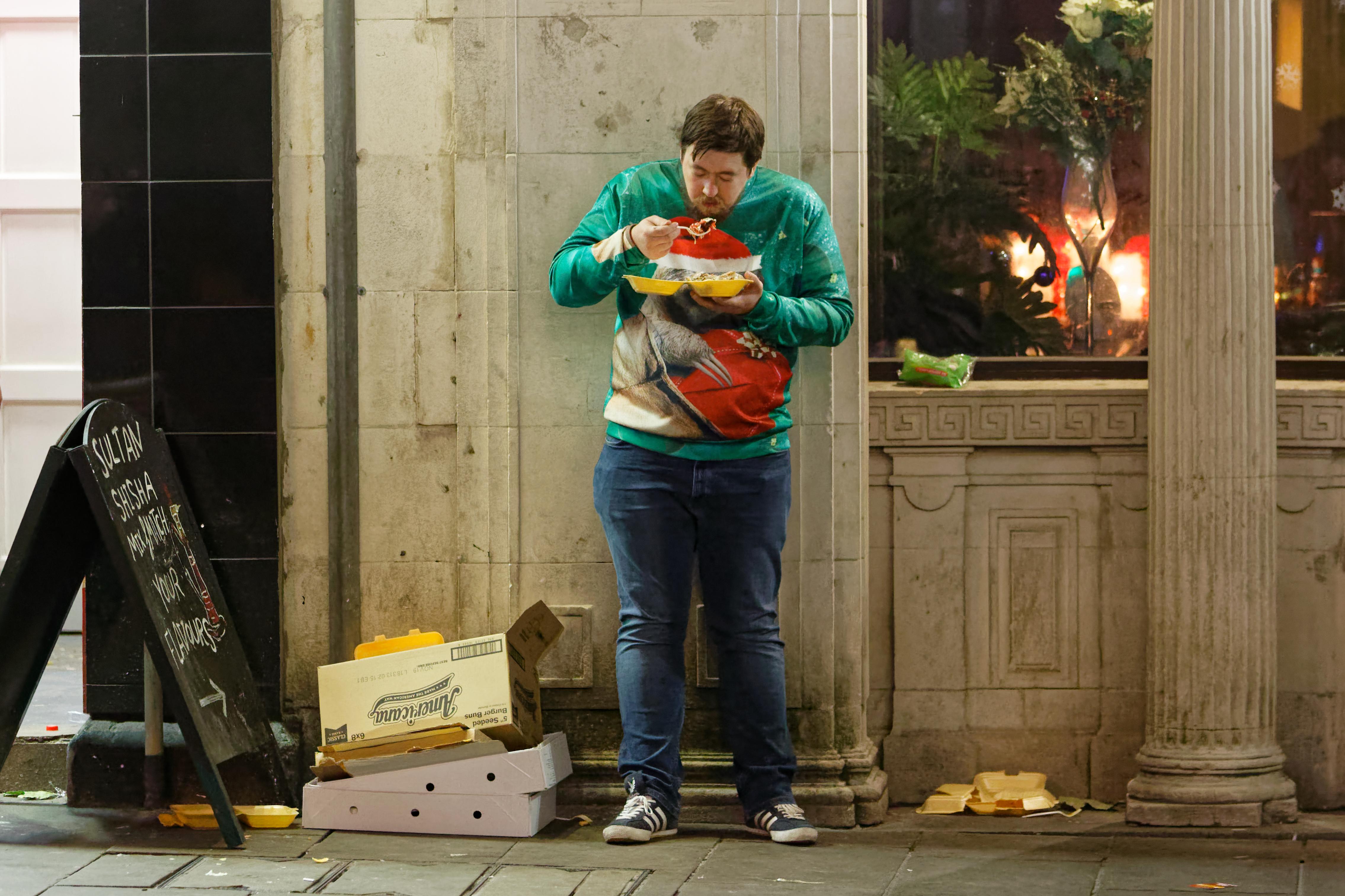 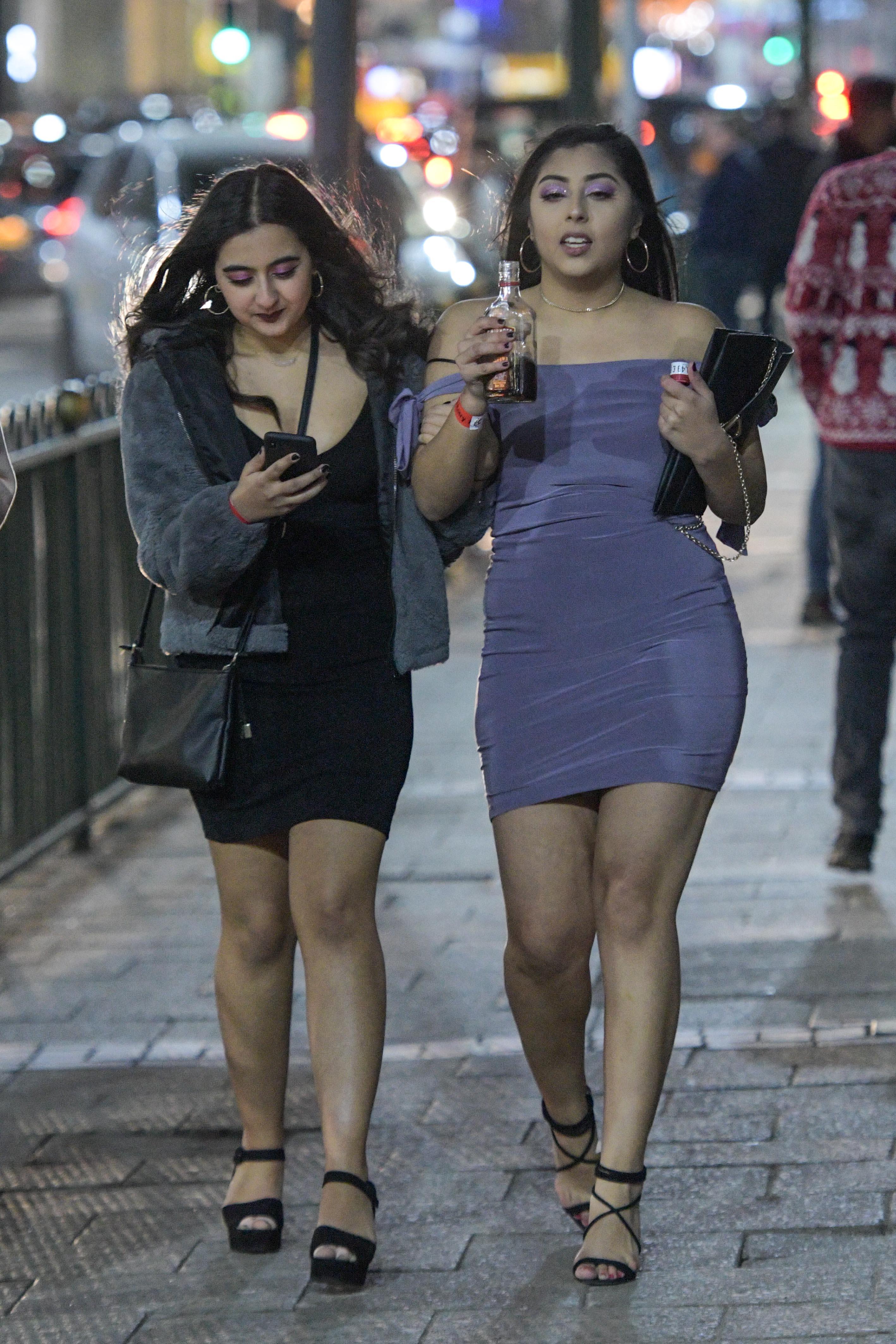 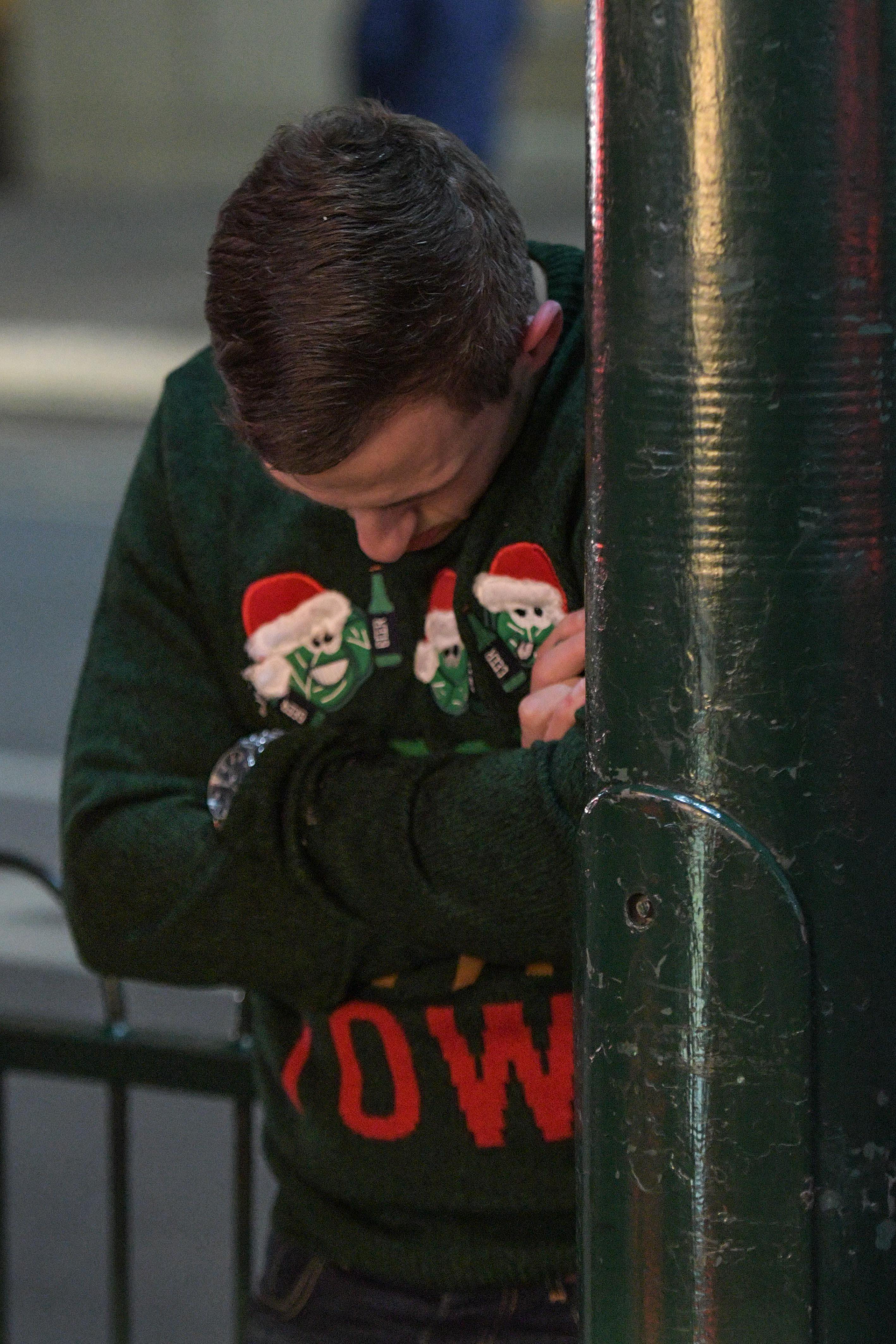 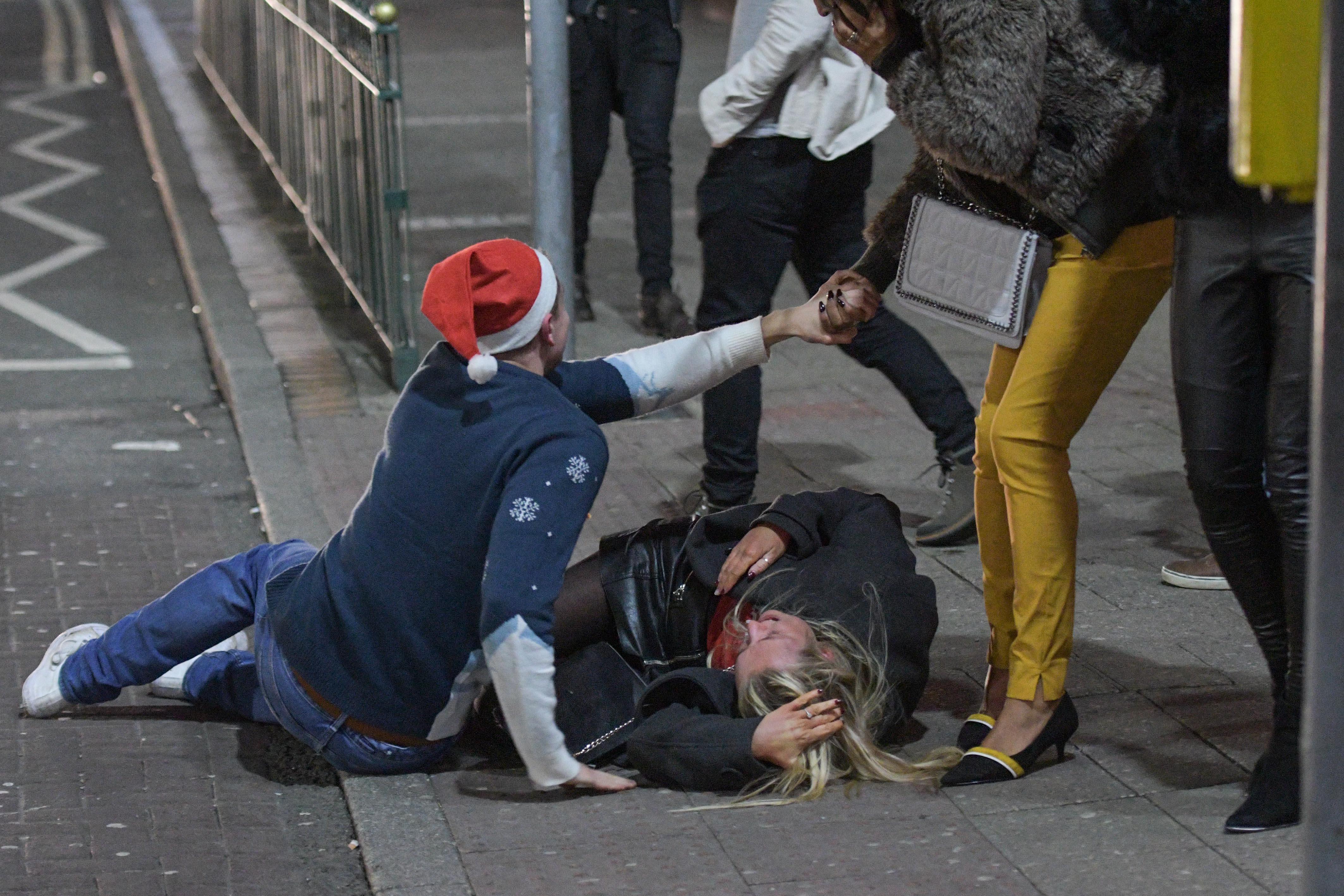 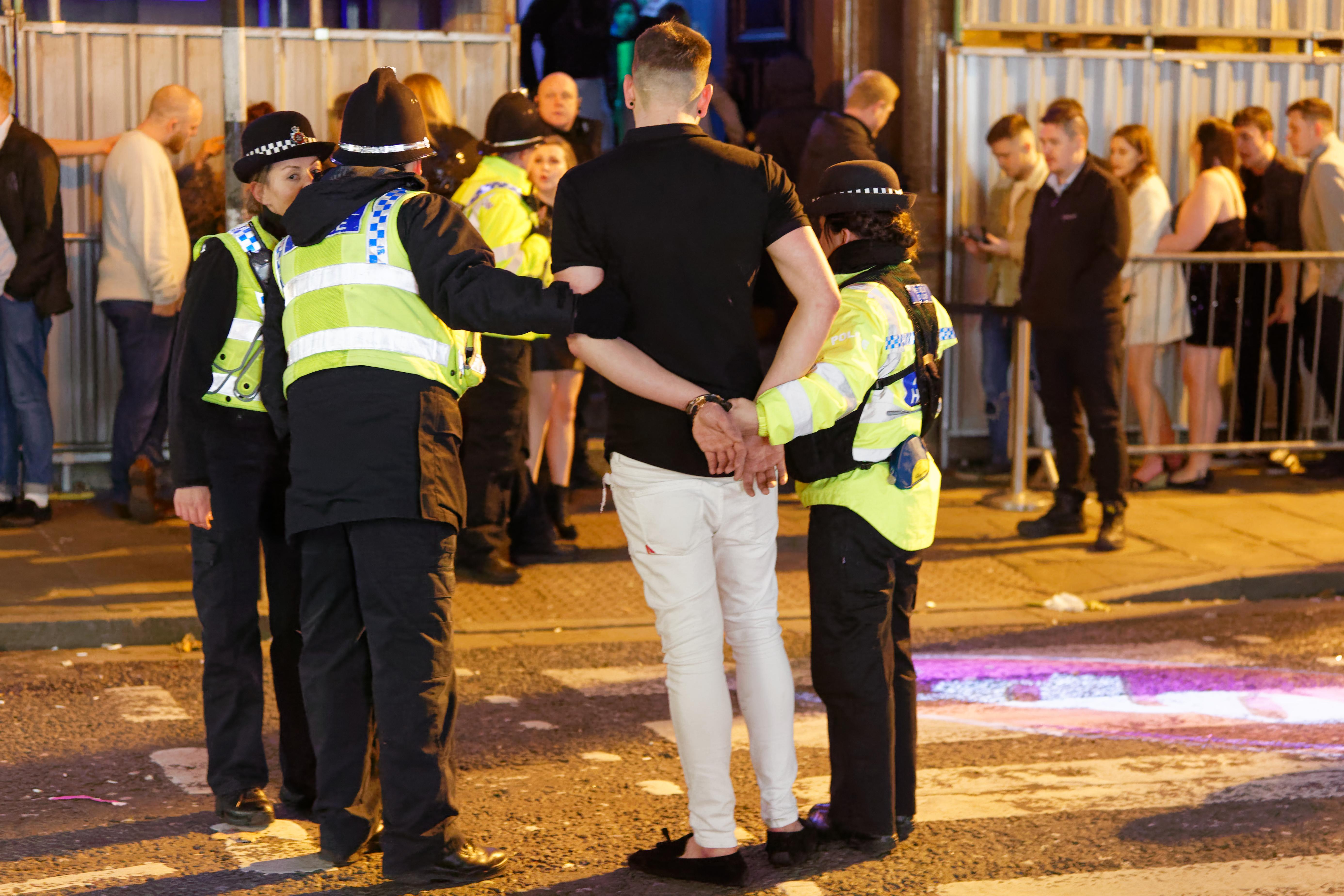 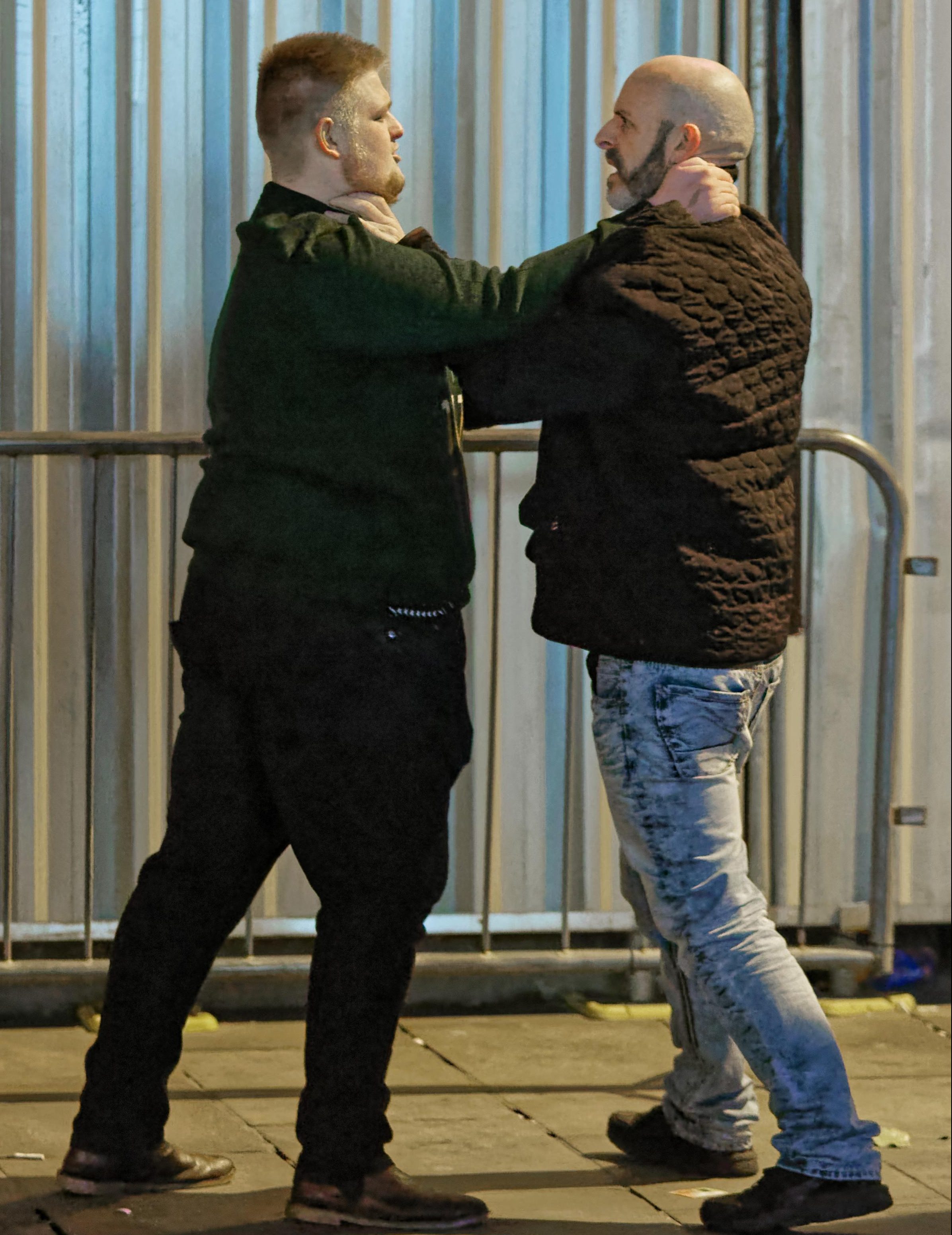 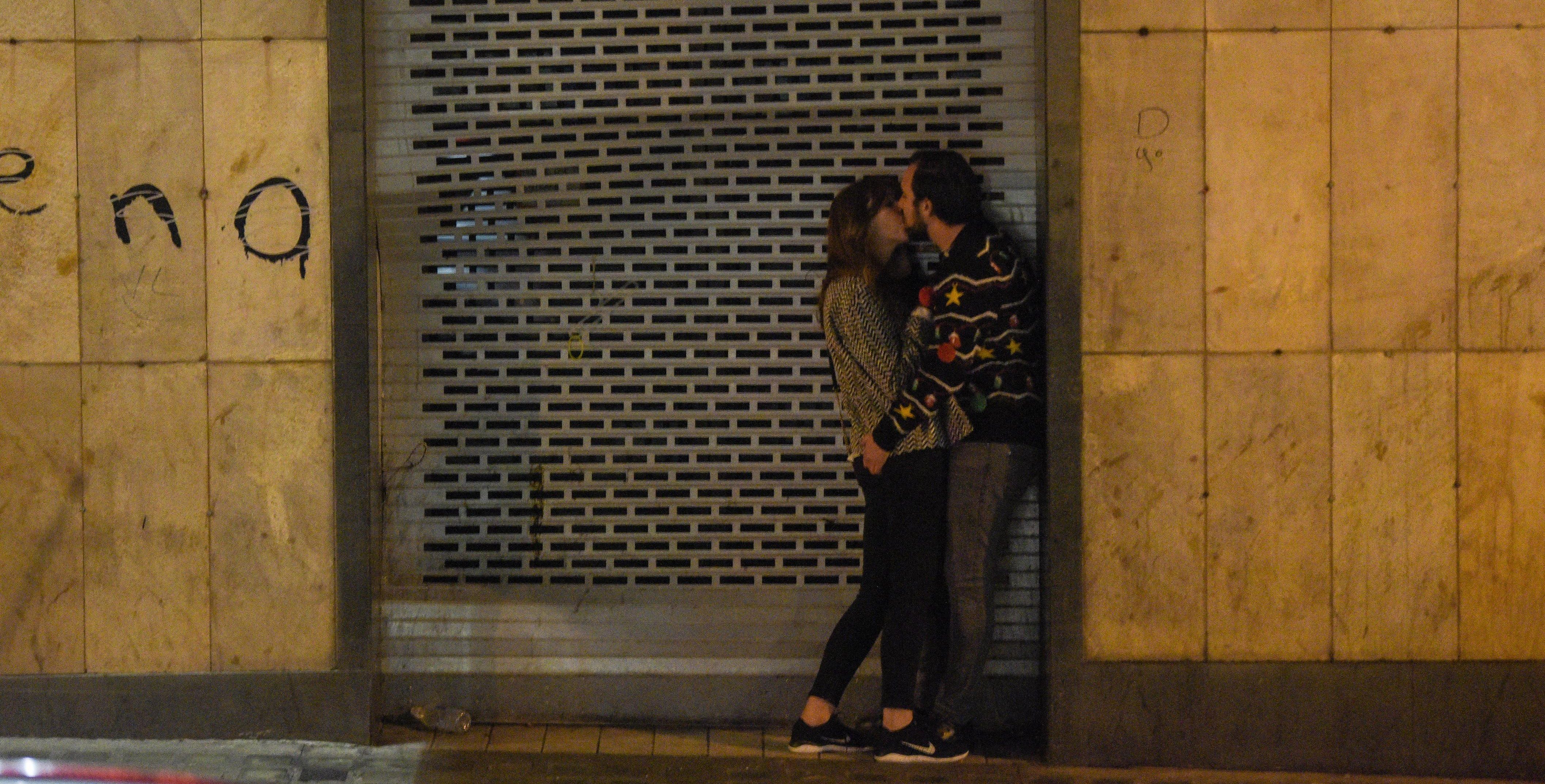 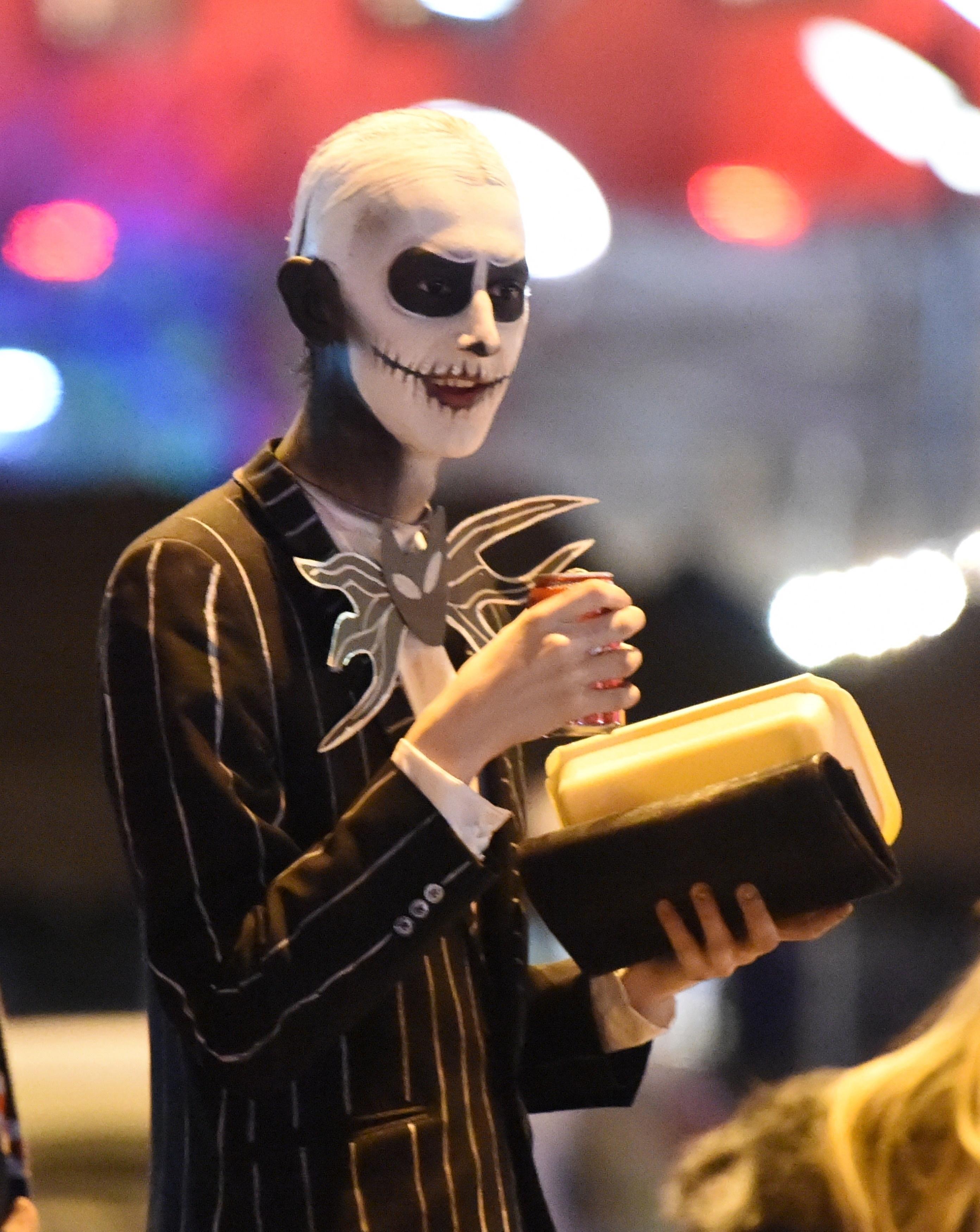