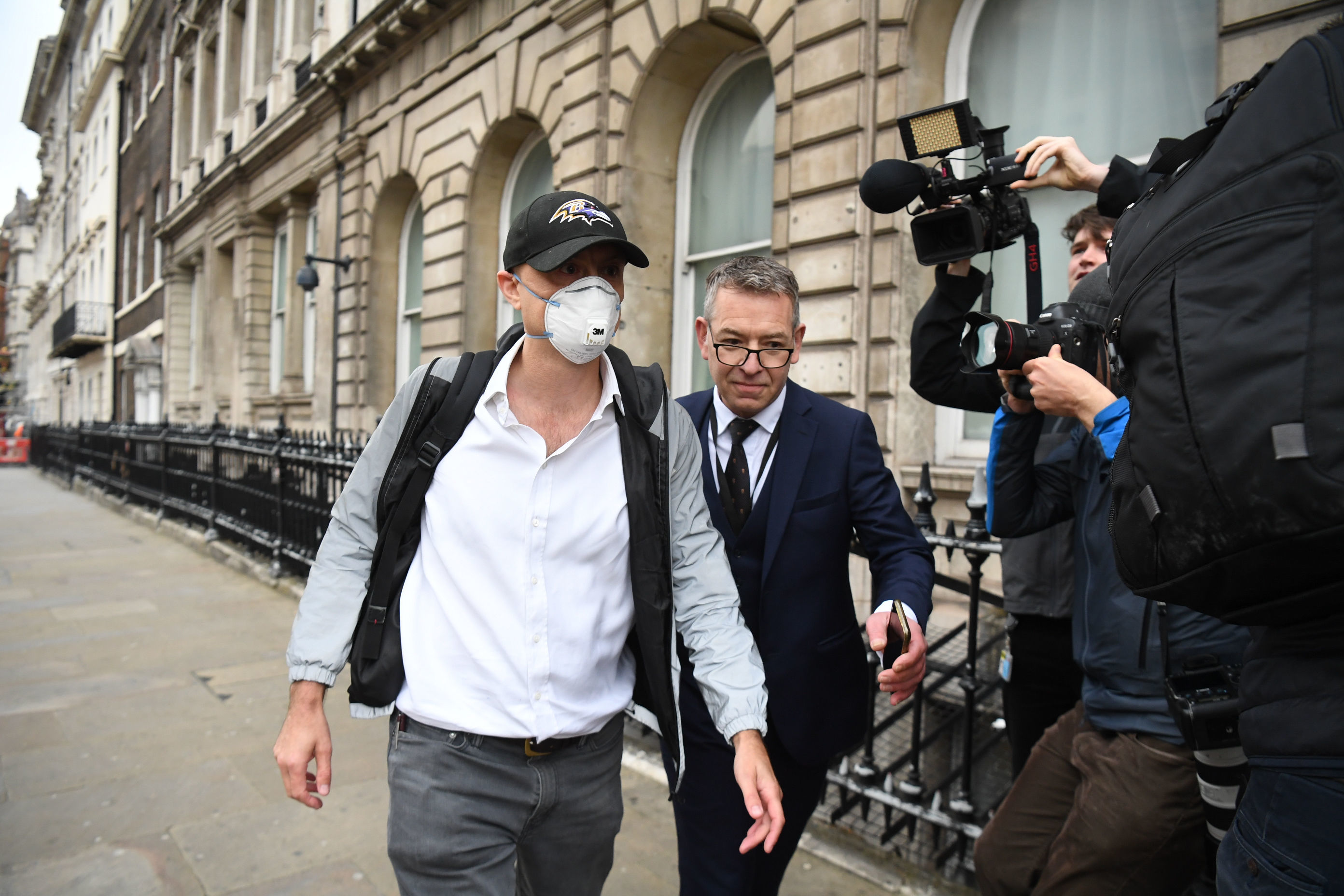 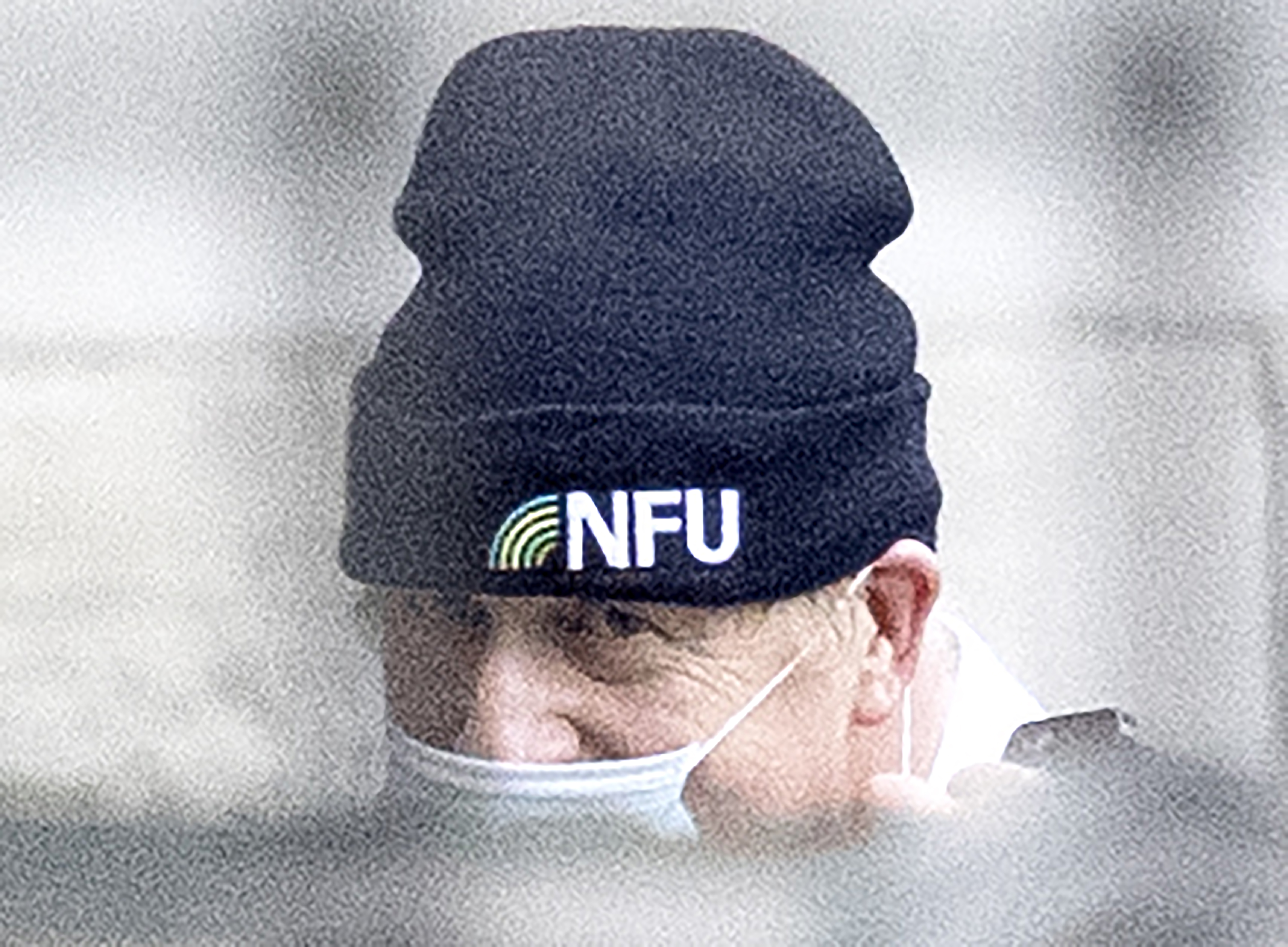 And he is widely expected to brandish documents backing up his claims at today's hotly-anticipated Commons Committee showdown.

They show last March the all-powerful maverick adviser then demanded ministers deny herd immunity was the No10 approach.

A source told Politico: "A year ago he was ordering ministers to deny herd immunity was government policy, now he’s calling them liars for sticking to the lines he gave them."

On a dramatic day:

Vengeful Mr Cummings this morning published his own evidence hours before he was set to face MPs.

He tweeted a photo purportedly showing a whiteboard in the PM's study showing the "first sketch of Plan B". 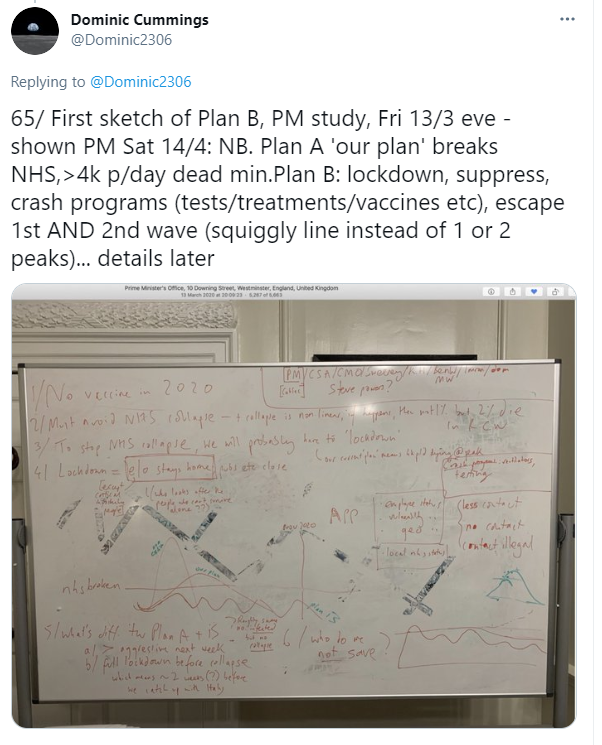 Ahead of Wednesday's session, ITV's Robert Peston reported on Tuesday that Mr Cummings will allege the PM said "Covid is only killing 80-year-olds" in a bid to delay the autumn lockdown.

Downing Street did not deny Mr Johnson made the remarks, but when asked about the report said: "There is a huge task for this Government to get on with.

"We are entirely focused on recovering from the pandemic, moving through the road map and distributing vaccines while delivering on the public's priorities.

"Throughout this pandemic, the Government's priority has been to save lives, protect the NHS and support people's jobs and livelihoods across the United Kingdom."

Mr Cummings has also hit out at various parts of the Government's response, despite being employed by No 10 for a large part of the pandemic.

He dubbed the policy at the UK's borders a "joke" and said: "The Covid plan was supposed to be 'world class' but turned out to be part disaster, part non-existent."

In his series of tweets earlier this week he slammed alleged "secrecy" in Government plans and said mass testing should have been developed much earlier. 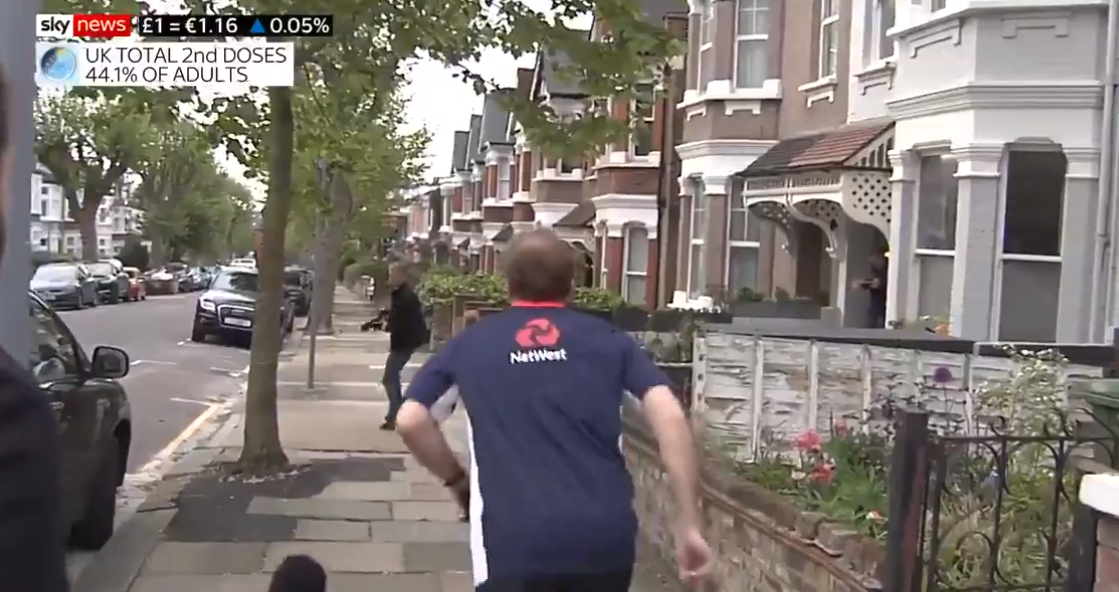 And he was insistent herd immunity – to build up resistance in the population by allowing some spread of the disease – was the Government's original plan before ministers were told this would lead to "catastrophe".

No 10 also faced questions after a Sunday Times report suggested officials fear Mr Cummings will use his appearance before MPs to accuse Mr Johnson of missing key meetings on the crisis because he was working on a biography of Shakespeare, because he needed the money to fund his divorce from Marina Wheeler, his second wife.

Asked if the Prime Minister had spent time on the book, his official spokesman said: "No, not that I'm aware of."

The Prime Minister has been "ensuring the public are kept as protected as possible during this global pandemic", the spokesman added.

The relationship between Mr Johnson and Mr Cummings is thought to have soured after a briefing war over the so-called "chatty rat" leak of plans for a second lockdown.

No 10 accused Mr Cummings of a series of damaging leaks, including text message exchanges between Mr Johnson and the entrepreneur Sir James Dyson.

But the claim led Mr Cummings to post an incendiary blog post with a number of damaging allegations against the PM.

Mr Cummings' evidence session takes place a day after the anniversary of his sensational press conference in No 10's rose garden, where he sought to justify breaking lockdown rules with a trip to County Durham and Barnard Castle in late March 2020.