Soldiers have kicked local miners out of their homes to make way for the expansion of a Chinese mine at the centre of a $395 million dispute with Australian mining firm Cassius.

In Talensi, northern Ghana, some miners have sold their plots to the Chinese state-linked mining company Shaanxi. Others have refused to give up their land. The stand-off has triggered intervention by the military to seize the land after the Ghanaian government approved the Chinese mine’s plans to expand to 50 times its original size. 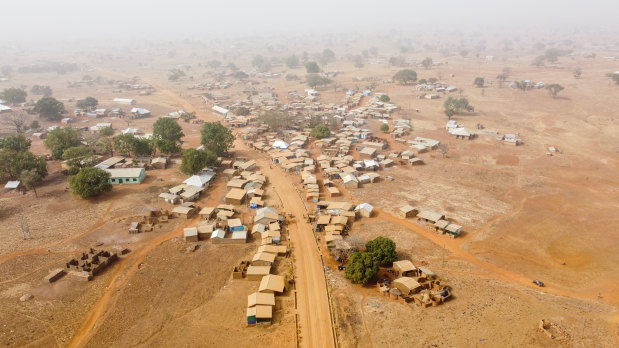 An aerial view of settlements in the Talensi. Credit:Francis Kokoroko

The dispute comes at a delicate time for Shaanxi, now known as Earl International, as it attempts to expand its operations despite allegations of trespass, theft and murder. The Sydney Morning Herald and The Age revealed in August that the Chinese state-backed mining firm had been embroiled in a dispute with Cassius after the Australian miner alleged it had dug underneath its concession to steal millions of dollars worth of gold.

The Ghanaian government has launched an inquiry into the claims as Australian miner Cassius prepares to begin action in the London International Court of Arbitration to recover $395 million in losses from the Gban project. The case has put growing scrutiny on China’s global investment strategies, its ties to government officials and the impact on local communities as it ramps up its push to expand its influence abroad.

Footage of protests around the removal site in September shows soldiers blocking local mine pits and bulldozing a dwelling. Residents who had planned to organise a press conference this week to outline their concerns about the Earl International expansion have been arrested. Local police said five people had been arrested for “planning to stage a demonstration without police notice”.

Bismarck Zumah, a former assembly member for the local electoral area, said police had a small station situated inside the Earl International compound.

“They are there to protect the Chinese miners, not locals,” he said. “The way the authorities are using the police to intimidate the poor people in the area is very serious.”

A spokesman for Earl International said the mining pits had been closed for safety reasons and denied that any property had been destroyed. Ghanaian social justice groups the Savanna Research & Advocacy Network and the Foundation for the Transformation of Marginalised Areas have called for Earl International to compensate local communities for the loss of their lands. 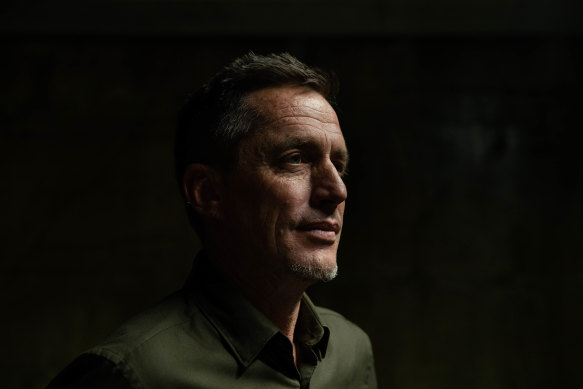 African mining and business leaders met at the Australian High Commission in Ghana for the West African Mining Security Conference on Thursday.

Australia’s High Commissioner to Ghana Berenice Owen-Jones said she was “acutely aware of the growing security and political challenges faced by mining companies operating in West Africa”. Australian miners have invested more than $40 billion in mining operations across the continent.

Head said that after he had raised concerns about Shaanxi’s operations in 2018, Ghanaian immigration police “armed with Kalashnikovs entered my home uninvited, demanded my papers and seized my passport”.

“Australian investors have lost millions of dollars due to corruption and coercion by Shaanxi against an Australian company.”

“We played strictly by the rules and because we did so we lost the investment and the tenement.

“Australia and Ghana have missed out on profits, royalties and taxes,” he said in an open letter to the Australian government and the Ghanaian Minerals Commission.

“I respectfully request that you ask your Ghanaian counterparts to properly investigate these murders and also the corruption that has cost lives and monetary loss to Australian investors and businesses.”