Birmingham Airport has said it must temporarily suspend flights after an air traffic control system fault.

Passengers have been advised to check with their airline regarding flight departures and arrivals.

The incident comes the same week as the Gatwick Airport fiasco, which saw roughly 140,000 passengers affected when a drone was apparently spotted around the runway, forcing bosses to ground flights across three days. 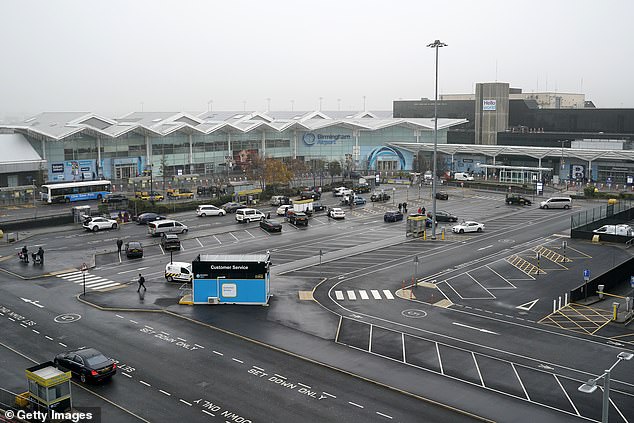 Passengers have been advised to check with their airline regarding their flight at Birmingham Airport (pictured) this evening. Stock picture

A spokesman for the airport said: ‘Birmingham Airport has had to temporarily suspend services due to an air traffic control fault.

‘We are working to resolve the issue as soon as possible.

‘Passengers are advised to check with their airline regarding flight departures and arrivals.

‘We apologise for the inconvenience this is causing to our passengers.’

Air traffic management organisation Eurocontrol, told the BBC, flights are expected to be affected until around 10pm.

The delays at the airport means more misery for travelers desperate to get home in time for Christmas. 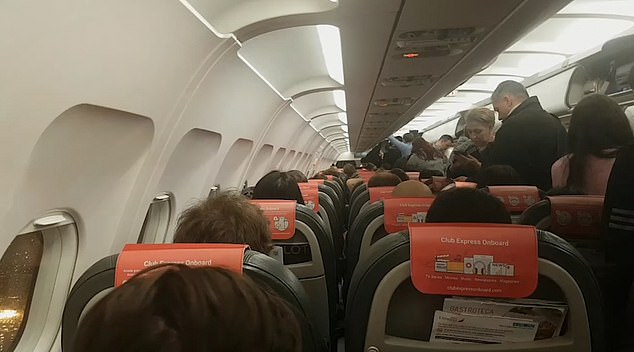 On Twitter, one user said: ‘We are stuck in Dublin being told there is a systems failure in Birmingham is that true??’

Another added: ‘What a great start to a long-planned honeymoon…not! Can anyone at least tell passengers what is going on?!’

Another social media user expressed concern about being able to get home in time for Christmas.

She said:  ‘A cancelled flight yesterday and now no chance of getting on our alternative option as Birmingham airport is closed due to technical difficulties . Merry Christmas @flybe’