This is the heartwarming moment binmen deliver a toy dinosaur as a surprise birthday present for a three-year-old girl who watches out for them every week.

The video, captured by mother Nicole Smart, shows daughter Tillie waiting eagerly at the front of her grandmother’s house in Northfleet, Kent.

The binmen can be seen pulling up in their white lorry as one of them jumps out holding a red stuffed dinosaur, while another holds a birthday card. 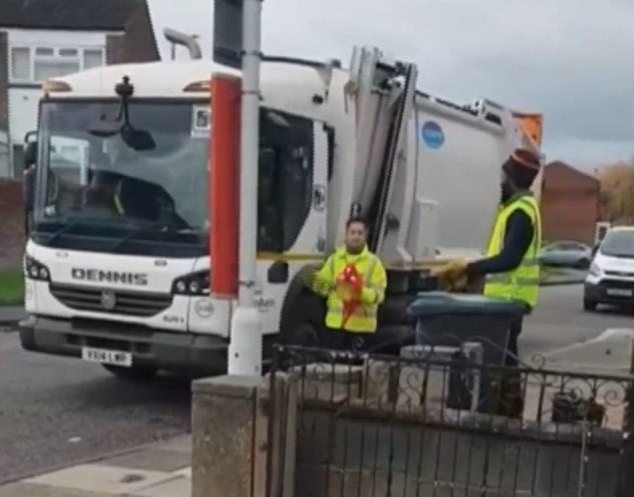 The binmen pull up in their white lorry as one of them jumps out holding a red stuffed dinosaur, while another holds a birthday card in Northfleet, Kent 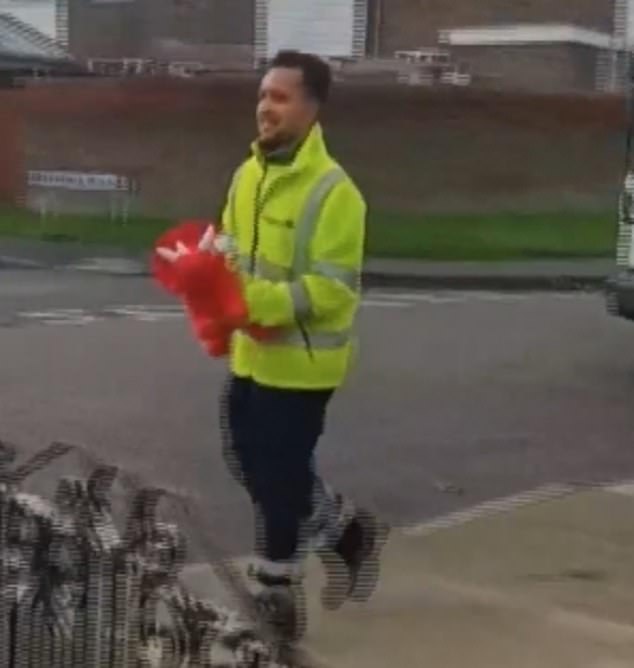 Presenting the present and card to Tillie, they shout: ‘Happy birthday!’

Excitable Tillie can be seen beaming as she holds her gift and she jumps up and down waving the card.

The three-year-old’s face lights up as she hugs her new stuffed toy as she watches her favourite binmen drive away.

Tillie stands at the front of her grandmother’s house every morning to see Howard, Jack and Matt hard at work every week because she thinks the bin lorry sounds just like a dinosaur. 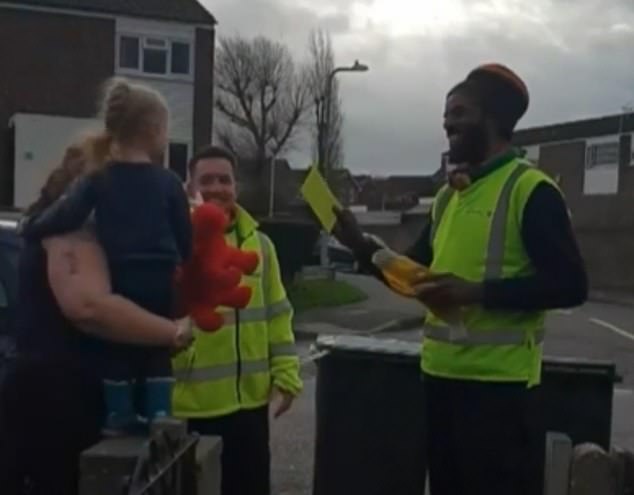 The binmen present the surprise to excitable Tillie and shout: ‘Happy birthday’

Ms Smart told Kent Online: ‘She goes and stands by the wall on Thursdays, and they wave every week.’

Ms Smart is hoping to get another special delivery for Tillie in time for Christmas.

The video was posted on Facebook and users were quick to praise the kindhearted bin men who are a favourite with the locals.

A spokesman for Gravesham Borough Council told Kent Online: ‘When Nicola told the crew about Tillie’s birthday and how she loves to watch the lorry, they were more than happy to deliver the birthday surprise.

‘The guys were really happy to be able to make Tillie smile.’ 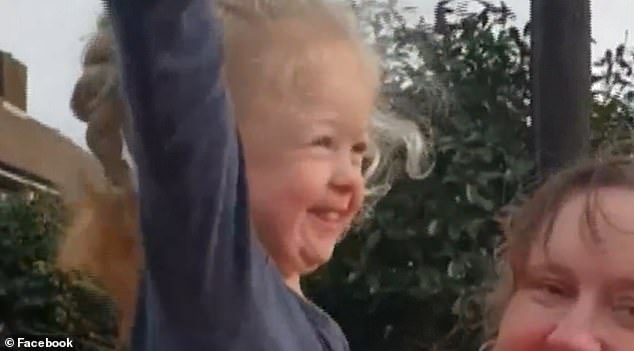 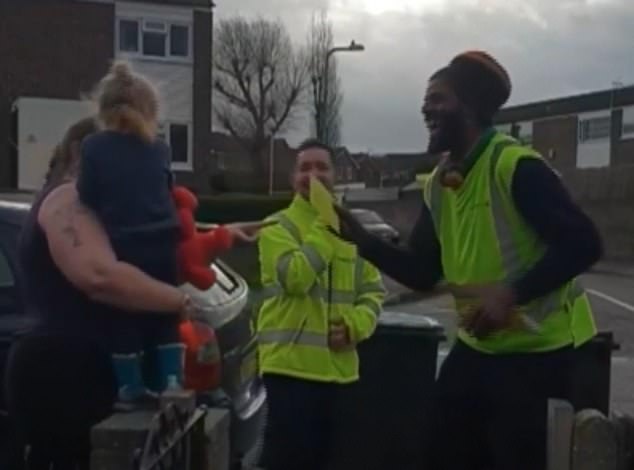