A Japanese billionaire has entered the record books as the author of the most retweeted post ever — after getting a boost by offering cash to random Twitter users who retweeted him.

Yusaku Maezawa, 43, posted his tweet on Jan. 5, and as of Monday morning, the tweet had been retweeted more than 5 million times.

The billionaire got help from Twitter users hoping to cash in on his offer of 100 million yen — or $925,000 — to be shared between 100 randomly selected users who re-tweeted him.

Maezawa, who has now soared to the heights of the cybersphere, also hopes to become the first space tourist on Tesla CEO Elon Musk’s Space X flight to the moon. He made headlines in the West last year with his plans to bring a crew of artists along with him on the Big Falcon Rocket spaceship.

Maezawa made his fortune by founding Japanese online fashion retail website Zozotown. After announcing the retweet promotion, the billionaire, who is well known for his often eccentric public persona, now has more than 5 million followers on Twitter. 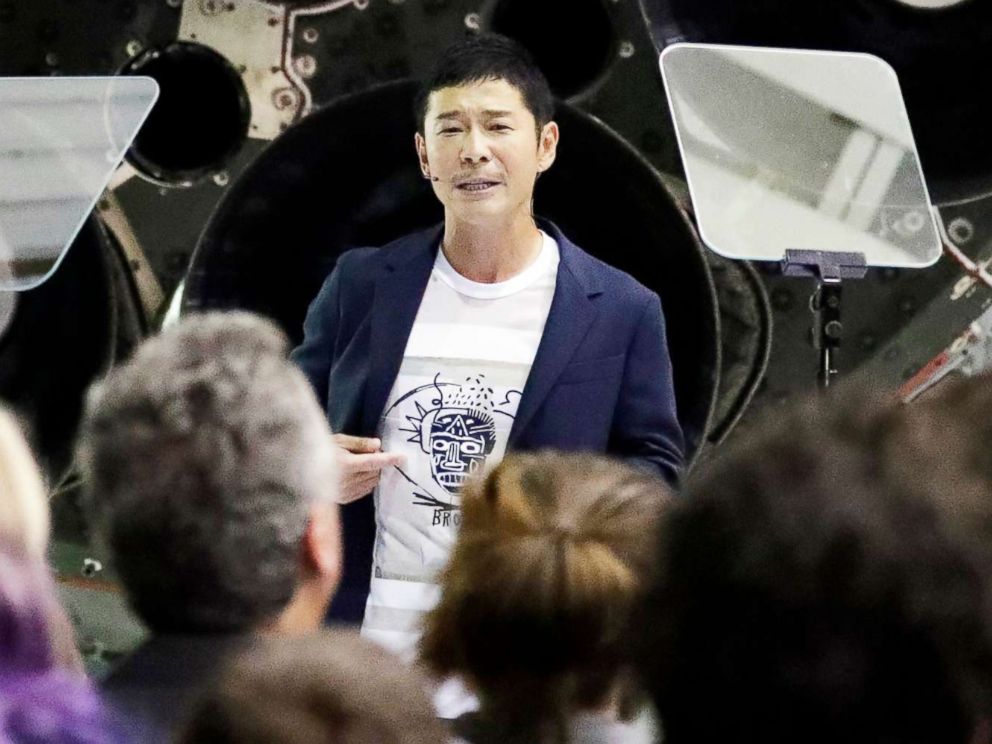 Maezawa made headlines in 2016 when he bought two pieces by the late American artist Jean-Michel Basquiat for a combined total of $167.8 million, according to the BBC.

He also confessed in an interview with the Japan Times that during the first years as president of Zozotown he was still touring Japan as the drummer of a hardcore punk band.

“I was president of my company while touring around the country with the band,” he told the Japan Times. “When it became physically impossible to handle both, I chose my company. That was around when I was 25 or 26.”

Maezawa is the 18th richest man in Japan, according to Forbes magazine.