Health and Human Services Secretary Xavier Becerra on Tuesday unveiled what was called an “action plan” on abortion access as advocates call on President Joe Biden and his administration to do more in the wake of the Supreme Court stripping the constitutional right to abortion nationwide.

Becerra said there’s no “magic bullet” that could restore Americans’ constitutional right to abortion, but said the administration was working with its top legal advisers to explore every option.

Becerra’s comments are likely to be a steep disappointment for progressives after he promised to take action in the wake of the Supreme Court ruling. In his remarks, Becerra only noted that federal law allows for abortions through its Medicaid program in cases of rape and incest — a standard at odds with states like Arkansas.

“Friday’s Supreme Court decision was despicable. But it was not unpredictable. HHS has been preparing for this for some time,” he began, before laying out largely existing policy protecting the right to abortion.

When pressed by ABC Senior White House Correspondent Mary Bruce on why he didn’t have more concrete proposals if the ruling was predictable, Becerra noted that he wanted to ensure the administration was on firm legal ground. 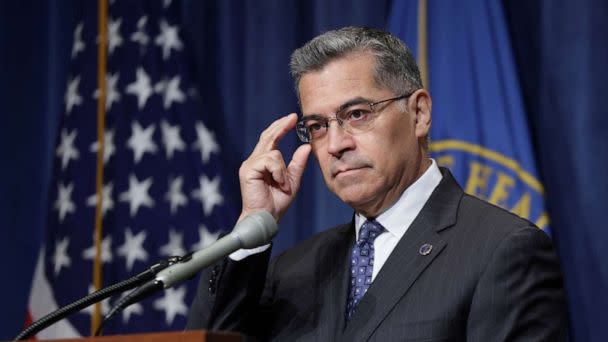 “We’re not interested in going rogue and doing things just because we want to make sure what we tell Americans is accurate — because we hear, we know, a lot Americans are hearing a lot of inaccurate information,” Becerra replied. “And so to every American who’s impacted: My apologies that, I as I said, we can’t tell you there’s a silver bullet. But what I am saying to you is that the more we dig, we will do everything we can with what we find to make sure we’re protecting women’s reproductive health care services. It takes a little time because we want to do it right, and we want to do it according to the law.”

Among actions he ticked off, Becerra said he was directing his Office of Civil Rights to ensure patient privacy of anyone seeking reproductive care, working to ensure the clinical judgment of doctors is supported in treating patients at risk because of pregnancy and working to expand access to family planning and contraceptives.

He also said HHS will first take steps to increase access to medication abortion — but he said later to “stay tuned” on what exactly those steps would be.

“How we respond will speak to how we view the rights, the dignity and the well-being of women everywhere,” he said, before taking questions from reporters. “At HHS, we will leave no stone unturned.”

NEW: HHS Sec. Xavier Becerra on “despicable” decision overturning Roe v. Wade: “HHS has been preparing for this for some time.”

“There is no magic bullet — but if there is something we can do, we will find it, and we will do it at HHS.” https://t.co/cy8gPgut06pic.twitter.com/C6abtpjOsN

Abortion rights groups have also pitched a variety of options for the federal government to take.

One option presented was to declare a public health emergency to free up federal funds, possibly to use for transportation, an idea supported by members of the Congressional Black Caucus. But this approach would likely be challenged in court as a violation of the Hyde Amendment, which bans federal funds to cover almost all abortions. Becerra did not call for one Tuesday.

MORE: Responding to Roe’s demise, some fellow Democrats tell Biden: ‘Do absolutely everything’

While some Democrats have urged the administration to look into whether reproductive health services could be provided on federal lands or on federal property, White House press secretary Karine Jean-Pierre shot down the idea Tuesday, saying anyone who is not a federal employee who utilized such facilities could be subject to prosecution under some state laws.

“We understand the proposal as well the intention but here’s the thing, it could actually put women and providers at risk,” she said.

Another idea is to loosen restrictions on the abortion pill so that it can be picked up at pharmacies. Currently, only registered clinicians can prescribe it and mail it. Pharmacies are not part of that network, which would require FDA regulatory action. 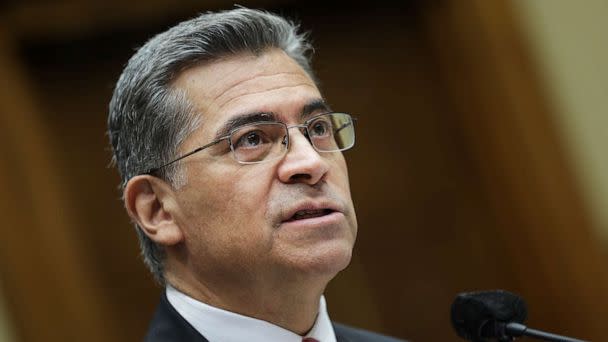 “Federal law requires our programs to provide medication abortion in certain circumstances, such as the life of the woman rate, or instance,” Becerra said Tuesday. “Now more than ever, it is imperative that all federally supported programs and services are complying with the law.”

MORE: Abortions to move underground in half the US: Here’s how it might work

While telehealth medicine is allowable under federal rules, it’s not a loophole to circumvent state restrictions — which Becerra acknowledged.

Asked about possible ways to help with transportation for women who may need to travel to another state to get an abortion, as Becerra hinted the administration was looking into on Monday, he said, “Once we tell you exactly what we believe we are able to do, have the money to do, we will let you know, but until then, what I can simply say to you is every option is on the table.”

HHS Sec. Xavier Becerra on medication abortion: “The Supreme Court’s decision will result in worsened health outcomes and death for some patients. Working to increase access to this drug is a national imperative and in the public interest.” https://t.co/KqOROeVBX4pic.twitter.com/cCamTxK6fP

Right now, the only legal option a person has in a restricted state for abortion services would be to travel to a state where it is allowed.

Otherwise, the person can go online and engage providers who are outside the scope of the U.S. regulatory system, such as the international organization Aid Access, which says it will prescribe the pill to women in the U.S. for 95 euros regardless of where they live. The FDA does not recommend this, although advocates say the group is using a reputable pharmacy in India.

“We’re going to stay within the confines of the law,” Becerra stressed, “even though it’s a lot I personally believe jeopardizes the health of women.”