PRESIDENT Joe Biden has signed his $1.9 trillion relief bill in the Oval Office today as $1,400 checks are set to go out to Americans in need.

The 78-year-old president signed his landmark stimulus bill into law on Thursday afternoon shortly after 2pm after saying "voices were heard" yesterday. 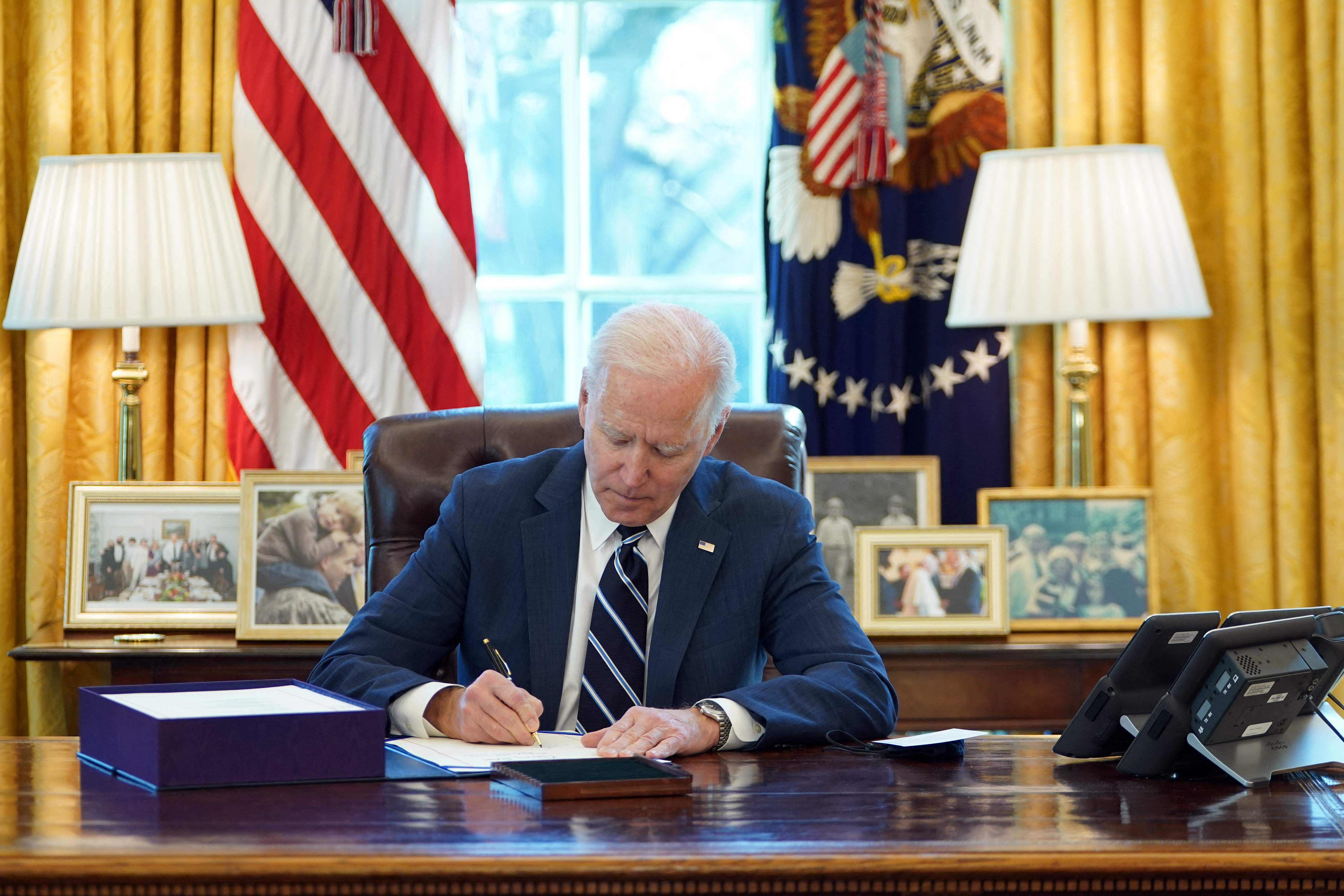 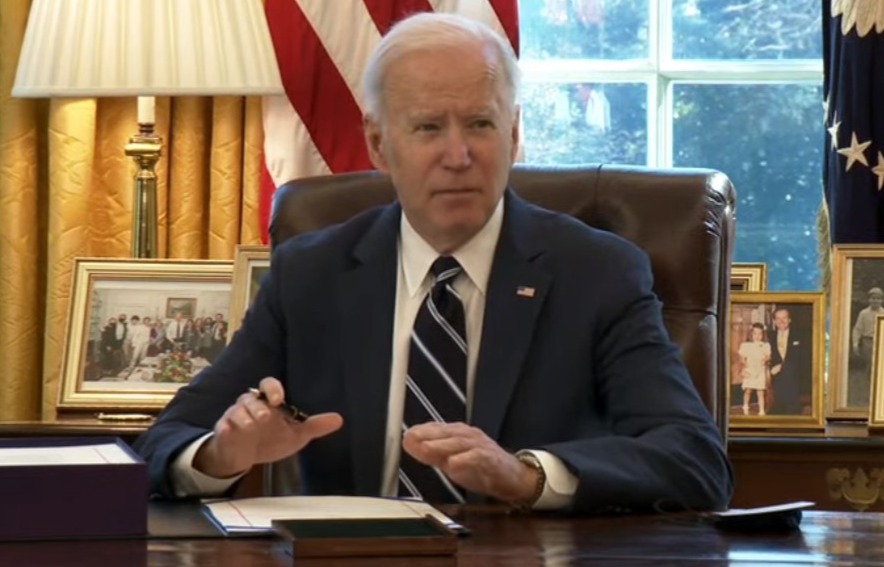 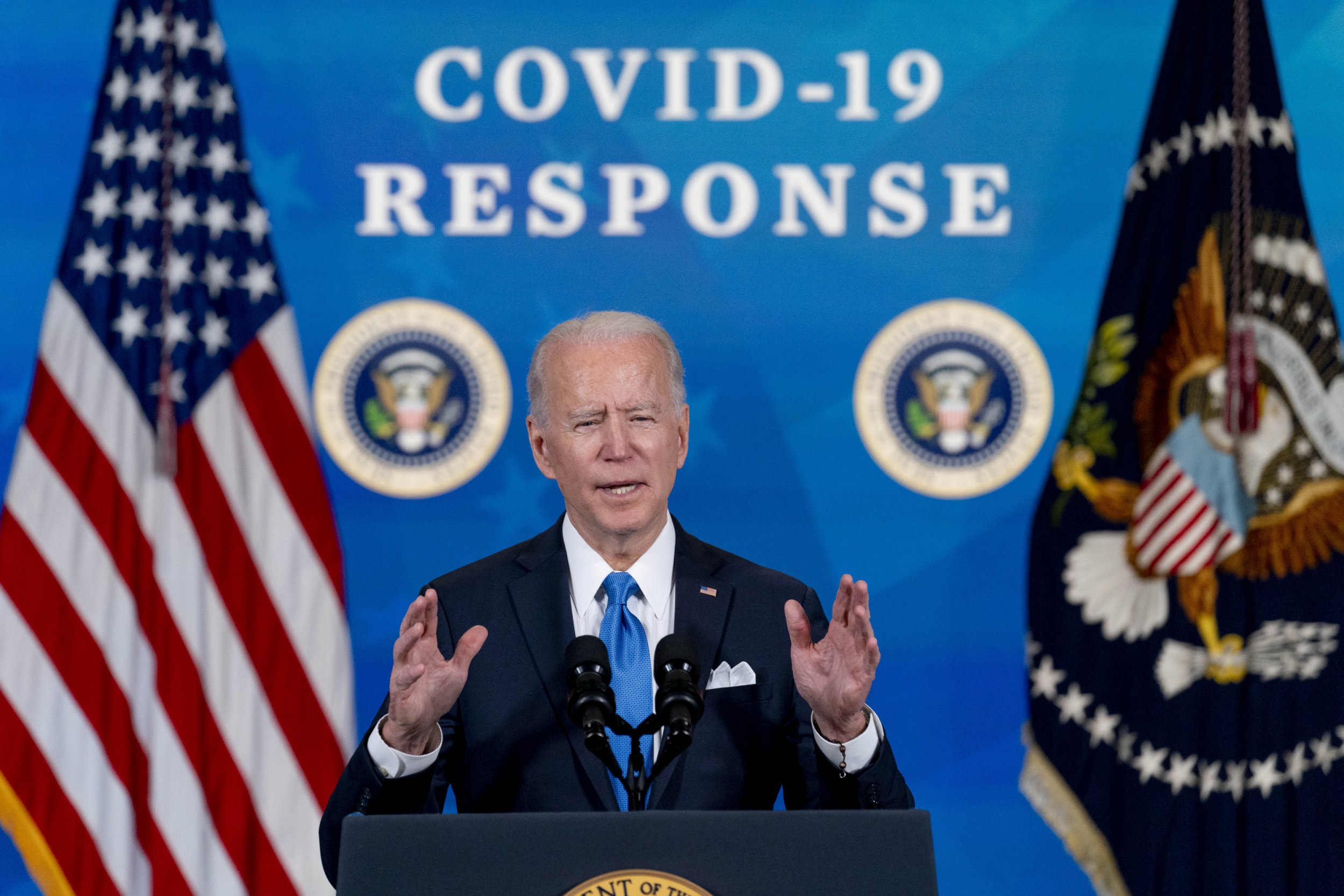 Biden said "this historic legislation is about a fighting chance" before he added his signature to the landmark package.

"Tonight, and the next couple of days, I'll be able to take your questions," he told White House reporters. "But in the meantime, what I'm going to do is sign this bill and make the presentation tonight.

"Then there will be plenty of opportunities to be on the road not only talking about what I'm talking about tonight, which is the impact [of] the virus and how to end this pandemic.

"We're going to talk about all the elements of the bill beginning Friday, Saturday, and all through the week. So, thank you for being here," he added as he signed the bill.

Before the signing, Senior White House Correspondent Phil Mattingly wrote to Twitter: "President Biden will sign the $1.9 trillion Covid Relief Plan this afternoon at 1:30 p.m. in the Oval Office." 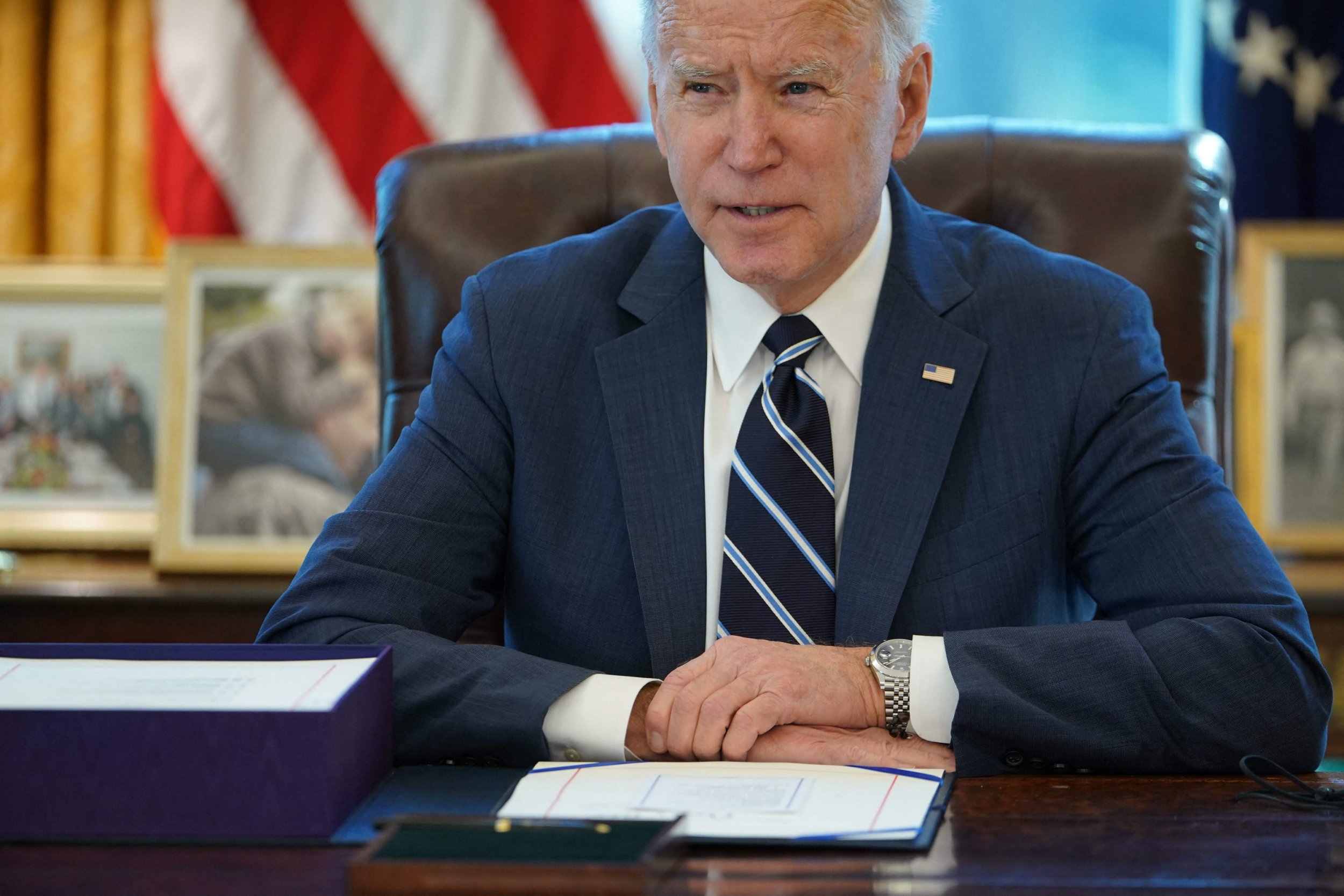 She tweeted: "Because Congress enrolled the bill more quickly than we anticipated, the President will sign the American Rescue Plan into law today within the hour."

Psaki noted that Vice President Kamala Harris would be joining him in the Oval Office and a signing event would be held at the White House on Friday.

He wrote: "It's the new American Rescue Plan site!

"You can learn how the bill will help families like yours, find out how the checks will be distributed, and tell us how the President's plan will help you."

The announcement comes one day after Biden's relief bill was passed on Wednesday through the House at 220 to 211 votes. 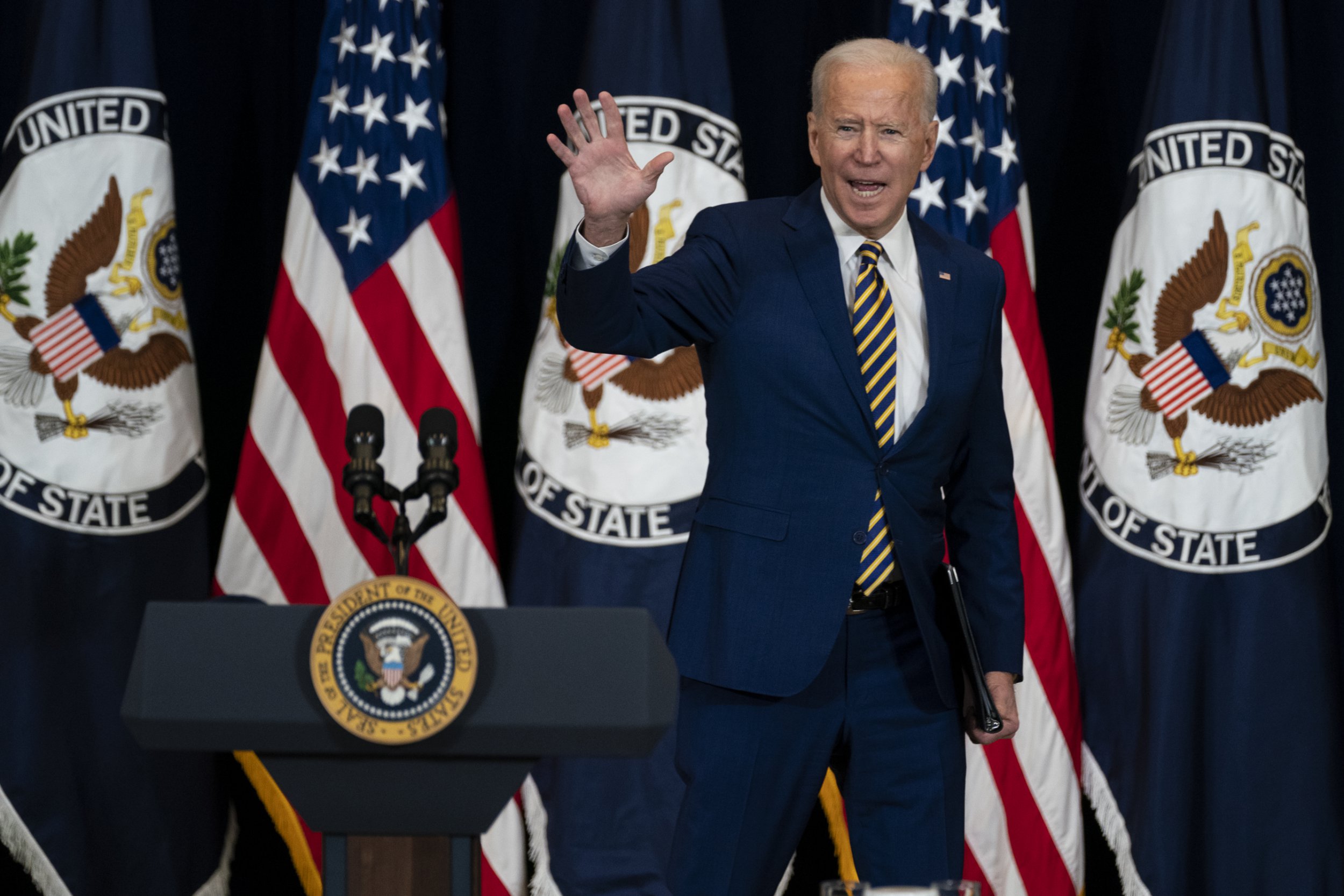 Just minutes before the vote was confirmed, Psaki confirmed that the president will sign the $1.9trillion Covid relief bill on Friday afternoon.

However, it's apparent that the signing will be taking place ahead of schedule – allowing checks to be sent out sooner than later.

Biden's name will not appear on this third round of stimulus checks. Psaki said this is in order to "expedite the payments and not delay them."

The signing could result in Americans seeing the cash drop as soon as this week.

The latest round of cash will start to be phased out for individual tax payers who earn $75,000 a year.

But once you hit the $80,000 annual gross income (AGI) limit, you won't be able eligible for the help at all.

This also means that a family of four could see a package of up to $5,600. 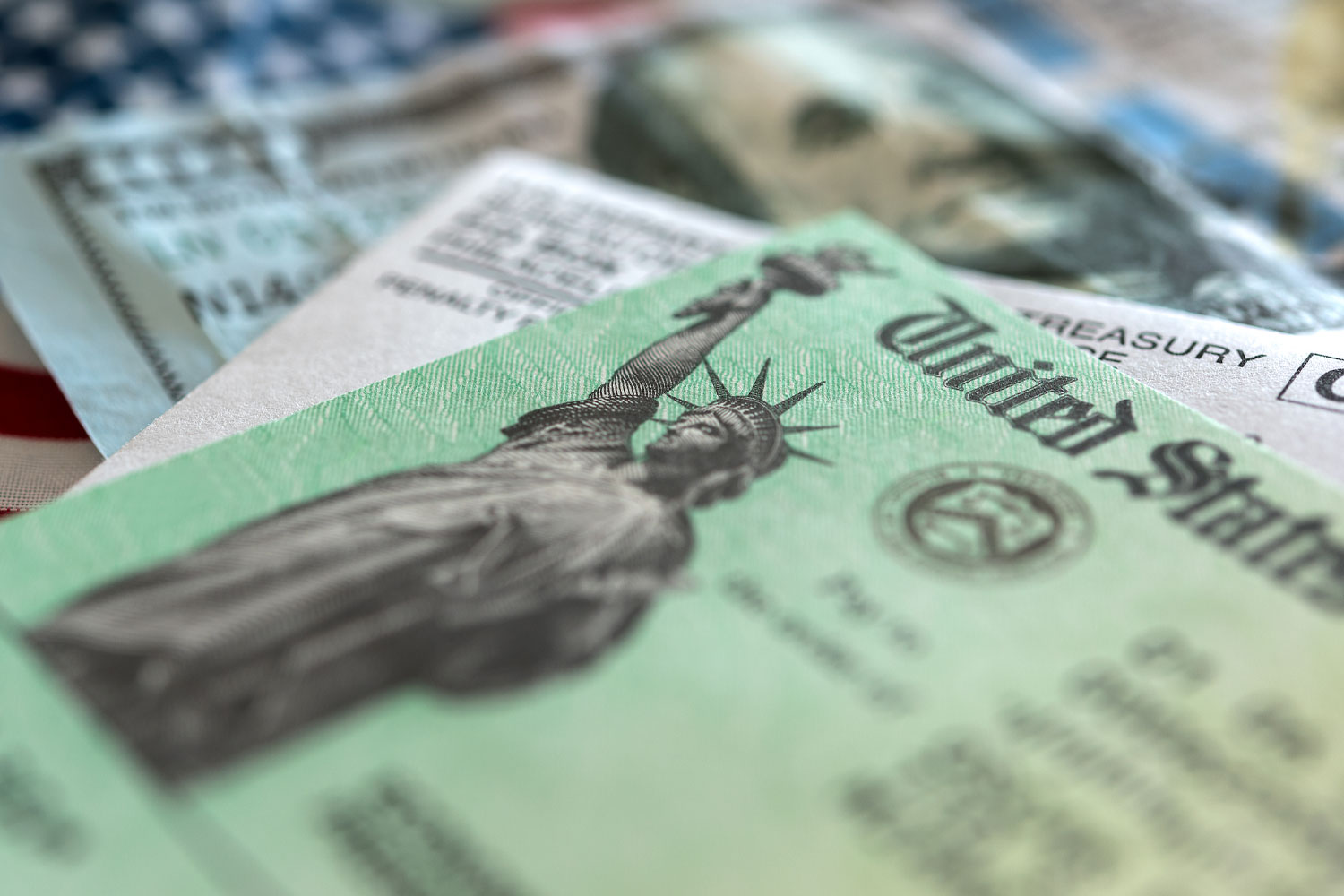 Following the approval news, the Treasury confirmed that the first batch of $1,400 stimulus checks will be going to those who gave their direct debit information in their 2019 and 2020 tax filings.

After the money is sent via direct debit, the next round of recipients will be those who have their information on file with the Internal Revenue Service due to other government programs.

For Americans that do not have their banking details on file with the IRS, they will receive paper checks and EIP cards.

Speaking after the bill was passed by the House, the president told reporters the American Rescue Plan is about "putting patriotism and public health first."

"The vaccines bring hope and healing in so many ways," Biden said, after boasting about the 2.9 million doses distributed across America on Saturday alone.

"Again, a vaccinated American is the only way to beat the pandemic, get our economy back on track, and for us to get back our lives and our loved ones."