Joe Biden went on the attack against Republicans and the 6-3 conservative Supreme Court Sunday on what would have been the 50th anniversary of Roe v. Wade and issued a presidential memorandum protecting access to the abortion pill.

Meanwhile, Vice President Kamala Harris will speak in Tallahassee, Florida Sunday afternoon to announce the new directives and discuss ‘next steps in the fight for reproductive rights.’

The Supreme Court in June overturned the landmark 1973 Roe v. Wade decision, issuing a ruling on Dobbs v. Jackson Women’s Health Organization that stripped federal protections for abortion and gave the rights back to the states.

‘Today, instead of commemorating the 50th anniversary of the Supreme Court’s decision in Roe v. Wade, we are acknowledging that last year, the Supreme Court took away a constitutional right from the American people,’ Biden wrote in a statement Sunday. 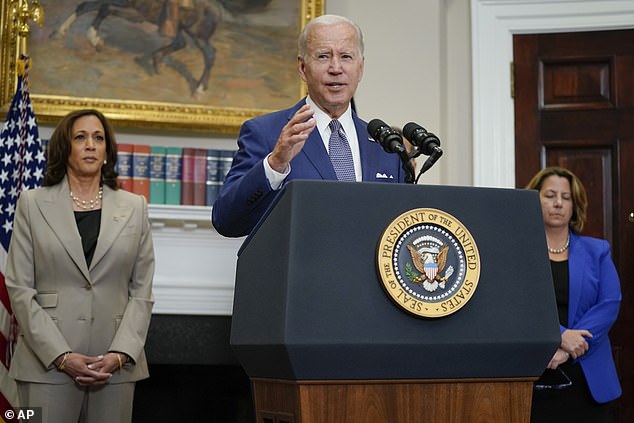 President Joe Biden issued a Presidential Memorandum Sunday protecting access nationwide to the abortion pill as Vice President Kamala Harris heads to Florida for remarks on what would be the 50th anniversary of landmark abortion case Roe v. Wade 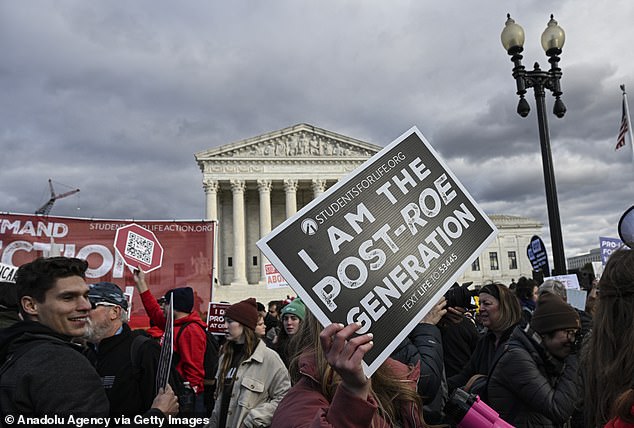 The Supreme Court ruled in June against Roe v. Wade, which stripped federal abortion protections and send the issue back to the states. Pictured: Demonstrators with the March for Life rally in Washington, D.C. on Saturday for the first event since the overturn of Roe v. Wade

Harris will announce in her remarks that administration’s new plan ‘ensuring safe access to medication abortion,’ specifically referencing the drug mifepristone, which is a pill used to induce a medical abortion or force a miscarriage. Combined with misoprostol, the drug is 97 percent effective during the first 63 days of pregnancy and can also be effective in the second trimester.

‘Democrats are proudly cheerleading barbaric policies to allow unrestricted abortions — including infanticide. That’s all anyone needs to know,’ The Republican Party of Floruda wrote in a statement on Harris’ upcoming remarks.

The 50th anniversary of Roe v. Wade has brought about a flurry of reactions from both sides of the abortion arguments.

Demonstrators at the March for Life in Washington, D.C. on Saturday was the first time the gathering happened in the post-Roe landscape. Thousands of pro-life marchers celebrated the Supreme Court decision.

Meanwhile, pro-abortion groups and activists have decried the decision and labeled it a massive step back in the fight for women’s rights.

‘Despite how unpopular and dangerous their agenda is, Republicans are racing against themselves to take away Americans’ freedoms – and they’re not slowing down,’ the Democratic National Party wrote in a statement on the 50th anniversary. 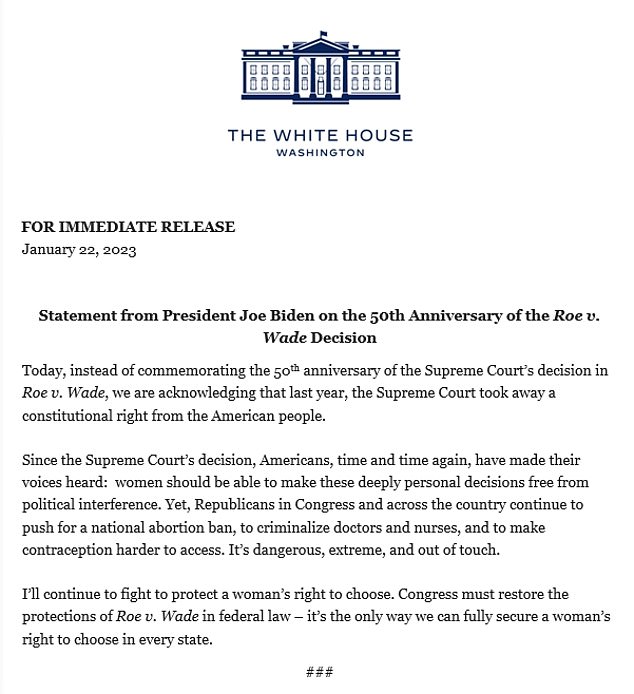 Biden released a statement Sunday morning bashing Republicans and the Supreme Court for the decision to overturn the landmark 1973 Roe v. Wade decision 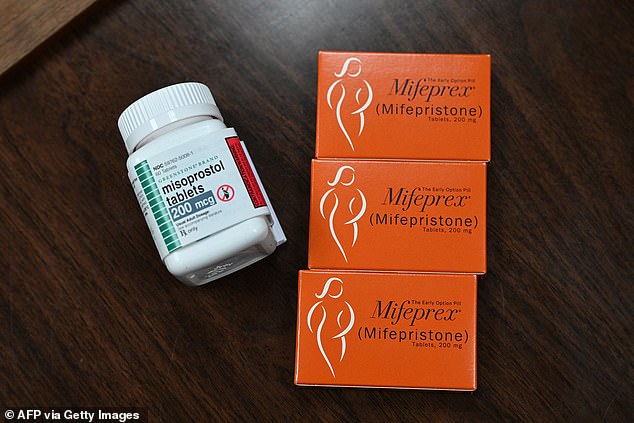 The president, in his statement Sunday morning, again called on Congress to codify abortion protections into law – a feat that is now even more unlikely with the GOP-majority House.

‘Since the Supreme Court’s decision, Americans, time and time again, have made their voices heard: women should be able to make these deeply personal decisions free from political interference,’ Biden said.

‘Yet, Republicans in Congress and across the country continue to push for a national abortion ban, to criminalize doctors and nurses, and to make contraception harder to access. It’s dangerous, extreme, and out of touch,’ he added. ‘I’ll continue to fight to protect a woman’s right to choose.’

‘Congress must restore the protections of Roe v. Wade in federal law – it’s the only way we can fully secure a woman’s right to choose in every state.’

One tactic Democrats are looking to employ now that states can restrict abortion rights seemingly unchecked, is by making sure all women have access to the abortion pill.

‘Since the day of the Supreme Court’s decision in Dobbs v. Jackson Women’s Health Organization, President Biden has emphasized the need to protect access to mifepristone, a drug used in medication abortion that has been approved by the Food and Drug Administration (FDA) for over 20 years and accounts for the majority of all abortions in the United States,’ a White House fact sheet noted.

The Presidential Memorandum announced that the Secretary of Health and Human Services (HHS) along with the Attorney General and the Secretary of Homeland Security (DHS) will consider new guidance to support patients and providers, as well as pharmacies looking to legally prescribe or provide access to mifepristone.

This protection would apply to all women ‘no matter where they live.’

The second part of the memo is meant to make sure that those seeking the abortion pill are able to access it ‘free from threats or violence.’

‘The President has long made clear that people should have access to reproductive care free from harassment, threats, or violence,’ the White House fact sheet notes. ‘Pharmacies should be treated no differently.’