Ben Wallace has warned Liz Truss he could withdraw his support for the embattled Prime Minister if she ditches her pledge to increase defence spending.

The Defence Secretary has issued what amounts to an ultimatum to the PM and her new Chancellor Jeremy Hunt over her promise to increase military spending to 3 per cent of GDP.

A defence source told the Daily Mail: ‘The Defence Secretary will hold the PM to the pledges made.

‘The Prime Minister made clear in her leadership campaign and since that she wants 2.5 per cent of GDP by 2026 and 3 per cent by 2030 to be spent on defence. We are working on that basis.

‘Current world events, and allies’ commitments show that defence is not a “discretionary” spend but a priority.’

The warning comes amid mounting speculation that Mr Wallace could emerge as a ‘unity candidate’ to replace Miss Truss as prime minister if she is forced out.

He has played down the prospect but allies were yesterday said to be sounding out Tory MPs about whether they would support him if the position becomes vacant. 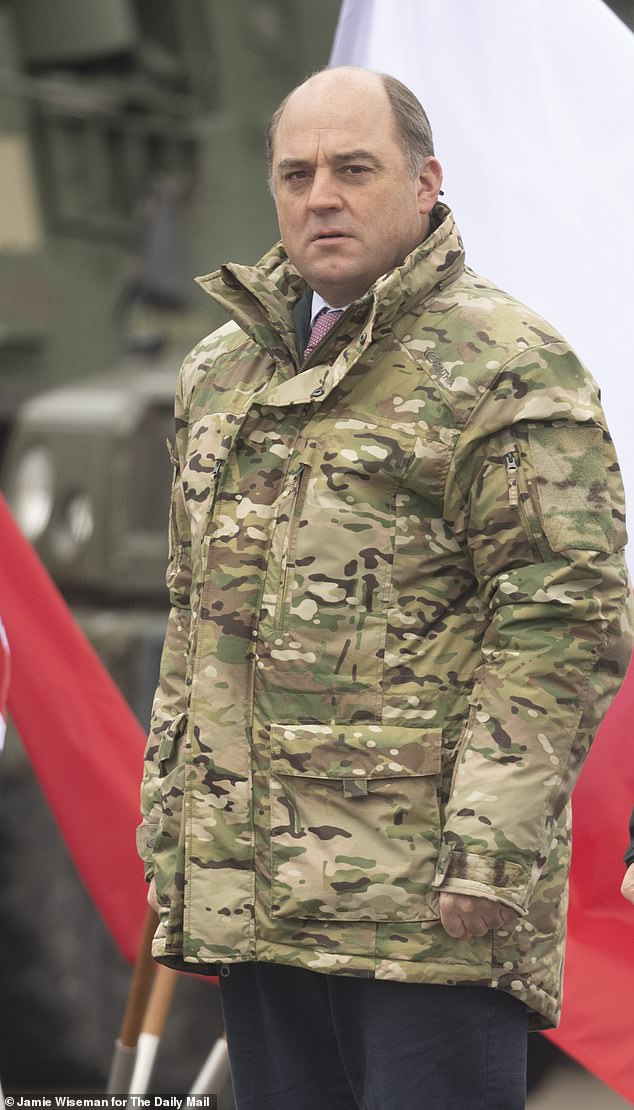 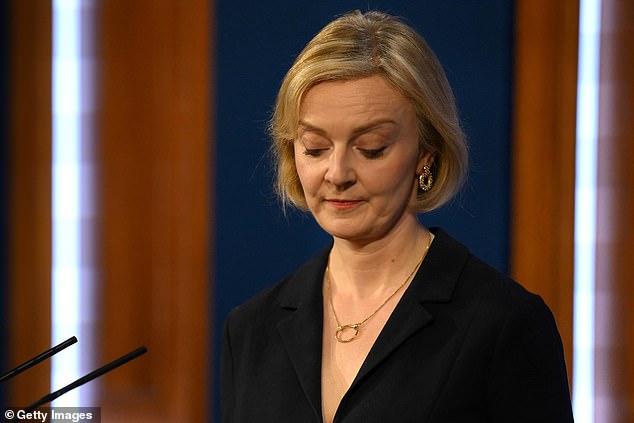 Javid ‘victim of four-letter No10 slur’

Mr Javid, who endorsed Liz Truss in the summer’s leadership contest after he was eliminated from the race, had been rumoured to have been the Prime Minister’s preferred choice to replace the Kwasi Kwarteng in No 11 after she sacked the Chancellor last week.

But days after Jeremy Hunt took the role, No 10 sources denied Mr Javid had ever been considered – and said Miss Truss regarded him as ‘s***’ during his time in Cabinet.

Yesterday furious senior Tories defended Mr Javid. Education Committee chairman Robert Halfon, who nominated Mr Javid for the leadership this summer, told Sky News: ‘The briefings that have come out using a four-letter word to describe Sajid Javid… I’ve known him since university, he’s a really good man, he was respected. If the Prime Minister wants to unite the party and get people around her, then these kind of negative briefings about colleagues have got to stop. All it does is bring disharmony to the party.’ 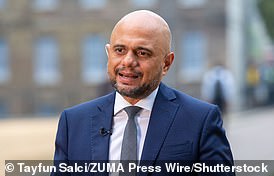 Ex-chief whip Mark Harper, who backed Rishi Sunak in the leadership contest, added: ‘Sajid Javid is a good colleague and, although we backed different candidates in the leadership election, I’m proud to call him a fellow Conservative.

‘No 10 briefing nasty insults about their own colleagues is not helpful to the Conservative Party when we need to work together.’

Yesterday Miss Truss said the decision to sack Mr Kwarteng, who is a close friend of hers, had been a ‘wrench’.

A Tory MP said supporters were ‘texting round asking if people would back a government led by Ben’.

Mr Wallace is understood to have held talks with the new Chancellor yesterday on the future of the defence spending pledge, without reaching a resolution.

Mr Hunt has also backed an increase in defence spending in the past but is now scrabbling to fill a black hole in the public finances of up to £72billion by the end of this month.

The commitment to increase defence spending from 2.2 per cent of GDP to 3 per cent by the end of the decade was a central plank of Miss Truss’s leadership campaign and one of the key factors that persuaded Mr Wallace to back her.

The PM repeated the pledge in her party conference speech on October 5, saying the increased spending was needed to ‘ensure our Armed Forces are ready to tackle new and emerging threats’. But analysts have warned it could cost as much as £157billion by the end of the decade.

In a round of media interviews over the weekend, Mr Hunt suggested the target will be watered down as part of the need to curb public spending.

He acknowledged that defence spending needed to rise, but refused to commit to any target date.

‘The long-term ability to fund an increase in defence spending will depend on stability in the economic situation and a healthily growing economy.’

Mr Hunt yesterday told the BBC that ‘we are going to have to ask all government departments to find more efficiencies than they planned’.

Asked directly about the defence spending pledge yesterday, the Financial Secretary to the Treasury Andrew Griffith told Sky News that ‘everything is in scope’ for spending cuts. He added: ‘There are no commitments I’m afraid that I can make… because we’re going into a process.’

Mr Wallace, who is popular with Tory activists, was the early favourite to succeed Boris Johnson when he stepped down in July.

But he quickly ruled himself out after consulting with his family. He said it was ‘not an easy choice’ but that he wanted to focus on the defence issues facing the country as war in Ukraine rages.

A senior defence source yesterday denied Mr Wallace was on manoeuvres for the leadership, adding: ‘The Defence Secretary is focused on our support for Ukraine and the security of Britain and our allies.

‘Our future as a Government and as a Conservative Party lies in demonstrating and providing stability. Anything other than that will lead to a deserved spell in opposition.’

After deciding to sit out the contest in July, Mr Wallace then remained on the sidelines for the initial part of the leadership race before endorsing Miss Truss.

Speaking at the time, he cited her commitment to increasing defence spending, adding: ‘Given the threats we face, gaps in our defences, and our global ambitions I believe that Liz’s commitment to spending 3 per cent of GDP by 2030 is correct.

‘It is still below our Cold War levels, but the extra investment will maintain our leadership in Nato, reinforce our national resilience, and invest in the scientific research and supply chains that give us the strategic advantage we so desperately need.’

Mr Wallace is a popular figure in government and is regularly cited by Conservative activists as one of the best-performing ministers. 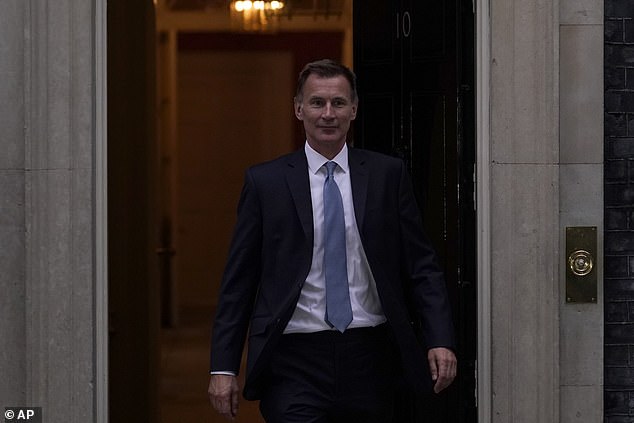 Mr Wallace is understood to have held talks with the new Chancellor Jeremy Hunt (pictured) yesterday on the future of the defence spending pledge, without reaching a resolution

His profile has risen sharply since Russia’s invasion of Ukraine, which has forced defence issues up the political agenda. In the most recent survey of Tory activists by the grassroots website Conservative Home, Mr Wallace topped the poll with a net approval rating of 85.8, far ahead of Liz Truss on 35.6 and rivals like Penny Mordaunt on 55.2.

Critics question whether his success on Ukraine has blinded supporters to his relative lack of experience in other parts of government.

One source in a rival camp said: ‘What does he think about the economy, or housing, or transport or health? No one has any idea.’

A source close to Mr Wallace said last night that MPs pushing for him to take over were not authorised by him to do so.