That’s a tight squeeze! Moment a bear wriggles through a tiny garage window in search of food in Tahoe

This is the moment a big bear managed to squeeze through the tiny garage window of a vacation home in South Lake Tahoe.

Footage filmed by neighbour Brooke King shows the bear clinging to the opening at the top of a garage in the California resort city, on April 18.

The brazen bear clambers up into the opening, scrabbling with its back paws to climb up higher. 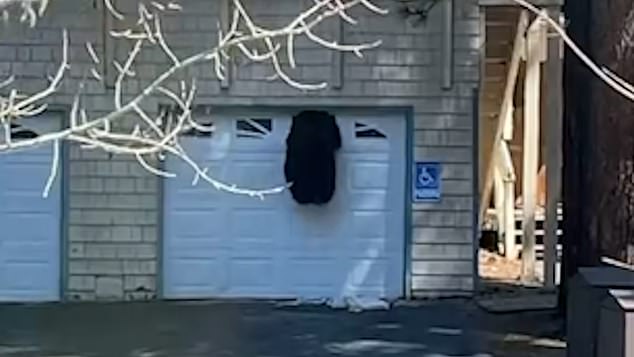 Footage filmed by onlooker Brooke King shows the enormous bear clinging to an opening at the top of a garage in South Lake Tahoe, California, on April 18 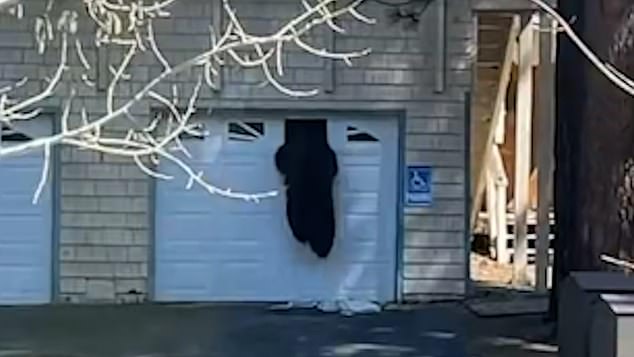 Ms King can be heard saying, ‘Just in case anyone was wondering,’ while she films the furry intruder.

Eventually the hefty bear manages to get into the garage and drops down out of sight on the other side of the closed door.

Ms King said: ‘As a Lake Tahoe local, these are some of the things we get to see pretty often. The house is a vacation rental across the street.

‘Imagine pulling up to the house you rented for the weekend and there being a bear in the garage.

‘We see bears almost year round wandering the streets or in the woods but rarely do we get to witness something like this.’

She added that non-emergency police were called and they shot the bear with a non-harmful potato gun in a bid to stop it breaking into other homes. 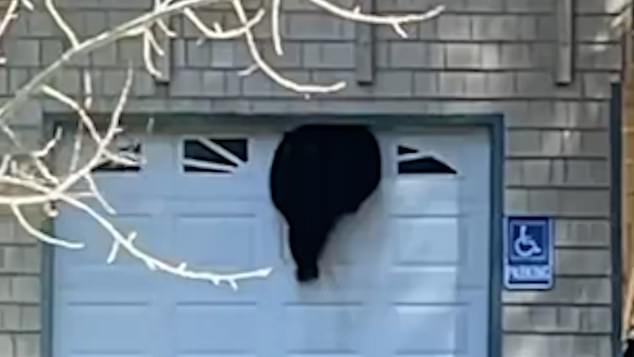 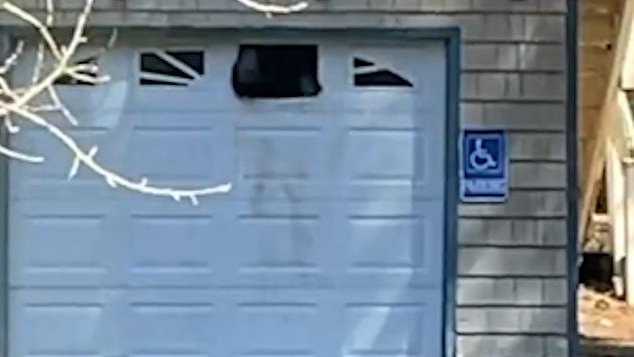 Ms King said: ‘As a Lake Tahoe local, these are some of the things we get to see pretty often’

The Lake Tahoe area is no stranger to encounters with black bears. They are responsible for more than 150 incident reports in the region, which straddles Northern California and Nevada, including a break-in at a home in the Tahoe Keys neighborhood in February.

And DNA evidence has found that a notorious 500lb black bear, who had been nicknamed Hank the Tank, is in fact at least three hefty bears who have damaged more than 30 properties around Lake Tahoe in recent months.

One of the Hanks smashed a window and squeezed into the house on Catalina Drive while the residents were at home, CBS Sacramento reported. 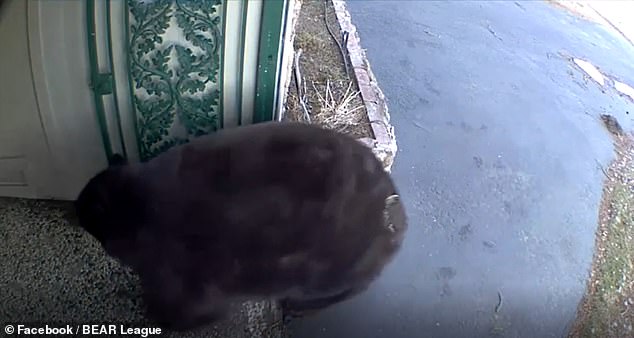 Police responded and banged on the outside of the house until Hank exited out the back door and disappeared into the woods.

Also known as Jake or Yogi or simply Big Guy, the then-solo bear was what one wildlife official described as a ‘severely food habituated bear’ that has ‘lost all fear of people’ and thinks of them as a food source.