Council bosses are clamping down on beach hut owners who have refurbished their sheds by tacking on verandahs and patios.

A growing number of the classic huts that line the beachfronts at Frinton-on-Sea, Essex – and other resorts like Clacton and Walton – have been ‘customised’ without permission and extended.

Ownership of the eleven foot by seven foot huts at Frinton-on-Sea, Essex – which change hands for up to £80,000 – depends on a licence from Tendring District Council. 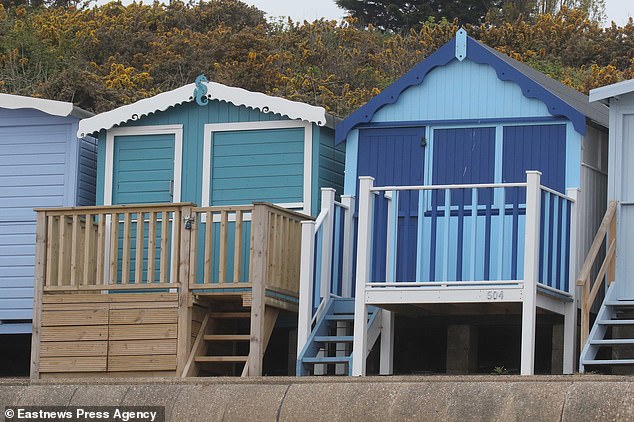 Beach hut owners in Frinton-on-Sea, Essex, are under fire for ‘customising’ their luxury wooden sheds with verandahs and wooden patios 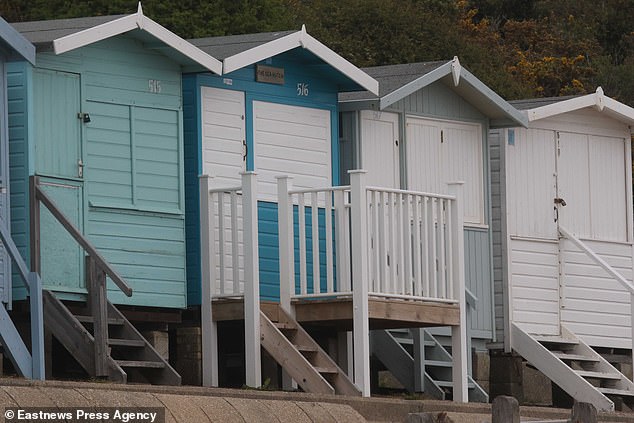 But officials are now warning owners of the 3,000 huts in Frinton and neighbouring resorts that they will lose their licence if they break the strict rules by adding balconies, gardens or decking.

In a warning letter to local estate agents, the council’s ‘Beach Hut Team’ stated: ‘As you are aware beach hut licences are issued by the council as the land owner.

‘When a beach hut is sold, the licence is terminated and a new one only allows a beach hut which conforms to the approved specification to be placed on council land. 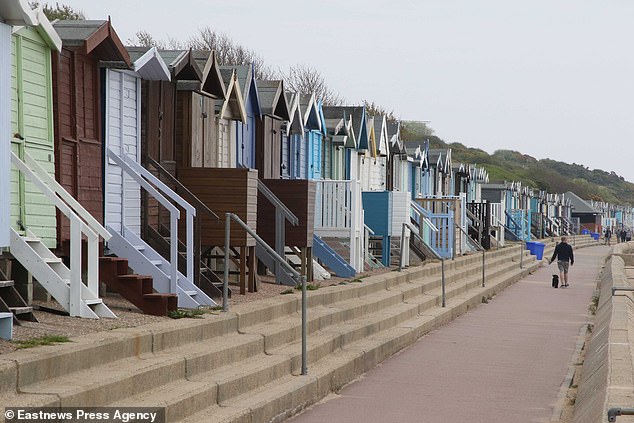 In recent years, owners have been allowed to use colours other than the traditional brown, green and white for their huts 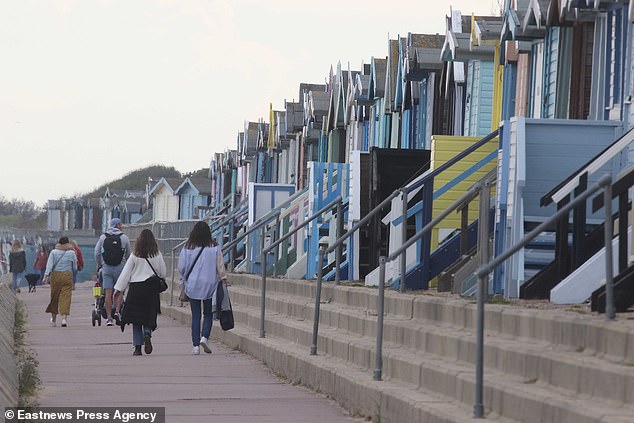 But the huts are regularly advertised on websites and in local estate agents windows with the average rental of around £150 a week in the summer, against council rules

What are the rules for Frinton’s beach huts?

What colours can you paint your hut?

What building specifications are there to the beach huts?

You can’t add anything outside of the footprint of your hut without planning permission, except for basic straight steps as per the licence conditions.

Can you drive down to my beach hut to unload or collect items?

If gates are locked out of season, hut owners should call Tendring District Council for access.

‘It has become apparent that a number of huts breach current specifications – patios, balconies and decking have been added and the site licence does not cover these adaptations.’

And in order to enforce the rules, estate agents who sell the huts have been told to get ‘photographic evidence’ of all sides on the huts.

The change in policy follows reports that some owners have been advertising their huts for rent – a practice not permitted by the council.

But the huts are regularly advertised on websites and in local estate agents windows with the average rental of around £150 a week in the summer.

Until recently a company has been offering ten huts in neighbouring Walton, running them as a profitable summer business.

It is only in recent years that owners have been permitted to use colours other than traditional brown, green or white.

Those owners who live in the council’s district currently pay around £300 a year for a licence but those who come from outside the area have to pay double.

Frinton still prides itself on its reputation for Edwardian splendour and is governed by a set of by-laws dubbed the Ten Commandments’.

These commandments include a ban on coaches, ball games on the greensward – and at one stage topless bathing.

It is only in the last 20 years that the town has got its first pub and fish and chip shop.