She’s scared for the welfare of her patients, fearful for the profession she loves and worried about what happens next.

For the past five years, the obstetrician and gynaecologist has provided much-needed healthcare for women in Franklin, Tennessee, a historic civil war town about 30 kilometres from the honky-tonk bars of downtown Nashville. 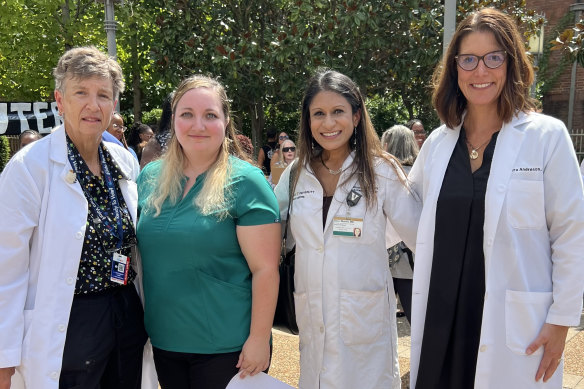 Dr Laura Andreson (far right) with other physicians and nurses who have spoken out about Tennessee’s new abortion restrictions. Credit:Farrah Tomazin

But as the clock passed midnight on Thursday, America’s medical and legal landscape shifted once more, making it a crime for doctors here to help women terminate a pregnancy, with virtually no exceptions.

Two months after the US Supreme Court wound back Americans’ federal right to have an abortion, about 30 million women aged 15 to 49 are living in 16 states with extremely limited or no access to services, according to figures provided to The Age and Sydney Morning Herald by the Guttmacher Institute, which tracks reproductive health policy in America.

But a slew of strict new trigger laws taking effect on Thursday (US time) will restrict women even more, either outlawing abortions entirely – even in case of rape or incest – or increasing penalties for those who assist in the procedure. 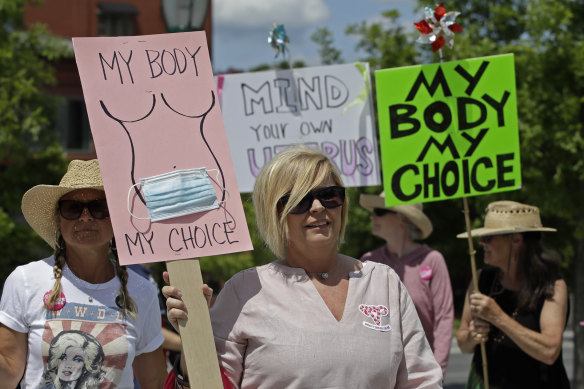 Abortion-rights demonstrators carry signs during a march in Chattanooga, Tennessee in May.Credit:AP

Now, Tennessee physicians could face up to 15 years’ prison or a $US10,000 ($14,300) fine for assisting with abortions – the kind of punishment that many fear could lead to more women being denied the care they desperately need.

“Every day since I learned about this trigger ban, I’ve worried about being a felon,” says Andreson.

“Only until you’ve sat in the silence that occurs after delivering a terrible diagnosis to a parent, or informing a woman haemorrhaging that the only way to save their life is to end her pregnancy, do you have a right to weigh in on this subject.

“But as a result of this trigger ban women may be injured, they may lose their reproductive ability, and some may die.”

The Tennessee laws are the latest example of the swift and severe impact of the Supreme Court’s June 24 decision to overturn Roe v Wade, the 1973 landmark ruling that granted women in America a constitutional right to have an abortion. 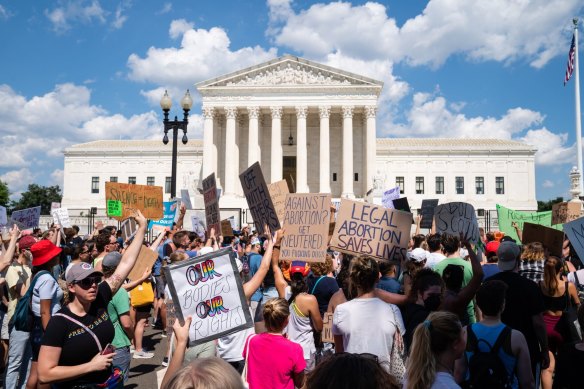 Abortion rights demonstrators chant outside the US Supreme Court in Washington DC on June 25.Credit:Bloomberg

In the first month after the decision, 43 abortion clinics stopped offering abortion care, according to the Guttmacher’s figures, forcing many women to travel to other states where abortion remains legal. Others simply don’t have the means to do so, resulting in unwanted pregnancies or unsafe procedures.

Abortion pill providers also became so inundated with requests that they expanded their teams and set up mobile clinics on state borders to reduce the travel burden for patients.

And the fight over women’s reproductive health shifted to courthouses across the country, as anti-abortion forces sought to enact statewide bans, while pro-choice advocates sought to buy more time.

The latest legal battle lines were drawn this week in Texas and Idaho: two more Republican-led states where strict trigger bans were also implemented on Thursday, bringing the number of jurisdictions where abortion is completely illegal to 11.

North Dakota was set to join them on Friday, until a judge issued an injunction as he weighs up a challenge from the state’s only abortion clinic, which argued that the law violates the state constitution.

And in Idaho on Wednesday, the Biden administration also had a small but important win, when it was able to convince a court to block one portion of Idaho’s restrictions, which aimed to criminalise performing an abortion on a woman to protect her health, although the overall ban remains in place.

“Today’s decision … ensures that women in the State of Idaho can obtain the emergency medical treatment to which they are entitled under federal law,” Attorney-General Merrick Garland said in a statement. “This includes abortion when that is the necessary treatment.” 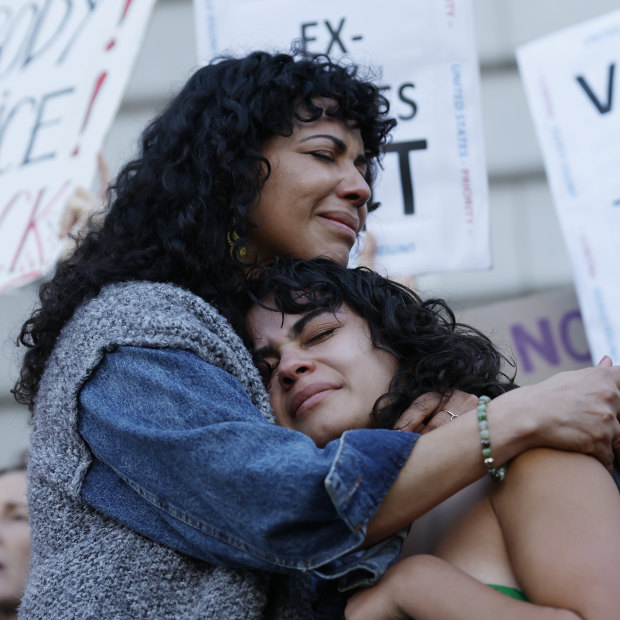 Women in Tennessee, on the other hand, haven’t been so lucky.

After Roe was repealed, the southern state – well known for its country music scene and bustling nightlife – triggered a ban on abortion after six weeks of pregnancy. The latest trigger laws go much further, however, outlawing abortion from the time of fertilisation, and opening up a legal grey area for many doctors.

Known as the Human Life Protection Act, the bill does not contain an explicit exception to conduct an abortion to help save the life of a pregnant person.

Otherwise, the doctor could be charged with a “class C” felony, the same category used for people convicted of robbery, aggravated burglary, and aggravated assault.

Tennessee Right to Life president Stacey Dunn welcomed the shift, describing today as “another historic day” for her state.

“It is a day innocent lives will be protected,” she said. “Tennesseans should be proud of what our state has accomplished for our most vulnerable citizens.”

However, Amy Gordon Bono, an internal medicine physician from Nashville, said the ambiguity of the “extreme” laws could result in unintended consequences, such as fewer healthcare workers entering or staying to provide primary care for fear of being convicted of a crime.

Indeed, at least one Republican state politician, Rusty Crowe, who supports the law, has since admitted that it may require some “fine-tuning”.

“I think that we all know what the intent Tennessee has with that bill, but let’s make sure we do it in a way that we don’t get some of our docs in trouble,” he told a recent committee hearing.

The question is what happens next.

With less than three months until the midterm elections, President Joe Biden has used his presidential powers to try to mitigate the devastating consequences of the court’s decision, signing a raft of executive orders that instruct his departments to ensure women’s access to care, where possible.

Democrats have also been buoyed by the conservative state of Kansas, where voters earlier this month blocked a plan that would have allowed future limits or bans on the right of women to terminate a pregnancy.

But much of Biden’s response is still centred on urging Congress to codify abortion rights – but that requires voters to turn out in force for the midterms in November to elect more pro-choice politicians.

And at the heart of this issue are the patients – and just like doctors in Tennessee, many of them are now terrified.

“I had this question come up yesterday from a woman considering having a child,” says Andreson. “She’s very fearful that if she presents with a complication of pregnancy, that I would question whether or not I would provide care to her.

“In any case, I will care for the patient: that is my responsibility; that is my oath; and there’s no way I’m would watch a woman die. But it presents me to a felony, which could effectively end my career – and end my ability to care for other patients.”