Melburnians have become used to images of empty CBD streets in the past year. But on Saturday, the city was springing to life as Bourke Street bustled with shoppers.

Meanwhile, up in Sydney, a city which appeared to believe it would never have to shut down like Melbourne, the entire metropolitan area is poised to grind to a halt due to a growing COVID-19 outbreak.

Victorians have copped plenty from interstate over our handling of the pandemic, an experience that is reflected in the different views on what is unfolding in NSW. 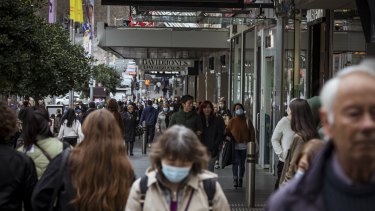 Sympathy because we know what it’s like. Anger that cases might fly or drive across our border. Perhaps even a hint of schadenfreude that the “best contact tracers in the world” weren’t enough.

A sense of frustration, too, around the question of why NSW premier Gladys Berejiklian didn’t lock down sooner.

It was just over 12 month ago on a Saturday afternoon when Victorian premier Daniel Andrews announced that he was reintroducing restrictions on family gatherings to slow a new COVID-19 outbreak.

There were 25 new infections in Victoria on June 20, 2020 and a total of 110 active cases, as Mr Andrews feared that virus transmission was “getting away from us”. Chief Health Officer Brett Sutton warned Victoria was at a crossroads.

If you had access to the DeLorean time machine from Back to the Future, this is one of the moments that you would revisit (if travel to Wuhan wasn’t available). 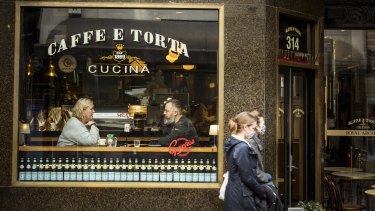 Looking back, it was an obvious fork in the road for a full lockdown. Because everything else was too late. The second wave exploded, trapping Melburnians in their homes for 111 days as the surge eventually petered out after more than 18,000 infections.

The lockdown was not popular – smashing mental health and many businesses – but it worked.

Many of us now nervously watch what is unfolding north of the border. Even the double press conference held by NSW authorities felt eerily familiar, reflecting how quickly the situation was changing.

But there was a lesson to be learned from Victoria’s woes: the earlier you lock down, the sooner you come out. 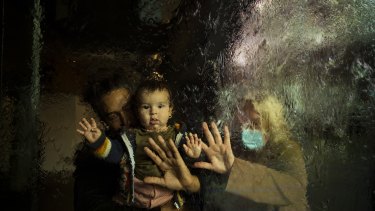 Families at the reopened NGV on Saturday.Credit:Chris Hopkins

It may not seem like it now, but Melbourne did not enter its second lockdown quickly.

Like his NSW counterpart, Premier Andrews had already tried tightening restrictions on gatherings and a localised lockdown of postcodes, leaving the rest of the city open.

It wasn’t until July 7, after Victoria recorded 191 new cases, that stay-at-home orders were introduced. The number of active cases was 772.

Masks in public areas did not come into force until two weeks later on July 22.

On August 2, a curfew from 8pm to 5am was introduced, as well as restrictions on movement beyond five kilometres, as Victoria reported 671 cases in a single day. 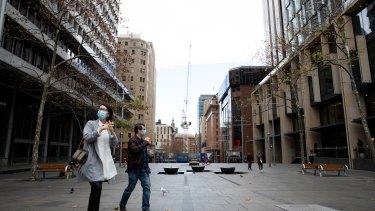 Martin Place in the Sydney CBD was empty on Thursday.Credit:Janie Barrett

In comparison, NSW has moved fairly briskly, getting through many of those stages in just over a week. But the lingering doubt of whether they could have gone faster remains, particularly with the more infectious Delta variant circulating.

And there is still a clear discomfort up there at choosing the city-wide lockdown option after avoiding it for so long.

Victorians would find it jarring that people in NSW will be allowed to attend weddings this weekend because it was deemed unfair to cancel them. Ms Berejiklian said on Saturday that she trusted her people to do the right thing.

When Melbourne entered its second lockdown, there was no warning it would last well beyond the initial six weeks. Eventually it was lifted after 15.

We’ll find out soon enough if Sydney waited too long.