BARACK Obama's step-grandmother, Sarah Obama, has died at a hospital in Kenya at the age of 99.

Affectionately known as Mama Sarah, Mrs Obama famously defended her grandson during his 2008 presidential run after he was accused of being Muslim and Kenyan-born. 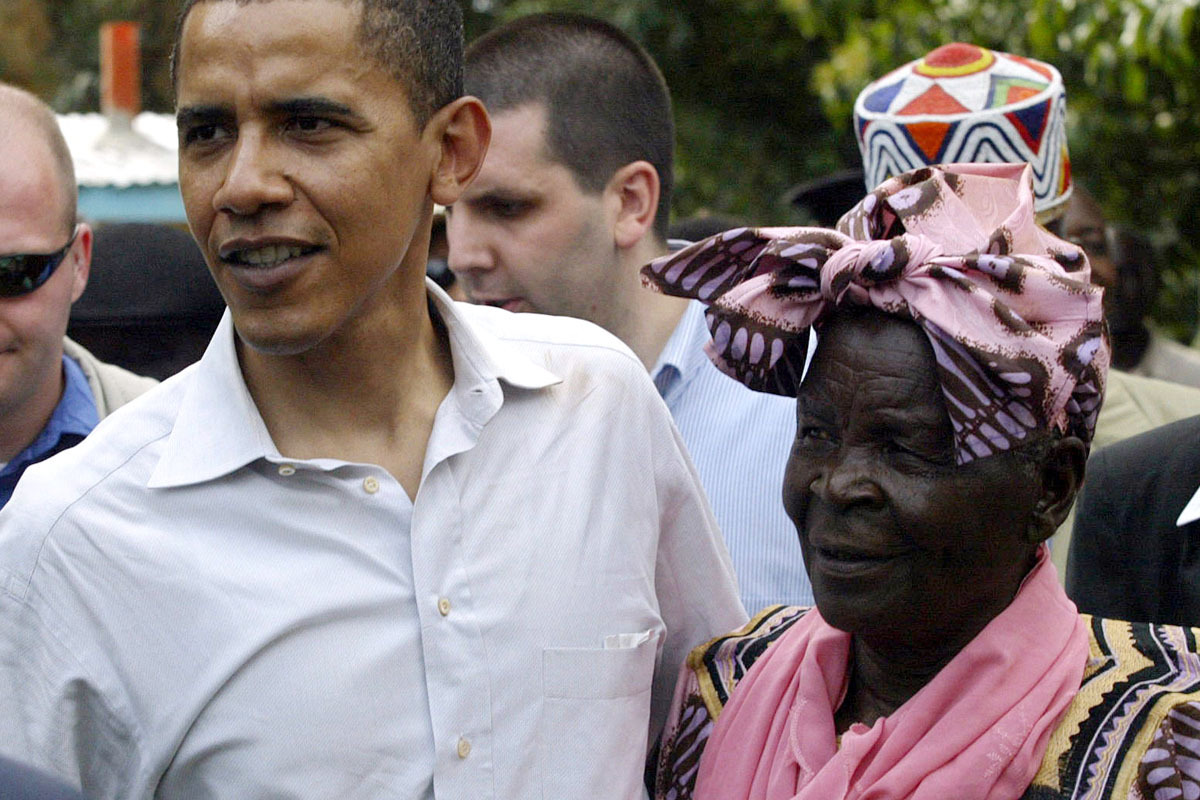 The third and youngest wife of Barack Obama's grandfather, Sarah Obama passed away early Monday at a hospital in the city of Kisumu in Western Kenya.

Her daughter, Marsat Onyango, told local media she'd been unwell for the last week but didn't have COVID-19.

"She died this morning. We are devastated," Onyango told AP.

President Barack Obama had been informed of the death and has sent his condolences, Onyango said. The 45th US President has not yet spoken publicly on the matter.

Mama Sarah shot to national fame in Kenya upon her grandson's election as president in 2008, with her home in the village of Kogelo becoming a popular tourist attraction.

She used her fame to promote education and philanthropy, even setting up the Mama Sarah Obama Foundation to provide orphans with food and schooling.

In a statement published to Twitter, Kenyan President Uhuru Kenyatta said Mama Sarah's passing is "a big blow for our nation."

"We've lost a strong, virtuous woman. A matriarch who held together the Obama family and was an icon of family values," Kenyatta continued.

She is set to be buried later Monday, family said.