Ministers were warned yesterday they face a watered-down Brexit if the Prime Minister’s deal is blocked in the Commons.

Chief Whip Julian Smith told the Cabinet that MPs will take the opportunity to seize control and push the UK into a permanent customs union.

Theresa May has repeatedly warned that such an arrangement would prevent Britain from striking trade deals around the world. But Mr Smith said the PM could be forced against her will into a softer Brexit if Tory rebels fail to get behind her Withdrawal Agreement next week.

According to a Cabinet source, he warned ministers: ‘If the vote does not go through next week that means delay and a customs union. Parliament will try to force the Government into a customs union by taking control of the order paper and having indicative votes. So the choice is the Prime Minister’s deal or a customs union.’

MPs have been promised a second ‘meaningful vote’ on the Brexit deal on Tuesday or earlier. 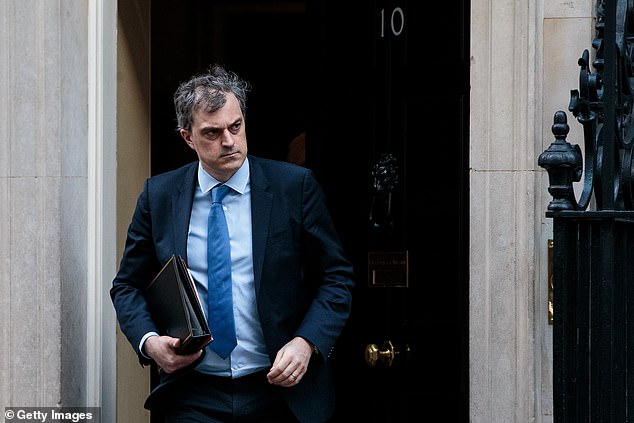 If Mrs May’s deal is not passed, there will be a vote on leaving the EU without a deal on Wednesday, with a further ballot on whether to delay Brexit beyond the scheduled date of March 29 the following day. A senior minister yesterday warned that even if the Withdrawal Agreement is passed next week, a delay to Brexit is now ‘inevitable’ because there will not be enough time to pass all the legislation required.

The politician warned the EU could potentially demand the £39billion divorce bill is paid upfront as a condition for agreeing an extension. The minister added: ‘It’s inevitable there would have to be a technical extension of a couple of months. A month probably wouldn’t be enough to get the legislation through. That is accepted in government, there is no way around it.’

Such an extension, which would need to be agreed by all 27 remaining member states, could involve EU countries ‘attaching conditions’ on issues such as the status of Gibraltar, or demanding a lump sum of cash in return.

The Cabinet source added: ‘They could ask for the whole £39billion upfront for the transition period. Imagine how that would go down in the Tory Party. If the ERG [the European Research Group of Eurosceptic MPs] don’t vote for this deal, they risk it all slipping away.’ 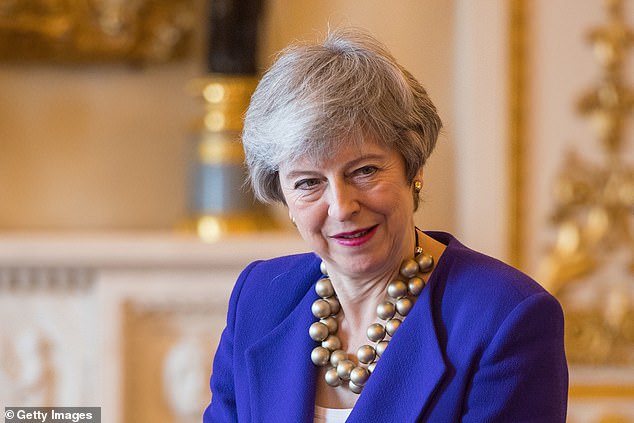 Brexit Secretary Steve Barclay and attorney-general Geoffrey Cox held talks in Brussels yesterday in a renewed effort to secure changes to the Northern Ireland backstop ahead of next week’s vote. Several Tory Eurosceptics who helped deliver a crushing defeat to Mrs May’s deal in January have signalled they will support it. But the DUP’s Brexit spokesman, Sammy Wilson, yesterday claimed it was ‘wishful thinking’ that it would pass second time round.

He told TalkRadio he believed it was ‘very unlikely’ that Mr Barclay and Mr Cox ‘will come back with anything that will satisfy Parliament’. Whitehall sources yesterday said changes to the deal may not be agreed with Brussels until next Monday, the eve of the expected vote.

Meanwhile, Foreign Secretary Jeremy Hunt suggested Mrs May is considering granting Tory MPs a free vote on a No Deal Brexit next week in an apparent bid to avert mass ministerial resignations.

He told BBC Radio 4’s Today programme Mrs May was weighing up the move, even though it could lead to criticism that she is too weak to impose a collective policy on such a crucial issue.