MOSCOW (Reuters) – A baby boy has been found alive after 35 hours spent in freezing cold in the rubble of a Russian apartment block that partially collapsed in an explosion, emergency officials reported, calling it a miracle.

The blast, thought to have been caused by a gas leak, damaged 48 apartments in a 10-storey building in the industrial city of Magnitogorsk on Monday, killing at least seven people with 36 people still missing.

Video footage from the local emergency ministry showed a rescuer worker removing the baby dressed in pink socks and putting a blanket around it before he starts running toward an ambulance.

The current temperature in the city of Magnitogorsk, home to one of Russia’s largest steel plants in the Urals some 1,700 km (1,050 miles) east of Moscow, is -17 Celsius (1.4 Fahrenheit).

The fact that the 11-month-old infant, currently diagnosed with a serious freezer burn and a closed-head injury, was lying in his bed and was wrapped up in layers saved his life, TASS news agency reported, citing a regional emergency center.

The baby was found when a rescuer heard him crying and “a large-scale operation was immediately organized,” Interfax news agency reported, citing emergency officials. His removal was difficult because of unstable debris which posed risks for rescuers.

“Hundreds of people were waiting for the appearance of the injured child from under the rubble like a miracle. And the miracle happened…,” the officials were quoted as saying by Interfax. “Tears drew in the eyes of the weatherbeaten rescuers.” 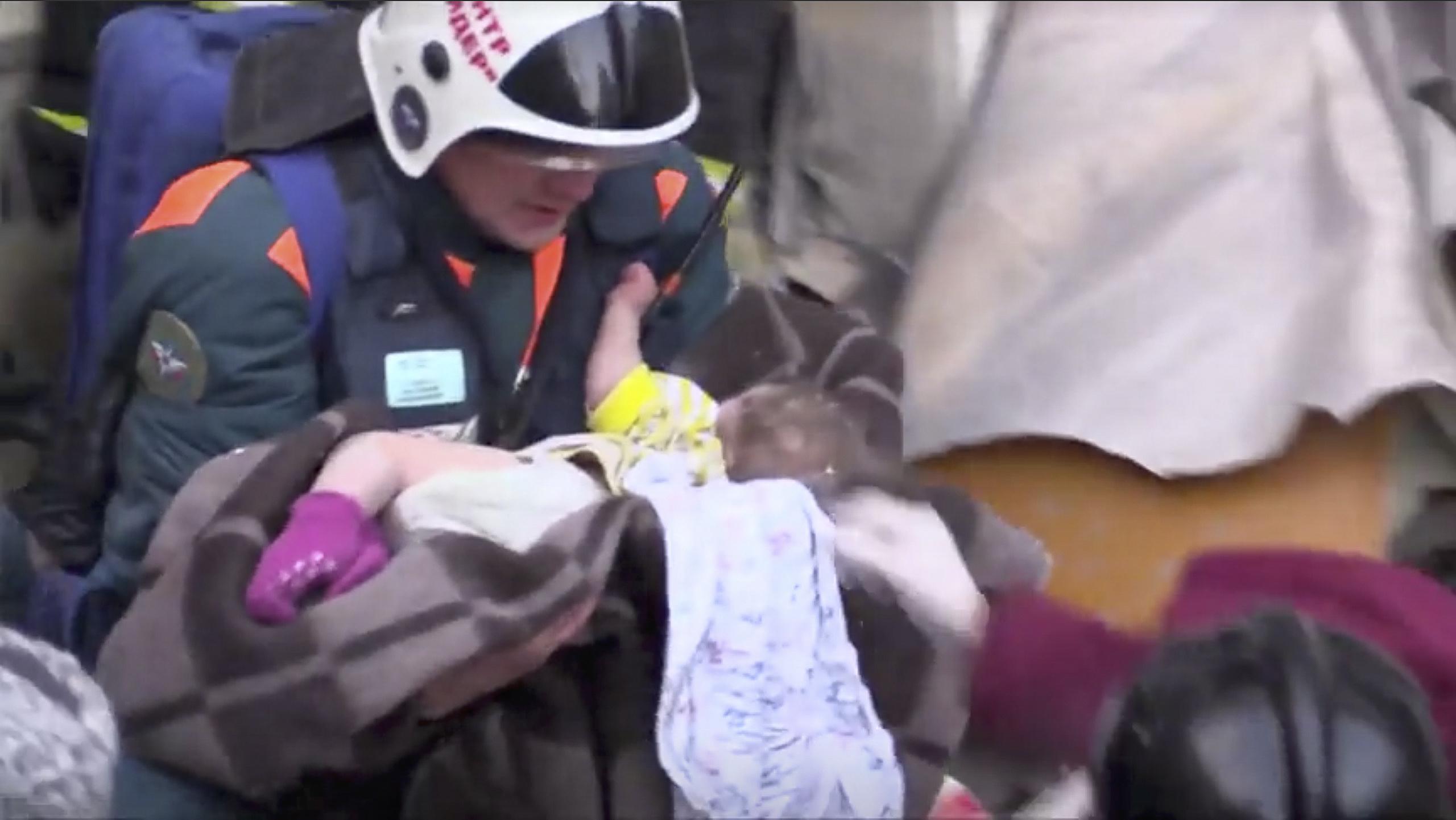 The boy’s mother is alive and has already arrived to the hospital, Interfax added.

The blast tore through the building in the city of Magnitogorsk, home of one of Russia’s largest steel plants, early on Monday morning, a public holiday in Russia, when many residents were asleep. Health Minister Veronika Skvortsova said on Monday that the chances of finding survivors were fading.

There have been several similar incidents in the country in recent years due to aging infrastructure and poor safety regulations about gas usage.