Azerbaijani forces have taken control of the strategically key city of Shushi in Nagorno-Karabakh where fighting with Armenia has raged for more than a month, the country’s president said Sunday.

In a televised address to the nation, President Ilham Aliyev said ‘Shusha is ours – Karabakh is ours,’ using the Azerbaijani version of the city’s name.

However, Armenian Defense Ministry spokesman Artsrun Ovannisian said late Sunday that fighting in and around Shushi was continuing.

‘Neither side fully owns the initiative,’ he said. 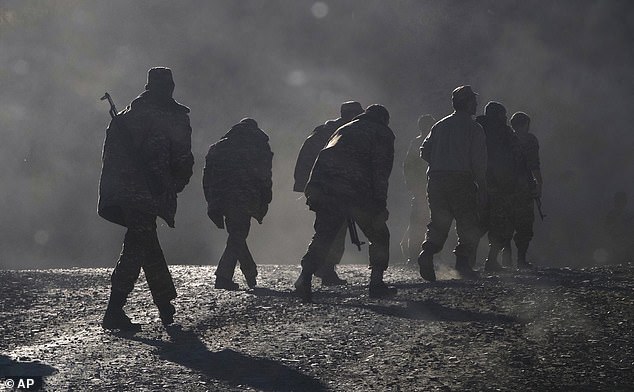 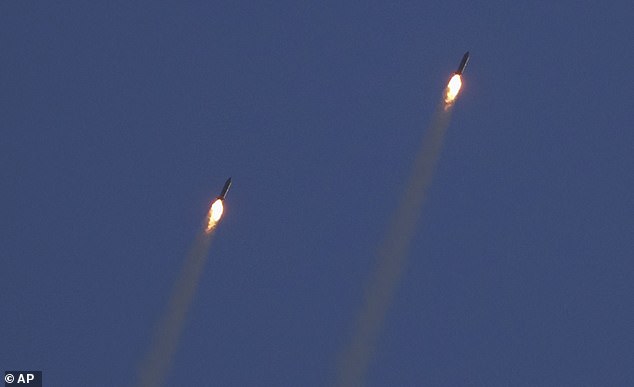 Nagorno-Karabakh’s emergencies committee also reported strong fighting in other parts of the region, including the large eastern town of Martuni.

Shushi is of significant military value because it sits on heights about six miles south of the region’s capital of Stepanakert and lies along the main road connecting Nagorno-Karabakh with Armenia.

Along with its strategic value, Shushi is culturally significant as a onetime center of Azerbaijani culture, noted for music and poets.

Aliyev’s claim that the city had been taken set off widespread celebrations in the capital, Baku.

Nagorno-Karabakh is within Azerbaijan, but has been under the control of local ethnic Armenian forces backed by Armenia since 1994. The latest outbreak of fighting started on Sept. 27 and has left hundreds – if not thousands – dead.

Aliyev vowed to continue the fighting until Armenia withdraws from the territory. 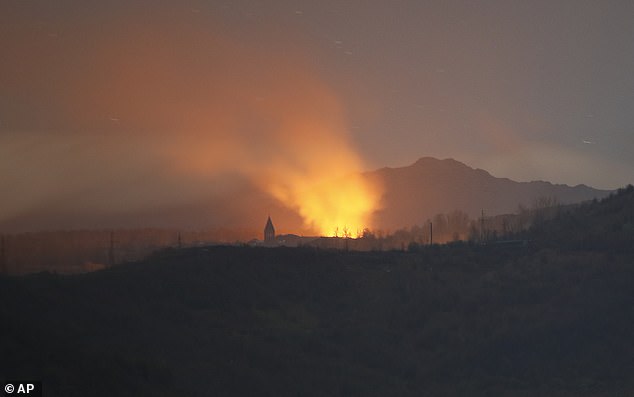 Bursts of explosions, smoke and flame are seen during fighting between Armenian and Azerbaijan’s forces near the Holy Savior Cathedral in Shushi

‘The joy of our Azerbaijani brothers who liberated their occupied cities and Karabakh step by step is also our joy,’ Turkish President Recep Tayyip Erdogan said at a rally in the northwestern city of Kocaeli.