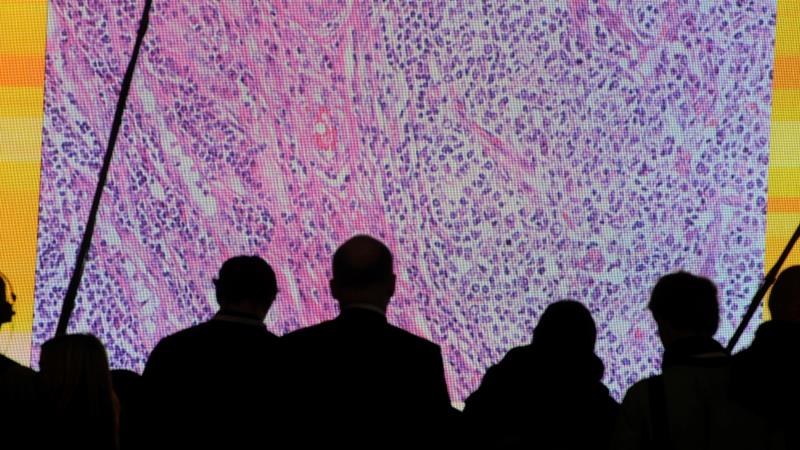 Researchers at the University of Queensland in Australia have developed a new test that can detect the presence of cancer cells in the body.

The 10-minute test, announced in a study published by Nature on Tuesday, can determine whether a tumour is present in the human body by identifying a unique DNA nanostructure that is common to all types of cancer.

It is designed to detect cancer from blood or biopsy tissue by analysing methyl group changes at the genomic level.

Methyl groups, which are tiny molecules of DNA, were found to be significantly altered in cancer patients.

Researchers noted that the methyl groups are spread out across the genome in healthy cells, but were present only in particular places in the genome of individuals with cancer.

Matt Trau, a professor at the University of Queensland, said: “Discovering that cancerous DNA molecules formed entirely different 3D nanostructures from normal circulating DNA was a breakthrough that has enabled an entirely new approach to detect cancer non-invasively in any tissue type including blood.

“This led to the creation of inexpensive and portable detection devices that could eventually be used as a diagnostic tool, possibly with a mobile phone.”

The new diagnostic test demonstrated an accuracy of up to 90 percent when tested on 200 human cancer samples and normal DNA, according to the researchers.

“We certainly don’t know yet whether it’s the Holy Grail for all cancer diagnostics, but it looks really interesting as an incredibly simple universal marker of cancer and as an accessible and inexpensive technology that doesn’t require complicated lab-based equipment like DNA sequencing,” Trau added.

The technology, however, requires further development as it can currently only determine the presence of cancer, but not the disease type or stage.

Earlier this year, scientists at John Hopkins University in Baltimore analysed more than 1,000 cancer patients who had shown symptoms of cancer, to see whether a similar test, called CancerSEEK, would accurately confirm the diagnosis.

Researchers had discovered that for certain tumours, CancerSEEK was up to 98 percent accurate.