London: The head of the international Red Cross has appealed to Australia to change its mind and come to Marrakech next week to sign a new global compact on migration that was designed to protect migrants from abuse and trafficking.

The plea comes as a new report, compiled by the Red Cross, finds the number of children on the world’s migration trails, including many travelling alone, has risen five-fold in the past decade. Many of them are psychologically scarred and at grave risk of violence and exploitation. 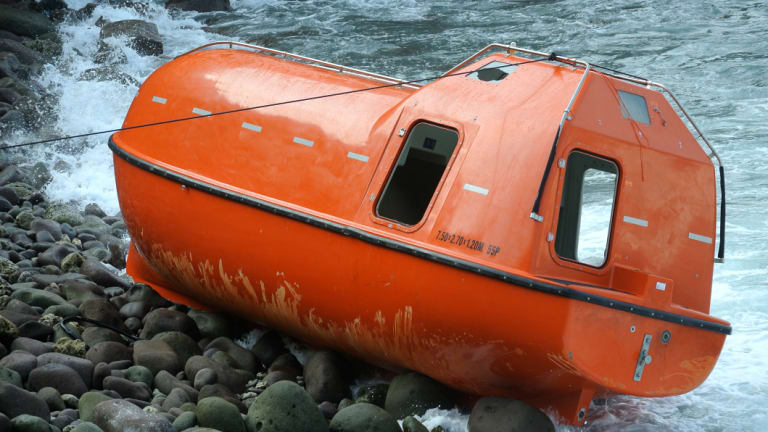 The orange lifeboats that Australia briefly used in 2015 to return asylum seekers to Indonesia.Credit:Michael Bachelard

“We expect more from a country that is based on migration,” International Federation of the Red Cross president Francesco Rocca said of Australia, speaking exclusively to The Age and Herald.

The Morrison government has said it will not sign up to the United Nations’ Global Compact on migration.

Australia had “already achieved” its goal of promoting safe, orderly and regular migration, they said.

“The Compact fails to adequately distinguish between people who enter Australia illegally and those who come to Australia the right way, particularly with respect to the provision of welfare and other benefits,” the ministers said.

But Rocca said even if Australia was reluctant to sign, it should still be present at a major international meeting to have a “frank and direct and open discussion” about migration.

“We’re not saying it’s illegitimate to have some doubts about the document,” he said.

But Australia’s boycotting the meeting would undermine an attempt to improve the lot of some of the world’s most vulnerable people. 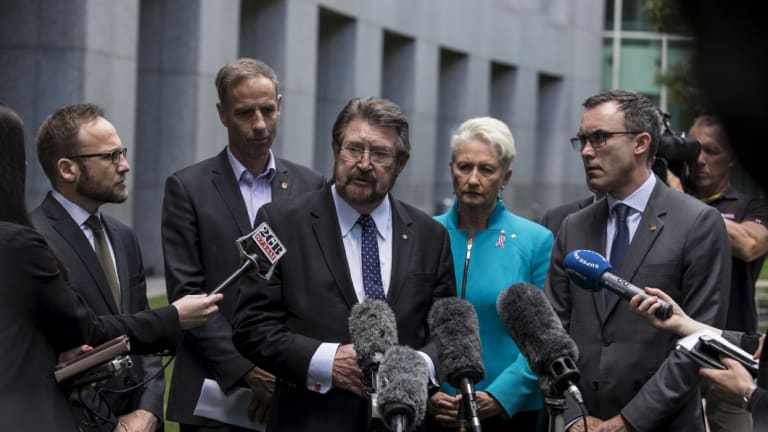 The pact will be signed by countries including the UK and Canada.

The UK’s international development minister Alistair Burt last week said it would be a “step forward in international co-operation to tackle irregular migration”.

And he said – in contrast to the Australian ministers – that the Compact's latest draft “includes a clear differentiation between refugees and migrants [and] the recognition of a state’s right to control their borders”.

Australia, in boycotting the pact, joins a group of countries including Hungary, Poland, Austria, Israel and Switzerland.

Rocca said the Compact was an opportunity to fix a global approach to migration that currently was not working – causing too many people to suffer and fall into the hands of traffickers.

He welcomed Australia’s decision to bring transfer migrant children and families off Nauru.

“We call for governments to use detention as a last resort, and never to detain children or their parents,” he said. “Governments have the right to manage their borders, but they don’t have the right or the justification to do so in a way that increases suffering.”

If it signed the Migration Pact, Australia would pledge to “uphold the best interests of the child at all times” and protect migrant children from all forms of violence.

It would also commit to “use immigrant detention only as a measure of last resort and work towards alternatives”.

The IFRC report, released on Monday, estimated that at least 300,000 unaccompanied and separated child migrants were in transit in 80 countries in 2017 – five times the number from five years earlier.
Rocca said the number had probably risen again in 2018, as protracted crises and wars continued to push children out of their homes and safety.

The report said children on the move were “easy prey for abusers, exploiters and traffickers”, and had a very high risk of being assaulted, sexually abused, raped or trafficked into sexual exploitation.
The abuse came both before and during their migration, against both boys and girls.

Governments and other groups needed to better identify children at risk, and intervene sooner to move them to safety, the report said. Once children are safe they need medical, psychosocial and sometimes legal support.

“The world is failing these children,” Rocca said. “Protecting (them) is the responsibility of all of us.”