At least 20 people have been killed after a tsunami caused by a volcanic eruption hit beaches in Indonesia.

The wave hit beaches around the Sunda Strait late on Saturday night.

The country’s Disaster Mitigation Agency confirmed around 165 people have been injured. 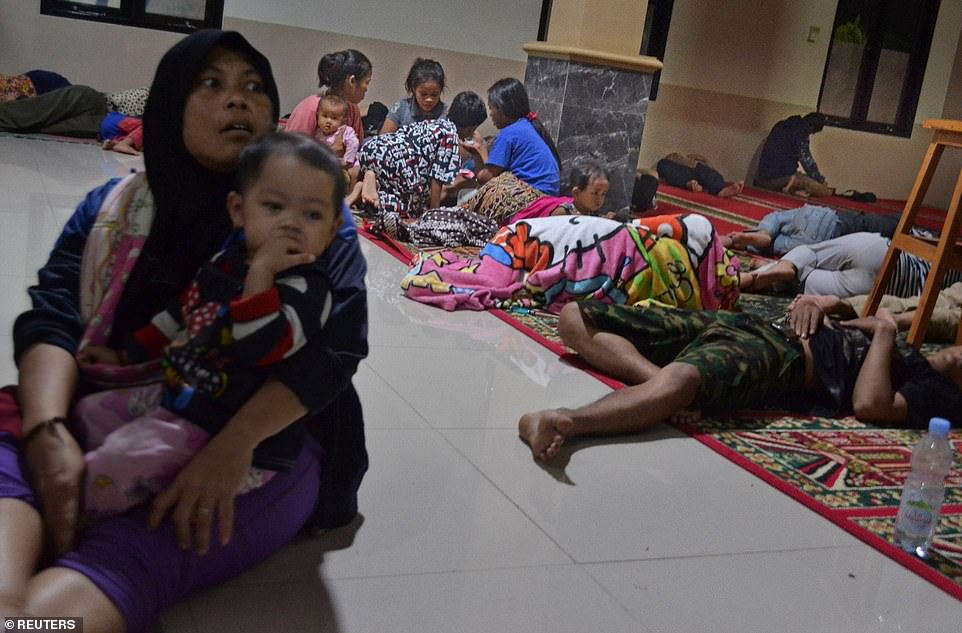 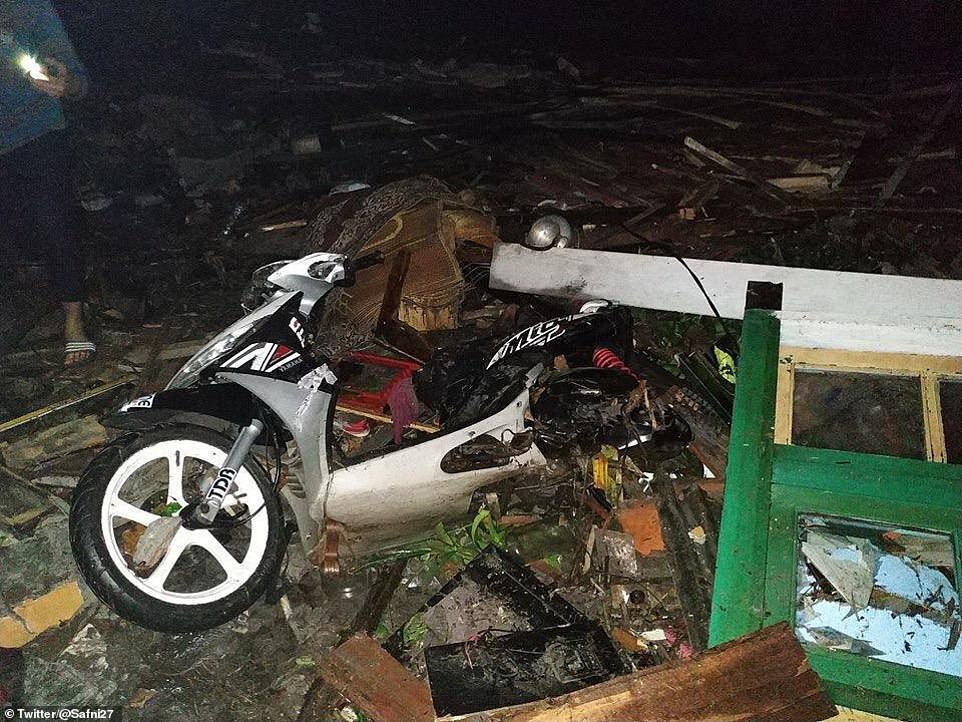 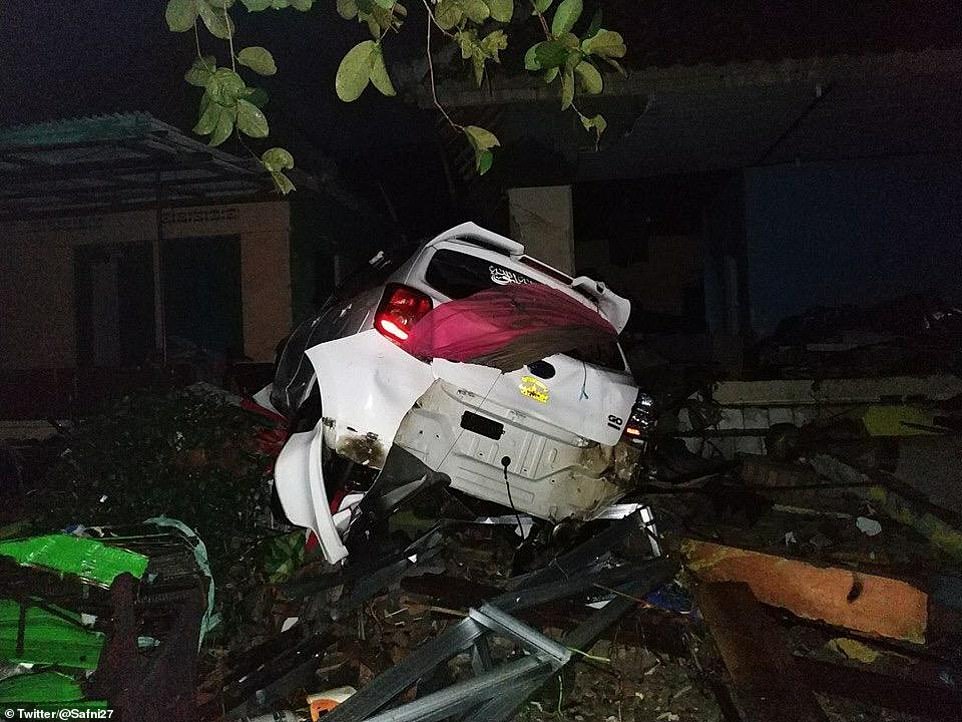 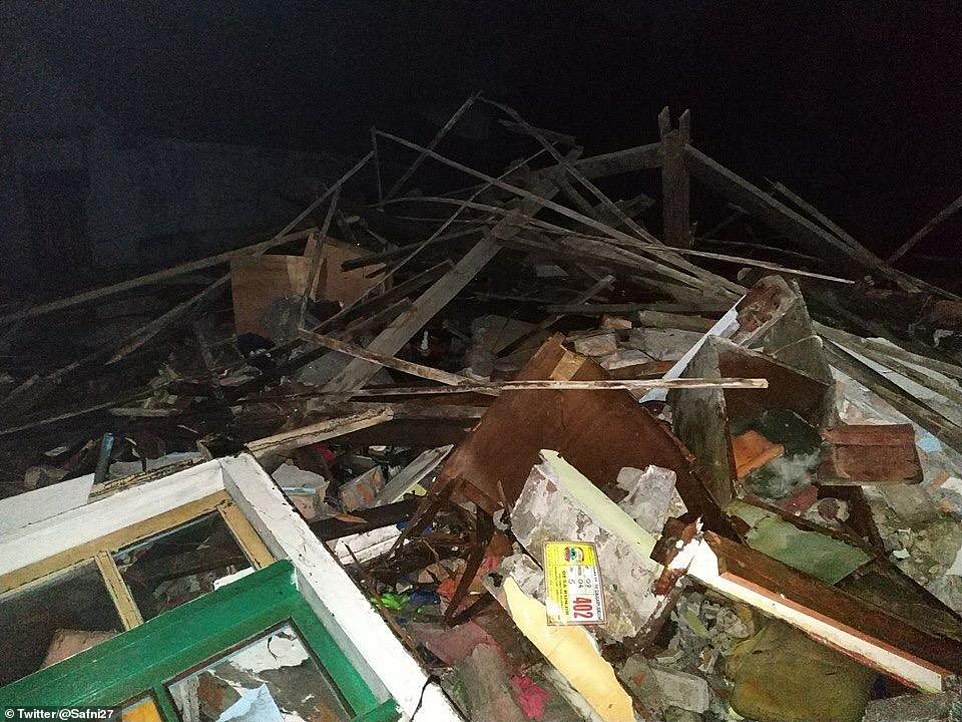 It is believed the tsunami was caused by an undersea landslide following the eruption of the Krakatoa volcano.

It is understood the wave hit beaches on the Sunda Strait – between the islands of Java and Sumatra.

In September, at least 832 people were killed by a quake and tsunami that hit the city of Palu on the island of Sulawesi, which is just east of Borneo.

A volcanic eruption in Krakatoa in 1883 was one of the deadliest in recorded history killing more than 36,000 people.

One witness,  Øystein Lund Andersen wrote on Facebook: ‘I had to run, as the wave passed the beach and landed 15-20m (meters) inland. Next wave entered the hotel area where i was staying and downed cars on the road behind it. Managed to evacuate with my family to higher ground trough forest paths and villages, where we are taken care of (by) the locals. Were unharmed, thankfully.’

He said he had been taking photographs of the eruption on Krakatoa when the wave struck.

He added: ‘So encountered my first tsunami it seems, hopefully my last.’ 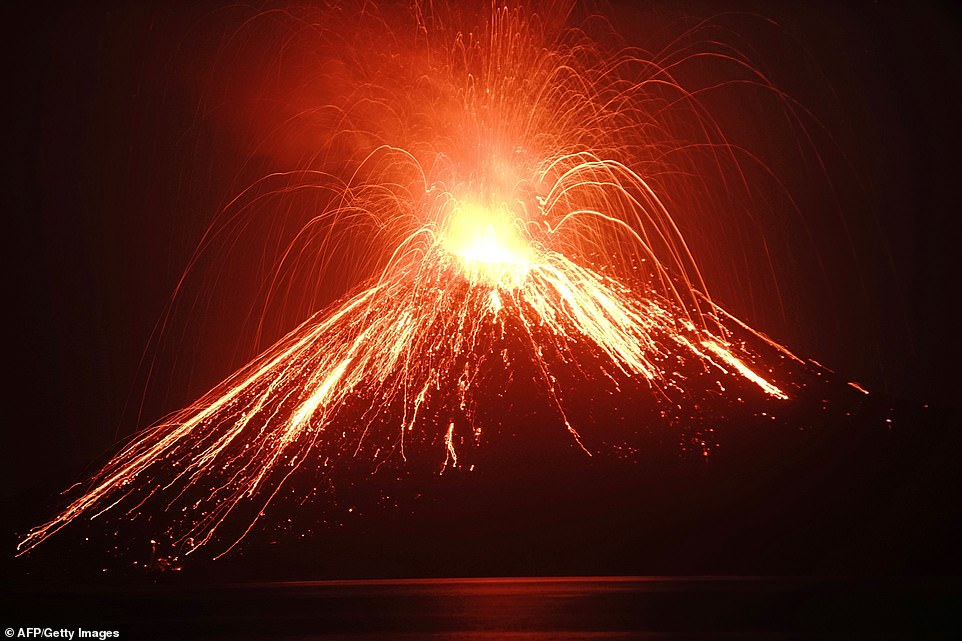