THAILAND is the latest country to suspend use of the AstraZeneca vaccine over blood clot concerns.

But UK regulators have reassured the jab is safe and say there is no evidence it was the cause of fatal blood clots. 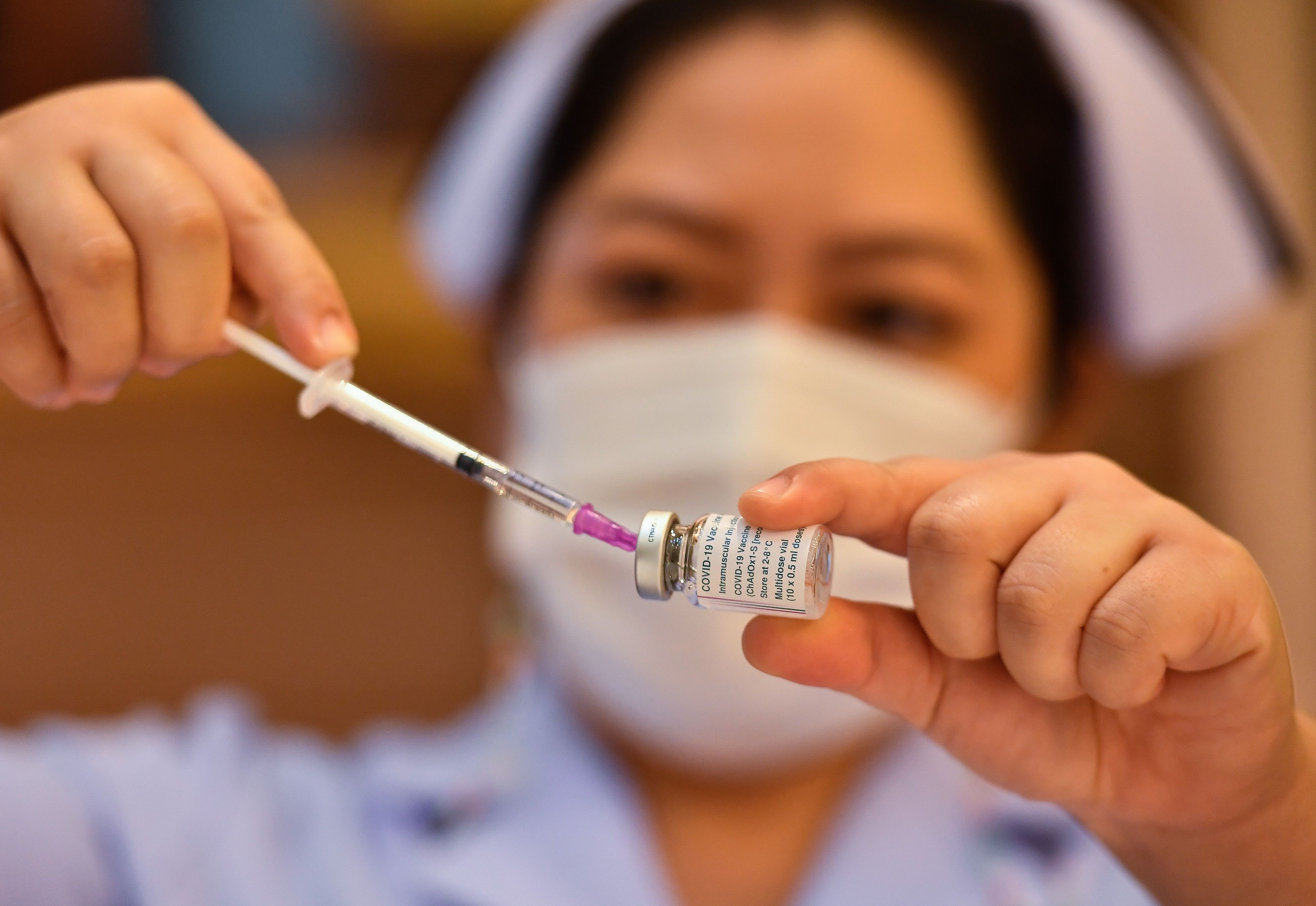 There have been a small number of reports of people experiencing blood clots in the days and weeks after their vaccination, leading to a handful of deaths.

In a news conference, Thai health officials said they had decided to delay vaccinations based on decisions made by other countries as a precaution.

Yong Poovorawan, an adviser to Thailand’s vaccination programme, said it will not have a big impact on the rollout.

The move follows several European countries – Denmark, Norway and Iceland have said they are temporarily halting all AstraZeneca vaccinations.

Doses from the batch, which was sent to 17 countries, are understood to have been given to those who had blood clots.

But The European Medicines Agency (EMA) – which is investigating the spate of blood clots – said countries should not halt use of the AstraZeneca jab because the “benefits outweigh the risks”.

It said in a statement: “The position of EMA’s safety committee… is that the vaccine’s benefits continue to outweigh its risks and the vaccine can continue to be administered while investigation of cases of thromboembolic events is ongoing.”

The UK has stood firm and will continue to give the AstraZeneca vaccine – created by Oxford University – to Brits.

The UK’s Medicines and Healthcare products Regulatory Agency (MHRA) has said there is no evidence to suggest the vaccine causes blood clot problems, and that people should still get their Covid-19 jab when asked to do so. 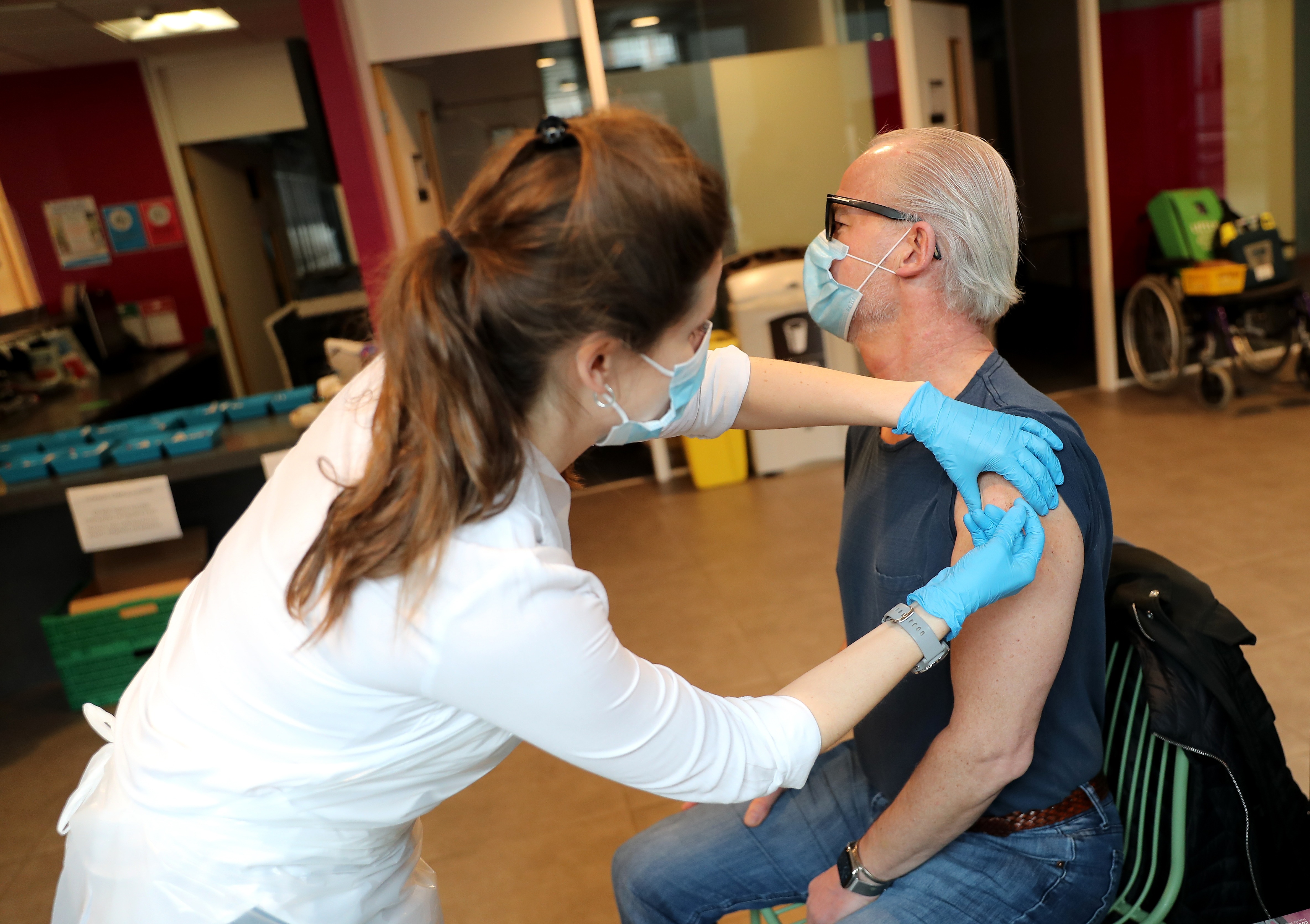 Dr Phil Bryan, MHRA vaccines safety lead in the UK, said on Thursday: “Blood clots can occur naturally and are not uncommon.

“More than 11 million doses of the Covid-19 AstraZeneca vaccine have now been administered across the UK.

“Reports of blood clots received so far are not greater than the number that would have occurred naturally in the vaccinated population.”

Dr Bryan said the safety of the public always comes first and the issue is being kept under close review, “but available evidence does not confirm that the vaccine is the cause”.

“Our UK regulator, the MHRA, reviews all reports of adverse events for both vaccines as they are reported.

“The public should have confidence that both vaccines used in the UK vaccination programme are safe and highly effective at preventing severe disease, including the prevention of blood clots caused by Covid.”

AstraZeneca has insisted there is no evidence of an increased risk of either pulmonary embolism or deep vein thrombosis.

Austria was the first country to pause vaccinations, as the EMA said one person with blood clotting had died 10 days after vaccination.

Another person was admitted to hospital with pulmonary embolism (blockage in arteries in the lungs) after being vaccinated.

The Danish Health Authority said that one person in Denmark had died after receiving the AstraZeneca vaccine.

A 50-year-old man is also thought to have died in Italy from deep vein thrombosis (DVT), while there has been an unconfirmed report of another death in Italy.

The EMA said there have been 30 reports of blood clots among five million people given the vaccine across Europe.

It said this was no more than what was seen in the general population.

But AstraZeneca said that the occurrence is “significantly lower” in those who have been vaccinated than what would be expected among the general population.

Dr Jon Gibbins, a professor of cell biology at the Institute for Cardiovascular and Metabolic Research, University of Reading, agreed the figure was low, telling The Sun: “Venous thrombosis (one type of thrombosis) affects about 1-2 people per 1,000 per year.”

Dr Gibbins said it was “too early” to be definitive over whether the vaccine was linked to the blood clots – but said he was “not overly concerned”.

British scientists overwhelmingly reassured Brits they were safe to get the jab because there is no certain link with blood clots, and the reported cases could easily be coincidental.

There are a number of risk factors for blood clots, and it could simply be coincidental timing that those who suffered the conditions had recently had their jab.

Very few details have been given about the individuals, including whether they had any underlying conditions that already raised the risk of blood clots.