Artist died while swimming after joking that he might have a heart attack and drown, inquest hears

A sand artist who created giant works of art on beaches drowned after joking he might have a heart attack while swimming in the sea, an inquest heard.

Experienced swimmer Marc Treanor, 57, of Dinas, Pembrokeshire, was on holiday near Tintagel, Cornwall, when he suffered problems during a morning swim. A dog walker found the father-of-two’s body washed up on the shore.

His partner Rachel Shiamh said Mr Treanor – who had been commissioned by the National Trust – had had chest pains, adding: ‘He even joked that perhaps he would have a heart attack and drown.’

Recording a conclusion of accidental death, Andrew Cox, acting senior coroner for Cornwall, said the cause was drowning and coronary artery disease. 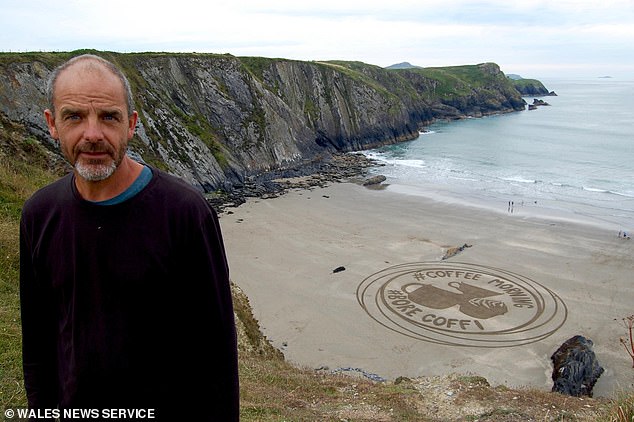 Investigating officer DC Gary Page of Launceston CID said a member of the public found Mr Treanor’s body washed up on the shore in swimming trunks whilst walking his dog.

Marc spent the day before with his mother and step father, informing them before he went to bed of his intentions for a morning swim.

He worked as a caretaker in exchange for accommodation – and made money from his sand art which was commissioned by the National Trust and local schools.

The inquest heard that Mr Treanor was used to sea swimming, doing so regularly near his home in Pembrokeshire.

DC Page stated that Mr Treanor suffered “a possible medical episode during or after his swim” and had a small cut on his head consistent with contact with a rock.

Concluding the inquest, Mr Cox said: “Marc Treanor was found deceased on the beach at Trebarwith Strand on July 2 after going for a morning swim.

“He had previously complained to others about an intermittent chest pain and it is possible a medical episode precipitated his drowning. 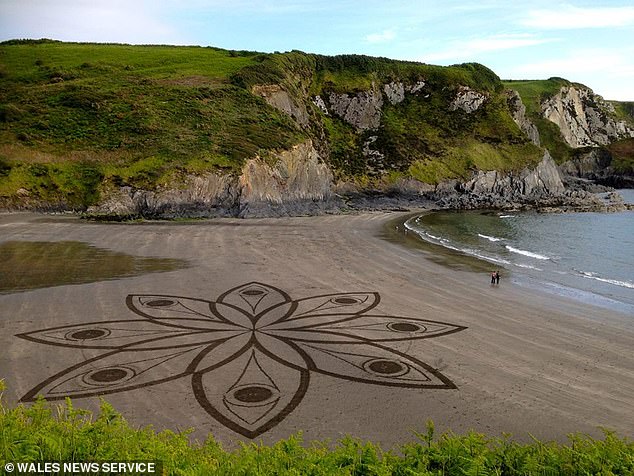 “It was an intentional act with an unintended outcome.”

Mr Treanor gained a large following and was famed for his enormous artworks drawn painstakingly into sands at beaches – only to then see them washed away by the tide.

Marc travelled to beaches across Britain to use stretches of sandy shorelines as his enormous canvass.

He took commissions for drawing works to commemorate evens such as marriage proposals, birthdays and wedding anniversaries as well as making stunning creations of his own.

Marc had been actively making art even in lockdown creating a 100ft sand mural to celebrate Summer Solstice at Newport Sands in Pembrokeshire.