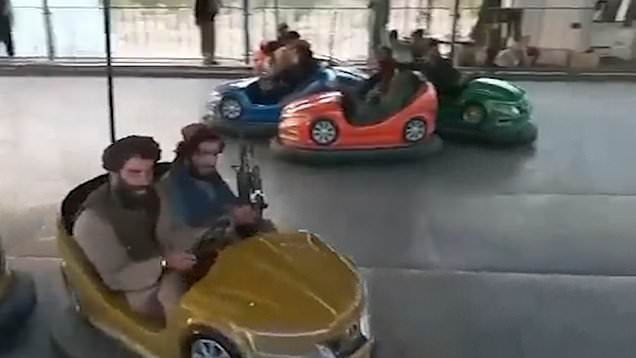 The Islamist fighters were also filmed on a merry-go-round after taking over Afghanistan’s capital Kabul.

While they were enjoying themselves at the amusement park, other militants were said to be going door-to-door searching for Western allies and interpreters to kill.

Chilling reports claim the Taliban have been targeting children as young as 12 to become sex slaves in previously conquered parts of the country.

Local leaders are said to have been ordered to produce lists of girls over 12 and widows under 45 for militants to marry.

Afghans fear a return of the brutal sharia law imposed on the country during the Taliban’s reign in the 90s.

It saw women forbidden from working or appearing at public gatherings, while innocuous practices like photography and flying kites were also banned. 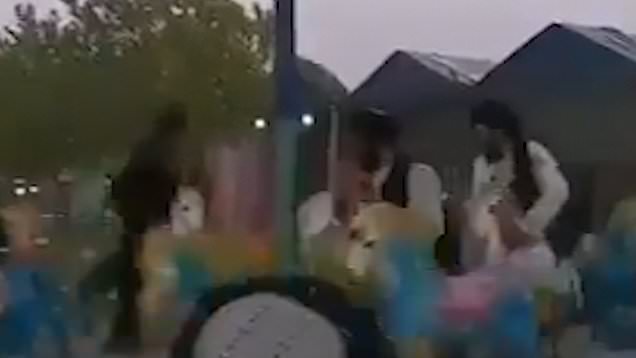 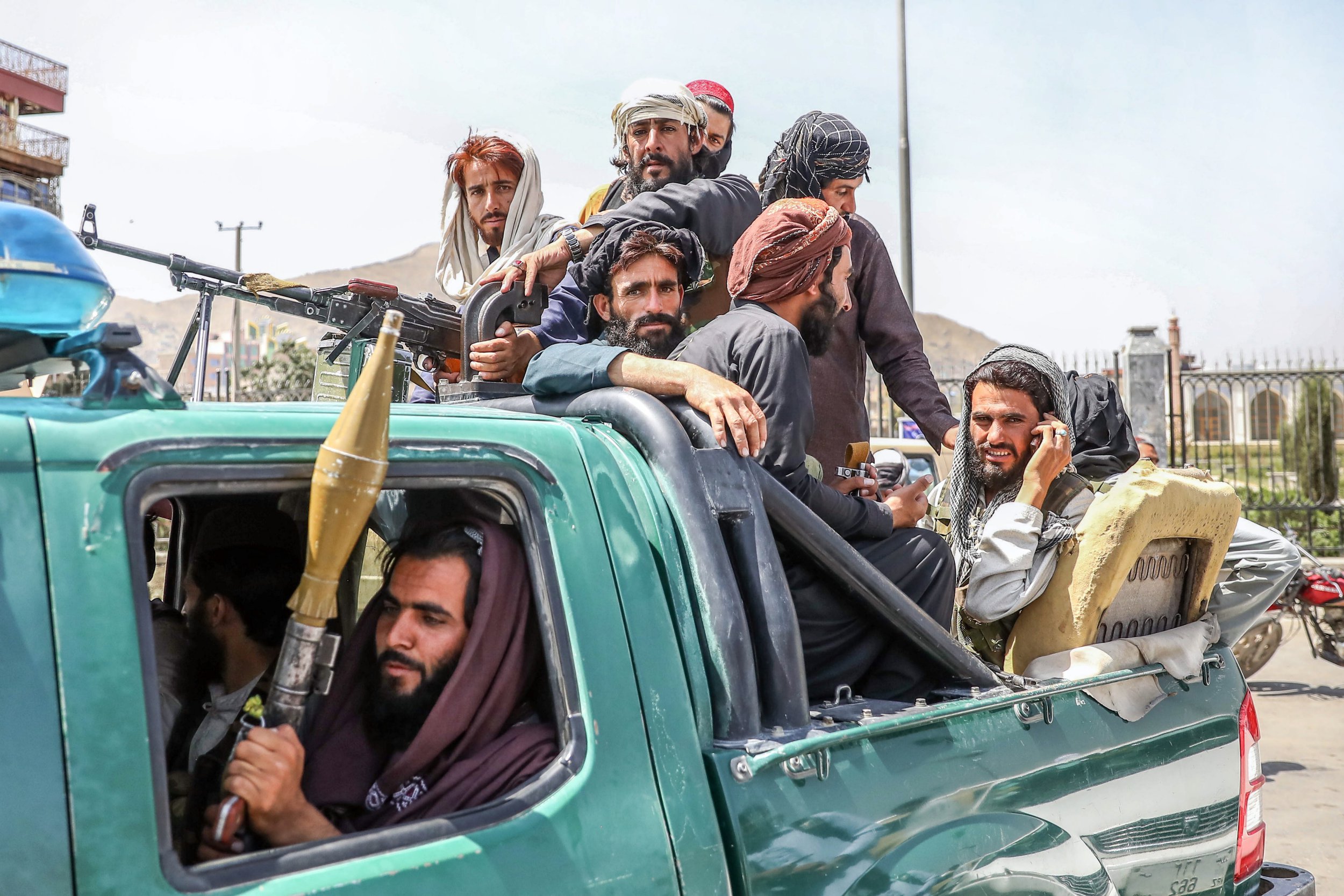 Punishments under the Taliban’s regime included stoning, whipping and hanging, while people’s hands and feet would be cut off for stealing.

Stores popular with female shoppers have already been plastered with notices warning that they will ‘face the consequences’ if they enter, according to reports.

Taliban fighters were said to have shot dead a woman for wearing ‘tight clothes’ and being outside without a male relative.

Female bank employees have been told not to return to their jobs but to send male relatives to take their place, according to Al-Jazeera.

Homira Rezai, who grew up in Afghanistan until she was 13 and now lives in Dudley, said the Taliban are already targeting prominent women including activists and bloggers.

She told BBC Women’s Hour: ‘They are going door to door targeting those women and marking the doors with bright pink or bright-coloured paint to ensure “this is the house we need to come back to and do something about them”.’

Despite all of these horrific reports, the Taliban announced today an ‘amnesty’ across Afghanistan and urged women to join its government.

The comments by Enamullah Samangani, a member of the group’s cultural commission, appear to be an attempt to calm nerves, as residents of Kabul stay at home in fear of what might happen to them.

He said: ‘The Islamic Emirate doesn’t want women to be victims” Samangani said, using the militants’ term for Afghanistan. They should be in government structure according to Shariah law.

‘The structure of government is not fully clear, but based on experience, there should be a fully Islamic leadership and all sides should join.’