A young boy from Arkansas battling a terminal illness received his last wish — to be escorted to the hospital on Thursday morning by a congregation of first responders from his Arkansas hometown.

As Louie Schneider was being driven to Arkansas Children’s Hospital on Thursday, he was greeted by hundreds of law enforcement officials from central Arkansas, who came out to see and grant him one of his last request, according to ABC affiliate KATV. The nine-year-old’s last wish was to see Emergency Medical Technicians, firefighters and police officers as he went to the hospital, according to a Facebook post from the City of Alexander Fire Rescue.

A Facebook video from the Bryant Police Department recorded officers and their marked vehicles lined up on the side of the road. An officer taking the video said vehicles were set up on I-430 all the way to the hospital. Louie was seen in the video waving out of the window of a pickup truck as it drove by.

KATV reports that Louie and his brother were adopted by Kristy Schneider in 2014.

Louie’s medical problems stem from a chromosomal abnormality. After dealing with gastrointestinal issues, his health began to decline following a seizure in 2017, according to KATV.

Sgt. Todd Crowson with the Bryant Police Department told ABC News that when Louie was in home hospice in February, his neighbor, an Arkansas Game and Fish Commission officer, organized a parade with over 100 police cars, fire trucks and ambulances from different departments to pass by his home. Crowson said officers would also visit Louie at his home and he would play with their handcuffs while smiling the whole time. 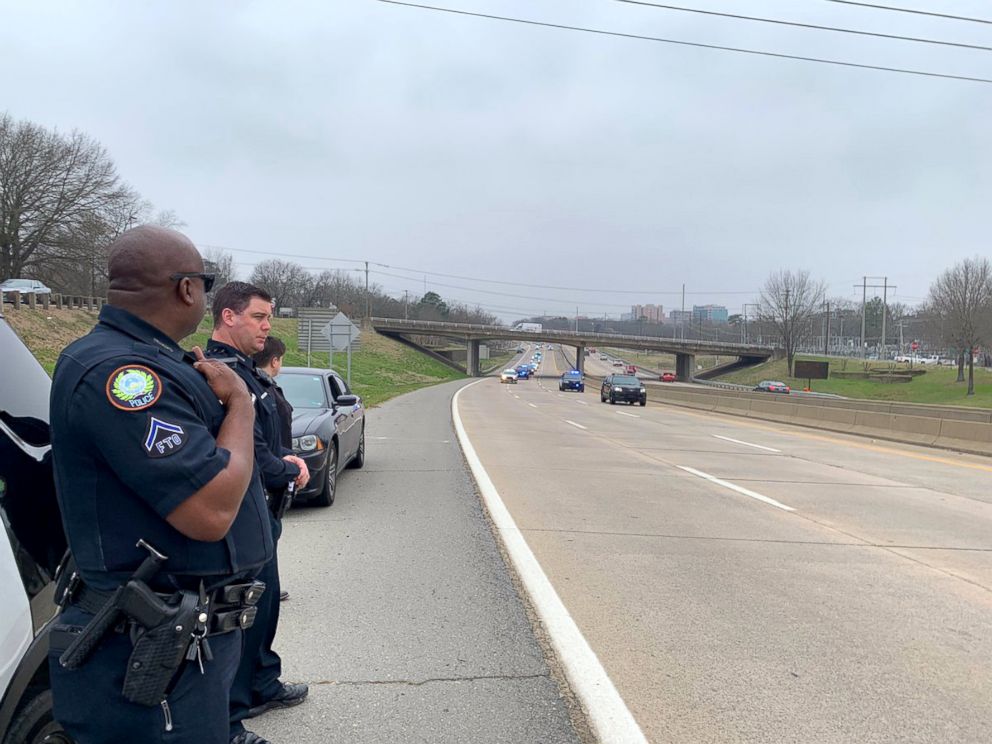 KATV reports that Louie asked his neighbor to escort him to the hospital because he was ready to begin end-of-life care.

Officers turned out for Louie, with vehicles lined up from Louie’s home all the way to the hospital in Little Rock, according to Crowson. Little Rock Police tweeted that Louie’s “strength and courage is an example to us all.”

“I had no idea that again as we would drive to the hospital in Louie’s last time in a car, his last time riding in a vehicle, that the streets would be lined with people honoring my son – that they would be saluting and waving, and waving flags, and a fire truck with the ladder extended, and there would be police motorcycles stopping traffic and all of these people waving and honoring my son,” Kristy told KATV.

Crowson said that some officers would be visiting Louie again in the hospital later Friday. He said he was thankful he was able to meet Louie and become friends.

Bryant Police said in a Facebook post that Louie’s last request of the day was to be able to speak with officers on the radio.