Man falls on knife, stabs himself in neck after being tased by police officer

A Glendale, Arizona, police officer used a Taser on a man who refused to put down a knife, causing him to fall to the ground and stab himself in the neck, body cam footage obtained by Fox News shows.

The incident occurred Nov. 23 after officers were called to the scene of a “suspicious” fire, police said. Upon arrival, officers found an individual who was “acting odd.” They determined that the man was associated with the house on fire. An officer began talking to the man to keep him calm. 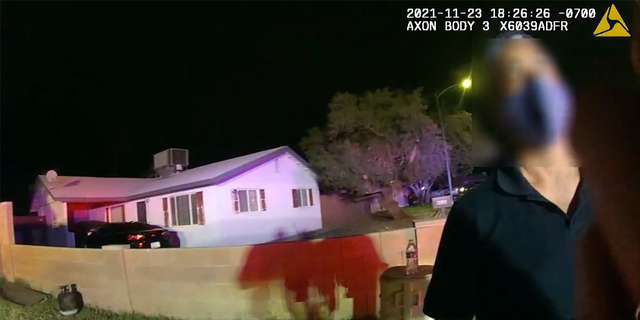 Police said the man was associated with the burning house.
(Glendale Police Department)

The body cam footage shows the officer trying to keep the man away from the fire trucks so “they can do their job.”

At some point, the individual produces a large kitchen knife. The officer can be heard giving the man repeated commands to drop the knife, but the man appears not to comply.

“Put the knife down now,” the officer says. 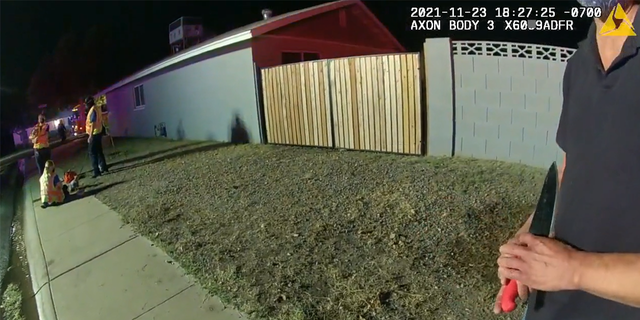 The officer can then be seen using a Taser to try to de-escalate the situation. The man with the knife falls face-first onto the ground, causing the knife to go through his neck and cut the officer. The footage shows the officer and a nearby fireman trying to turn the man on his back. 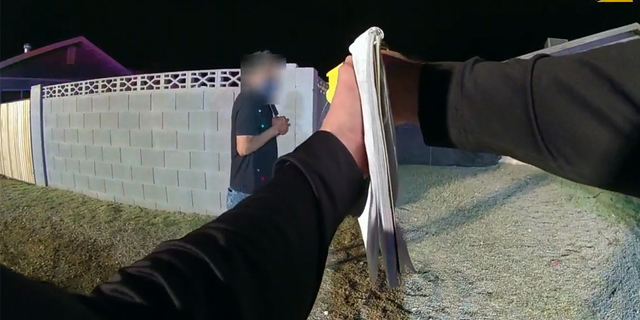 Police said the officer used a Taser to try and de-escalate the situation.
(Glendale Police Department)

Police later said the man struggled and would not allow paramedics to treat him for his injuries. He was eventually treated and transported to a local hospital. Neither the officer nor the individual received life-threatening injuries, police said.

Police have not released the man’s identity. The incident, as well as the “suspicious nature of the fire,” remains under investigation, police said.