‘I feel I am alive because of God and the virgin’: Argentina’s Vice President Cristina Fernández de Kirchner addresses failed assassination for the first time as four are arrested for the alleged crime – while many Argentines believe it is all a hoax

Argentinian Vice President Cristina Fernández de Kirchner has finally addressed the horrors of the assassination attempt she experienced on September 1 when a Brazilian man’s loaded gun got jammed after he allegedly pulled the trigger inches from her face.

Fernández had just arrived at her residence in the Buenos Aires neighborhood of Recoleta after attending court hearings on her corruption trial – in which prosecutors are seeking a 12-year prison term for allegedly directing taxpayer money to a friend – when Fernando Sabag, 35, squeezed through a crowd of supporters and tried to kill her.

‘I feel that I am alive because of God and the virgin,’ Kirchner said Thursday after attending a conference with religious leaders at the Senate.

‘The most serious thing is not what could have happened to me. The most serious thing was having broken a social agreement that we had since 1983,’ she said, referring to when the South American nation returned to democracy after seven years under the dictatorship of the National Reorganization Process.

She added: ‘To recover democracy was to recover life and rationality that we can discuss politics. Eradicate that violence.’ 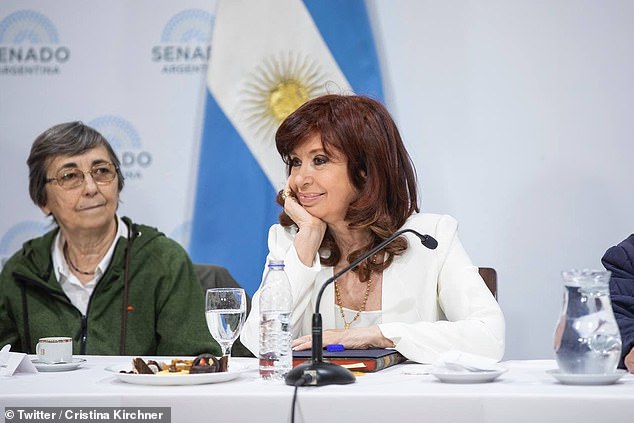 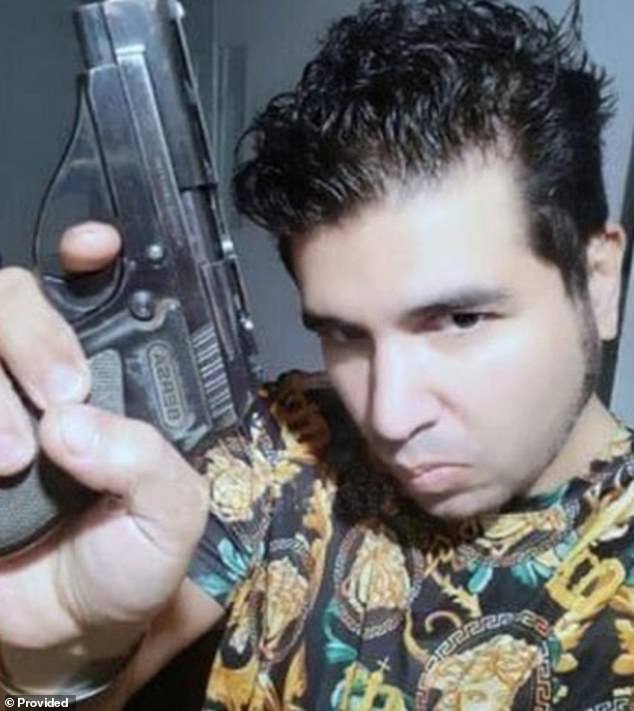 Fernando Sabag, a 35-year-old Brazilian national, has been accused of attempting to murder Kirchner. On Thursday, a federal court judge ordered him held in pretrial detention along with his girlfriend and accomplice, Brenda Uliarte 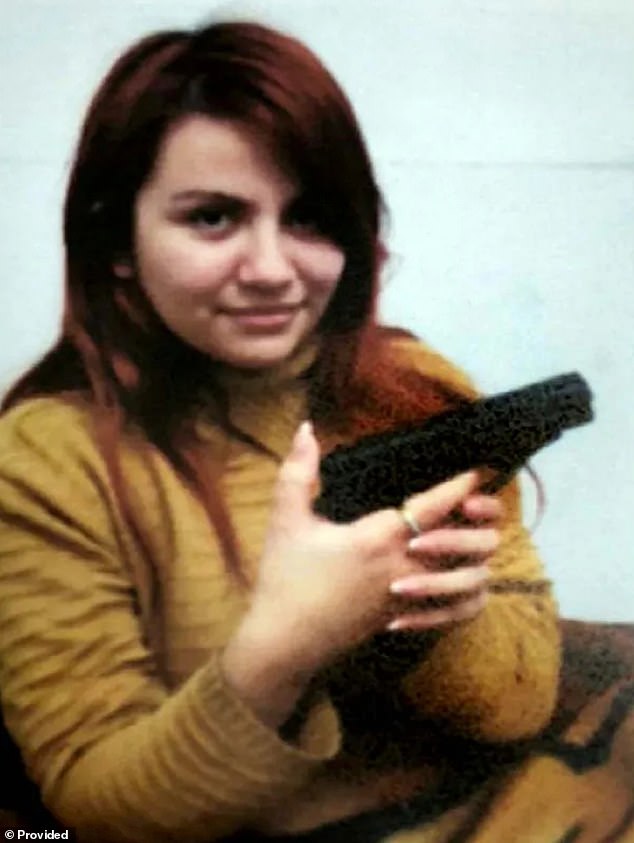 Text messages recovered from the cellphone of Brenda Uliarte revealed that in April she purchased the gun her boyfriend, Fernando Sabag, allegedly used to try to kill Vice President Cristina Fernández de Kirchner

Kirchner served as first lady to her husband Néstor Kirchner, who served as president of Argentina from 2003 to 2007, and then as president herself from 2007 to 2015.

‘What happened the other day was a break from that. All political leaders want to be president, like all priests want to be Pope. I was president twice,’ she said.

Kirchner said she was thankful for the political backers who sprung into action and restrained Sabag with no police officers in sight.

‘Not only did they stop him, but they also prevented him from reassembling the gun when the first shot missed. They did not take justice into their own hands, nor did they lynch him,’ she said.

‘They did what was appropriate, they called the law, the police. It is necessary to put a lot of institutionalism and a lot of democratic respect to rebuild.’ 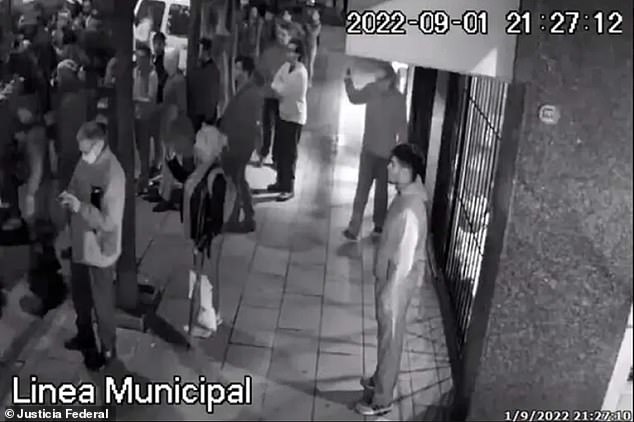 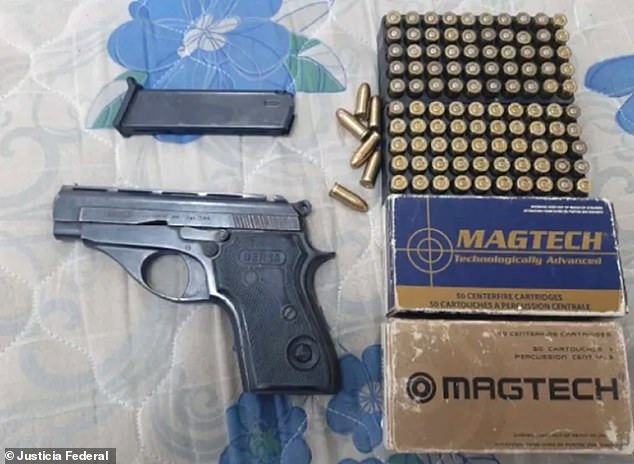 The Bersa .32 gun that was recovered from the scene and 100 bullets police found in the gunman’s home

Kirchner hopes that Argentines ‘reflect’ on the failed attempt on her life because the country as a whole has the ‘the obligation to return to a path that cost Argentina a lot.’

Sabag and his Argentine girlfriend, Brenda Uliarte, 23, are among four people who have been arrested in connection to the botched assassination.

According to court records, Uliarte purchased the Bersa .32 on April 22 from a woman named ‘Serena.’

Investigators uncovered a message she sent from her cellphone that said, ‘I have a gun, I bought it because my ex is unbearable.’ 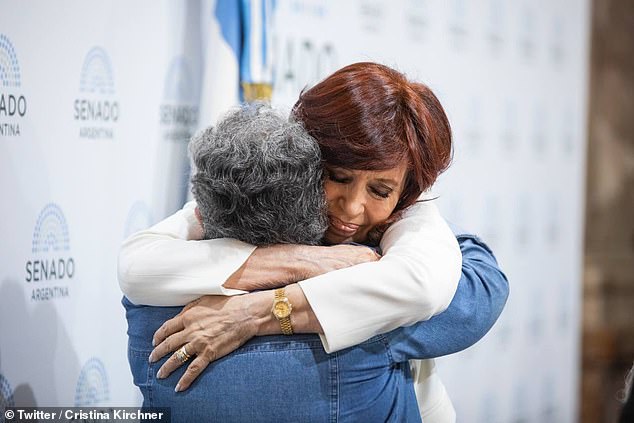 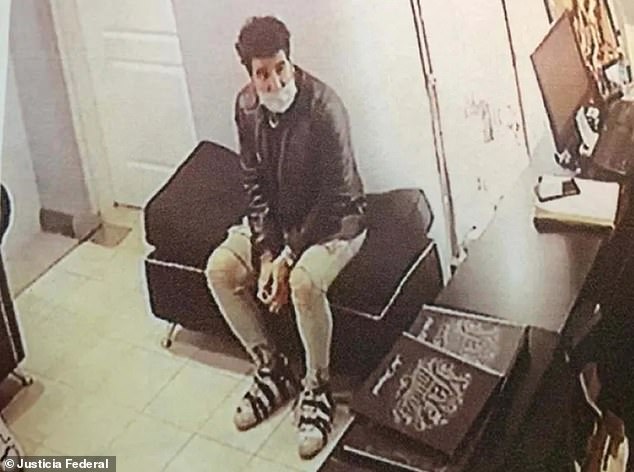 On July 4, she texted Agustina Díaz, who is also under arrest, and told her, ‘I am going with the gun and I am going to shoot Cristi.’

Sabag previously told the court that Uliarte was never involved in the plot, but declined to answer questions about his motives.

Both Sabag and Uliarte have been charged with attempted aggravated murder with the use of weapons, treachery and premeditated concurrence of two or more people.

While investigators have discovered evidence from Uliarte’s cellphone that links implicates her and Sabag, many in Argentina believe the assassination attempt was a hoax.

A poll conducted by DC Consultores, published Thursday, found that 58.4 percent agreed that the September 1 incident was made up.

The study, which polled over 1,700 people, also showed that 18.5 percent believed the incident ‘was an act of madness by Sabag’ while 18.9 percent said it was an actual assassination attempt.

Data gathered by Reputación Digital, an agency that monitors social media networks and the Internet, found that 61.19 percent of the conversations generated on 28 Twitter accounts between August 31 and September 6 did not believe there was an assassination attempt on Kirchner.