The large carved stone looks like a cannon ball but has been dated to the 13th century, more than 200 years before the introduction of gunpowder or cannons in Scotland. 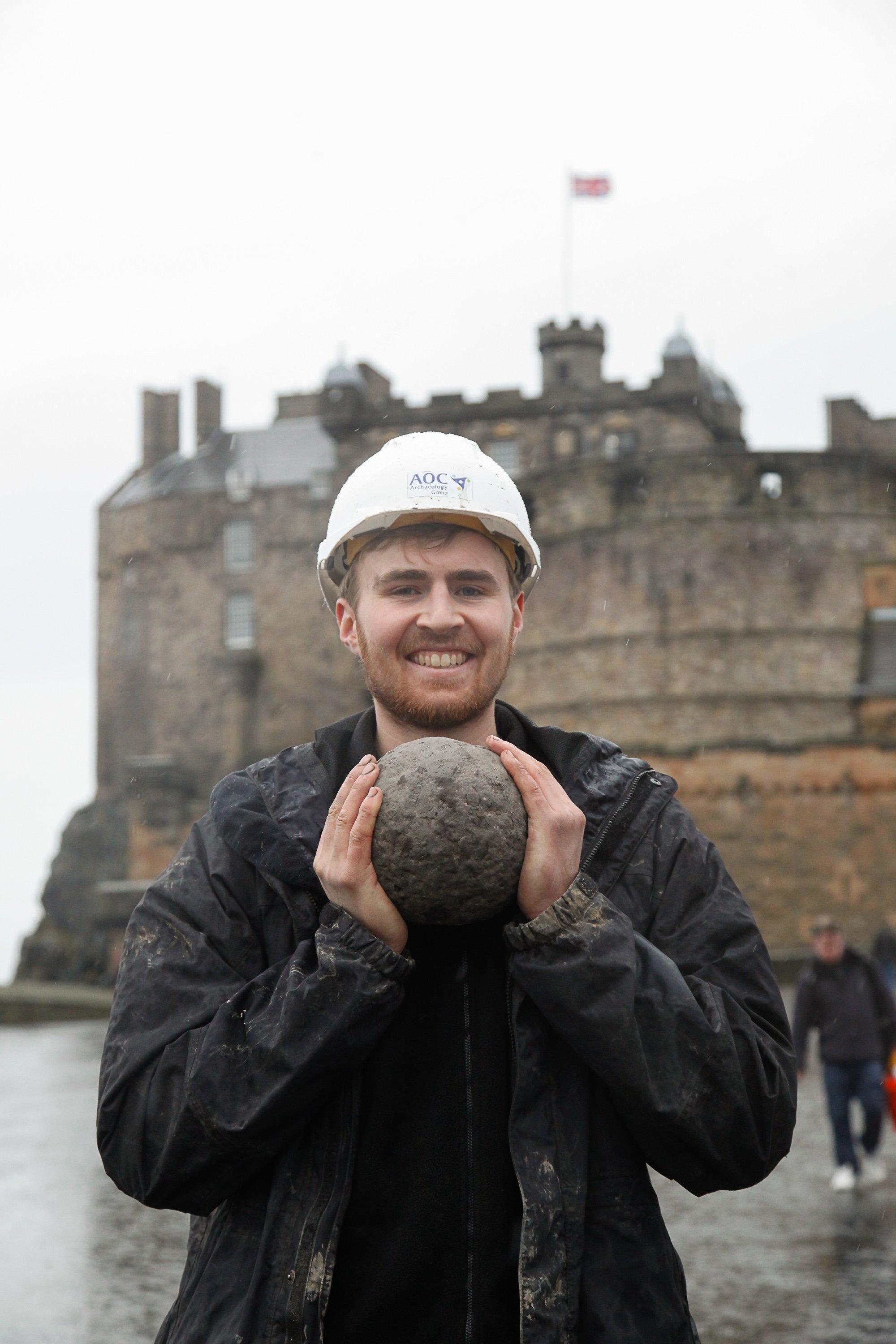 It was found during excavations at the Grassmarket in Edinburgh as archaeologists from AOC Archaeology continue to investigate the site, which has been earmarked for Europe's first Virgin Hotel.

It is thought the ball was launched from a large wooden catapult known as a trebuchet, either from or towards the ramparts of Edinburgh Castle during the Siege of Edinburgh in 1296.

The three-day siege, also known as The Longshanks Siege, saw the English king Edward I capture Edinburgh Castle and then install a garrison of 350 knights to defend it.

The castle would remain in English hands for 18 years, using it as a base to plunder treasure from across Scotland including the Stone of Destiny from Scone Abbey. 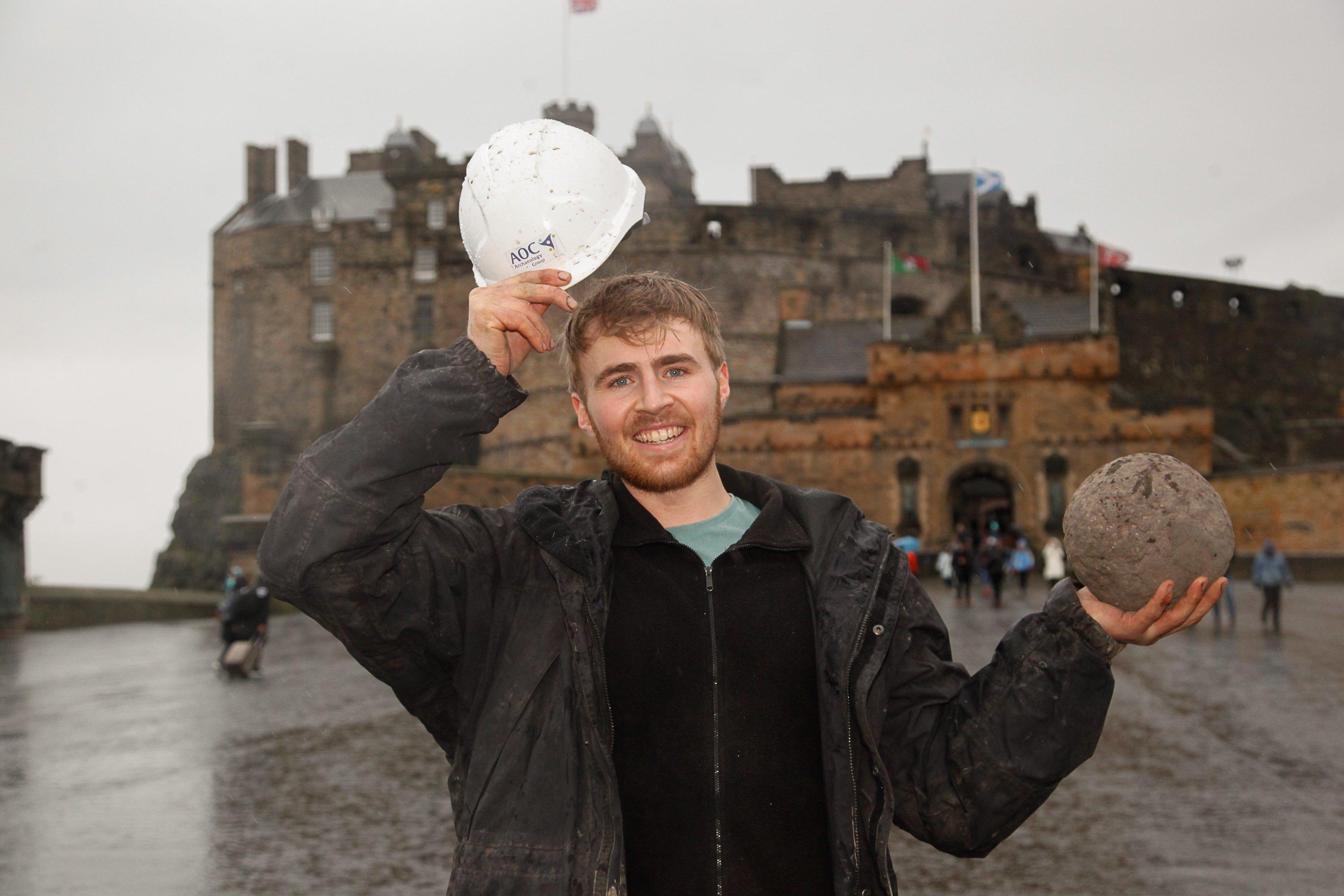 Edinburgh Castle was recaptured in 1314 by the Scottish after Thomas Randolph, the First Earl of Moray led a surprise attack with a small band of 20 men to retake the stronghold.

The archaeology work is entirely funded by India Buildings Ltd, which is developing the site, and managed by CgMs Heritage.

Richard Conolly, of CgMs, said: "As archaeologists, most of our work deals with the remnants of day-to-day life. So, it is really exciting for the team to find something that potentially provides a direct link to an historic event and specific date.

"The siege only lasted three days – we don't often get that kind of precision in our dating. It is also a reminder that it was not just the castle that was involved in the siege; the surrounding town must also have taken a battering." Over the centuries around 23 different siege attempts were made on Edinburgh Castle and experts have been intrigued by the latest discovery.

City of Edinburgh Council archaeologist John Lawson said: "It looks like the type of ball which would have been fired by a trebuchet, one of the most powerful catapults used in the Middle Ages.

"Worldwide, the most famous account of a trebuchet is that of Warwolf, the giant catapult used by Edward I's army at Stirling Castle in 1304.

"What we've discovered here suggests similar weapons were also used in Edinburgh, possibly even during Edward I's Siege of Edinburgh in 1296, when the Stone of Destiny was stolen and the castle taken out of Scottish hands.

"We always knew this area of the Grassmarket could shed new light on Edinburgh in the dark ages, and here we are with the discovery of a medieval weapon. It's a really exciting find, particularly if we can prove its links to the Siege of Edinburgh."

Archaeologists began digging in the Grassmarket area in May and work is expected to continue into the new year.

Nick Finnigan, executive manager at Edinburgh Castle, said: "This is an exciting new discovery which helps contribute to our understanding of Edinburgh Castle's remarkable history – particularly during the wars of independence.

"Edinburgh Castle has been besieged more than any other castle in the UK and it's incredible that we are still uncovering artefacts from these historic sieges."