A giraffe whose birth became an internet sensation has been moved into another barn away from his mother.

Animal Adventure Park in Harpursville, New York, tells the Press & Sun-Bulletin that Tajiri the giraffe was moved so he has space to grow this winter.

Tajiri is the offspring of April the Giraffe. 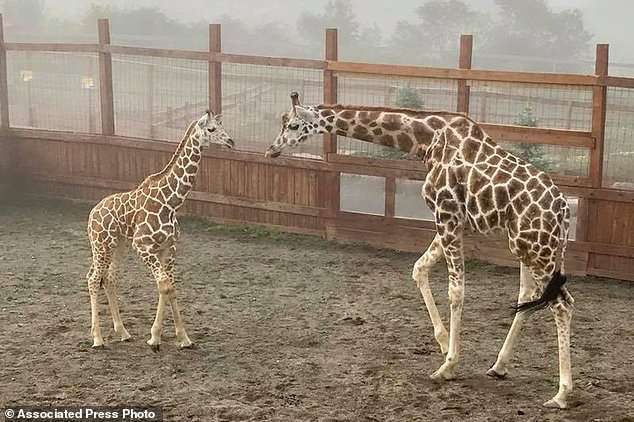 April the giraffe and her offspring Tajiri are shown in their enclosure in Harpursville, N.Y. Animal Adventure Park before he was moved so he has space to grow this winter

Park owner Jordan Patch says the practice mimics a natural pattern where male calves in the wild are driven out of the herd.

This is a way to ‘avoid inbreeding.’

Patch says April is also expecting again and about halfway through her 15-month gestation.

The park had planned to move Tajiri to Carolina Wildlife Conservation Park in North Carolina but canceled the transfer.

His new barn is only about 500 feet away from the barn in which he was born. 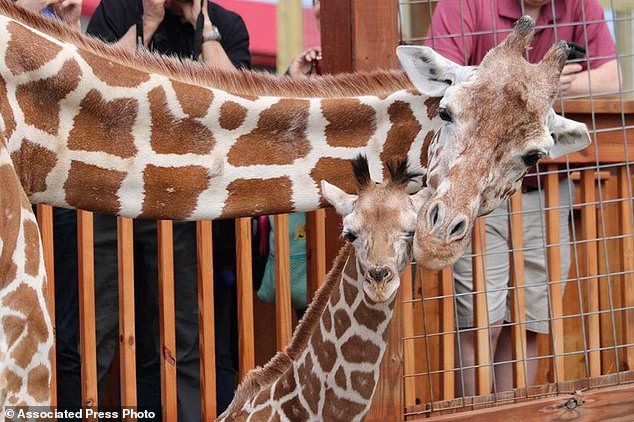