Many Okinawa residents associate the US military presence with crime, pollution and accidents. 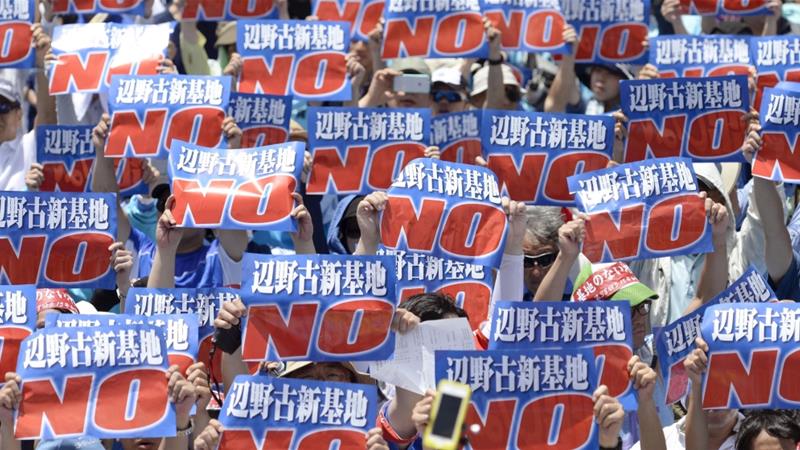 A mayor opposed to a US Marines base on Okinawa is leading his ruling party rival as he seeks re-election in a poll, raising the prospect the base will remain a thorn in US-Japan ties.

Many Okinawa residents associate the US military presence with crime, pollution and accidents, and resentment has been rekindled by a spate of incidents involving US military aircraft. Last month, a window fell from a US helicopter onto a school sports field, fanning safety concerns.

Inamine, who is seeking a third four-year-term with opposition party support, is leading challenger Taketoyo Toguchi, 56, who has the backing of Abe’s Liberal Democratic Party (LDP) and its junior coalition partner, the Komeito party, according to a Yomiuri newspaper survey published on Tuesday.

A win for Toguchi would make it easier for Abe’s government to move ahead with the relocation plan.

Japan’s central government and Okinawa authorities have been at odds for years over a plan, first agreed between Tokyo and Washington in 1996, to relocate the Marines’ Futenma airbase from an urban part of Okinawa to the less populated Henoko district of the northern city of Nago.

Sixty-nine percent of Nago voters responding to Yomiuri’s survey said that Futenma’s functions should be moved off Okinawa entirely; 17 percent said the original plan should go ahead.

Work is under way for construction of a Futenma replacement facility, but the Nago mayor’s approval is needed for some aspects so Inamine could cause further delays if re-elected.

Prime Minister Shinzo Abe’s government wants to forge ahead with the relocation.