‘I thought it was a hoax!’: easyJet slammed for sharing photo of customer with flight number tattooed on his wrist as it is compared to inkings Holocaust victims were branded with to identify their bodies

Budget airline easyJet has been blasted for tweeting a photograph of a customer who tattooed their first boarding pass onto their arm – as the inking resembled those used by the Nazis at Auschwitz.

The passenger tweeted the image of the tattoo which featured the flight number and seat details, tagging in the airline for a response.

The airline replied to the tweet with the message ‘you never forget your first flight’.

However, shortly after sharing the message, social media users noticed the similarity between the man’s markings and those forced upon the victims of the Nazi death camp. 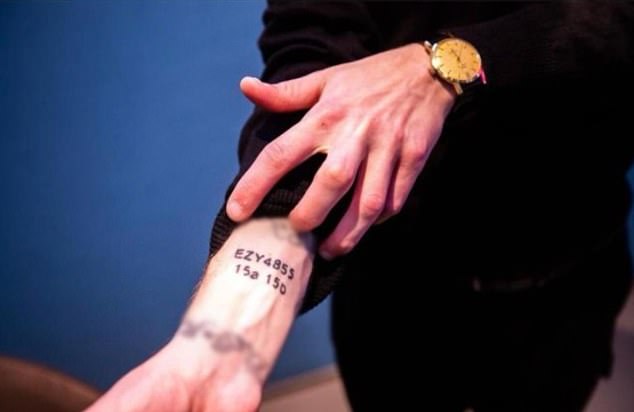 easyJet was forced to apologise after they shared an image of a passenger who had tattooed the details of their first flight with the airline on their arm. Social media users soon remarked about how the inking resembled the tattoos used by the Nazis at Auschwitz 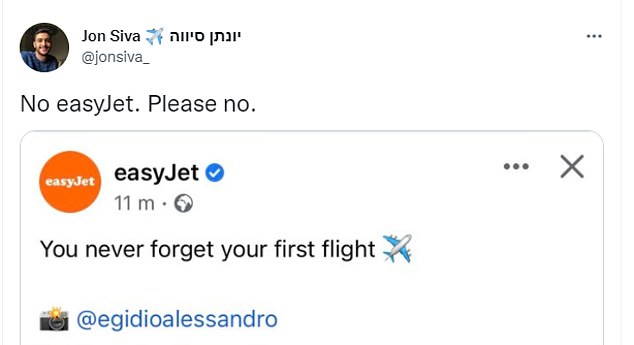 The airline responded to the image: ‘You never forget your first flight.’ Though Jon Siva alerted them to the error in judgement 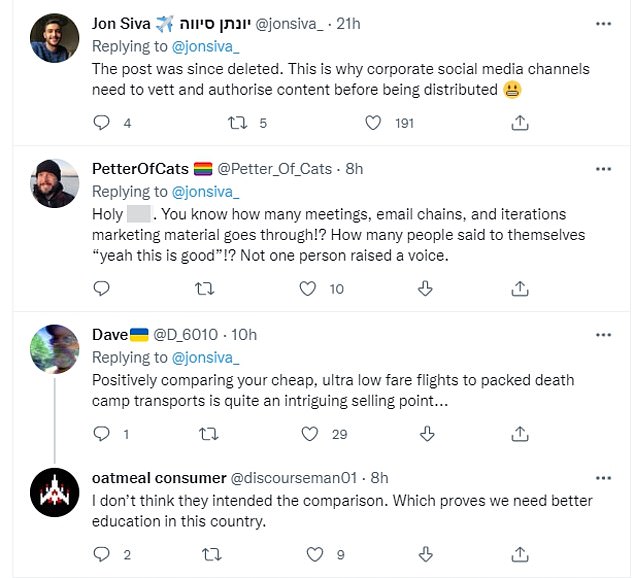 Approximately 400,000 people who were sent to the camp received tattoos according to the United States Holocaust Memorial Museum.

The first prisoners to receive tattoos were Soviet prisoners of war, but the vast majority were Jewish people who avoided immediate selection for the gas chambers.

Anyone sent to the gas chamber on arrival was not tattooed as their bodies were set to be cremated shortly afterwards.

Auschwitz was the only death camp to tattoo its inmates.

It is believed approximately 1.1 million people died in Auschwitz, including almost one million Jewish people.

Jon Siva spotted the tweet and screen grabbed it before sharing it with the message ‘no easyJet. Please no.’

He wrote: ‘The post was since deleted. This is why corporate social media channels need to vet and authorise content before being distributed.’

Another social media user responded: ‘Holy s***. You know how many meetings, email chains, and iterations marketing material goes through?

‘How many people said to themselves “yeah, this is good”. Not one person raised a voice.’

However, one person offered easyJet the benefit of the doubt: ‘I don’t think they intended the comparison. Which proves we need better education in this country.’

An easyJet spokesperson told MailOnline: ‘While this is a genuine picture of a customer’s tattoo celebrating their first flight with us, we understand the concerns raised and as a result decided to remove the post.

‘We are sorry for any offence unintentionally caused by the post.’