A HOARD of 6000 gold Anglo-Saxon artefacts worth over £3 million and now hailed as “one of the greatest finds” was unearthed using a £2 metal detector.

The items from 650AD – known as the Staffordshire hoard – were found by metal detectorist Terry Herbert with a device bought in a car boot sale. 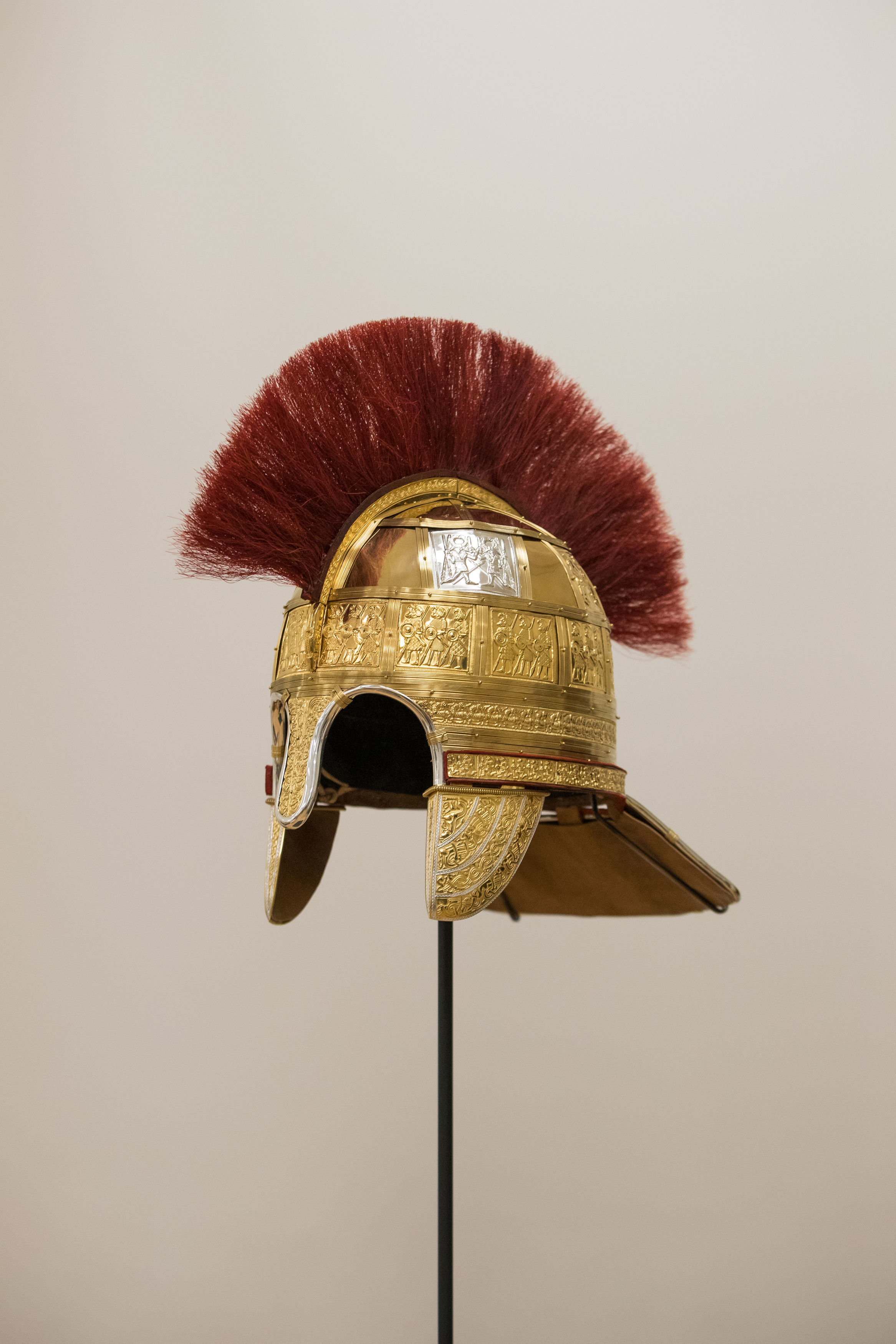 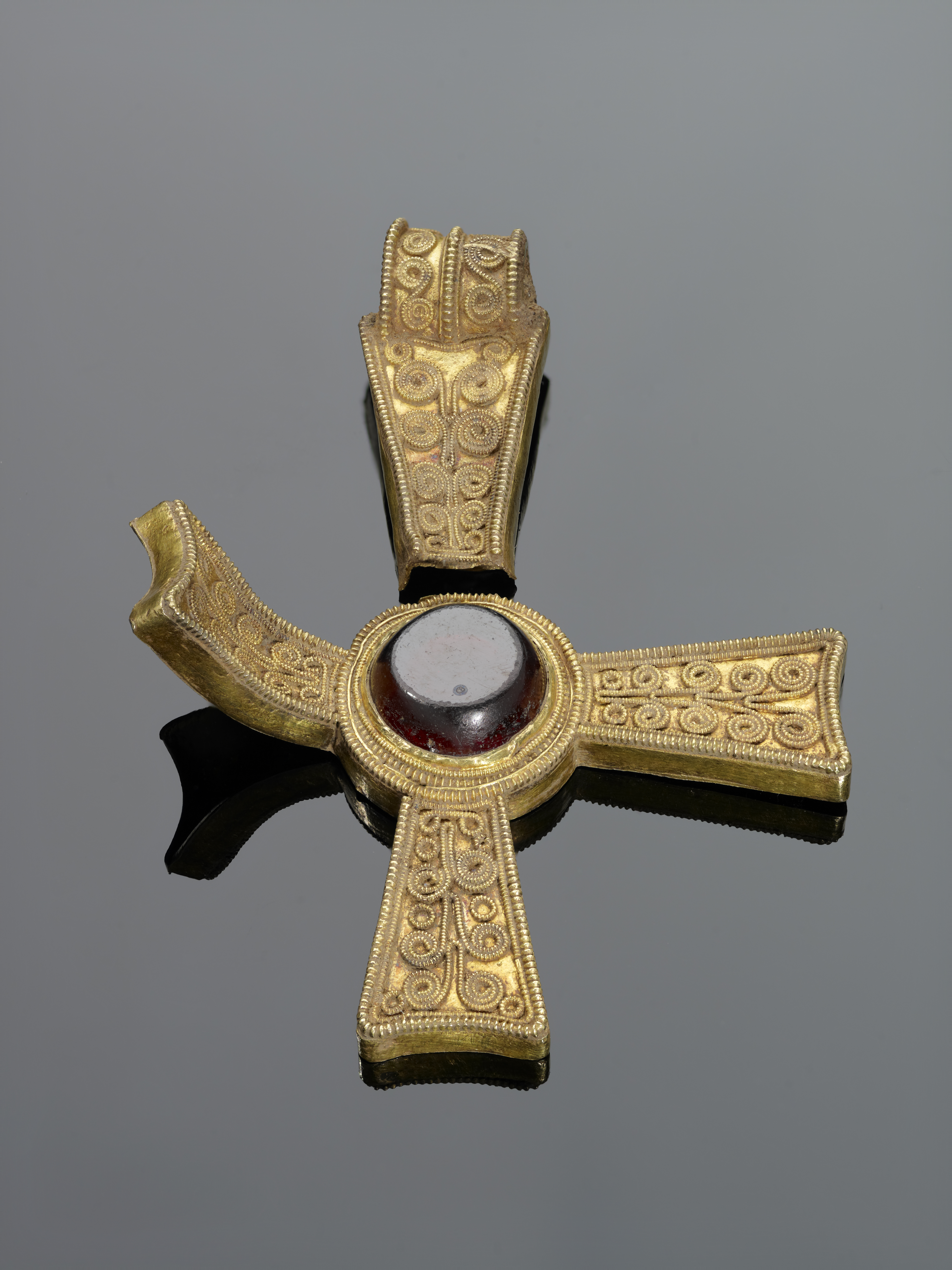 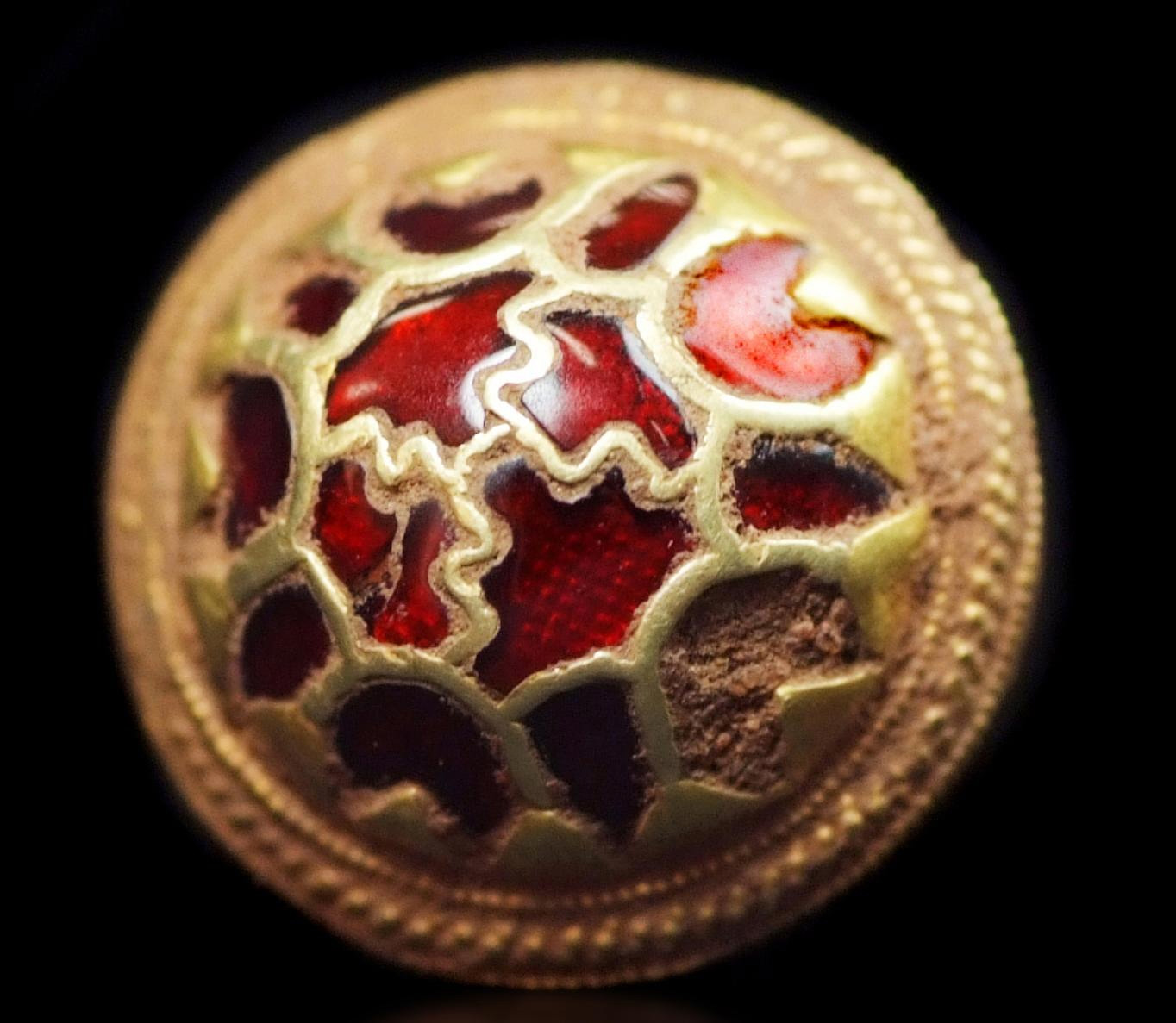 He used the detector to explore a field near Lichfield of farmer Fred Johnson and the find was sold off to museums for £3.285million with the funds were split between them.

Researchers believe the items are a “war hoard” captured in battle by armies from the kingdom of Mercia from neighbouring Northumbria and East Anglia.

A team led by Dr Chris Fern have identified the items as once belonging to the Mercian King Penda, who was battling other Anglo-Saxon rulers for prominence, the Guardian reports.

The treasure was probably buried in haste at a time of turmoil but was never reclaimed.

Around 80 per cent of the items identified are fittings from weapons, mostly swords and the researchers believe it’s remarkable so many were made from gold.

In total, the hoard contained nearly 9lb of gold and included were 50 incredibly rare gold sword pommels as well as parts of a golden helmet.

“What this hoard really shows us for the first time is a golden age in this period of Anglo-Saxon England – and I mean that literally,” he said.

“This was a period when gold was suddenly much more available, and was converted into beautiful objects for the warrior elite.”

The collection includes what it believed to be a “battle shrine” with a processional cross, suggesting Christian emblems were used as good-luck charms for battle.

On it is a quotation from the Book of Number which reads “Rise up, LORD, and let thine enemies be scattered; and let them that hate thee flee before thee”.

Back in 2012, two metal detector enthusiasts struck gold and found a massive hoard of ancient coins worth up to £10 million– after searching for more than 30 years.

Determined Reg Mead and Richard Miles spent decades patiently scouring fields in Jersey after hearing rumours that a farmer had discovered silver coins on his land.

Earlier this year, a metal detecting couple dug up a hoard of ancient silver coins dating back to the Battle of Hastings in 1066 – worth an impressive £5million. 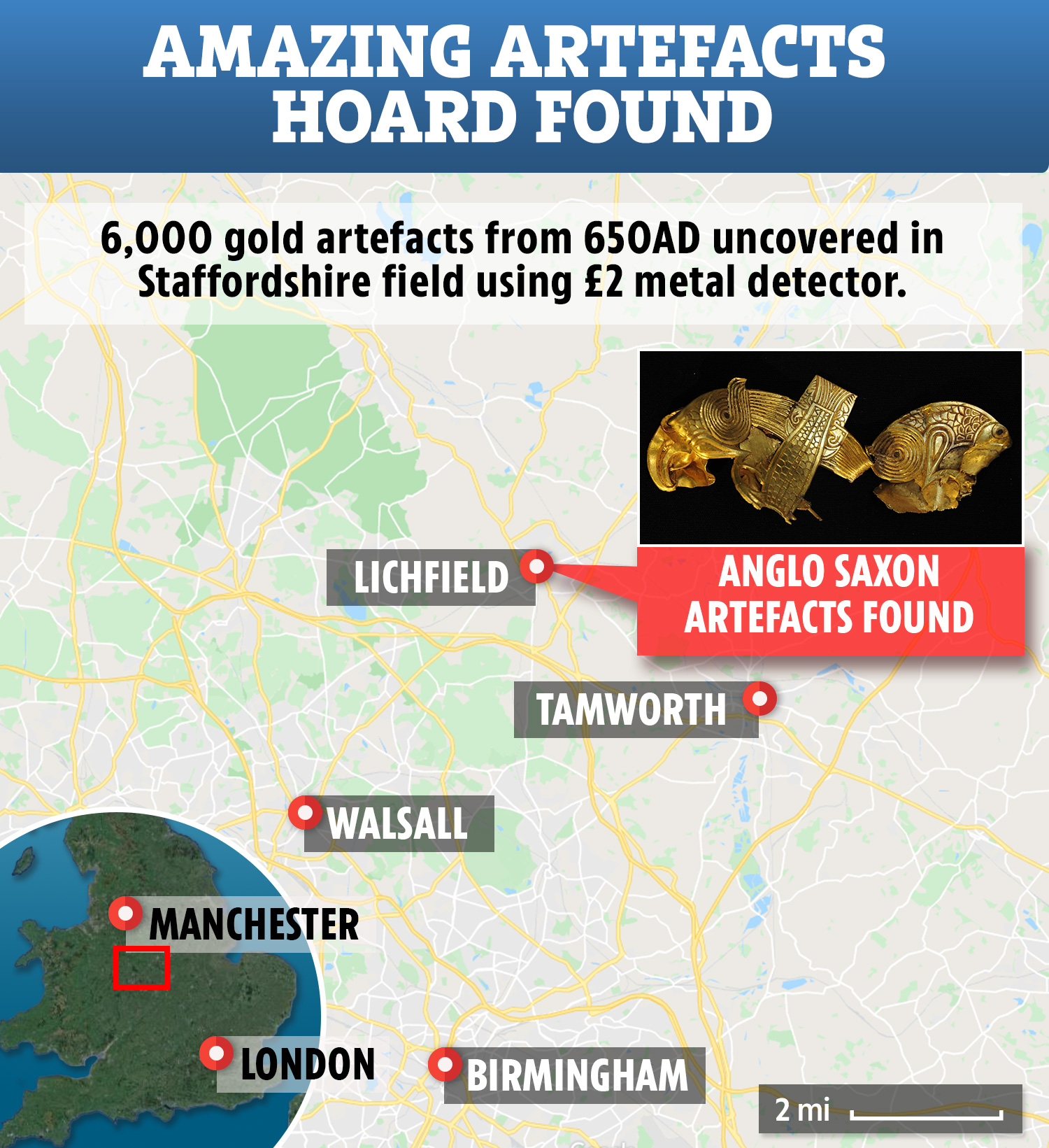 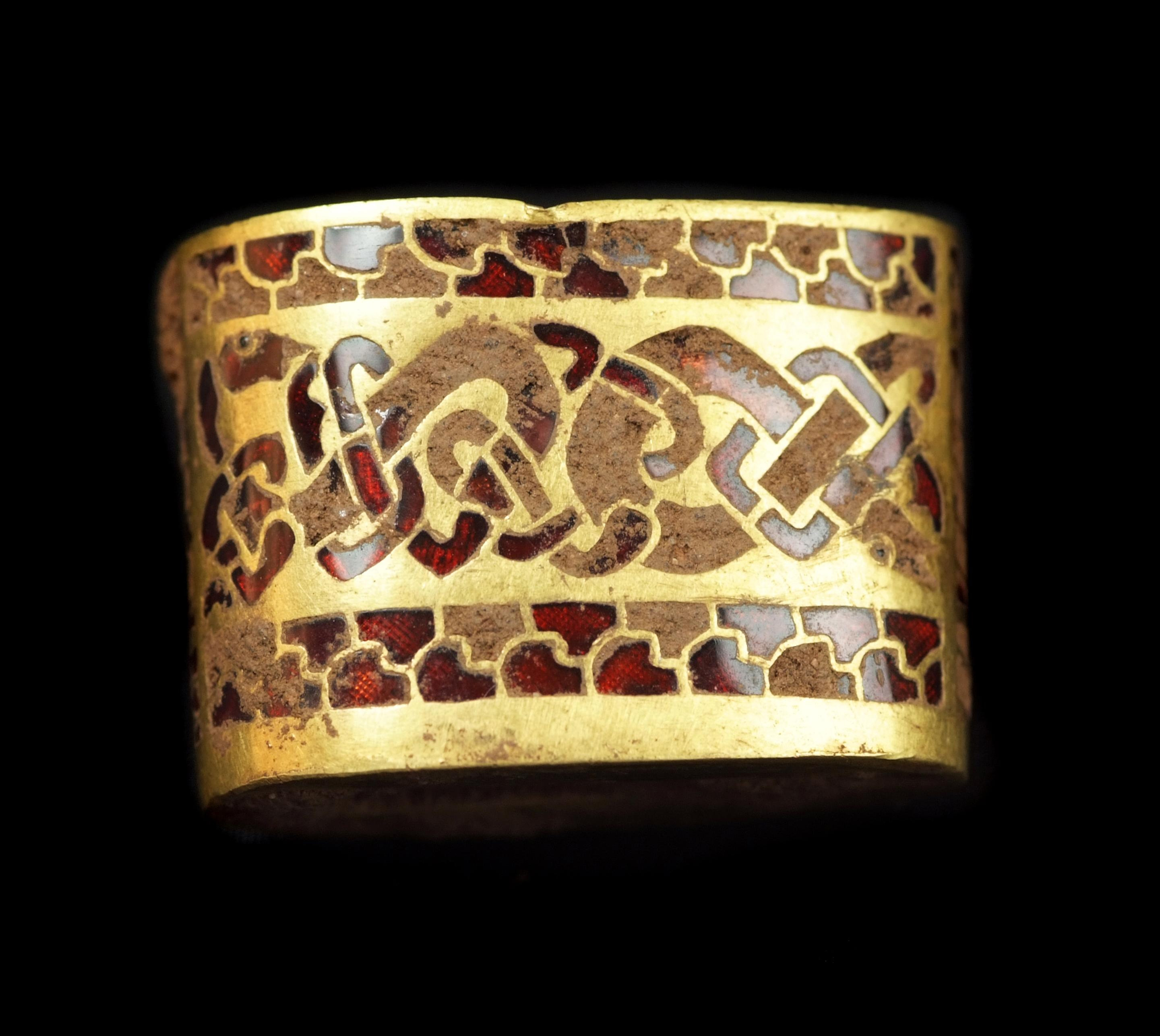 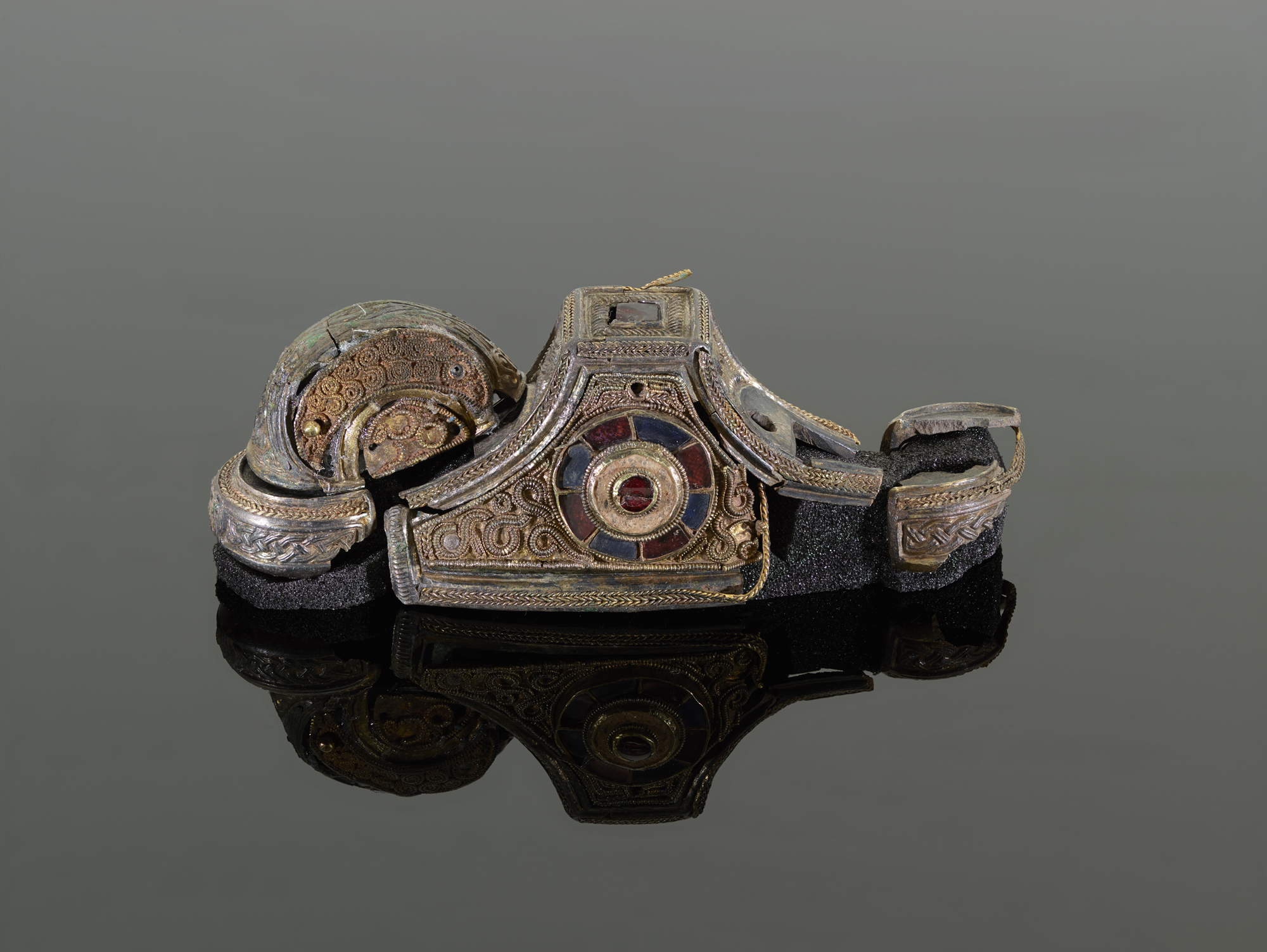 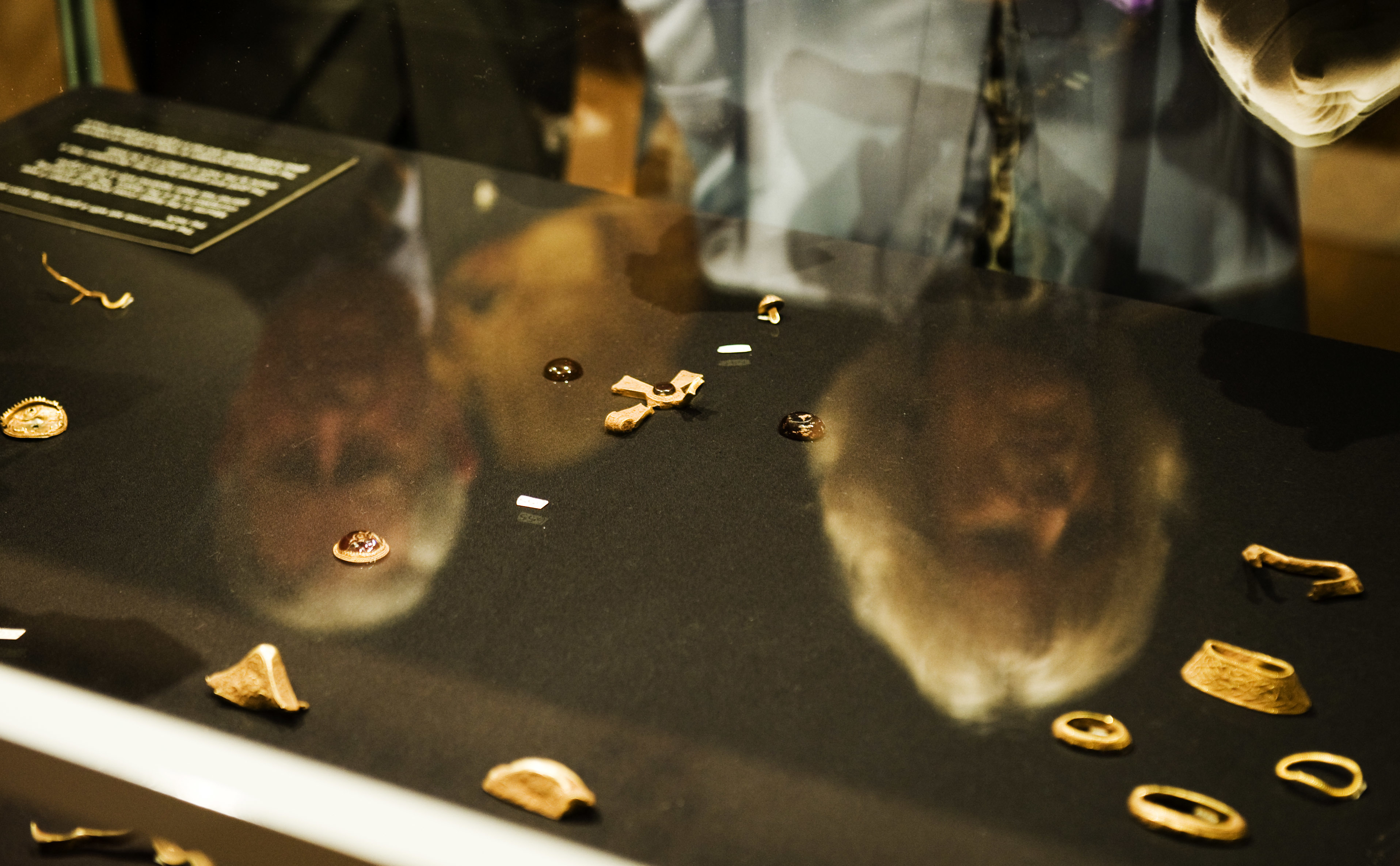 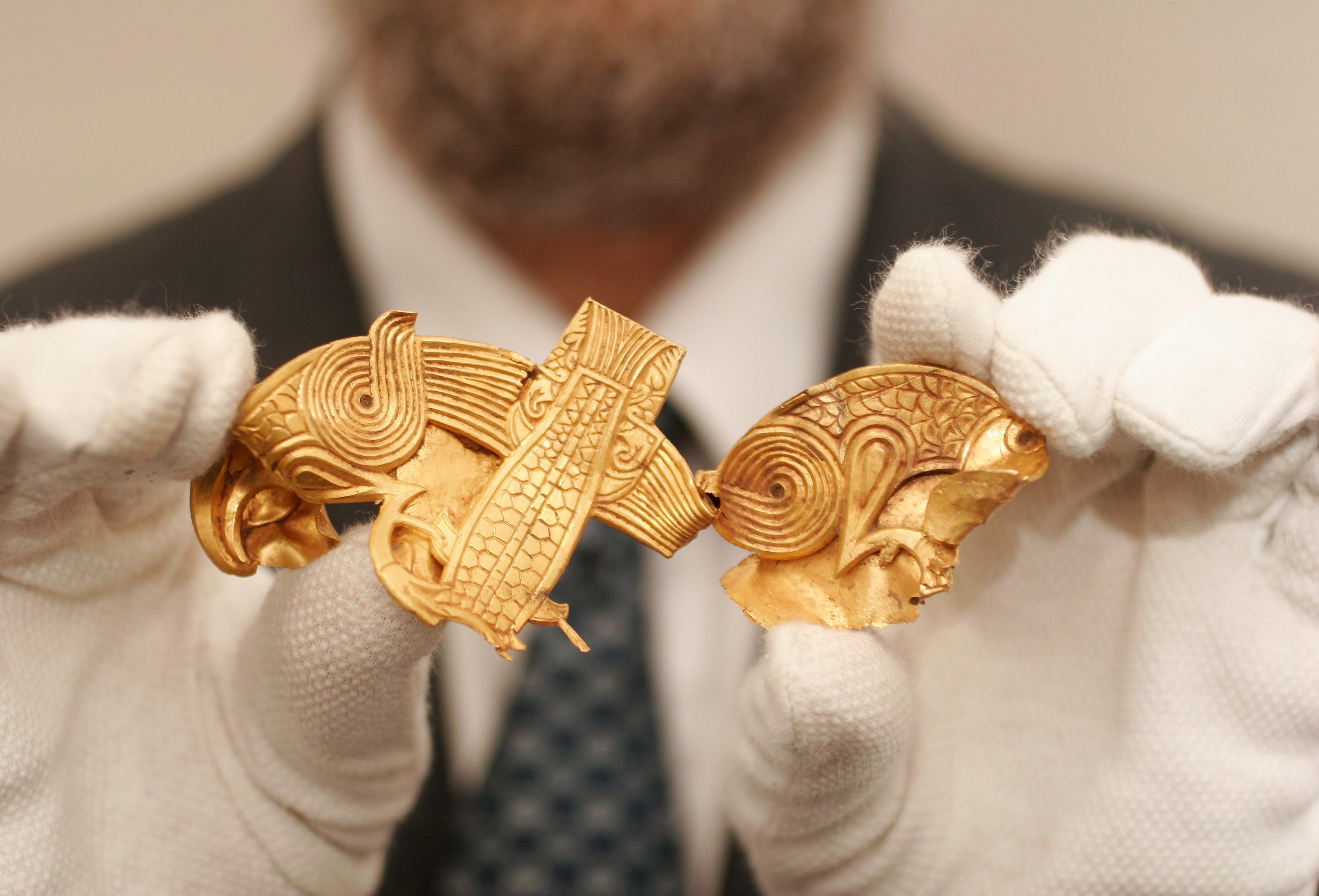 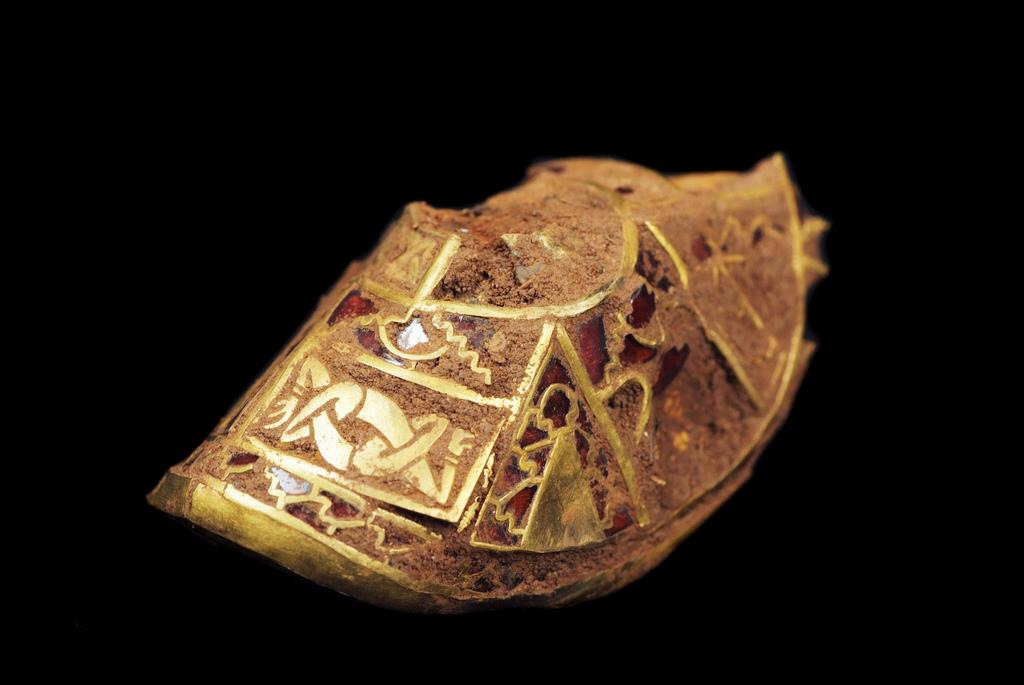 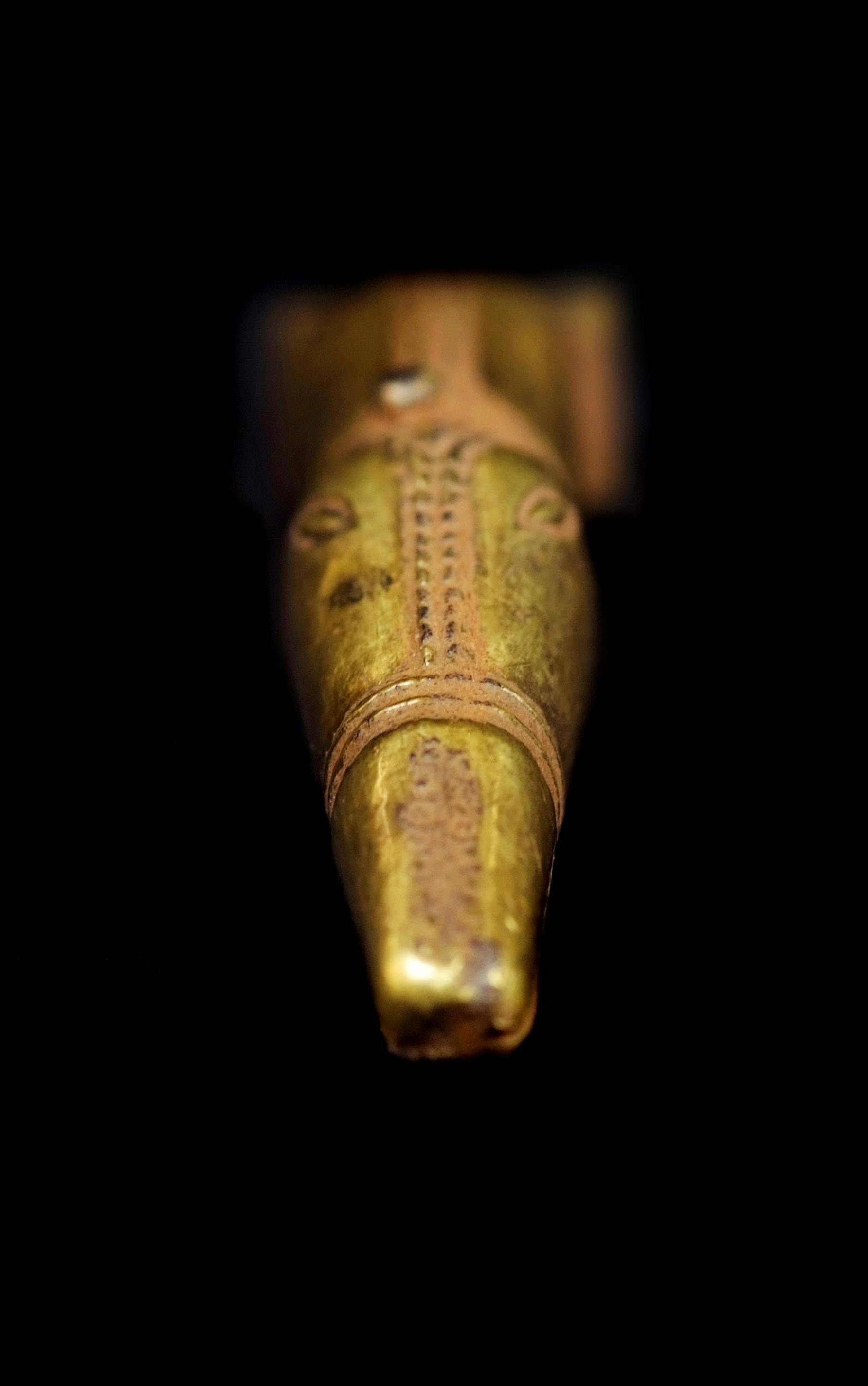