Following two knee surgeries, my neighbour asked me to join her for regular fitness walks. On this autumn morning, her American Staffordshire Terrier came with her. The staffy’s begging eyes had won the day.

After walking at a clip through a swathe of treed parkland, we approached a bridge over the Yarra. The footpath narrows and is fenced from a major arterial road. It was before 9am. We were talking intently, voices raised above the noise of the traffic and the whoosh of cycles. The dog veered and my friend tripped over the lead. 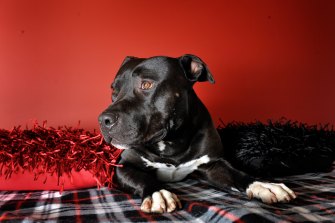 I saw it as if in slow-motion – the shift of the dog, the gasp of my friend, her forward stumble. A little cry of surprise and my walking companion was no longer upright.

She pushed herself to sit up but was unable to move her leg. I crouched next to her on the bluestone. Her foot poked into the bike lane and cyclists slowed to pass. The next lane over, in the peak-hour traffic, motorists crawled by. The staffy sat very still.

I rang the ambulance, they asked our exact location and instructed me not to move her. Minutes later, as promised, they rang back and asked her for more details of the injury.

Many of the pedestrians, dog-walkers and cyclists stopped and asked if they could help. There was a considered courtesy about them. Drivers lowered their passenger windows and asked if we needed a lift. My friend was in more pain than I realised, but when people kept calling out to check on us, we both answered reassuringly we’d be fine.

When her husband arrived it was my turn to disappear as he waited with her for the ambulance. On the path between the trees, I saw one of the dog walkers who had spoken to us. He looked at me inquiringly: “How is your friend?”

I explained about the ambulance then thanked him for stopping when he saw us. “That’s all right,” he said, then paused. “All we have is each other.”

Back home I turned on the news. Listening to the voice of a man in Lismore who’d been trapped on the roof of his three-storey house, I wept. He was rescued at night by a man he didn’t know and taken in a boat to the bloke’s house and offered shelter. When you need to be rescued it’s too true, too real and too raw: all we have is each other.

In the church of my childhood, this statement would have been regarded as a half-truth. But now my faith is informed by the prayer “You made each of us, to bring You as a gift to others”.