ALL pupils must study maths to the age of 18, declares Rishi Sunak, as the Prime Minister makes his first major intervention on education and tackles high rates of innumeracy in the UK

Every pupil in England will study maths to the age of 18 under plans to be laid out by Rishi Sunak today.

In his first major intervention on education since entering office, the Prime Minister will set out his aim to ensure young people are better equipped for the ‘jobs of the future’ by combating high rates of innumeracy in the UK.

Pupils will be forced to take ‘some form’ of maths delivered either through new courses or existing qualifications such as A-levels, T-levels and Core Maths.

Drawing on his own experience at private boarding school Winchester College, the Prime Minister is expected to say in a major speech: ‘This is personal for me. Every opportunity I’ve had in life began with the education I was so fortunate to receive. 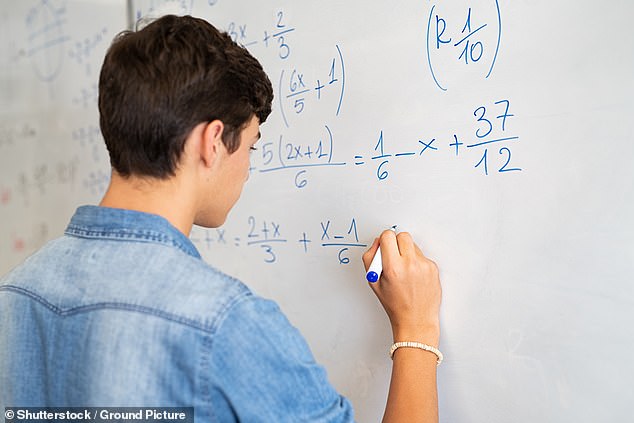 Pupils will be forced to take ‘some form’ of maths delivered either through new courses or existing qualifications such as A-levels, T-levels and Core Maths

‘And it’s the single most important reason why I came into politics: To give every child the highest possible standard of education.

‘Thanks to the reforms we’ve introduced since 2010, and the hard work of so many excellent teachers, we’ve made incredible progress.

‘With the right plan – the right commitment to excellence – I see no reason why we cannot rival the best education systems in the world.’

Around eight million adults in England have the numeracy skills of primary school children, according to Government figures.

Currently only around half of 16 to 19 year-olds study maths in some form. The problem is particularly acute for disadvantaged pupils, 60 per cent of whom do not have basic maths skills at age 16.

Mr Sunak will point out that the UK remains one of the only countries in the world that does not require children to study some form of maths up to the age of 18. 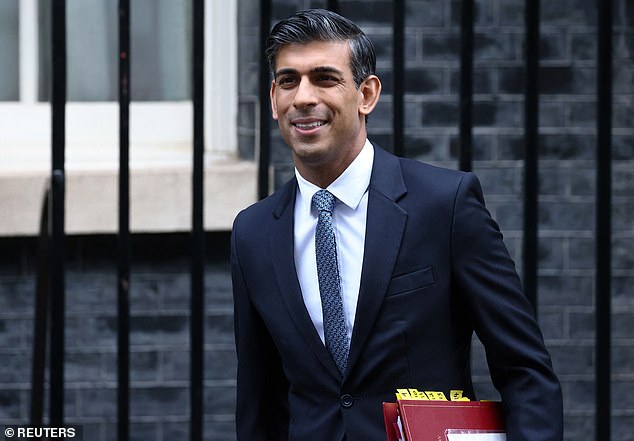 Several countries in the OECD economic forum – including Australia, Canada, France, Germany, Finland, Japan, Norway and the US – all insist that pupils maintain the subject.

‘In a world where data is everywhere and statistics underpin every job, our children’s jobs will require more analytical skills than ever before,’ the Prime Minister will say.

‘And letting our children out into the world without those skills, is letting them down.’

The move will aim to give children a range of quantitative and statistical skills they can use in the world of work, and in their personal lives.

They could be given lessons on personal finance, for example how to handle the search for the best mortgage deal or savings rate, or lessons on how to manipulate databases.

It is unlikely that A-level maths, which has a heavy focus on teaching theoretical methods such as algebra and calculus, will be made compulsory for teenagers. 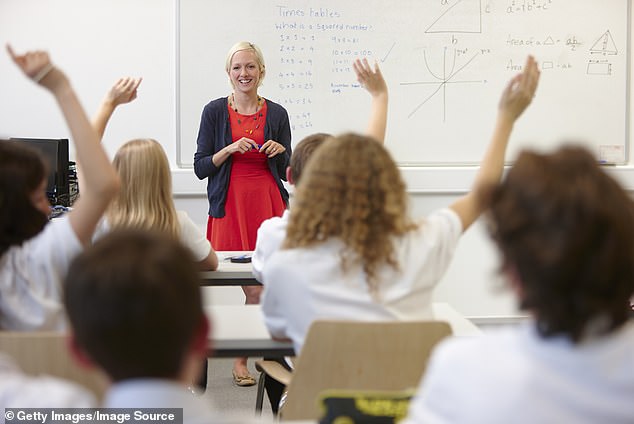 Currently only around half of 16 to 19 year-olds study maths in some form. The problem is particularly acute for disadvantaged pupils, 60 per cent of whom do not have basic maths skills at age 16

Instead, the Government said it expected to use existing qualifications, such as the Core Maths qualifications and T-Levels, as well as ‘more innovative options’, which it has not elaborated upon.

A Government source said: ‘There has rightly been a lot of emphasis on literacy and phonics, and we now need the same focus on numeracy. We owe it to young people to give them the skills they need.

‘There are so many occupations that require more maths than they did even a decade ago – look at something like marketing and advertising, where it is all about analytics and data.’