Launching his new Alba Party’s election campaign today the former SNP First Minister said that discussions with Westminster should begin in ‘week one’ of the new assembly.

A poll at the weekend suggested pro-independence parties are on course to win 79 of the 129 seats available on May 6.

With a swipe at Borids Johnson’s refusal to allow a new referendum, Mr Salmond said: ‘Even if he can ignore a party he cannot ignore a parliament and a nation’.

‘Our belief is that in the first week of the parliament, the parliament together should issue an instruction to the Scottish government to begin negotiations for Scottish independence,’ he said.

‘Thereafter we see the formation of a Scottish independence convention which will represent all of the elected members in Scotland.

‘We think that is the way to go to give strength and power, using the super-majority which we anticipate in the parliament to redress the balance between Westminster and Scotland.’

Current SNP policy is to hold a referendum, with or without consent from the UK Government, if an independence majority is elected on May 6. However, the party has said any referendum, which could be challenged in the courts by Westminster, would only take place after the pandemic is over.

The Alba Party leader made what he called the ‘declaration for Scotland’, on the 701st anniversary of the 1320 Declaration of Arbroath, in which Scottish leaders including Robert the Bruce vowed not to be subjugated by England. 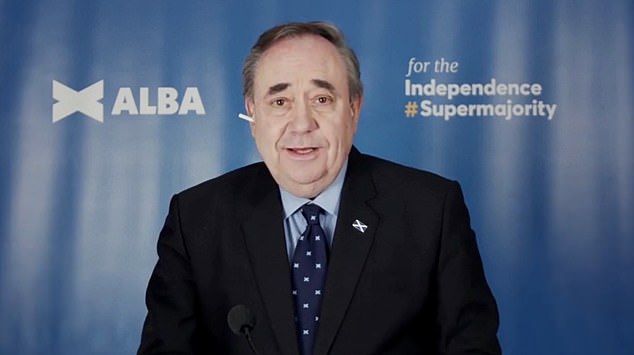 Launching his new Alba Party’s election campaign today the former SNP First Minister said that discussions with Westminster should begin in ‘week one’ of the new assembly. 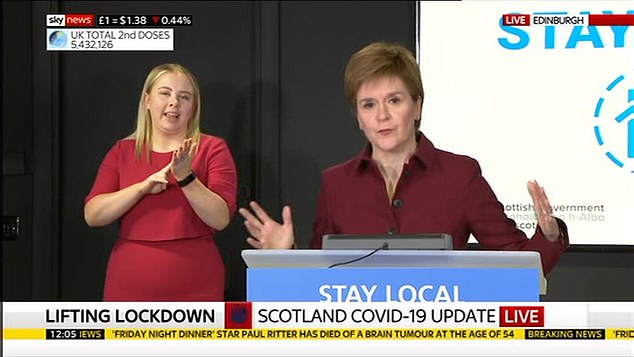 Mr Salmond had earlier pledged to work with arch enemy and former protegee Nicola Sturgeon today in a bid to win independence for Scotland.

The Declaration of Arbroath was written in 1320 by Scottish barons and earls asking the Pope to recognise Scotland’s independence and acknowledge Robert the Bruce as the country’s lawful king.

It was created during Scotland’s long war of independence with England, which began with Edward I’s attempts to conquer Scotland in 1296.

Originally written in Latin, the most famous words in the declaration are: ‘As long as but a hundred of us remain alive, never will we on any conditions be brought under English rule.

‘It is in truth not for glory, nor riches, nor honours, that we are fighting, but for freedom – for that alone, which no honest man gives up but with life itself.’

His campaign launch came as Scottish Tory leader Douglass Ross said pro-Union voters should not ‘flirt’ with smaller parties like George Galloway’s All For Unity, claiming they will reduce the overall number of MSPs who oppose Scottish independence.

An opinion poll at the weekend put All for Unity (also known as Alliance for Unity) on 4 per cent of the list vote, which could be enough to gain it a single seat according to one analysis.

Mr Ross said this would come at the cost of reducing other pro-Union parties’ MSPs in the list vote.

Speaking on Tuesday, he said: ‘The numbers are clear in opinion polls.

‘The fringe, smaller parties do enough to take support away from all pro-UK parties but don’t get enough support to have a significant number of MSPs elected.’

Mr Salmond had earlier pledged to work with arch enemy and former protegee Nicola Sturgeon today in a bid to win independence for Scotland.

The former First Minister said that ‘independence is a bigger cause than personalities’, just days after quitting the SNP to set up and lead the rival Alba Party.

He set up the new separatist group ahead of Scottish Parliament elections in May, after a long-running row with the current First Minister over the handling of allegations of sexual harassment against him.

But while he pledged to find ‘common ground’ with Ms Sturgeon in the cause of Scottish independence, he admitted on Good Morning Britain they had yet to make up.

Asked when they last spoke, he said: ‘Way back, some considerable time ago.’

He added:  ‘Not just myself and Nicola, but all politicians have to cooperate on common cause, if the people elect Nicola Sturgeon as First Minister then I’ll cooperate with Nicola Sturgeon.

‘If people elect Alba into the Scottish parliament, with that strong predominant list of feminist politicians, a party led by me, then of course we’ll be part of that contribution and part of the positive atmosphere. The national interest is above personalities.’

He told GMB this morning: ‘We’re trying to build an independent supermajority in the (Scottish) Parliament, basically because we think Boris Johnson will say no to a single party, the SNP,(but) he’ll find it much more difficult to say no to an entire parliament speaking for a nation.’

The SNP, the Scottish Greens and the Alba Party are forecast to win 79 of the 129 Holyrood seats between them, according to a survey by Panelbase for the Sunday Times. 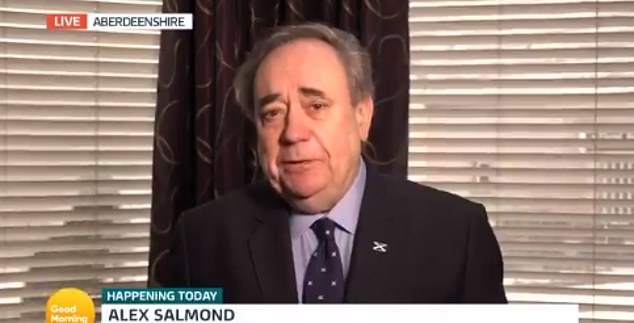 The former First Minister said that ‘independence is a bigger cause than personalities’, just days after quitting the SNP to set up and lead the rival Alba Party. 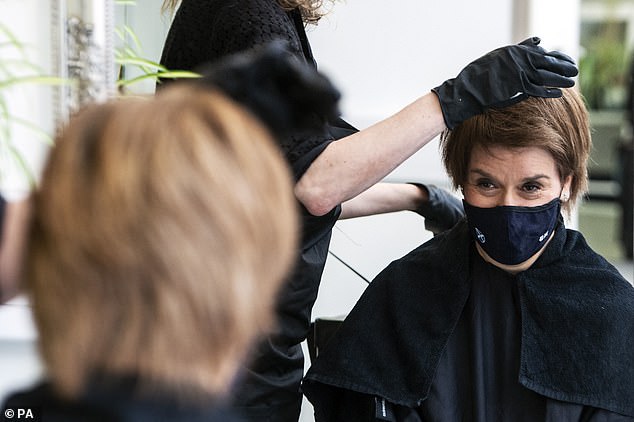 But while he pledged to find ‘common ground’ with Ms Sturgeon (pictured yesterday as hairdressers in Scotland reopened)  in the cause of Scottish independence, he admitted on Good Morning Britain they had yet to make up. 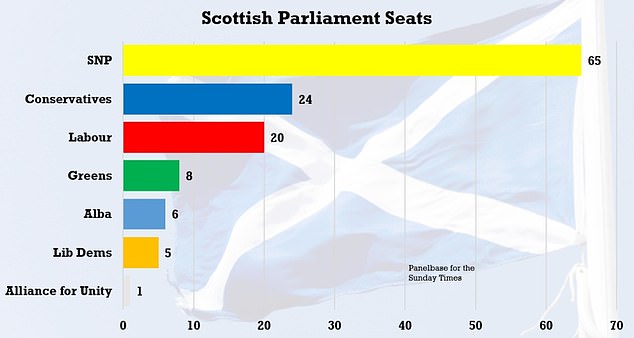 The SNP is set to gain two seats to take it to 65, a narrow outright majority. The poll also found that the Greens will add six seats to their current two.

And in its most surprising finding it found that Alba, which only launched last week, could win six seats on the regional list.

An analysis of the poll by Sir John Curtice of Strathclyde University put the Scottish Conservatives on 24 seats, Scottish Labour on 20 and the Liberal Democrats on five.

George Galloway could enter the Scottish Parliament as his pro-union Alliance for Unity group may take a single seat.

But it means that the pro-independence parties are way ahead, which will buoy their efforts to force the Prime Minister to allow a rerun of the 2014 referendum.

He has refused to allow it, saying the 2014 vote, which went 55-45 in favour of Scotland remaining in the UK, was a ‘once in a generation’ poll.