A retired police officer has warned shoppers after her Aldi own-brand candle exploded, sending shattered glass flying across her home.

The product is currently still on sale in Aldi stores for £3.99, offering candle lovers ‘a whopping 170 hours burn time’.

But the company has warned Christmas shoppers to follow the printed safety instructions when lighting the aromatic candles. 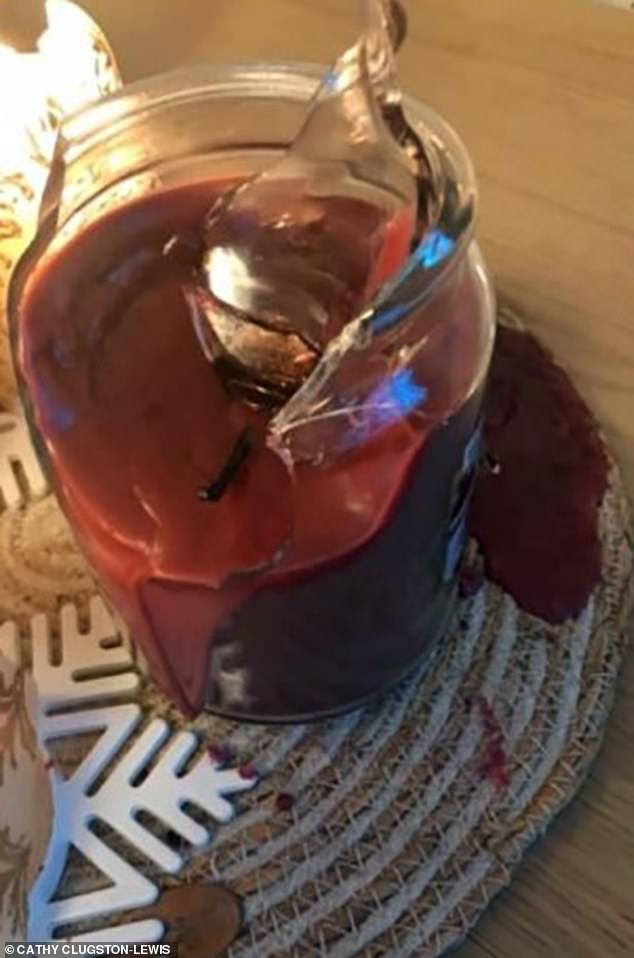 Cathy Lewis-Clugston, 58, said Aldi’s £3.99 candles are ‘not fit for purpose,’ after one ‘exploded’ at her home in Derbyshire. The retired police officer had left it next to several other candles that were also burning

The former police officer said she had several candles burning when she heard a loud bang, sending her terrified cat running upstairs.

‘I noticed the candle had gone out but on closer inspection, I realised that the flame hadn’t just burned out – the glass jar encasing the candle had shattered.

‘I went over and there were large chunks of glass scattered about on the coffee table.

‘I’d put the candle on a wicker mat, and there was wax all over the place. I thought; “It’s exploded”. 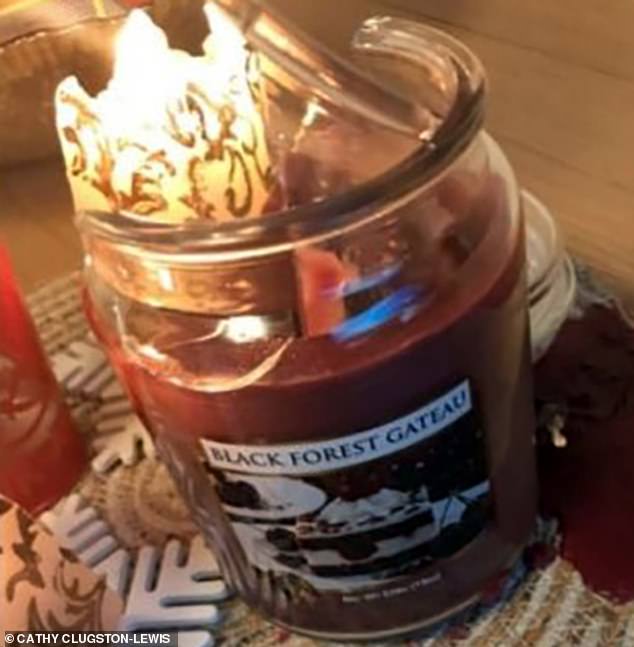 The explosion left behind hot wax and shards of glass across her living room and terrified her cat, Lizzie 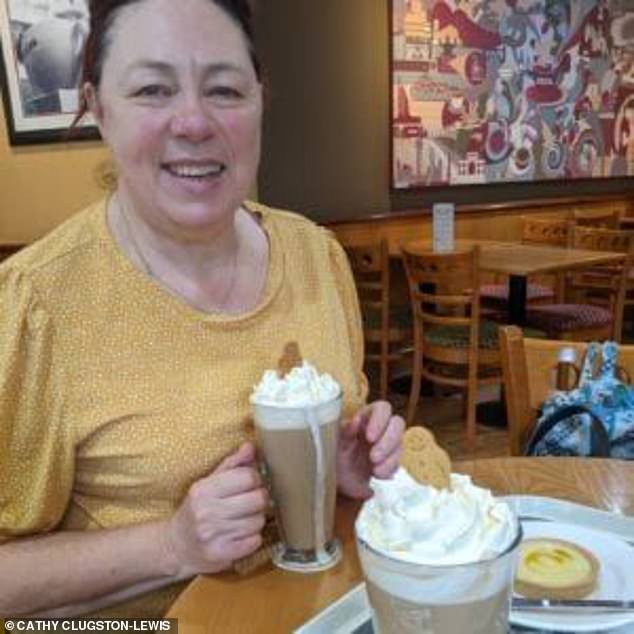 Ms Clugston-Lewis said she has burned scented candles for ‘years and year,’ but this was ‘the only time,’ one had exploded

‘As somebody who likes scented candles, I’ve burned them for years and years, quite often Yankee ones, but other ones as well.

‘Never once has this happened. This is the only time.’

Luckily she wasn’t harmed, nor was her cat, Lizzie, though the pet was left frightened by the explosion.

Ms Lewis-Clugston, who was alone in the house, said: ‘It’s just lucky I wasn’t sitting next to the candle, and there weren’t kids or anyone else around.

‘I am a retired police officer. I can say I’ve been to house fires in my job that have been caused by far less than things like that.

‘After I realised what it was, I was really quite angry. It clearly isn’t fit for purpose if it can’t withstand the heat from the flame, and it shouldn’t be sold.’

In October this year, Emily Redfearn posted images on Twitter of her Aldi Coconut Noir Candle in pieces after it went up in flames and shattered.

In the tweet she wrote ‘Hey @AldiUK, we’ve just had one of your candles set fire and explode in our bedroom. 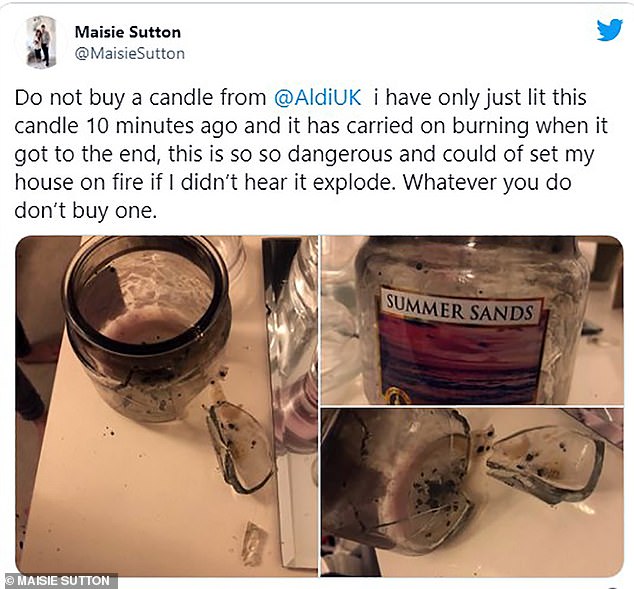 Several other women have raised concerns over the safety of Aldi’s candles, but the German supermarket says they are safe when users follow the instructions provided

‘We lit the candle around four hours before this. Thankfully we both noticed it, but how has this passed safety tests?

‘The outcome could have been a lot worse than the burn marks on our furniture.’

In December 2019, a Liverpool mum said her son was ‘nearly blinded’ when the supermarket candle exploded glass across the room.

Emm Landers said the Aldi Number 3 candle was placed on the bottom of the fireplace before it ‘became like a bomb’.

In July this year, Maisie Sutton shared a similar experience with the Aldi Summer Sands candle, warning fellow Twitter users not to buy them after one ‘exploded’ just ten minutes after it was lit.

A spokesperson from Aldi said: ‘We are sorry to hear about Ms Lewis-Clugston’s experience.

‘Candles should always be used in accordance with the safety instructions provided, including ensuring the correct distance between multiple candles.’