Whenever a nation votes to change governments, there is a modicum of anxiety about what the future might bring. The bombast and hyperbole of the campaign trail is done; the time for work begins.

The challenge of transitioning from opposition to government produces legitimate questions: will the incoming administration exercise its power with integrity? Will it succeed in implementing its policies? Will the state of the nation improve? 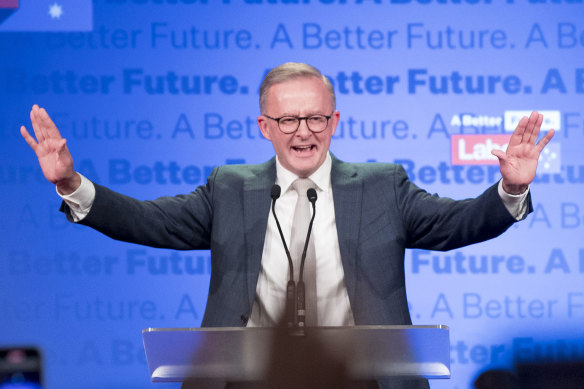 As David Crowe observed in his interview with Prime Minister Anthony Albanese in The Age, while the Labor government has achieved some significant, tangible policy successes in its first seven months, many challenges lie ahead.

Let’s look first at the positives. On foreign policy, the new government has made some big strides. It has reset the dialogue – if not entirely the agenda – with China. Gone is the bellicose language of the Morrison government, and in its place is a cautious but inviting tone. Discussion lines are open again, and that is vital to peaceful, collegiate dealings.

In Asia and the Pacific, Foreign Minister Penny Wong has initiated valuable efforts to strengthen relations with neighbouring nations that barely rated a blip on the previous government’s radar.

And the nation has repaired its rift with France, both in form and substance, after paying $830 million compensation to French Naval Group due to the Morrison government’s abrupt termination of the submarine-build contract.

At home, the Albanese government decisively tackled the problem of rapidly rising energy costs by last week locking in legislation to cap domestic wholesale prices of coal and gas that feed into the nation’s electricity system.

Last month it struck a deal with ACT independent senator David Pocock for multipronged workplace legislation that, among other things, will make it easier for workers to bargain with their employers. It allows for an annual review of income support payments to inform the annual budget, preserves the “better off overall test” to ensure no worker loses out on conditions when bargaining, and enshrines workers’ rights to unpaid parental leave.

Also in November, the Senate passed legislation creating a National Anti-Corruption Commission – a historic first, and something promised but never delivered by the previous government. We hope it might go some way towards strengthening Australians’ confidence in governmental institutions.

The challenges that lie ahead are substantial. The conflict in Ukraine has wreaked havoc on the global economy, forcing up prices for oil and other key commodities, triggering inflation, and rattling investors’ confidence.

Back home, energy and food prices have soared, as has the cost of rental accommodation. Official interest rates have rocketed by 300 basis points, from 0.1 per cent before the election to 3.1 per cent, adding pressure to mortgage-holders and potential home buyers already battling comparatively high house prices.

Yet unemployment, at 3.4 per cent, is the lowest for many decades. After tight pandemic restrictions ended earlier this year, Australia’s international borders are open again, allowing for the return of tourists and foreign students and providing a gateway for labour to fill skills shortages.

More than anything else, Prime Minister Albanese has changed the mood of the nation – no small feat. He has brought calm, dignity, and a sense of reliability and trustworthiness to the office.

Importantly, his team has steadfastly pursued constructive negotiations across the parliamentary benches. On the questions of power with integrity, success in implementing policies and improving the state of the nation, the Albanese government so far has done well.

Albanese has grown into the role, perhaps exceeding even his own expectations, and his approval rating has soared to 60 per cent since the election.

For all that, the prime minister’s greatest challenge may be the promised referendum to enshrine in the Constitution a Voice to parliament. It was the primary commitment Labor made at its election launch.

Whether it can succeed without delving into viciously divisive debate may well determine the Albanese government’s place in history.

Michael Bachelard sends a newsletter to subscribers each week. Sign up to receive his Note from the Editor.