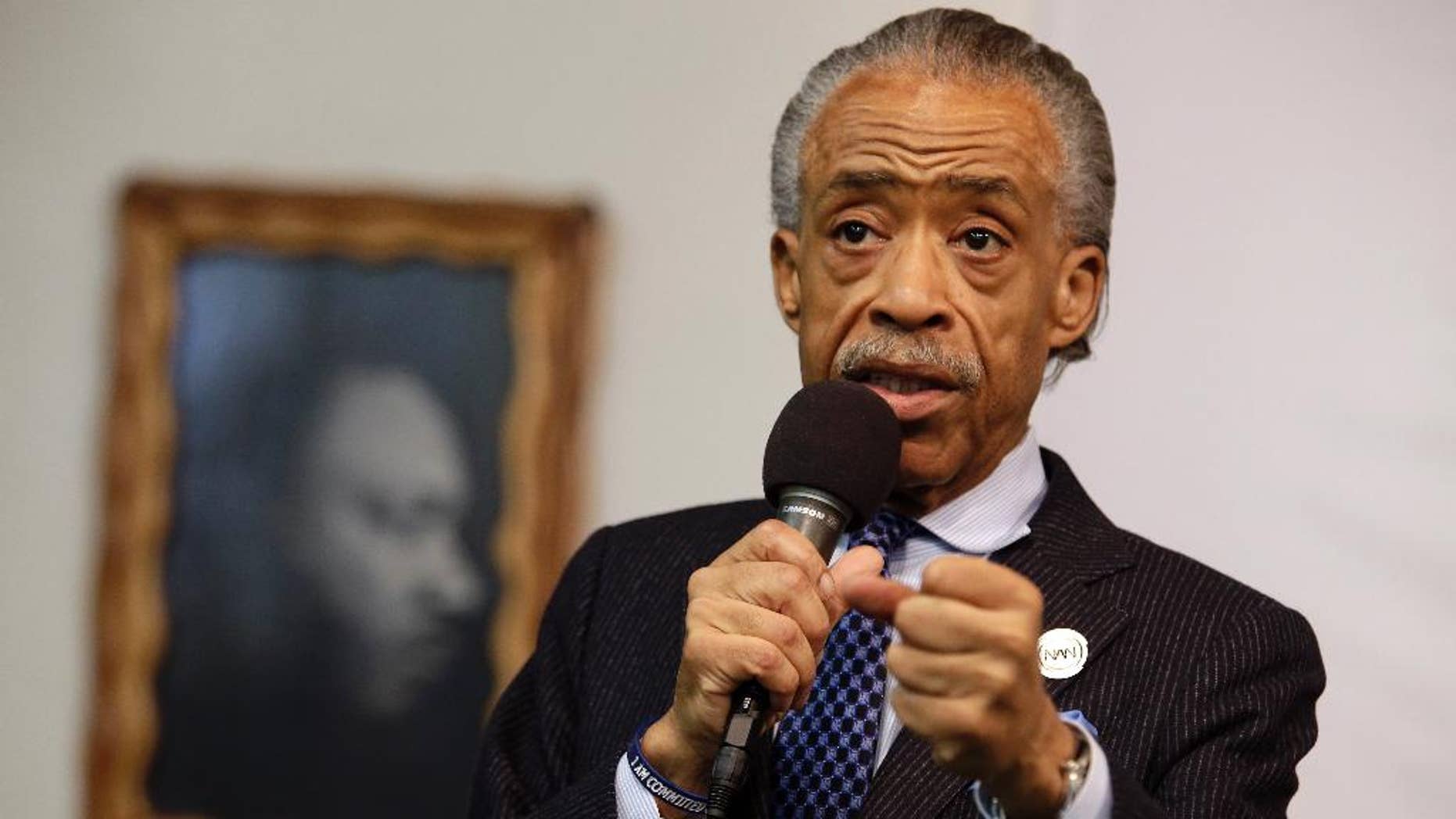 The Rev. Al Sharpton has found an eager buyer for the rights to his life story — his own charity.

The National Action Network agreed to pay the activist preacher $531,000 for his “life story rights for a 10-year period,” according to the non-profit’s latest tax filing, which was obtained by The Post.

NAN can apparently turn around and sell those rights to Hollywood or other takers at a profit, but neither the reverend nor the charity would identify what producers are waiting for such Sharpton content.

The document does not indicate when Sharpton, who is president of NAN, gets the cash, which is above and beyond the $244,661 he already pulled down in compensation from the group in 2017.

Sharpton also wouldn’t say when the cash would come in.

“What does that have to do with anything?” he said, speaking to The Post Saturday from South Africa, where he is hosting an MSNBC broadcast on the 100th anniversary of Nelson Mandela’s birth.

Sharpton claimed the idea for the deal came from two NAN board members, whom he would not name.

He said they wanted to create a source of revenue for the civil-rights organization after he steps down in about a year.

“This way they make a profit from the beginning and all of the revenues,” he said.

Sharpton said he had contracts for two movies, with a third contract in the works. One of these movies is already in production, he claimed. He would not provide details of any of the projects.

He said a play was being shopped around and there were other assets that would generate revenue for NAN, including a recording where James Brown is singing and he’s talking, and video footage of him with Michael Jackson.

“You’ve got real property here. You’re not talking about just me as an activist. These are non-related NAN things that are the saleable items,” he said.

Sharpton said that the assets were appraised and the movie deals alone could bring in at least triple to NAN over what it was paying him for the rights.

The organization says a private donor put up the money to make the purchase, but did not name the donor.

Nonprofit experts said the transaction could be troubling because NAN — whose mission includes criminal justice reform and police accountability — was doing business with its president.

If NAN paid too much it could run afoul of IRS rules regarding excess benefits given to a nonprofit’s key officials, which might put its tax-exempt status in jeopardy, Marcus Owens, a former IRS official and a partner with the Loeb & Loeb law firm in Washington, DC.

“When I see this kind of thing, it just makes me roll my eyes because there’s so much potential for funny business,” said Linda Sugin, a Fordham University Law School professor and associate dean.

“When I see this kind of thing, it just makes me roll my eyes because there’s so much potential for funny business.”

But Sugin questioned such how such independence was achieved.

Daniel Borochoff, the head of Charity Watch, said the transaction would have been “a lot cleaner” if Sharpton sold the rights himself to a production company and then donated any profit in excess of $531,000 to NAN.

The Harlem-based National Action Network, which Sharpton founded in 1991, holds weekly “action rallies” at its House of Justice headquarters and an annual convention that has drawn President Obama as a speaker.

The event has been sponsored in the past by large corporations, including Walmart, PepsiCo and Ford.

The nonprofit took in $6.3 million in revenue last year, up from $5.8 million the year before, according to its tax filings. Its years of outstanding taxes were paid off in 2014.

Sharpton, who hosts the “PoliticsNations” show on MSNBC, managed to pay off a chunk of his tax debt to the state and feds in the last year.

City records show a $1.3 million tax lien to the IRS was satisfied in February, but records show he still has $2.5 million in outstanding federal liens against him and one of his companies.

NAN has maintained that Sharpton is paying taxes on an installment plan. The liens don’t reflect partial payments.